Accessibility links
All Over The World, Thirsty Muslims Have Their Ramadan Go-To Drinks : The Salt After a long day of fasting, especially in summer, thirst can be stronger than hunger. The drinks of choice are usually sweet and fruity, but each country puts its own spin on a refreshing beverage.

All Over The World, Thirsty Muslims Have Their Ramadan Go-To Drinks

All Over The World, Thirsty Muslims Have Their Ramadan Go-To Drinks 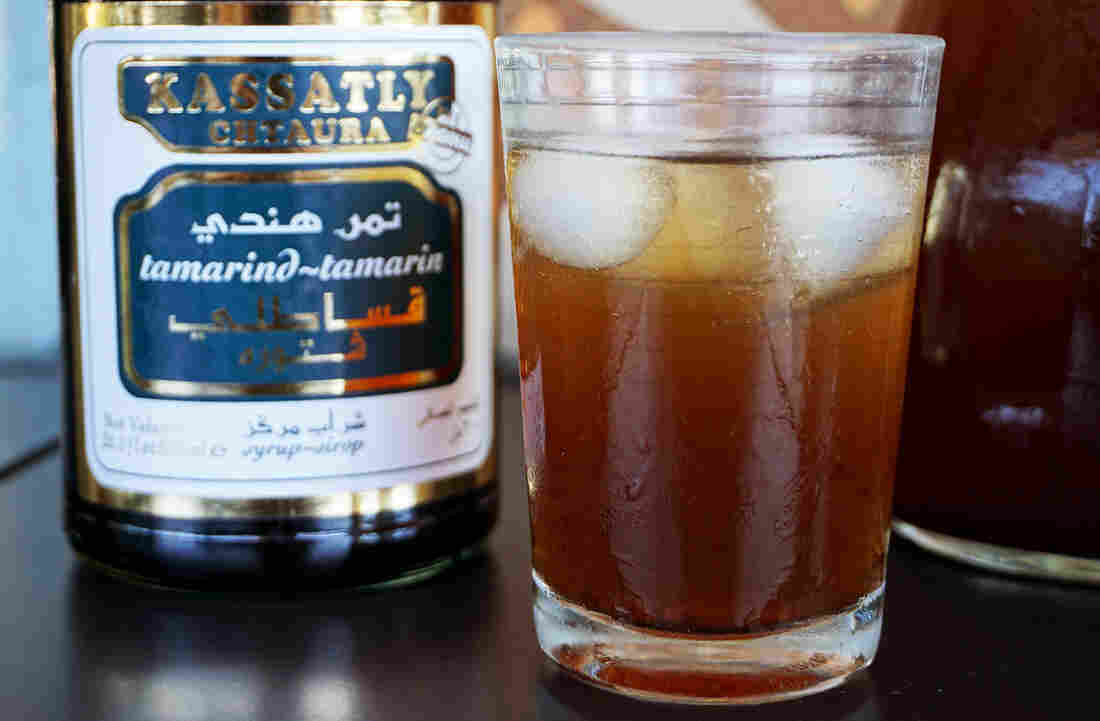 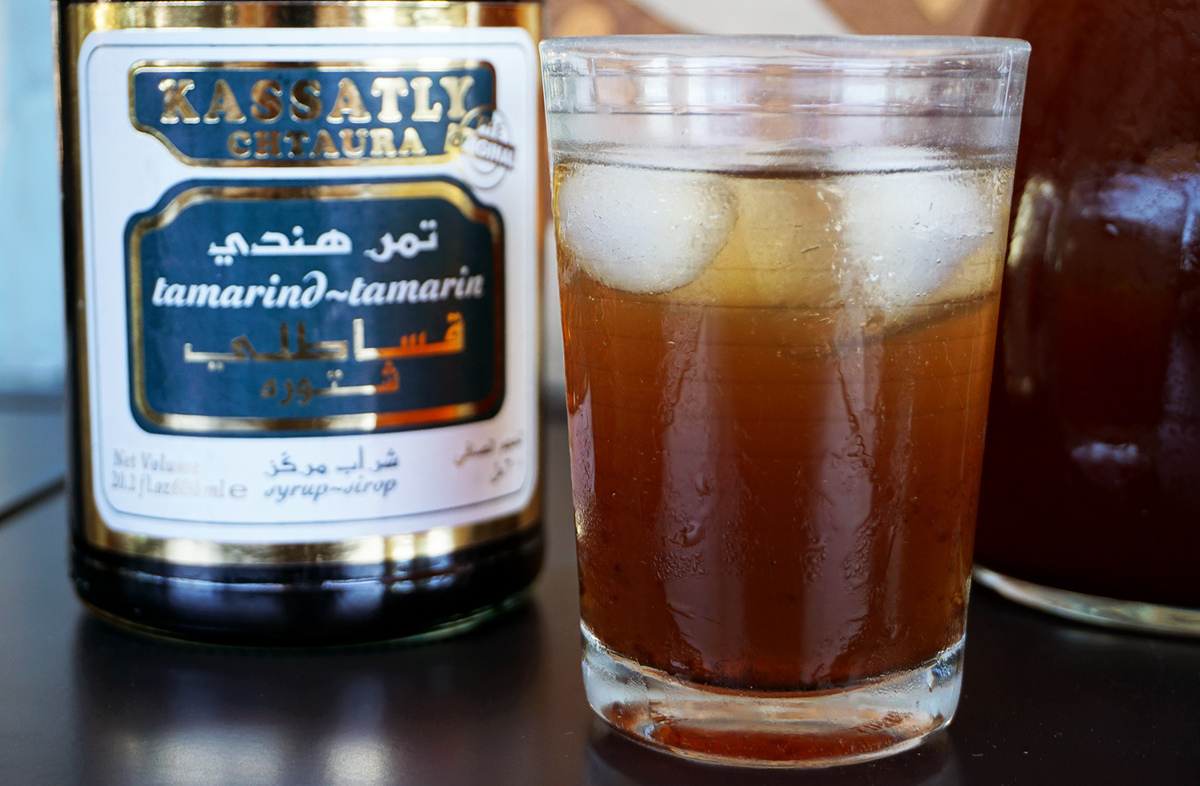 During Ramadan, refraining from even a bite to eat is a challenge, but what about a month of daylight hours without anything to drink?

"After a long day — especially in summer — of fasting, one becomes more thirsty than hungry," says food blogger Amira Ibrahim. "So when it is time to break your fasting day, everybody rushes to the drinks."

"The basis for [fasting from] drinking and food is the same," explains Imam Adeel Zeb, interfaith scholar and Muslim chaplain at The Claremont Colleges. "God says in the Qur'an: O you who believe, fasting is prescribed for you, as it was prescribed for those before you, so that you may become pious." Fasting, Zeb says, provides a constant physical reminder of God, as well as a reminder of all the people in the world who don't have enough food or water. "It creates an impetus of both gratitude and charity," he says.

"The Islamic fast is a complete fast, with absolutely nothing passing your lips during the hours of the fast," says Saadia Faruqi, author and interfaith activist. "This is why only healthy adults may fast, and not anyone whose health would be adversely affected by a lack of water or food. The fast is negated or broken if you inadvertently drink water." When Ramadan coincides with summer, many Muslims avoid going to the beach or a swimming pool to make sure that no water enters their mouths.

Once the evening call to prayer sounds, the fast can be broken, and hydration is paramount. 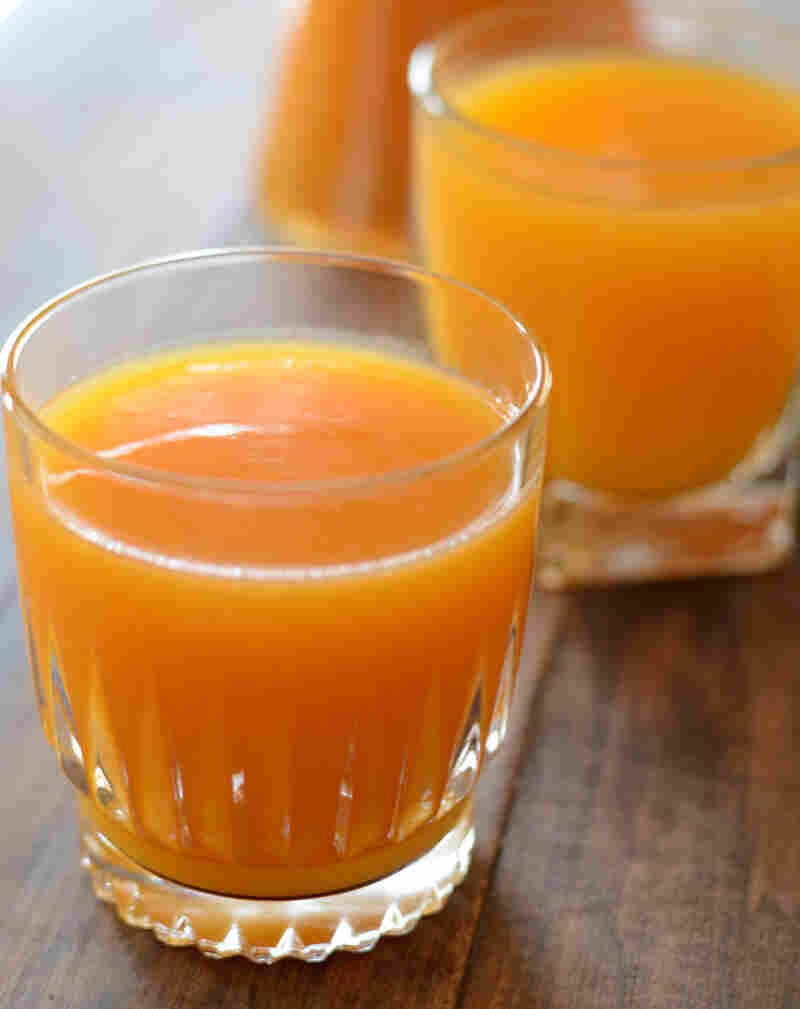 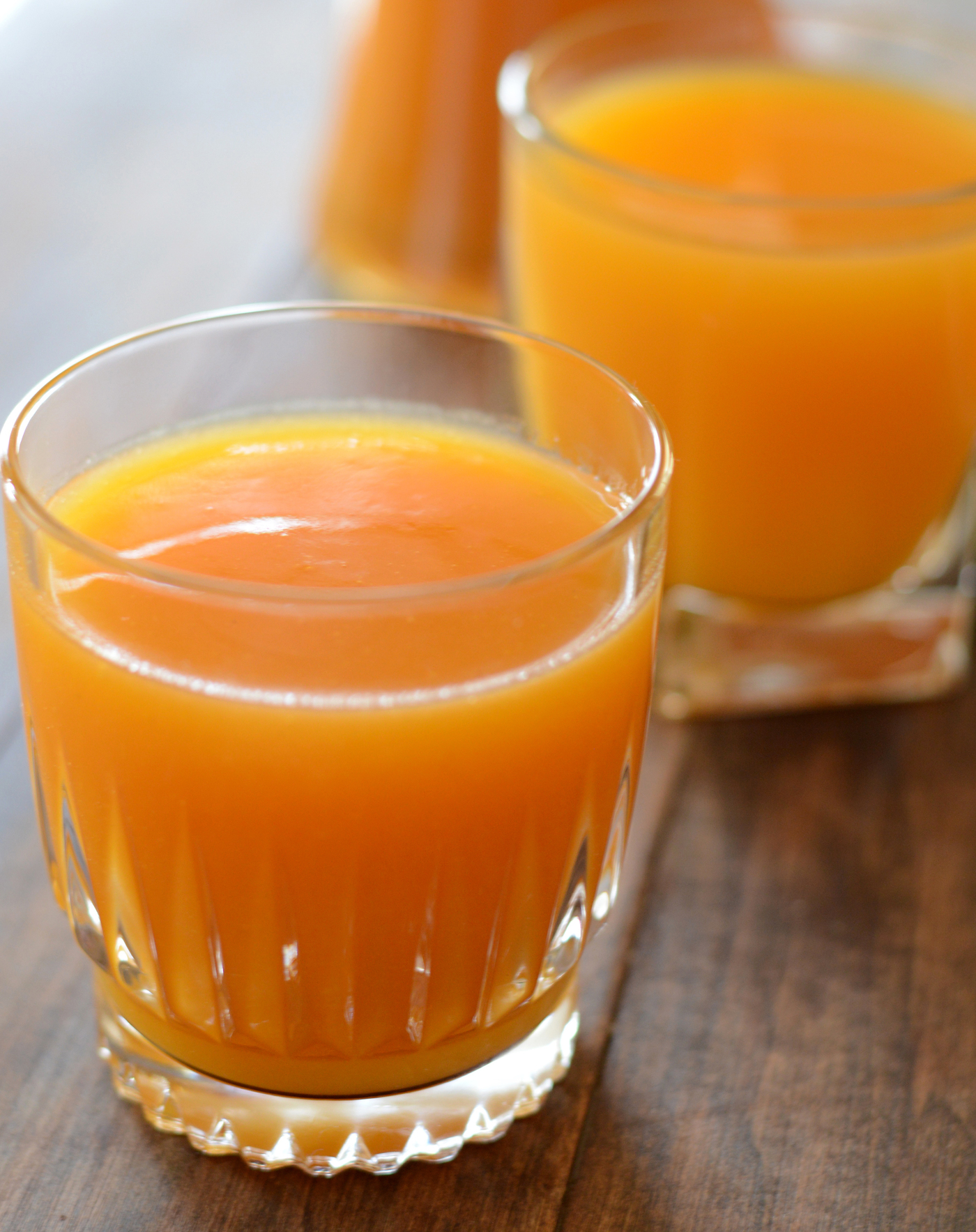 In Ibrahim's native Egypt, locals turn to qamar al-deen, a thick apricot nectar. "Qamar means moon, and al-deen means religion," Ibrahim says. Ramadan begins when the new crescent moon is spotted, and it is said that the drink "got its name from a caliph back in the old days, who used to pass this drink as a celebration of seeing the Ramadan crescent moon."

Ibrahim wasn't fond of qamar al-deen as a kid in Cairo, but now she can't imagine Ramadan without it. "Although it would be a lovely drink to enjoy any time, especially in the summer, it only appears on Egyptian tables during the holy month of Ramadan," she adds. Ibrahim shares her recipe here, for anyone interested in trying it at home.

Favorite Ramadan drinks vary by country. In Jordan and Lebanon, tamer hindi, a tamarind-based beverage, is often offered alongside qamar al-deen. In Palestine, carob juice (kharoub) is the drink of choice, says Dima Al Sharif, a Palestinian chef and cookbook author who lives in Dubai. Emiratis follow Prophet Muhammad's tradition of breaking the fast with a glass of milk or liquid yogurt. In neighboring Saudi Arabia, sobia, a cold drink made with barley, brown bread, cinnamon, sugar and cardamom is a traditional Ramadan refresher, sold street side in plastic baggies.

A Month Of 'Fast' Food: Recipes For Ramadan

Around the globe, Ramadan beverages restore electrolytes and offer a sugar kick. In Indonesia, many Muslims break their fast with es kelapa muda, made with the water and flesh of a young coconut, typically sweetened with coconut sugar or syrup, and sometimes garnished with bits of fruit. Drinks made with the fluorescent pink syrup Rooh Afza appear across the South Asian subcontinent during Ramadan. First produced in 1907 by a doctor of herbal medicine in New Delhi, the syrup is said to contain essences of flowers, fruits, vegetables and herbs, including rose petal, orange, pineapple, mint, cilantro and even spinach. 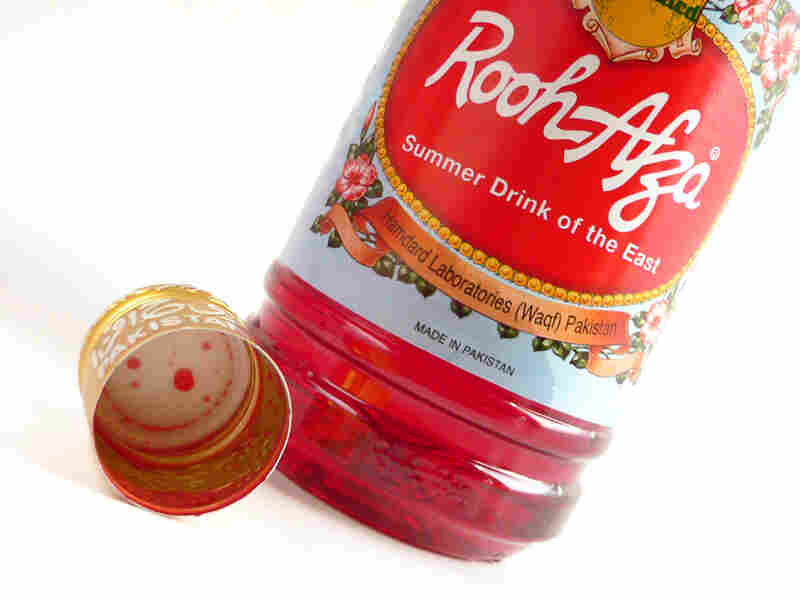 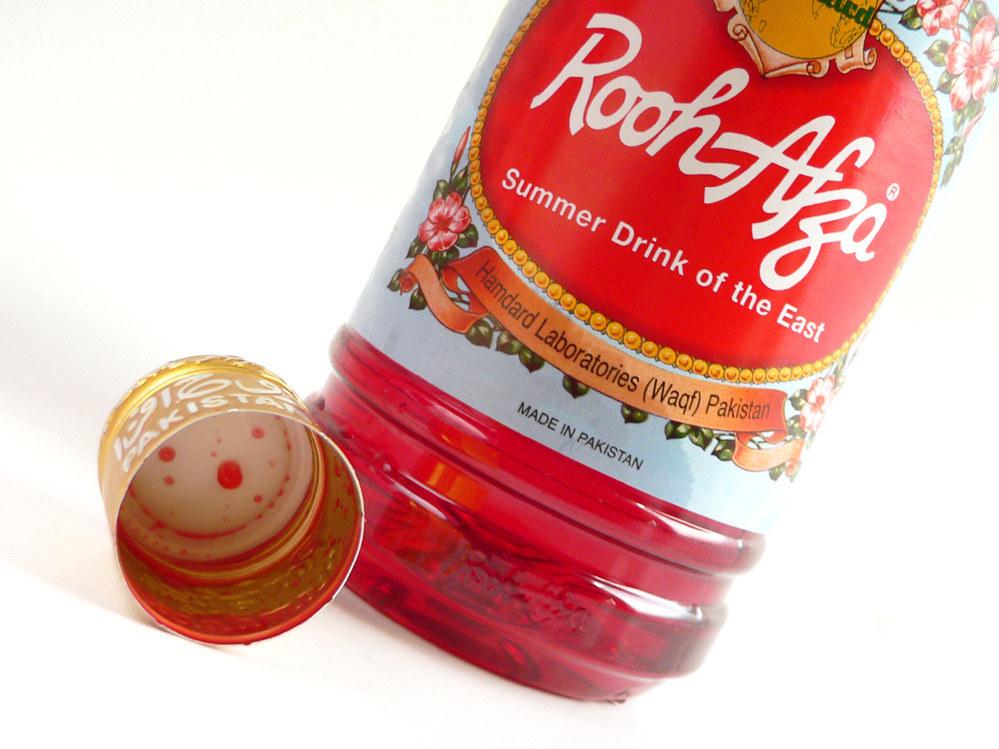 Growing up in Pakistan, Faruqi drank Rooh Afza mixed with either water or milk. She notes, however, that "it not something universal among all Pakistanis or all Muslims."

While traditional Ramadan drinks bring back childhood memories for some Muslims, others have new favorites to quench their thirst. Zeb's favorite beverage for breaking the fast? An ice cream milkshake with protein.

Since Ramadan follows a lunar calendar, its start date shifts by 10 days each year. When the holiday coincides with warm weather — as it does for the majority of Muslims this year — not drinking is especially challenging.

"The first couple of days are usually the hardest," Ibrahim says. "But as the month goes by, your body gets used to it and it becomes second to nature. Still, you get thirsty by the end."