Accessibility links
'Pink Slime' Trial Begins, But It's The News Media Under The Microscope : The Salt The icky name refers to cow trimmings added to ground beef to lower its fat content. In 2012 ABC News revealed the practice. Now a beef company's defamation suit for those reports is finally in court. 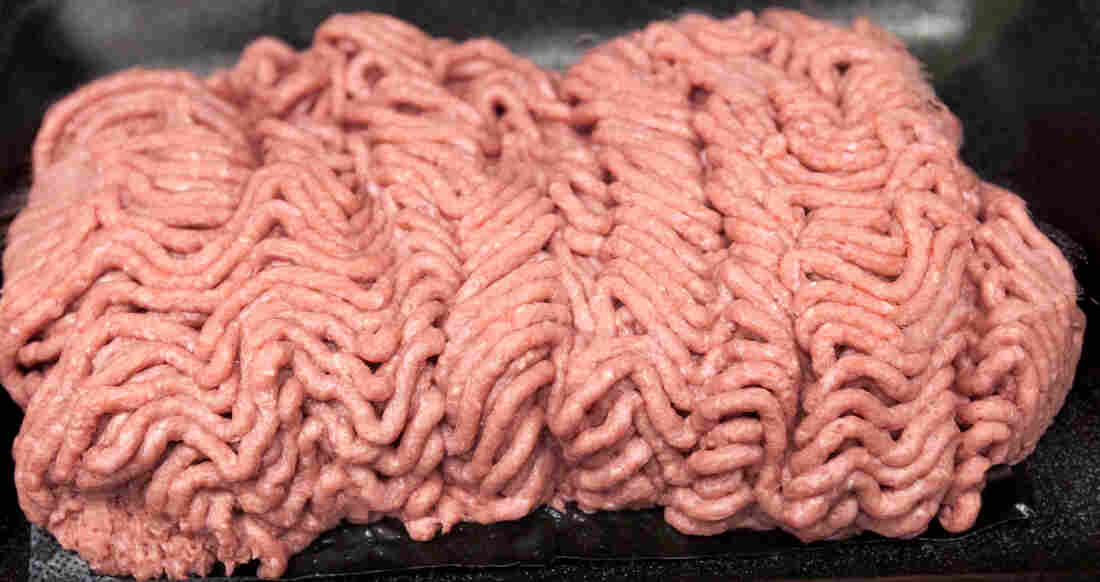 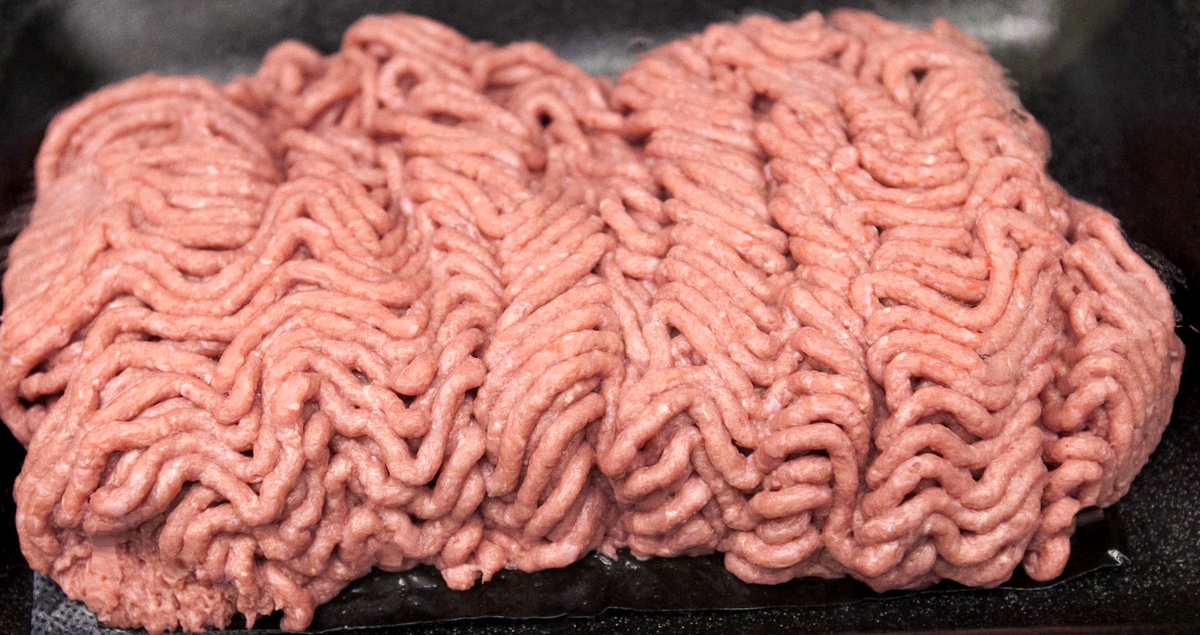 In a South Dakota court room, ABC News will defend a series of stories it reported five years ago in a defamation law suit. Jury selection started Wednesday.

It's a trial that could prove to be a measure of public attitudes toward the media.

Back in 2012, ABC Correspondent Jim Avila reported on a practice of a South Dakota-based company called Beef Products, Inc.

To lower the fat content of its ground beef, the company added something it called finely textured beef product, made from the trimmings of the cow – lean bits derived from muscle and connective tissue — after it was butchered.

"Seventy percent of the ground beef we buy at the supermarket contains something he calls pink slime," Avila said in a clip from the original reporting – using the name for the substance that former USDA scientist microbiologist Gerald Zirnstein had given it: "pink slime."

ABC News pointed out in its stories that the addition of "pink slime" was common and not unsafe to eat, but was not labelled on meat packages.

Beef Products, Inc. says sudden public awareness of something with such an unappetizing name cost it business, leading it to close three plants and lay off more than 700 workers. In the wake of the ABC News reports, fast-food chains severed ties with the company, and hundreds of thousands of people signed petitions to keep pink slime" out of school lunches. In 2012, Beef Products, Inc. brought the suit that is just now coming to trial.

All Things Considered host Robert Siegel discussed the case with Jane Kirtley, director of the Silha Center for the Study of Media Ethics and Law at the University of Minnesota. A transcript of their conversation follows, edited for brevity and clarity.

Chances Are 'Pink Slime' Is In Grocery Store Beef, Too

What does the company, Beef Products, Inc., have to show to win a defamation judgment against ABC News?

Is the company bringing this action under both laws?

It's suing under everything under the sun – product disparagement, interference with business operations and a variety of other claims.

Can Beef Products, Inc. argue successfully that by being the only company that was described doing this — even though it was done by many other companies — that this constituted defamation in some way?

One of the questions about the agricultural disparagement law is whether it deals with the company or with the product itself. BPI has claimed that essentially what ABC News has said is that the company was complicit in mislabeling or not labeling when [finely textured beef product] was included in beef that was sold to consumers in grocery stores.

This case reminds me of Bismarck's line that people who want to savor either sausage or the law shouldn't watch the process of making either one. Making beef can look pretty ugly here. Is that essentially the essence of the lawsuit?

ABC News actually did some reporting at BPI and showed what it characterized as a pristine plant with pristine processing. But the mere use of the phrase pink slime was something that captured the public imagination and I think, frankly, escalated the ick factor.

This case comes to trial at a time when the so-called mainstream media, which would include ABC News, are routinely attacked for purveying fake news and the president of the United States complains about lax libel laws. Could this case possibly move the standard for defamation?

It's only a trial decision at this point, so of course, it would have no precedential value. But I do think it's a bellwether in the sense that it raises two very critical issues. One is that BPI claims that ABC News was basically on a disinformation campaign, which is another way of saying fake news. The other goes at the heart of what the media are supposed to be doing, which is informing the public about things that might be matters of interest to them but which corporate America might not be interested in sharing with them. And I think that was ABC's justification for doing this story – simply to let people know that this substance was in their ground beef.