Accessibility links
Food Critic Now Halfway Through Taco-A-Day Quest. Will He Fold? : The Salt In January, Mike Sutter of the San Antonio Express-News began his great adventure by eating at a different joint every day for a year. And six months in, we thought we'd taco bout how it's going. 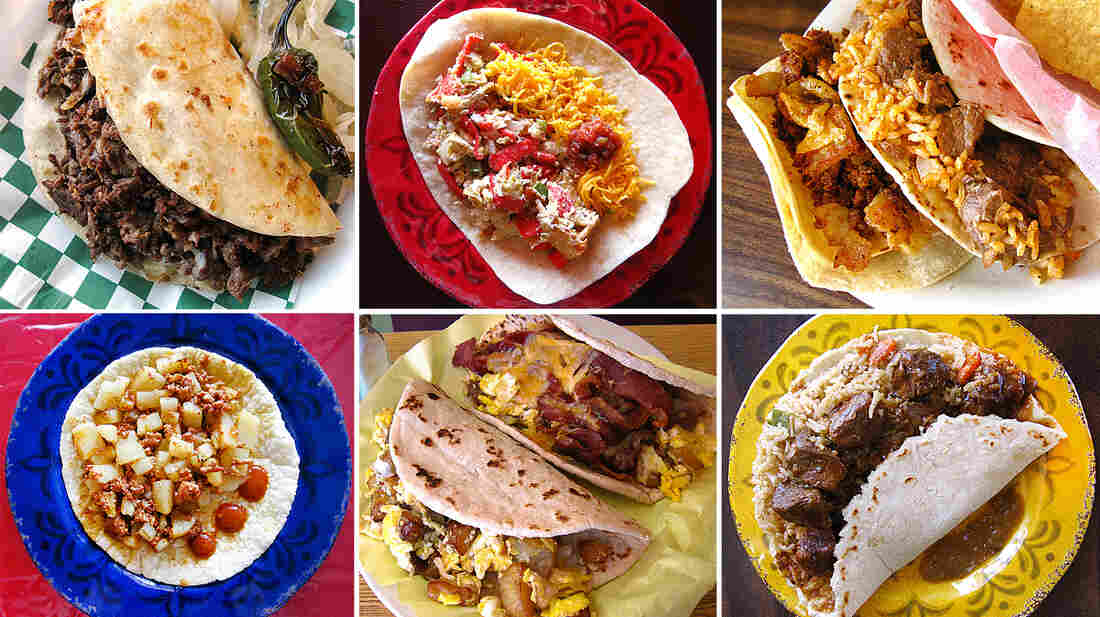 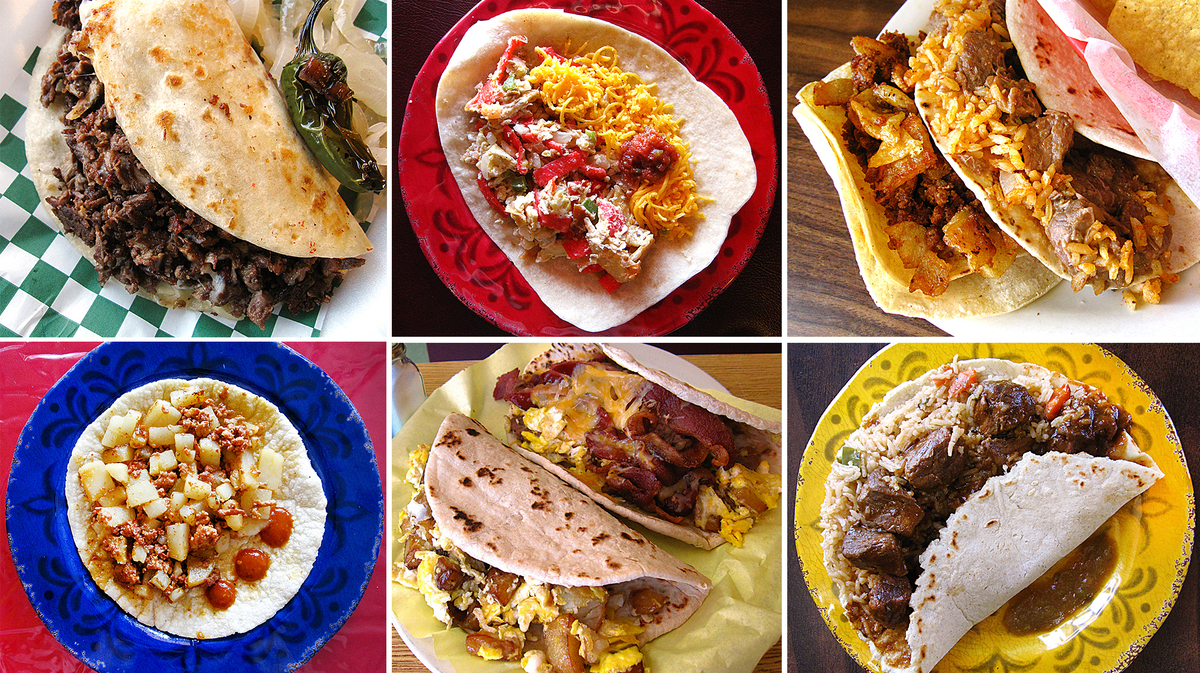 One taco is good, but two tacos are better. By that reasoning, hundreds of tacos should be incredible.

And Mike Sutter, food critic for the San Antonio Express-News, is now about halfway through his "365 Days of Tacos" quest to eat at a different taco joint every day for a year. So far, he's consumed about 700 tacos.

Back in January, NPR's Kelly McEvers talked to Sutter as he set off on his taco trek. He did it before in 2015, when he consumed a whopping 1,600 of them. But then he moved to San Antonio, a town where tacos are a part of the fabric of life, and where some taquerias have been around for decades. The challenge, he told us at the start, would be limiting himself to just 365 different kinds.

Six months in, we thought we'd taco bout how it's going. A transcript of the conversation follows, edited for clarity and brevity.

Kelly McEvers: Be honest. Are you sick of tacos?

Mike Sutter: No, because you can put so many different things inside of a taco. It's just an infinite wonderland of choices – the constant being the tortilla. But even that, [with] flour or corn, you can multiply your choices by two, and it just becomes this infinitely rolling equation.

What are some of the surprises since we talked to you in January?

I think I've had some unusual proteins. I found some brains in my barbacoa. I found a knucklebone in my cabrito. But that's sort of an occupational hazard – any full animal roast is a contact sport. This is the NFL of tacos.

For those people who do not live in taco country, what wisdom do you have to impart to them? What have you learned that you can teach us as a nation?

I think we have to respect the tortilla. That's the number one thing. The big difference in San Antonio is how many places make their own tortillas. And that makes a huge difference because it's a fresh bakery product. But a bigger lesson, I think, is that we have to be careful not to call everything you put in a tortilla a taco, in the same way that you don't want to call every political scandal a "gate," because it starts to lose its meaning after a while.