Accessibility links
This Baker Makes Internet Trolls Eat Their Words — Literally : The Salt Tempted to respond back to Internet harassers? New York City baker Kat Thek does just that. Her company, Troll Cakes, will find your perpetrator and send them a cake with their words written on it. 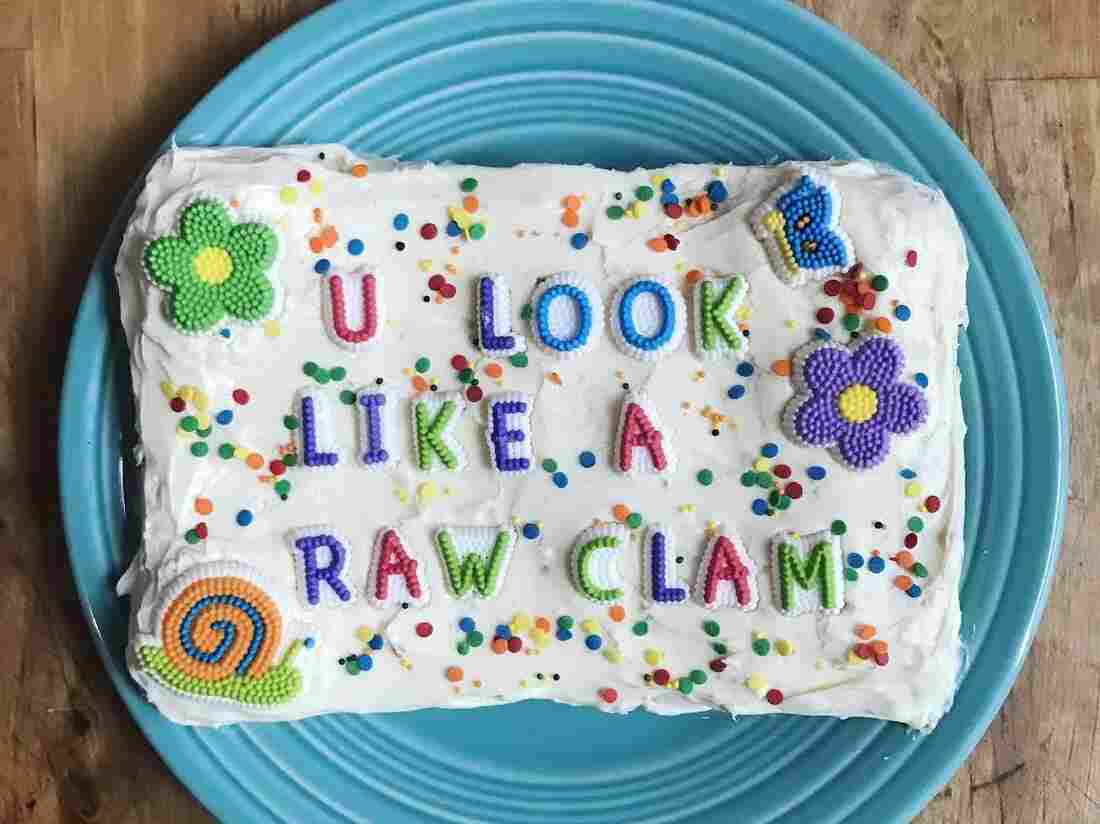 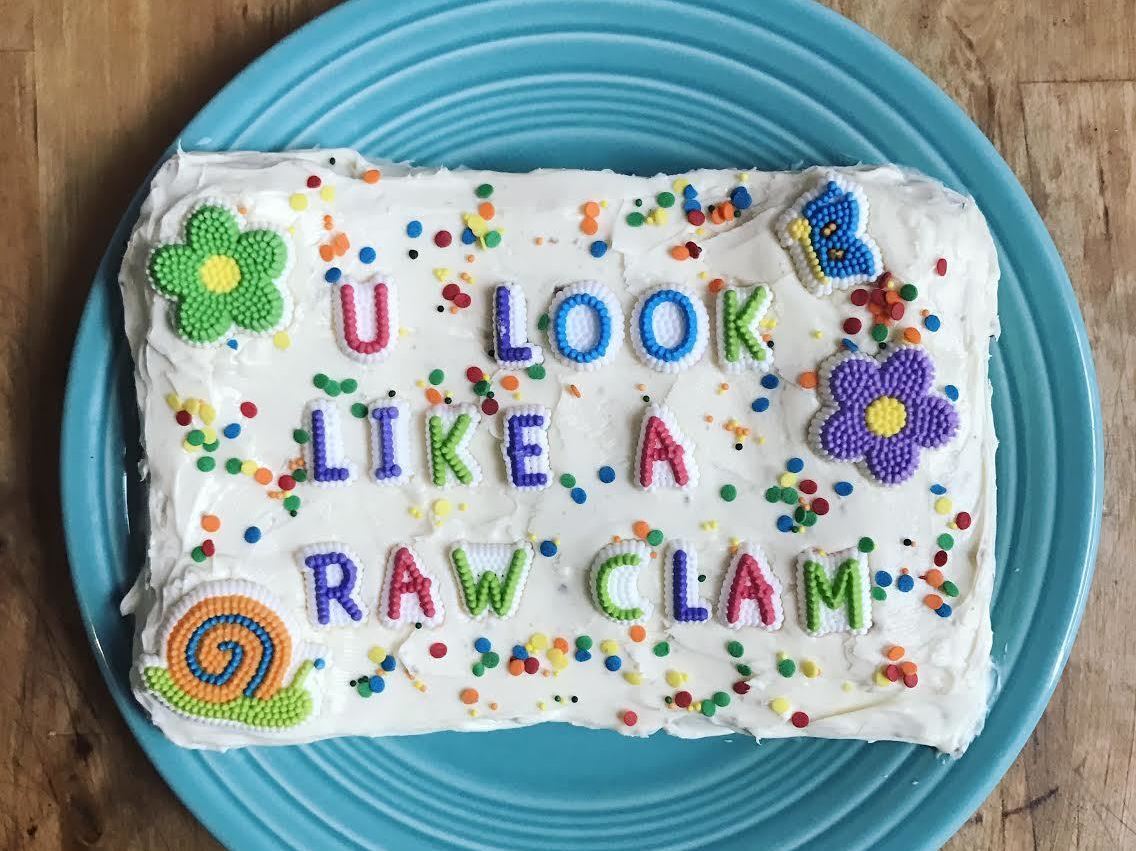 The social media world is heavily populated by trolls — you know, those people who write nasty, mean comments online. Sometimes it can be tempting to respond back, but what if there's a better alternative? Like sending them a cake.... with their words written on it.

New York City baker Kat Thek does just that. She's the founder of Troll Cakes, a bakery and detective agency.

The process is simple. First, customers go to the Troll Cakes site to submit the comment and address of the troll in question. Thek will then bake a cake, write the comment on it using frosting or fondant letters, wrap it up in festive confetti, and send it to the perpetrator.

"When you open it up, [the box] looks like 100 percent good news," Thek laughs. "And then you see a screen grab of your comment, and it says, 'Congratulations! Your Internet comment has been made into a Troll Cake.' "

Don't know the address of your troll? That's where the "detective agency" part of Thek's business comes into play. She offers to do the investigating for you. She will search for the troll's address and send it to his or her home or workplace.

Customers can also send cake orders to the White House. After all, President Trump is tweeter-in-chief. Thek calls it the "Tiny Hands Special" and promises on her site that these cakes are "bigly satisfying."

Thek has designed a cake that included Trump's comment that he draws higher television ratings than did the September 11 attacks.

The president's infamous "I don't stand by anything" quote was also iced on a cake, as well as his tweet, "I have never seen a thin person drinking Diet Coke." 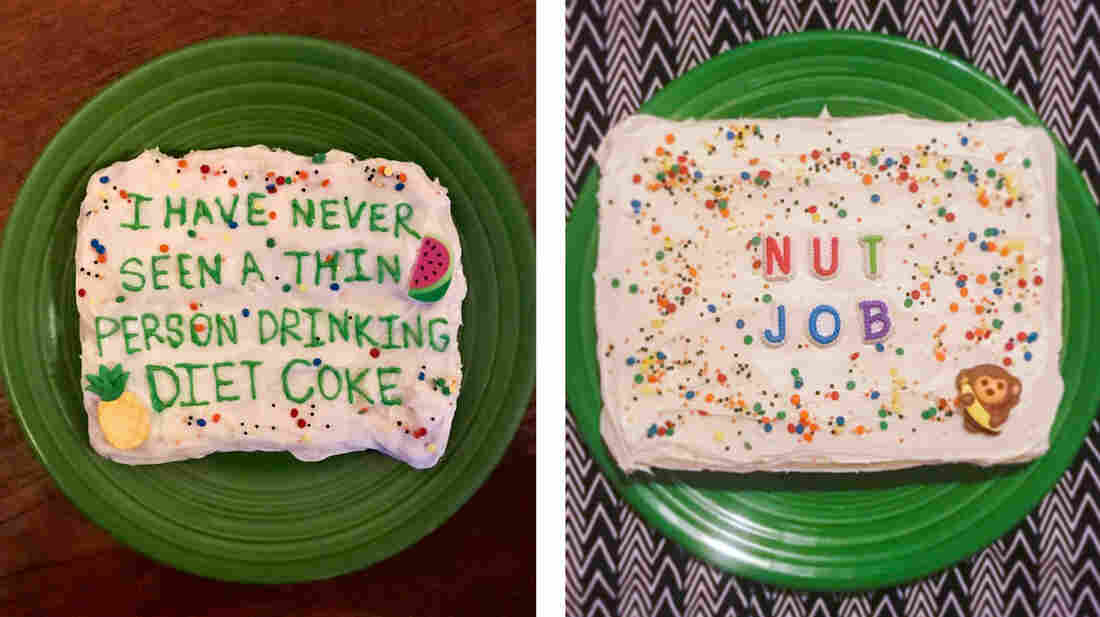 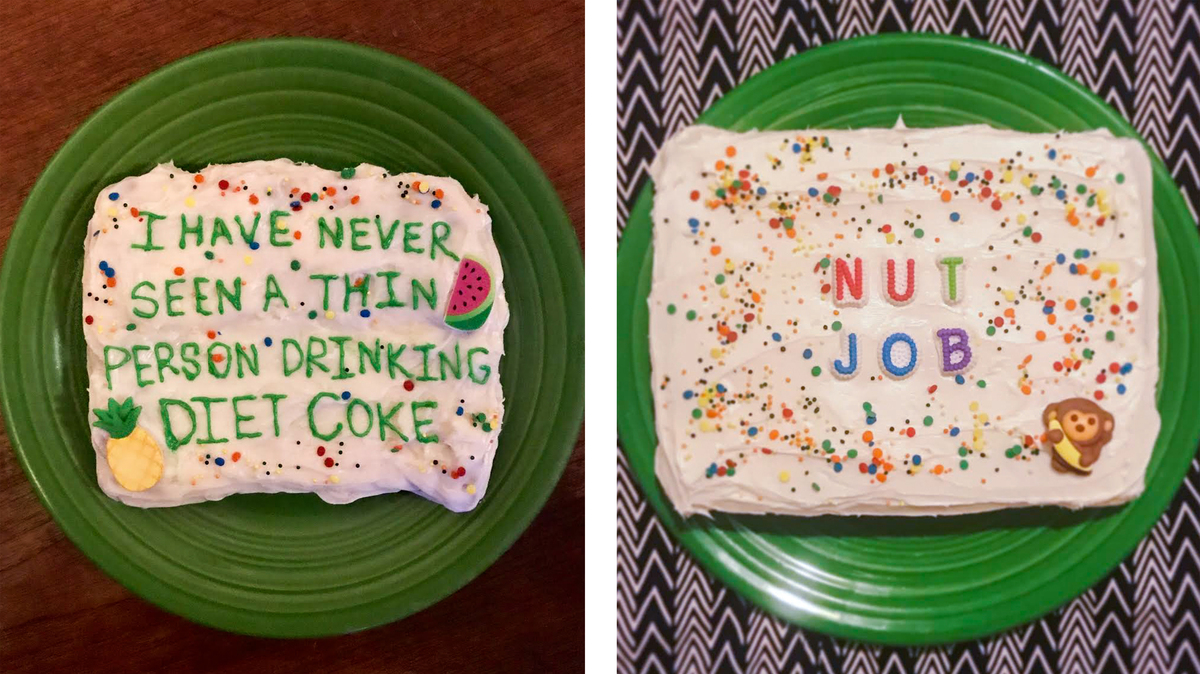 Thek jokes that if the White House is all set for cakes, she doesn't mind sending some to Mar-a-Lago or "wherever else Trump is hanging out."

The self-taught baker was inspired to start this business after she saw a rude comment on Dolly Parton's Facebook that read, "Your momma be so disappointed in you."

"It was infuriating, but also hilarious, because who would actively try to hurt her feelings? It was so ridiculous," Thek said.

And so she put those words on a cake and sent it to that Facebook user.

The Internet is a "bottomless pit of mean things," Thek says, but her goal isn't to "cure the world of pettiness." Thek wants to poke fun and have people imagine what their comments would look like on a cake.

So for those trolls out there, be careful what you write, because you never know — you just may end up eating your own words.