Accessibility links
On Top Of Hong Kong's High Rises, Rooftop Gardens Take Root : The Salt In one of the most densely populated cities on Earth, a gardening cooperative is helping residents rediscover farming — in the sky. 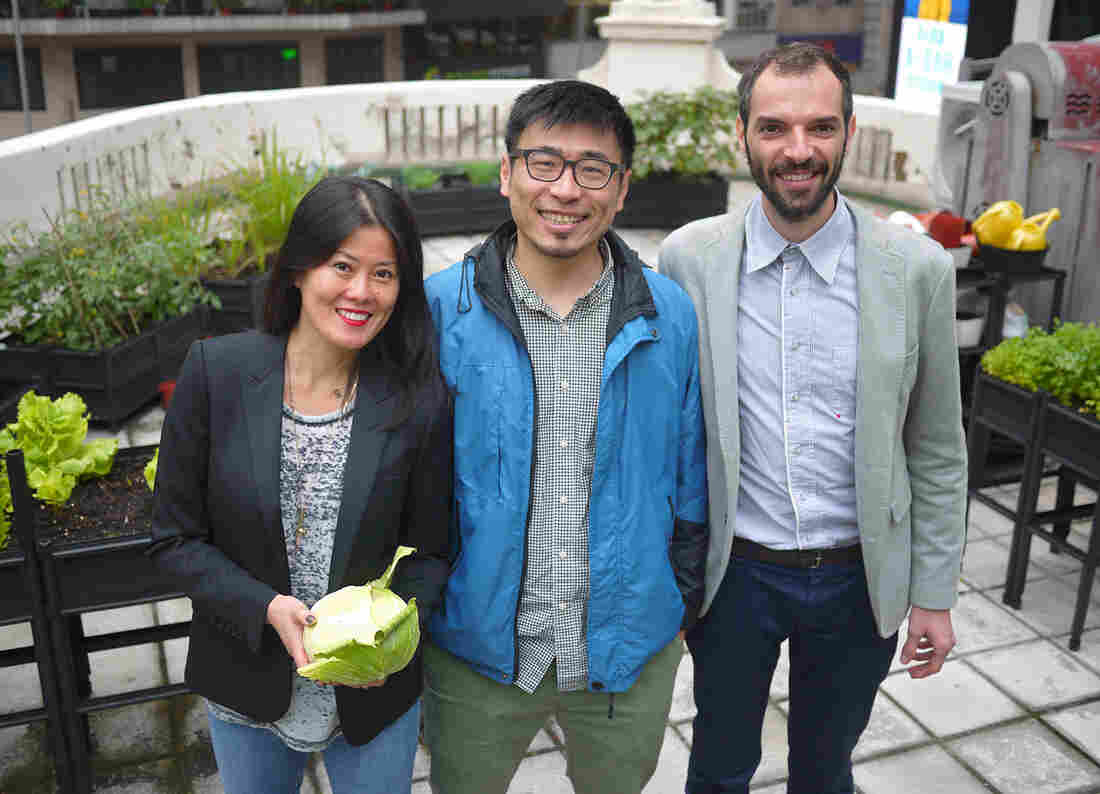 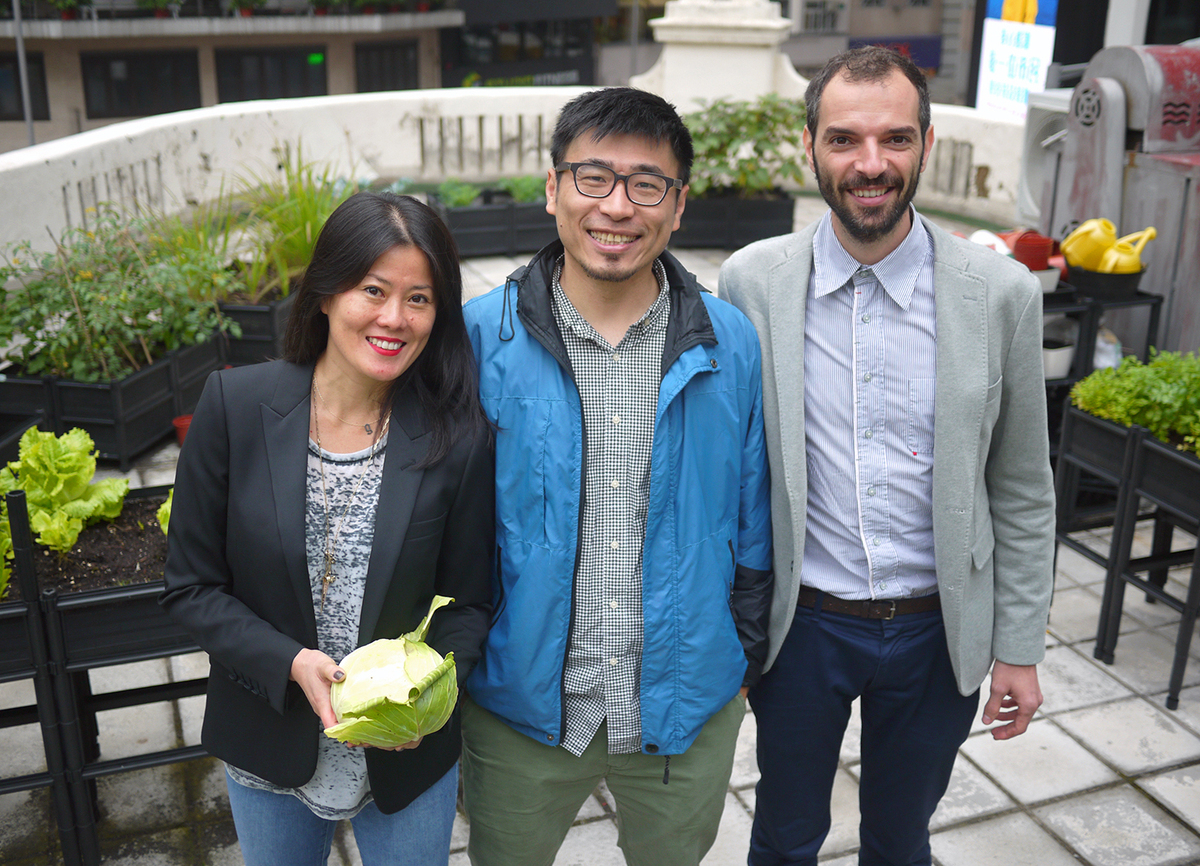 "The square footage here is incredibly expensive," says Fàbrega, staring upwards. "But yet, if you look at Hong Kong from above, it's full of empty rooftops."

It is, he says, a big opportunity for growth.

Fàbrega is not a developer. In a city full of bankers, he's a gardener. He helps run a gardening cooperative called Rooftop Republic that aims to make the best use out of Hong Kong's thousands of roofs.

"In Hong Kong, currently there're around 700 hectares of farmland that are being farmed," explains Fàbrega, "So the amount of rooftop space is almost the same as the amount we're using today to farm – like, actual farmland."

Hong Kong's agricultural contribution to its GDP is 0.02 percent. Fàbrega's goal is to boost that tiny number by filling Hong Kong's 1,500 acres of rooftop space with vegetable gardens.

Rooftop Republic has helped fill more than 26,000 square feet of rooftop on 22 rooftop farms. The biggest one is on the roof of Hong Kong airline Cathay Pacific, where 40 employees manage container vegetable plots on a daily basis.

Expat resident Gina Ma's rooftop garden is tiny by comparison, but she's spreading the word at her children's school. "I was like Johnny Appleseed. I was calling everyone up, called the school and I was like, 'I have seedlings they're amazing! And they're all, like, organic and stuff that you can't get here. Take them!' "

It's that last point, being organic and healthy, that's important to Rooftop Republic's clients. "In the case of Hong Kong, we also face a particular challenge that 98 percent of our vegetables and fruits come from China," Fàbrega says. "There's endless amount of scandals surrounding food that's from mainland China."

And that's why Rooftop Republic's first clients were a handful of restaurants and hotels in a city where returning to the land can be as simple as a quick trip up the stairs to the roof.