Accessibility links
Meet The Indiana Jones Of Ancient Ales And Extreme Beverages : The Salt Patrick McGovern searches for and studies the residues of fermented drinks that can be thousands of years old — and then re-creates them. His new book explores these brews and their cultural value. 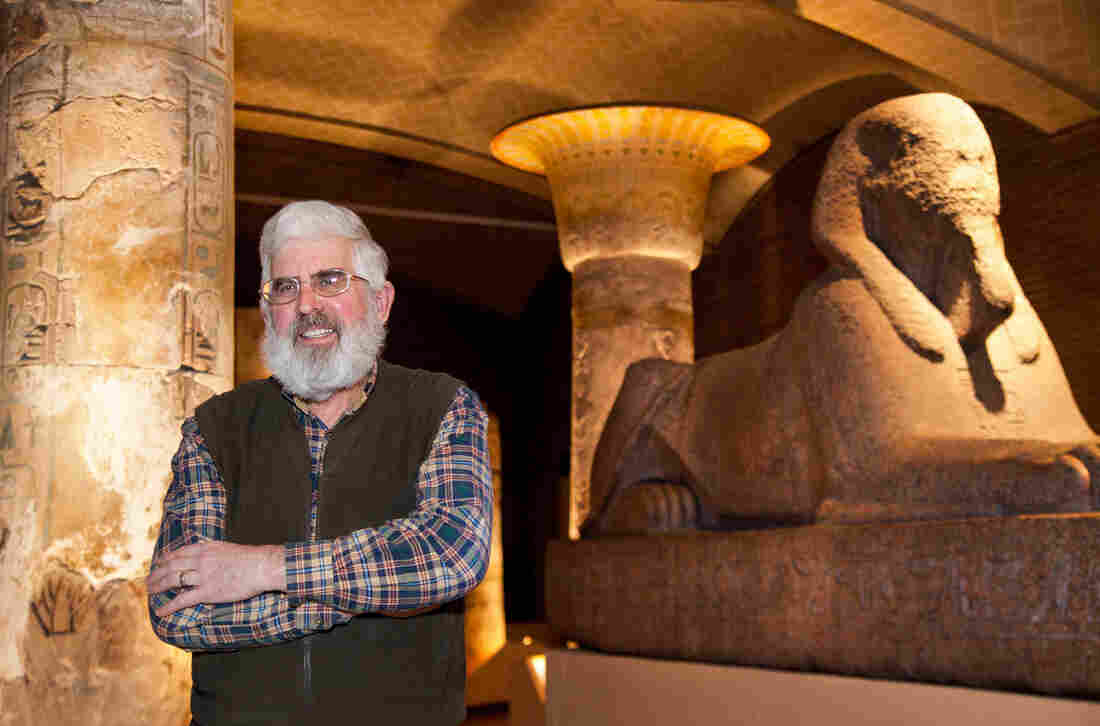 Patrick McGovern, scientific director of the Biomolecular Archaeology Project at the University of Pennsylvania Museum, delves into the early history of fermentation in his latest book. Courtesy of Alison Dunlap hide caption 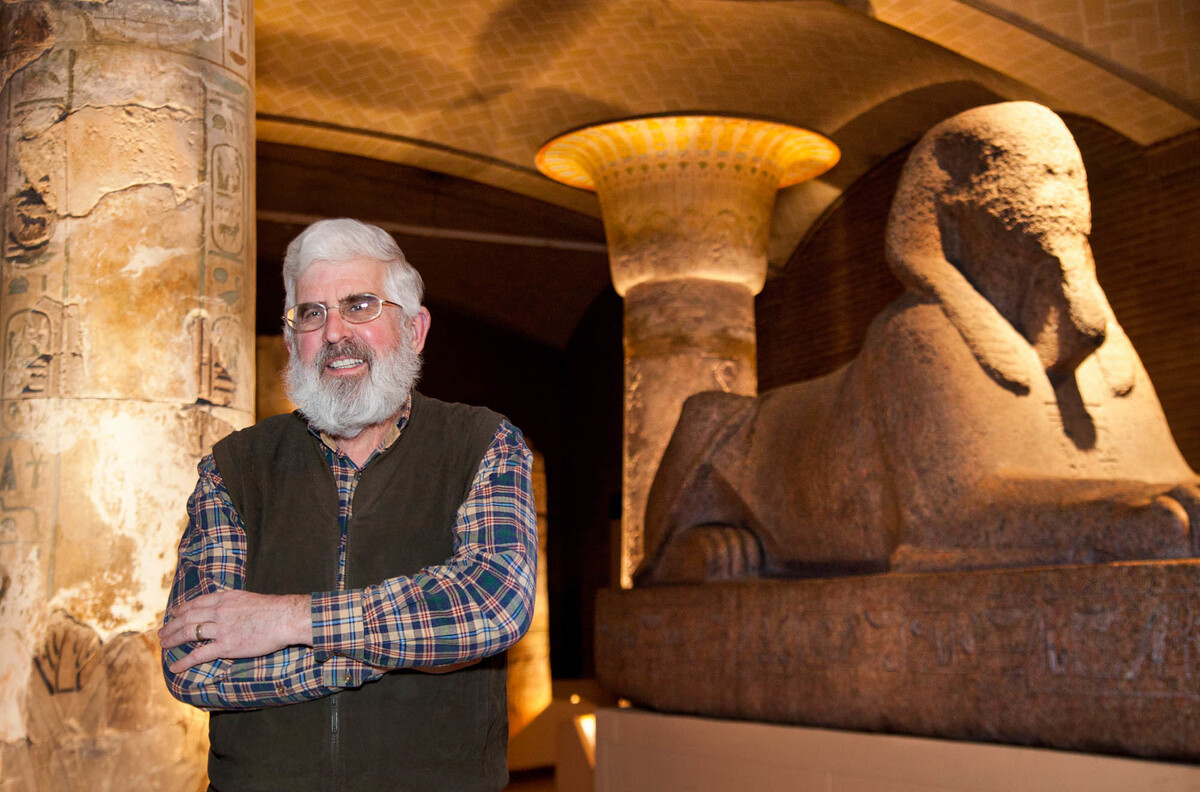 Patrick McGovern, scientific director of the Biomolecular Archaeology Project at the University of Pennsylvania Museum, delves into the early history of fermentation in his latest book.

He is sometimes known as the Indiana Jones of his area of research — ancient ales, wines and extreme beverages. Others call him Dr. Pat.

Patrick McGovern has spent decades searching for and analyzing the residues of fermented drinks that can be hundreds or thousands of years old — and then re-creating them.

His latest book, Ancient Brews: Rediscovered and Re-Created, delves into the early history of fermentation. He takes us all the way back to supposedly drunken monkeys feasting on fermented fruit juice or honey they found, long before any human had figured out how to brew beer. And he takes us through his modern re-creations of some of these ancient brews and their cultural importance.

"Just about every culture you can think of, they have a fermented beverage that's central to the social activity, religions, and a lot of times, it becomes economically very important," McGovern says. "And I'm always surprised when I see a book on the Paleolithic, or even just more modern recent history, where they don't really even discuss it."

McGovern is the scientific director of the Biomolecular Archaeology Project for Cuisine, Fermented Beverages and Health at the University of Pennsylvania Museum in Philadelphia. He's also an anthropology adjunct professor at the university.

He often travels with the founder and CEO of Dogfish Head Craft Brewery, Sam Calagione, with whom he works to re-create ancient beverages and give educational talks about them. 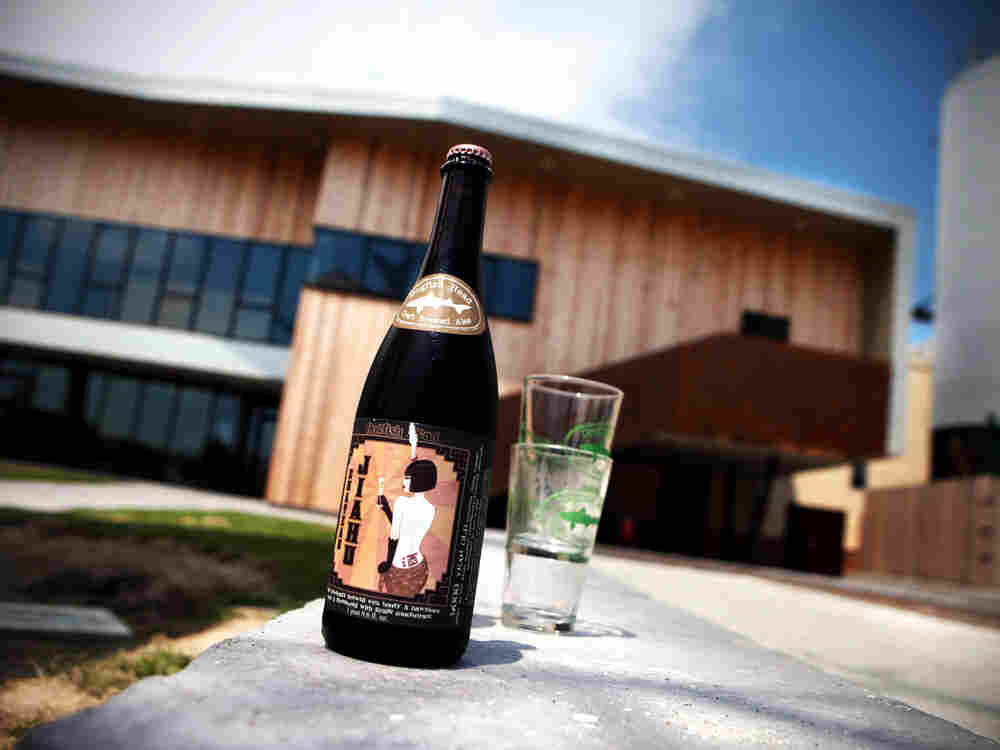 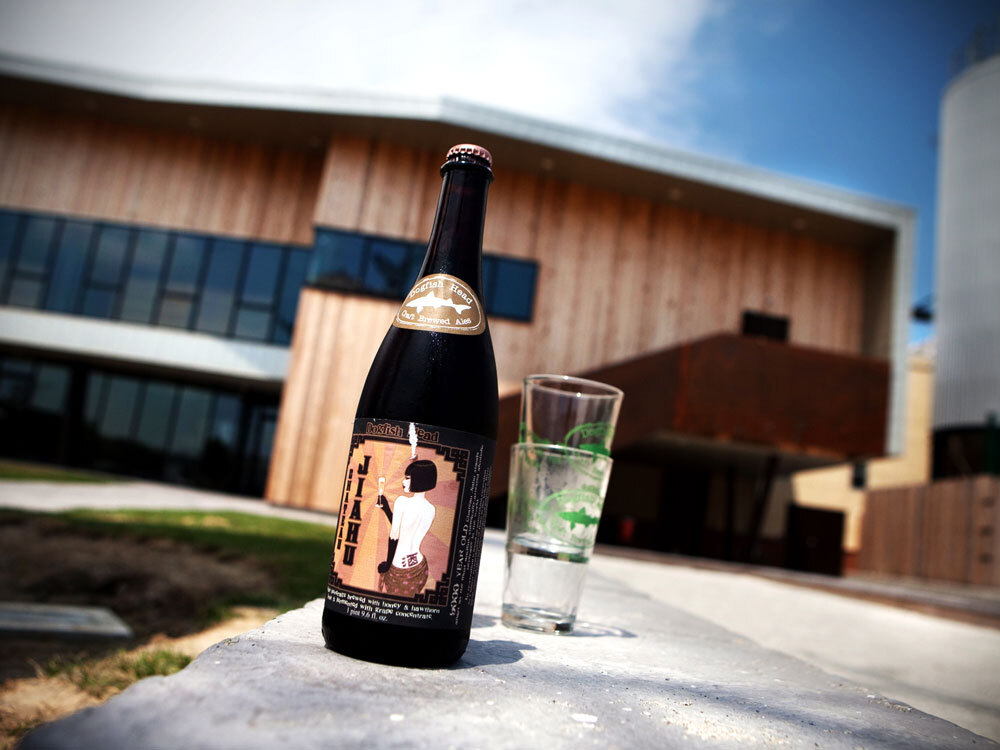 McGovern spoke with NPR recently about his new book. This interview has been edited for brevity and clarity.

In the book, you mentioned your goal "to encompass the worldwide millennia-long 'love affair' of our species with fermented beverages." Do you think you did that? How so?

I just touched on it, really. ... Ninety-nine percent of human history is back in the Paleolithic period, and we have very little evidence from the Paleolithic period. We have no containers to analyze, for instance. So we have to sort of make stabs at what it would have been like 2 million years ago with an early humanoid. The earliest primate on the planet, the Malaysian tree shrew, drank a fermented palm nectar all night long. But we're really in the dark when it comes to the Paleolithic period. 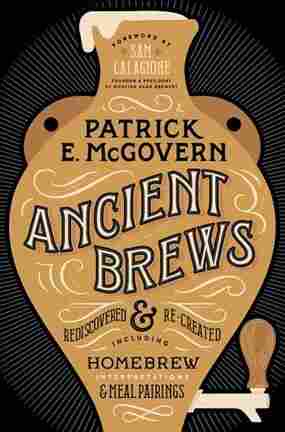 And then also, the chapter on chicha [a beer made primarily from fermented maize] — I thought that was interesting. I've never actually tried it.

That probably is the earliest way humans took carbohydrates like grains, tubers and so forth and did make a fermented beverage. So the first beer was probably made by chewing and spitting it out, and letting microorganisms come along and start the fermentation. We did it with corn. They still do it for manioc in South America.

What would you tell someone who has never tried chicha before and who might be skeptical or might think it's gross to have people chewing up stuff and using it to make beer?

I tell this story about, at the 2009 Great American Beer Festival, people were lined up to taste it, and all across the Denver Convention Center, we had such a long line that the big companies, Budweiser and so forth, they were complaining that we were blocking access to their booths. And it's sanitary, because the alcohol would kill any bad bacteria. But you know, you can put other things with it. The first batch that we made, we put wild strawberries and pepper berries. But you can have it just plain, and it tastes like sort of a lager beer without any additives to it.

Do you have a favorite fermented beverage that you've re-created?

I like the Chinese one, Chateau Jiahu ... the earliest chemically confirmed fermented beverage that we've ever found. But it's a very complex beverage. Already at the beginning of the Neolithic period, we're starting to get the domestication of plants and animals and settling down to take care of everything. It's got rice, some of the earliest rice, in it. We couldn't take ancient rice and use it, but we did use rice that had bran and the hulls intact, and it's because they wouldn't have been able to grind up the grain that purely. It had honey; it had grape, some species of Chinese grape. This would be the earliest wine, the earliest mead and the earliest beer. So that, to me, is really the one that appeals to me most, and it also has a very nice flavor, because it's kind of sweet and sour and goes very well with Chinese food.

What keeps you going after all these years?

Just the prospect of discovering something new, that's what really drives me. We're going to find out something exciting and we're going to re-create another liquid time capsule that's going to transport you back to some period in our ancestry. That's the basic motivation. Because every time you discover something, you get, like, a high. I think it's the best high in the world. You find something archaeologically which no one has ever seen before. It can be dull in a lot of ways, but then you have those moments of insight and discovery that make it all worthwhile. ­