Accessibility links
Damage From Wayward Weedkiller Keeps Growing : The Salt As many as 2 million acres of soybeans may have been harmed by a popular weedkiller drifting into neighboring fields. Arkansas' proposed ban on the herbicide, dicamba, is awaiting final approval. 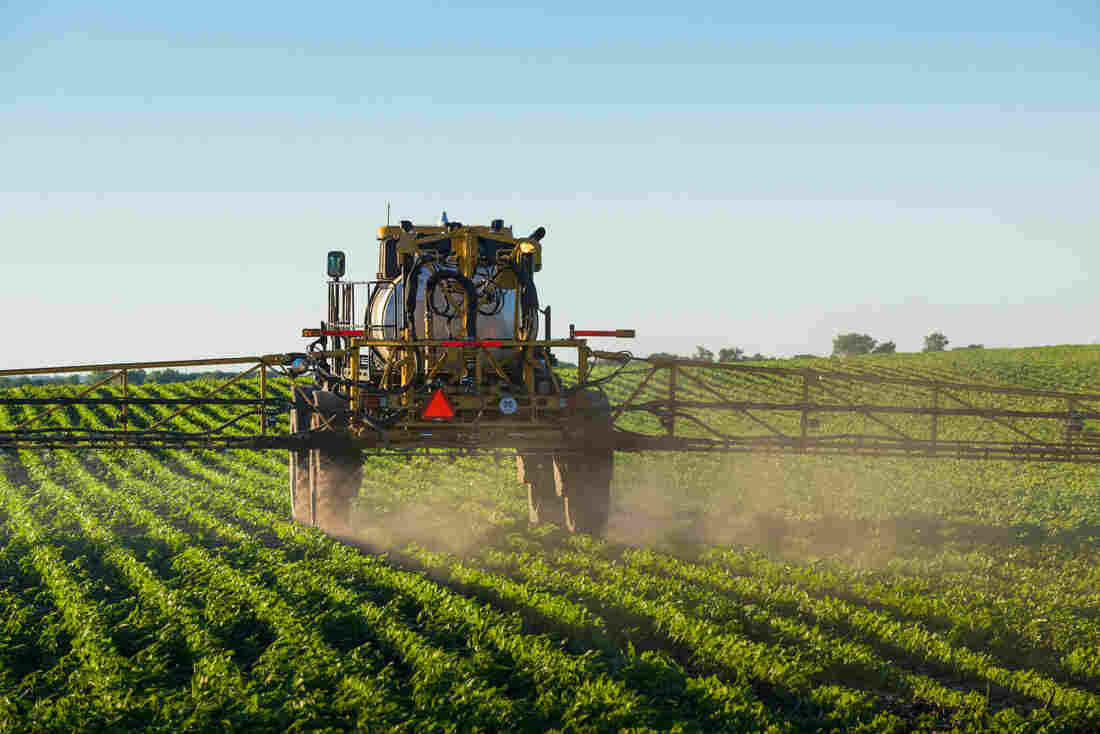 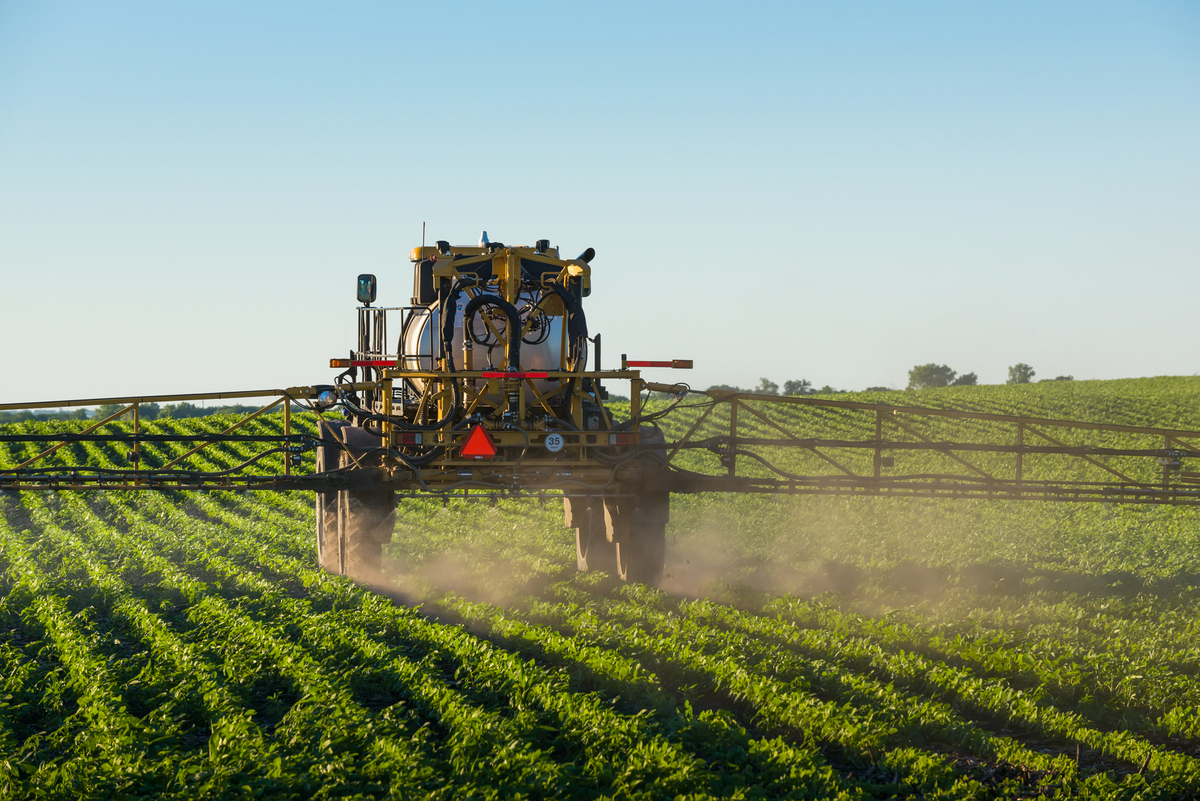 A sprayer covers a soybean field with an herbicide to control weeds.

Two weeks ago, in a remarkable move, the State Plant Board of Arkansas voted to ban the sale and use of a weedkiller called dicamba. It took that action after a wave of complaints about dicamba drifting into neighboring fields and damaging other crops, especially soybeans.

That ban is still waiting to go into force. It requires approval from a committee of the state legislature, which will meet on Friday.

Estimates of dicamba's damage, however, continue to increase. Since the Plant Board's vote, the number of dicamba-related complaints in Arkansas has soared to 550. Reports of damage also are increasing in the neighboring states of Tennessee, Missouri and Mississippi. The total area of damaged soybean fields could reach 2 million acres.

Dicamba is not a new weedkiller; it's been around for 50 years. It's being used in a new way, though, because the biotech company Monsanto is now selling new soybean and cotton varieties that have been genetically altered to tolerate dicamba.

Farmers are spraying dicamba on those new crops, and they report that it's working great, killing weeds that farmers have struggled to control lately.

The problem is, dicamba doesn't always stay where it's supposed to. In hot weather, dicamba turns into a gas that apparently can drift for miles. And soybeans that haven't been specifically engineered to tolerate dicamba are extremely sensitive to it.

According to Steckel, soybean farmers in western Tennessee are in one of two camps. Perhaps 60 percent of them are spraying dicamba, because they invested in Monsanto's new dicamba-tolerant crops. The rest, with soybeans that are vulnerable, likely have seen some fields damaged.

Steckel says it's difficult to predict how much this will take out of farmers' pockets. Some of the injured soybeans may recover and produce a normal-size harvest. Others probably will not. Some fields have been hit by drifting dicamba multiple times.

Tom Burnham, who farms land in Mississippi County, Arkansas, and across the state line in Missouri, is one of the farmers pushing for a ban on dicamba spraying. "This technology cannot be allowed to exist," he says. "It cannot co-exist with other crops."

In theory, if every farmer bought Monsanto's dicamba-tolerant soybeans, then their crops all would be safe from dicamba drift. But Burham says "it's ludicrous to expect everybody to plant this, just to defend themselves. And that doesn't address vegetable growers, people with orchards, people with vineyards. They're going to be economically harmed, too."

Other farmers, meanwhile, who've bought dicamba-tolerant seeds and want to use the chemical, have argued for their right to spray dicamba.

Monsanto's head of crop protection, in an interview posted on the site of CropLife, an industry website, said that farmers were still learning how to use dicamba safely. The current problems, he said, were "just part of the learning curve."