Accessibility links
When Falling In Love Meant Embracing A New Cuisine : The Salt When a meat-and-potatoes white girl from the Midwest fell for an Indian vegetarian, it raised complicated questions about what it means to pass on our food cultures from one generation to the next.

When Falling In Love Meant Embracing A New Cuisine

When Falling In Love Meant Embracing A New Cuisine 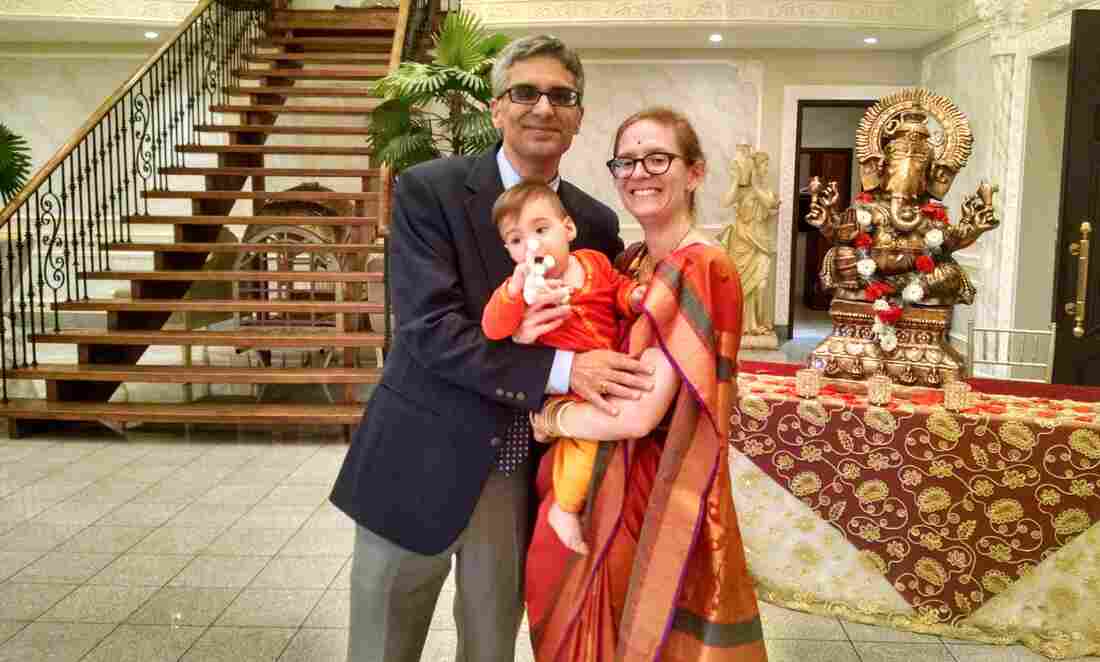 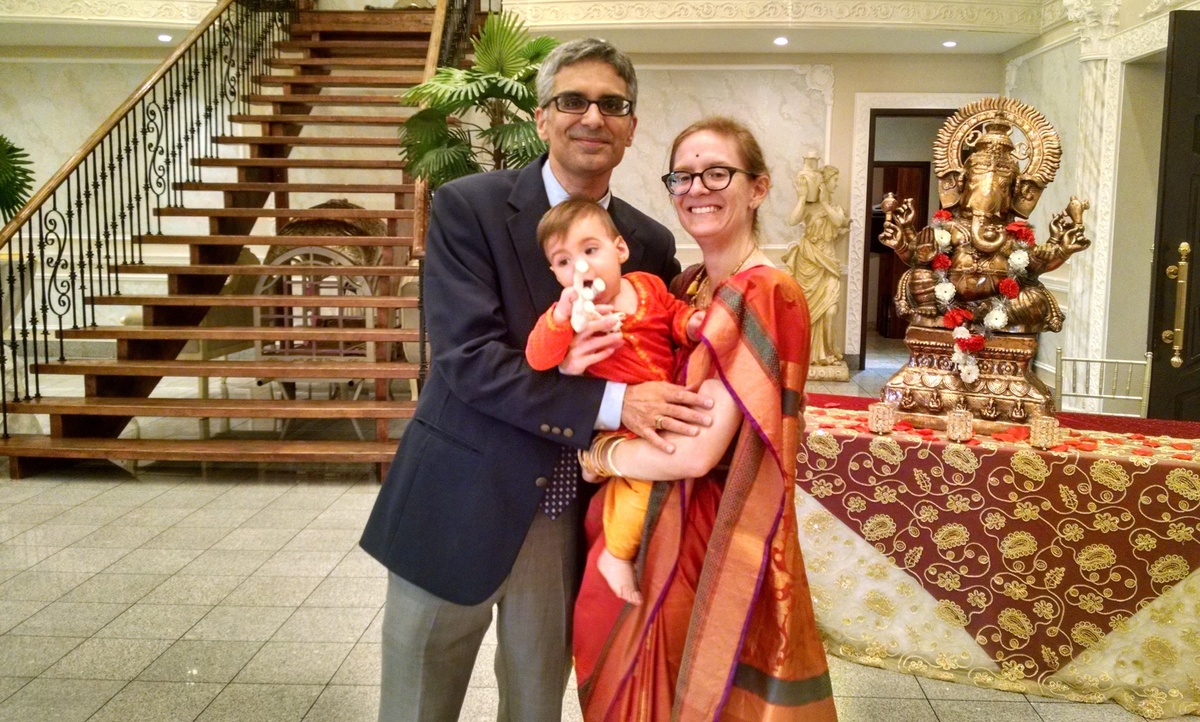 The author, Anne Noyes Saini, with her husband, Sajan Saini, and son Dev.

I never intended to become a vegetarian – least of all for love.

That all changed one night in a seafood restaurant in Boston.

I was out with the man I'd just started dating. Sajan is from an Indian family in Montreal, he had been a vegetarian since childhood, and he was struggling to convince the waiter to make something – anything – he could eat.

I'd been looking forward to a nice grilled fish or maybe some mussels simmered in something zesty. But in that moment, I realized Sajan would be lucky to get a dish of penne with tomato sauce.

I went veg that night, and we shared that pitiful plate of pasta. It was an easy decision, but it changed my relationship with my own family in ways I couldn't have imagined.

In this week's episode of The Sporkful podcast, we explore what happens when a meat-and-potatoes girl from Wyoming and South Dakota (that's me!) falls for an Indian vegetarian.

It's Part Two in The Sporkful's new special series, Your Mom's Food, about the complications that come up when we pass our cultures on from one generation to the next.

I missed sushi the most, at first. But after I met Sajan's family, there was a whole new culinary world to explore.

Sajan's mom is an amazing cook, and I loved eating her food and learning her Punjabi recipes. Sajan never demanded I give up my own cuisine. But I knew how much he wanted to preserve his Indian heritage, and food seemed like a tangible way to do that.

But the older I get, the more I wonder if, in embracing my husband's cuisine, I neglected my parents' traditions.

This past fall, after 10 years of marriage, our son Dev was born. Now I'm a parent, too. I know how it feels to cradle my son in my arms and spoon food into his mouth. It's the ultimate act of nurturing. If he ever turned his back on our food, it would hurt. And I find myself thinking of my own mom – and how rarely I eat her food. 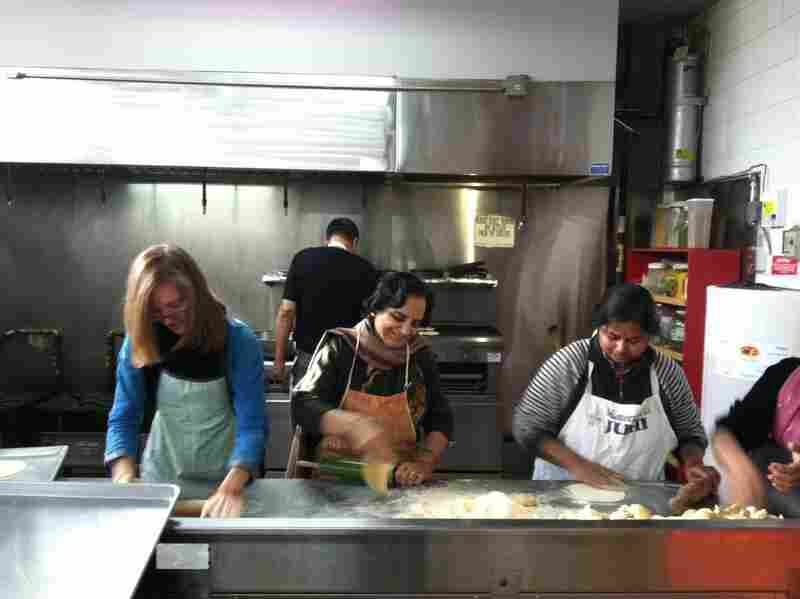 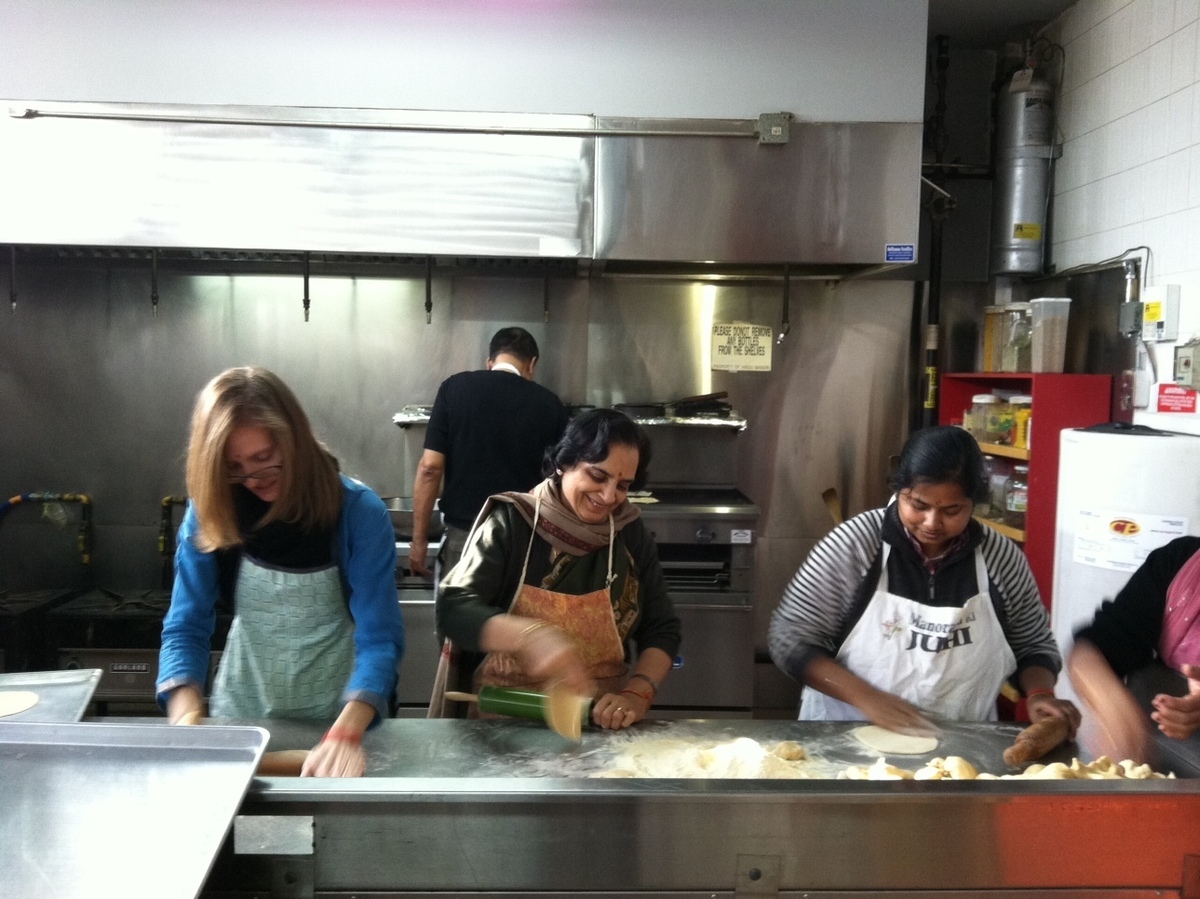 The author making roti with her mother-in-law, Rama Saini (center)

Like my mother-in-law, my mom is a good cook – but she's more comfortable with meals where meat is the centerpiece. When Sajan and I come home for a visit, my mom starts planning our meals weeks before we arrive. She needs time to figure out how to feed us.

She researches new vegetarian dishes (eggplant parm) and invents others (tofu marsala!). She stocks up on beans and yogurt (even though she dislikes both). And Sajan and I chip in, too – whipping up pots of Indian daal (lentil soup) or chana masala (spiced chickpeas).

So often, even though we're all sitting at the table together, we're eating different meals. I've never really talked with my mom about the food tensions in our relationship. But earlier this summer, when we brought Dev to spend a week with his grandparents in Iowa, I finally asked her about it.

"It is sometimes a challenge when you're home because I don't know how to cook the kinds of hearty, healthy things that you cook with daal and vegetables," she admitted. "But it was really important to Dad and me that we honor [your and Sajan's Indian vegetarian diet] and respect that because this was your future." 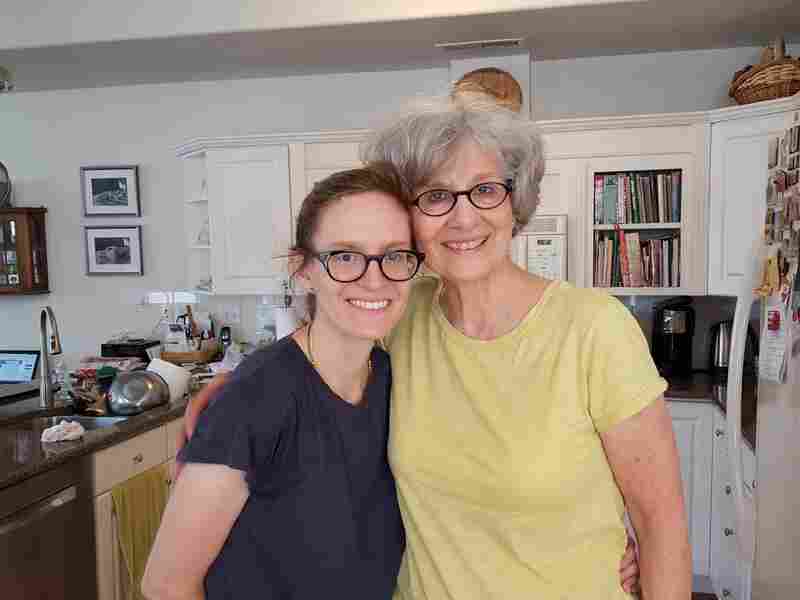 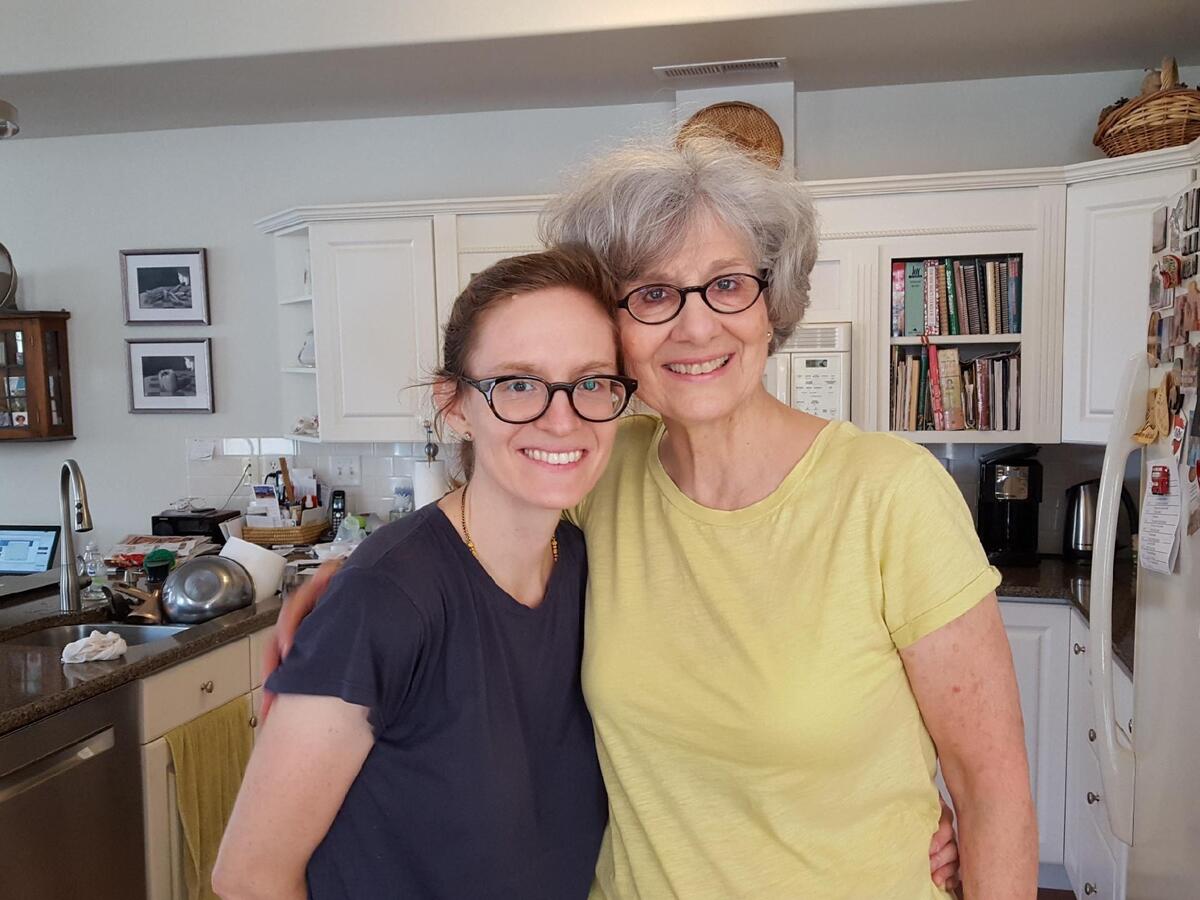 Anne and her mom, Elizabeth Noyes

It turns out that my mom also had some questions of her own for me:

"You don't miss the flavors you grew up with?"

My mom still makes my favorite cookies (molasses crunchies). But I've been away from home for so long, I've become attached to lots of new foods. After ten years of fighting upset stomachs with khichri and starting my days with chai, Indian food has also become my food.

And it's important to me that our son Dev feel connected to his Indian heritage. I worry that he won't know real Indian food and culture unless he gets it from us at home.

'Khichuri': An Ancient Indian Comfort Dish With A Global Influence

But my own mom can no longer feed me the way she used to. I always assumed she felt hurt by that, but talking to her in Iowa, I realized I was wrong.

"That is the plan," she told me. "You're my daughter, but you're not my child. You have your own home and you do things your way. We send you out and we expect that you're going to learn new things. And you have."

There are so many different ways to show love through food — you can cook for someone, you can feed them.

Or you can just make a little room at the table for what they love to eat.

Anne Noyes Saini produces the James Beard Award-nominated food podcast The Sporkful, which is available in Apple Podcasts, Stitcher or wherever you get your podcasts. The Sporkful's series "Your Mom's Food" runs through August 10.