Accessibility links
Some Tuna Can Carry Up To 36 Times The Toxic Chemicals Of Others. Here's Why : The Salt When it comes to pollutant levels, researchers now say where your tuna was caught can make a huge difference. But tracking your yellowfin to the spot it was caught may be tricky.

Some Tuna Can Carry Up To 36 Times The Toxic Chemicals Of Others. Here's Why

Some Tuna Can Carry Up To 36 Times The Toxic Chemicals Of Others. Here's Why 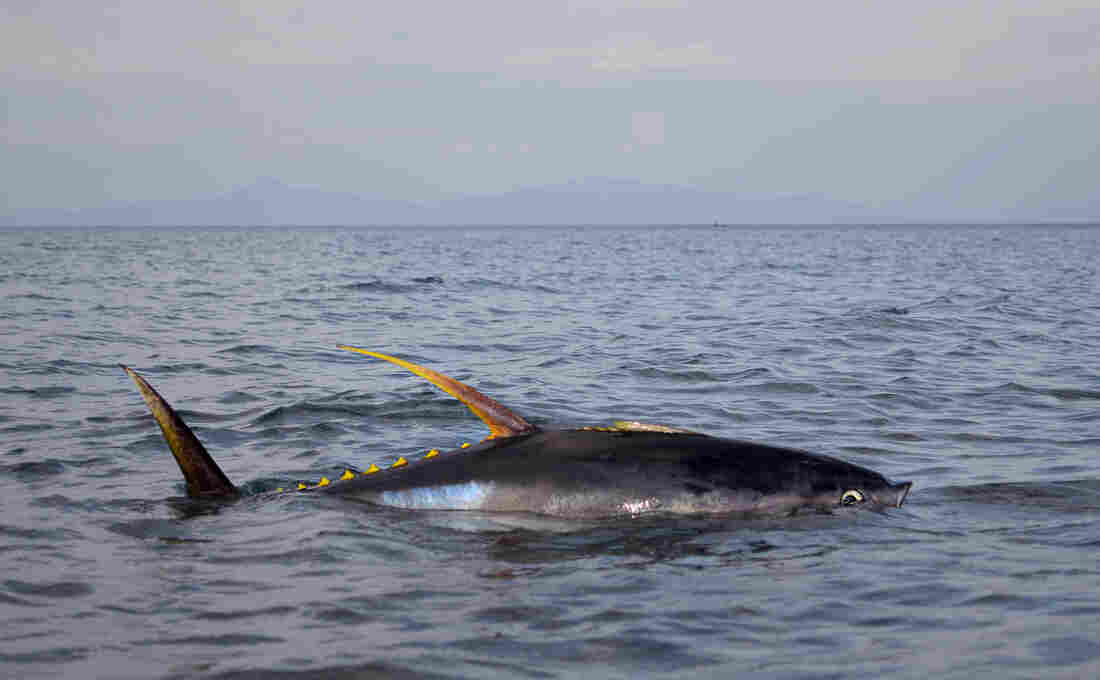 When it comes to pollutant levels, researchers now say where your tuna was caught matters. Tigeryan/Getty Images/iStockphoto hide caption 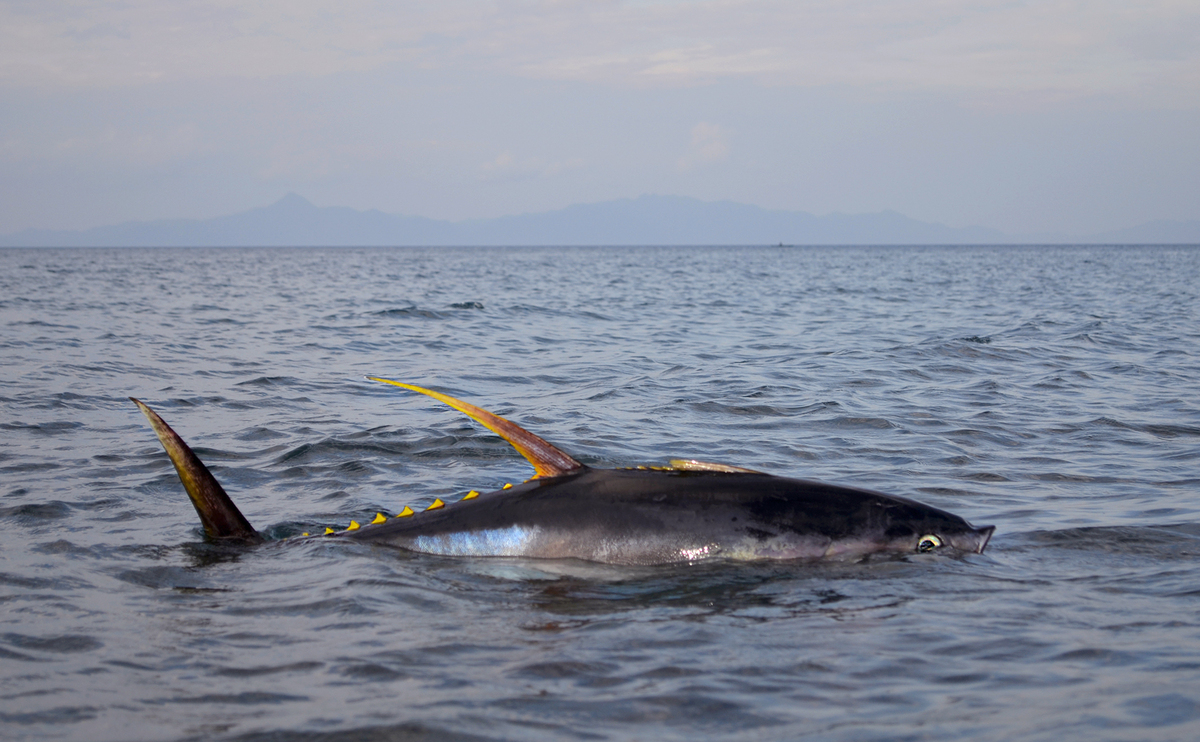 When it comes to pollutant levels, researchers now say where your tuna was caught matters.

A new study may prompt hand wringing among you tuna poke and sushi lovers. When it comes to pollutant levels, researchers now say where your tuna was caught matters.

In a first-of-its-kind global study, scientists from Scripps Institution of Oceanography at the University of California, San Diego analyzed 117 yellowfin tuna taken from 12 locations worldwide, measuring the contaminant levels of each. They found yellowfin tuna caught closer to more industrialized locations off North America and Europe can carry 36 times more pollutants — including pesticides, flame retardants and polychlorinated biphenyls (PCBs) — than the same species caught in more remote locations, like in the West Pacific Ocean.

"Every fish [we tested] had some level of pollutants," says Sascha Nicklisch, a postdoctoral researcher and lead author of the study, published in the June issue of the journal Environmental Health Perspectives.

Most of the tuna analyzed would be considered safe under current EPA/FDA joint consumption advice, but there were concerns. The study found that 90 percent of tuna caught in the northeast Atlantic Ocean — and more than 60 percent of yellowfin samples caught in the Gulf of Mexico — contained pollutant levels that would have triggered health advisories in some segments of the population, including pregnant and nursing women.

"I don't want to be the bad guy here. I love to eat fish. I love tuna," says Nicklisch. "It's good to know most are safe to eat, but we need to make more information available so people can make their own choices."

While the current study looked at persistent organic pollutants (or POPs) in yellowfin, the same group also measured mercury and released that data in a separate report in May. As with the POPs, researchers found mercury levels in yellowfin could also vary significantly by catch site.

Yellowfin, often sold as ahi at the retail level, is the second-most harvested tuna species after skipjack, and is commonly found on menus across the U.S. More than 1.3 million tons of it are caught annually. Unlike highly migratory bluefin tuna, yellowfin tend to spend their lives in the same general region, which meant researchers could determine if geographic location made a difference. And because yellowfin tuna can be found globally, scientists were able to compare toxin levels within the same species of fish caught in vastly different locations.

While Americans increased their seafood consumption to 15.5 pounds of fish and shellfish per person in 2015 — the largest increase in 20 years — we're still only eating about 4.77 ounces of seafood a week. That's far less than the 8-12 ounces recommended in the nation's current Dietary Guidelines.

Some are worried the study's findings will further discourage Americans from eating enough seafood.

"The study suggests the potential need to institute recommendations to limit some fish consumption, but they're making that assumption based on an idea that a consumer would be eating that one type of fish exclusively and exceeding the already recommended amount," says Gavin Gibbons, a spokesperson with the National Fisheries Institute.

If the findings have you concerned about where exactly your tuna was caught, unfortunately another hurdle remains: Seafood labeling is notoriously murky.

"At the retail level right now, it's only country of origin that's required," says Dick Jones, president of Ocean Outcomes, a Portland, Ore.-based NGO focused on improving fisheries. "The only time we see a more detailed description of where the fish was caught is when [companies] want to take advantage of the marketing opportunity."

And seafood fraud is an ongoing issue. A 2016 report by Oceana found that as many as 1 in 5 seafood samples tested worldwide are mislabeled, and that fraud can occur in every sector of the seafood supply chain: retail, wholesale, distribution, import/export, packaging/processing and landing. Traceability is a hot topic across the food industry as a whole, but it's especially pressing when it comes to seafood.

But for some, opportunity abounds.Tracking food from farm (or sea) to plate is an emerging sector expected to reach $14.1 billion by 2020. That's fueling entrepreneurs at companies like Pelagic Data Systems and Shellcatch that are working on seafood traceability solutions.

Fraud isn't the only factor driving seafood-traceability efforts. Human rights abuses and illegal, unreported and unregulated (IUU) fishing are also creating demand for reliable tracking. But so far, those efforts haven't focused on tracking fish that might contain contaminants.

"I think we're still too early for that," says Jones. "The seafood industry is doing a much better job than they did several years ago, but as technology evolves, traceability will be the answer, not just for IUU and fraud, but for social issue and pollutants."

The headline on this story previously referred to the pollutant levels measured in this study as "toxins." They are, in fact, toxic chemicals. Toxins are produced by living cells or organisms.