Accessibility links
Men, Listen Up: Women Like The Smell Of Guys Who Eat A Certain Diet : The Salt Your diet can influence your appearance. You knew that. But did you know that what you eat can also affect your body odor and your attractiveness to the opposite sex? 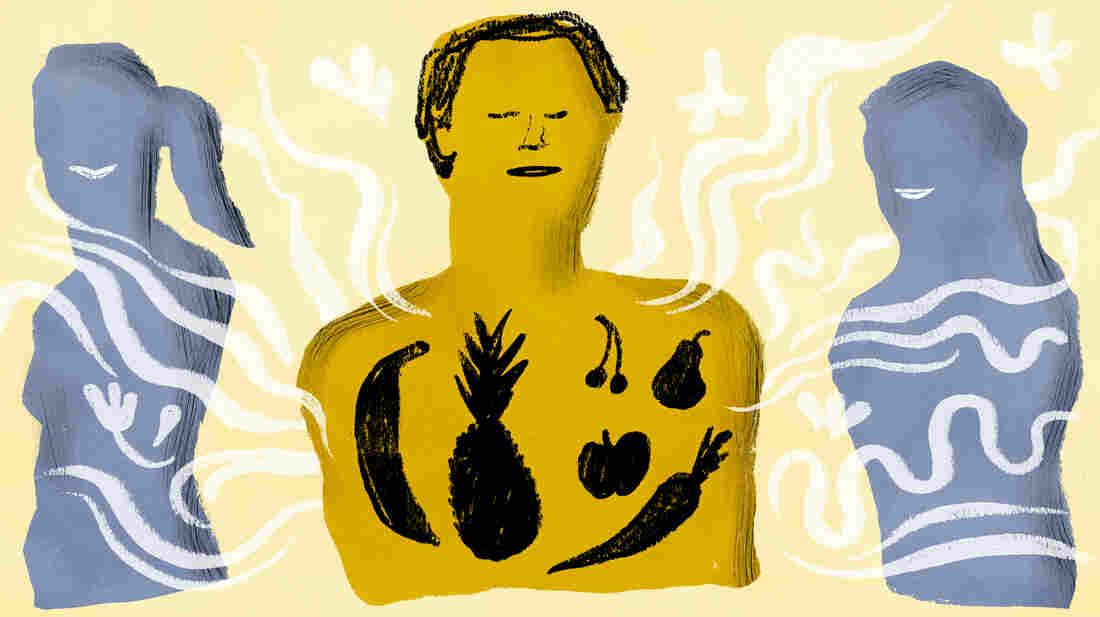 Your diet can influence your appearance. You knew that. But did you know that what you eat can also affect your body odor and your attractiveness to the opposite sex? Lilli Carré for NPR hide caption 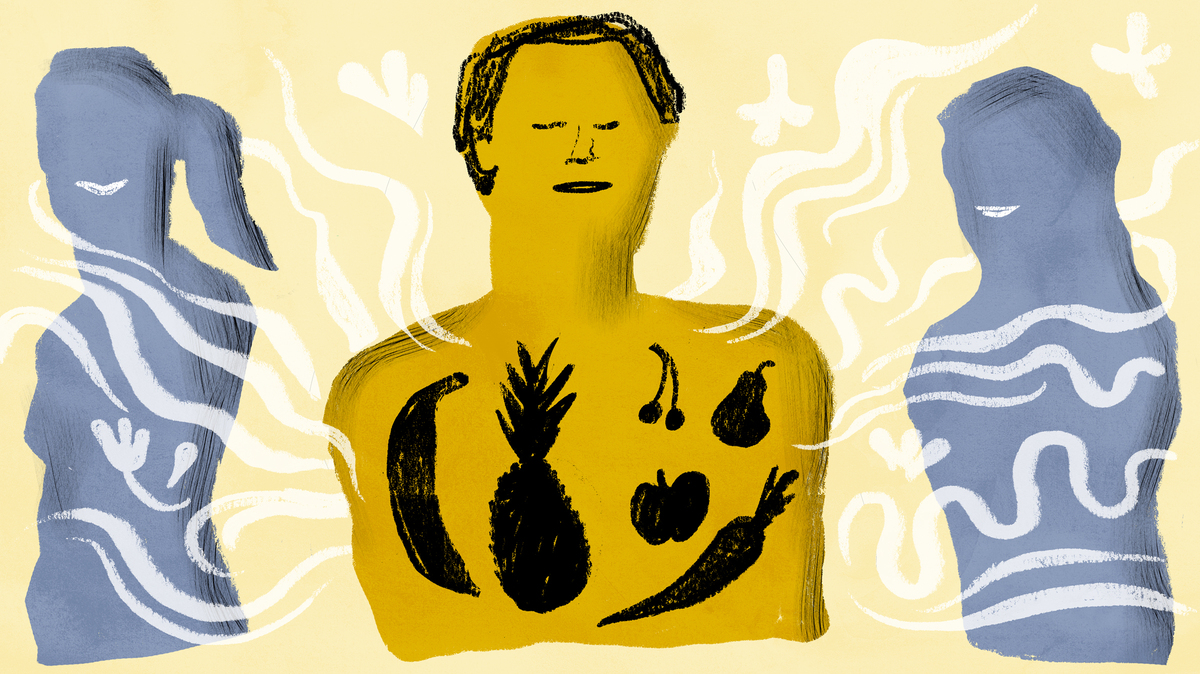 Your diet can influence your appearance. You knew that. But did you know that what you eat can also affect your body odor and your attractiveness to the opposite sex?

What we eat can influence more than our waistlines. It turns out, our diets also help determine what we smell like.

Skeptical? At first, I was, too. I thought this line of inquiry must have been dreamed up by the produce industry. (Makes a good marketing campaign, right?)

But it's legit. "We've known for a while that odor is an important component of attractiveness, especially for women," says Ian Stephen of Macquarie University in Australia. He studies evolution, genetics and psychology and is an author of the study.

From an evolutionary perspective, scientists say our sweat can help signal our health status and could possibly play a role in helping to attract a mate.

How did scientists evaluate the link between diet and the attractiveness of body odor?

They began by recruiting a bunch of healthy, young men. They assessed the men's skin using an instrument called a spectrophotometer. When people eat a lot of colorful veggies, their skin takes on the hue of carotenoids, the plant pigments that are responsible for bright red, yellow and orange foods.

"The carotenoids get deposited in our skin," explains Stephen. The spectrophotometer "flashes a light onto your skin and measures the color reflected back," says Stephen. The results are "a good indicator of how much fruits and vegetables we're eating," he says.

Stephen and his colleagues also had the men in the study complete food frequency questionnaires so they could determine the men's overall patterns of eating. Then the men were given clean T-shirts and asked to do some exercise.

Afterward, women in the study were asked to sniff the sweat. (Note: The methodology was much more scientific and precise than my breezy explanation, but you get the picture.) "We asked the women to rate how much they liked it, how floral, how fruity," and a bunch of other descriptors, explains Stephen.

It's a small study, but the results were pretty consistent. "Women basically found that men who ate more vegetables smelled nicer," Stephen told us.

Men who ate a lot of meat did not produce a sweat that was any more — or less — attractive to women. But meat did tend to make men's odor more intense.

"This is not the first study to show that diet influences body odor," says George Preti, an adjunct professor in the dermatology department at the University of Pennsylvania and a member of the Monell Chemical Senses Center in Philadelphia.

A study published in 2006 found that women preferred the odor of men who ate a non-meat diet, "characterized by increased intakes of eggs, cheese, soy, fruit and vegetables."

But Preti points out that the relationship between diet and body odor is indirect.

Some people think if they eat a garlic or onion — or a piece of meat — they will smell like that food. "But that's not what happens," Preti says. Your breath might smell like the food you eat, but not your sweat.

Body odor is created when the bacteria on our skin metabolize the compounds that come out of our sweat glands.

"The sweat doesn't come out smelly," Preti explains. "It must be metabolized by the bacteria that live on the surface of the skin."

Now, of course, at a time when good hygiene and deodorant use are commonplace, is the smell of our sweat a big concern?

I put that question to the happy hour crowd at a bar down the street from the NPR headquarters in Washington, D.C.

"I'm pretty OK with my smell," Stefan Ruffini told me. That evening he was ordering a burger on a bun and a side of fries, along with a beer. When I told him about the findings of the study, he laughed it off.

"I've got a girlfriend, so I don't worry about these things," he said.

The study did not assess diet and odor attractiveness among same-sex couples.

"As a lesbian, I haven't smelled a man in several years," Stacy Carroll, who was also at happy hour, told me. "I eat a lot of produce, I have a girlfriend, so it's working out."

Carroll says people who eat a lot of fruits and vegetables are more likely to be interested in their health — "feeling good, looking fit" — than their smell.