Accessibility links
With Heavy Drinking On The Rise, How Much Is Too Much? : The Salt Binge-drinking sounds like an all-night bender, but here's a reality check: Many social drinkers may "binge" without knowing it. Women who drink four or more drinks on an occasion are binge-drinking. 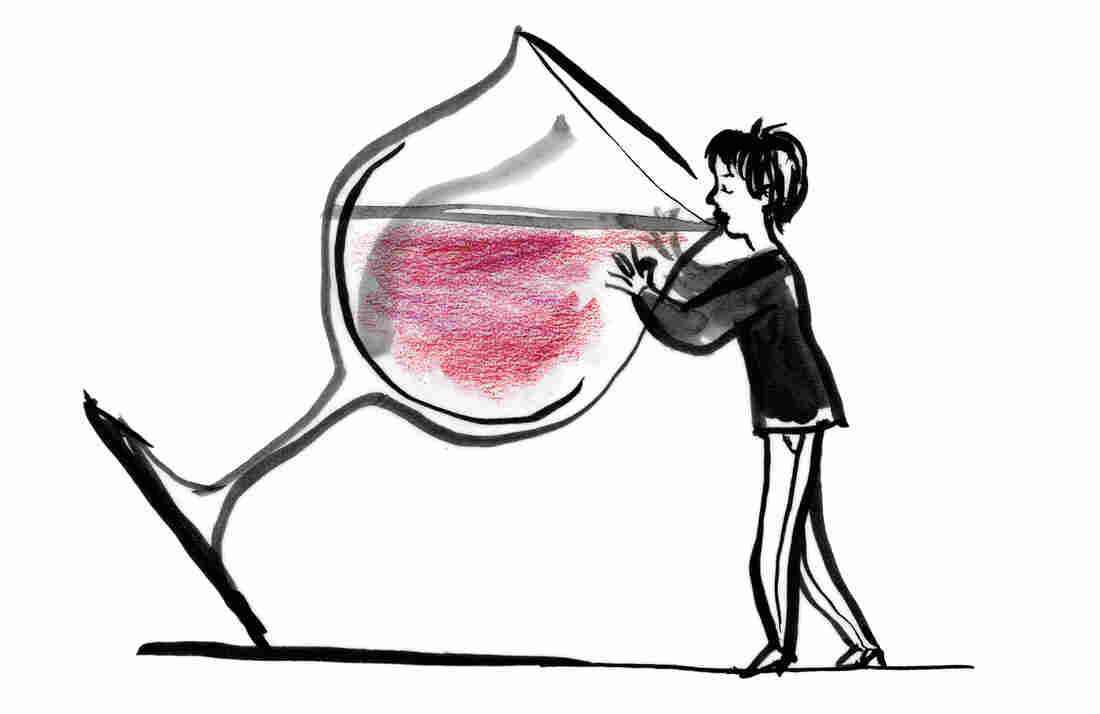 Binge-drinking sounds like an all-night bender, but here's a reality check: Many social drinkers may "binge" without knowing it. Women who drink four or more drinks on an occasion are binge-drinking. Ann Boyajian/Getty Images/Illustration Works hide caption 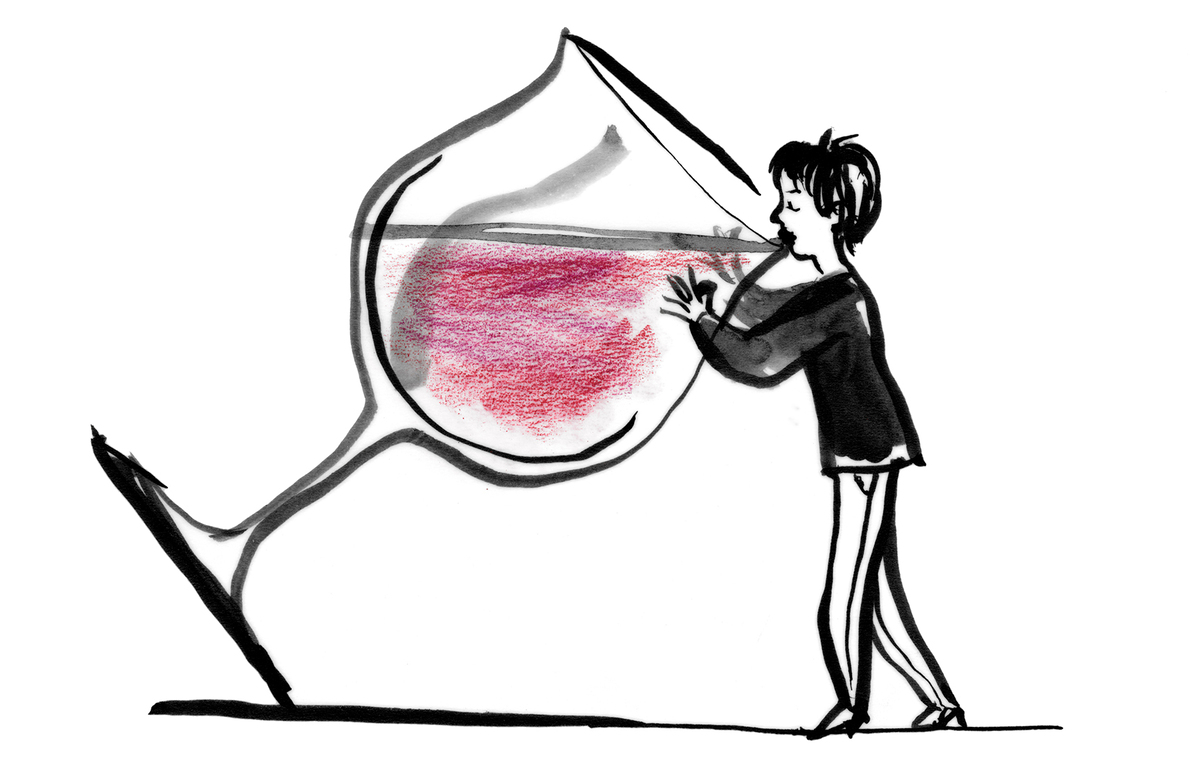 Binge-drinking sounds like an all-night bender, but here's a reality check: Many social drinkers may "binge" without knowing it. Women who drink four or more drinks on an occasion are binge-drinking.

If one glass of wine takes the edge off, why not drink a few more?

This thinking may help explain the findings of a new study that points to an increase in drinking among adults in the U.S., especially women.

"We found that both alcohol use and high-risk drinking, which is sometimes called binge-drinking, increased over time," says Deborah Hasin, a professor of epidemiology at the Columbia University Medical Center and an author of the study.

To assess drinking trends, researchers conducted face-to-face interviews with thousands of adults. Researchers asked a series of questions, such as: Did you ever drink four or more drinks on an occasion, and if so, how often? The study compares the findings from two surveys. One was carried out in 2001-2002; the other was from 2012-2013.

So what's behind the increase? The study wasn't designed to answer this question, but Hasin says there could be a combination of factors.

"Increasing numbers of people feel pessimistic about their economic chances," she says. So this might help explain the increase in drinking among low-income Americans. As we've reported, economists have linked the economy to so-called deaths of despair from causes including opioid overdoses and alcohol abuse.

When it comes to explaining the increase found among women, the way alcohol is marketed may play a role, too. Hasin says she is speculating here, "but just looking at display windows in liquor stores," they seem designed to appeal to women. "Everything is pink, it's all rose," she says.

And beer-makers have sharpened their pitch to female drinkers too, as this Advertising Age article points out. A recent campaign for Coors Light features women competing in races and climbing mountains. "Every climb deserves a refreshing finish," the ad's narrator intones.

So if the makers of wine, beer and spirits are enticing us to drink, are some of us ignoring the risks of excessive drinking? Or maybe many women don't realize when they're drinking too much?

Not all national surveys have pointed to an increase in drinking. In fact, the National Survey on Drug Use and Health found a slight decline in alcohol use disorders between 2002 and 2013. But even if there's been no increase, public health experts say excessive alcohol consumption has long been a problem in the U.S.

"Excessive alcohol use is a huge public health problem in the United States," says physician Bob Brewer, who leads the alcohol program at the National Center for Chronic Disease Prevention and Health Promotion at the Centers for Disease Control and Prevention. The CDC estimates that there are about 88,000 deaths due to excessive alcohol use in the U.S. each year.

"Ninety percent of people in the U.S. who drink to excess are binge-drinking," Brewer says.

Binge-drinking, to me, always sounds like a term for an all-night bender. But here's the reality check: It's easier to "binge" than you might think.

The definition of binge-drinking is "four or more drinks for a woman on an occasion, five or more for a man," Brewer explains.

So think of an evening out: Perhaps you start with a cocktail, then add beer or wine with dinner. The drinks can add up faster than you think.

"It can be tricky sometimes for people to really keep track of the number of drinks they're consuming," Brewer says.

A 5-ounce serving of wine counts as one drink. And a 1.5-ounce shot of spirits (such as vodka, gin, or bourbon) counts as a drink, too. But often, cocktails contain more than one shot. (Exactly what counts as "a drink" is detailed here.)

"A lot of beers now, particularly craft beers, may have higher alcohol content," Brewer says. "So, if you have a 12-ounce beer that [contains] 9 percent alcohol, you're really drinking the equivalent of close to two drinks," Brewer says.

There are tips to help you guard against drinking too much, especially at a festive event or social gathering, such as an office party. One tip: Make a pact with yourself or with somebody else to take a break before each drink. And another: Alternate between glasses of water and alcohol.

Brewer says it's worth reminding everyone that the U.S. Dietary Guidelines recommend that women limit alcohol to one drink per day, two for men.