Accessibility links
Trump Administration Reverses Bottled Water Ban In National Parks : The Salt The move reverses an Obama-era policy put in place to encourage national parks to end the sale of bottled water. The aim was to cut back on plastic litter. 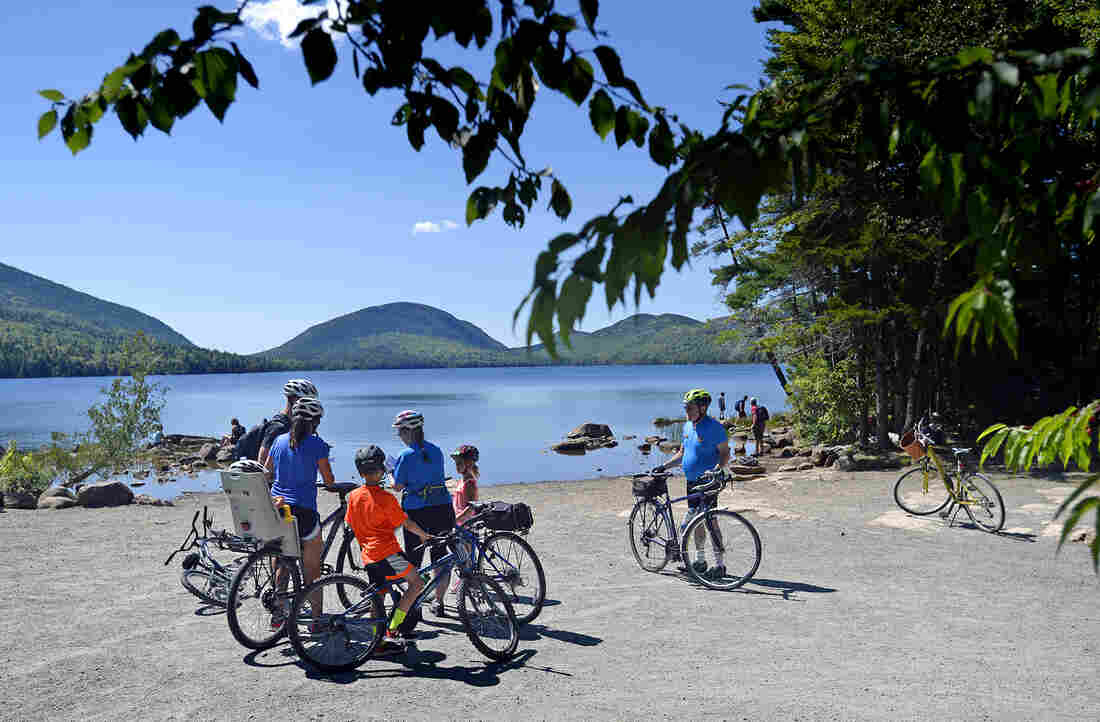 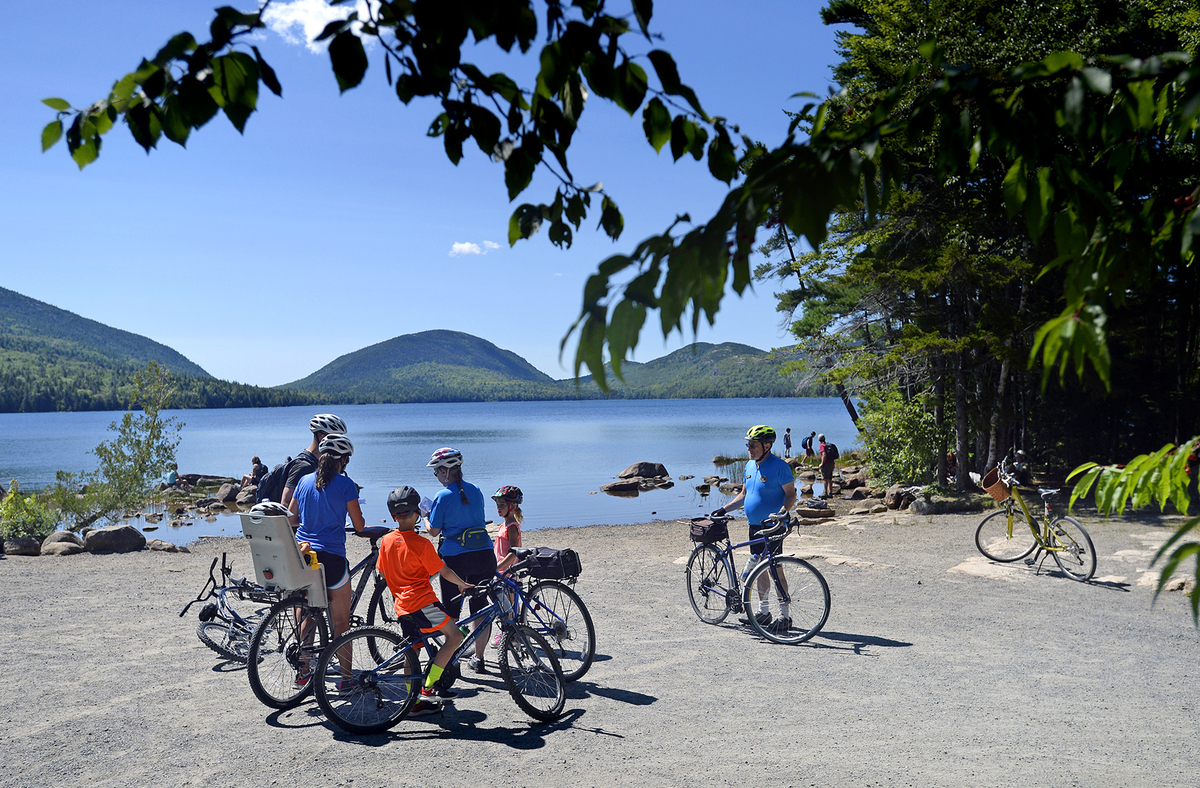 Bike patrol volunteers give directions to visitors at Acadia National Park. The Trump administration has rolled back an Obama-era policy put in place to encourage national parks to end the sale of bottled water.

In 2011, the National Park Service put in place a policy to encourage national parks to end the sale of bottled water. The aim was to cut back on plastic litter.

It was not actually an outright ban — but 23 out of 417 national parks, including Grand Canyon National Park and Zion National Park, implemented restrictions on bottled water sales. The parks encourage visitors to use tap water and refillable bottles instead.

Now, The Trump administration has reversed this Obama-era policy.

"While we will continue to encourage the use of free water bottle filling stations as appropriate, ultimately it should be up to our visitors to decide how best to keep themselves and their families hydrated during a visit to a national park," said Acting National Park Service Director Michael T. Reynolds in a statement.

Culora says the policy was established to reduce waste, "but people coming to the parks that banned the sale of bottled water were still allowed to buy other less healthy beverages — including carbonated soft drinks, sports drinks, teas, milk, beer and wine — that are packaged in much heavier plastic, glass, cans and cardboard containers."

Culora says the industry will continue to work with the park service on recycling programs to "comprehensively address the waste issues within the national parks."

From a public health perspective, the decision to allow the sale of bottled water on federal parkland could nudge park visitors to buy fewer sugary drinks. Certainly, there's been a push to encourage more water consumption.

Beverage companies sell more than $11 billion of bottled water in the U.S. each year. And Americans now buy more bottled water than soda, according to a Beverage Digest analysis.

But bottled water isn't the only way to encourage more consumption. There are drinking fountains, of course. And as we've reported, there are newer initiatives, too. For instance, a company called GlobalTap is installing a new generation of taps in public spaces. Instead of leaning over to take a sip, the idea is more of a filling station for your water bottle.

The park service says it is discontinuing its water bottle ban policy to expand hydration options for park visitors. "The change in policy comes after a review of the policy's aims and impact in close consultation with Department of the Interior leadership," explains a National Park Service statement about the decision.

But critics see the reversal of the policy as another effort by the Trump administration to roll back Obama-era environmental regulations.

In a statement, the Sierra Club's public lands policy director, Athan Manuel, said "actions that roll back protections on our National Parks and public lands only move our country backward — putting the importance of local economies, wildlife and communities on the back burner." The Sierra Club points out that the ban on water bottles in national parks was an effort to increase sustainability and reduce carbon emissions.

The nonprofit group Corporate Accountability International weighed in, too.

"The [bottled-water] industry has lobbied Congress to block this policy for years," says Jesse Bragg, spokesperson for Corporate Accountability International, in a statement. The group points out that the bottled water industry has also directly lobbied the Interior Department, which manages the National Park Service.

CAI points out that the Trump administration recently appointed a deputy secretary at the Department of the Interior who previously worked for a law firm that has represented one of the large companies that sell bottled water.

CAI's Bragg says this is an "example of the industry pulling the strings behind the scenes to protect its profits."