Accessibility links
3, 2, 1 ... Beeeep! Your Microwave's 50th Anniversary Is Ready : The Salt No self-respecting cook would admit to using the food-nuker for anything more than heating up last night's pasta, but it's hard to deny the influence this little machine has had on American life. 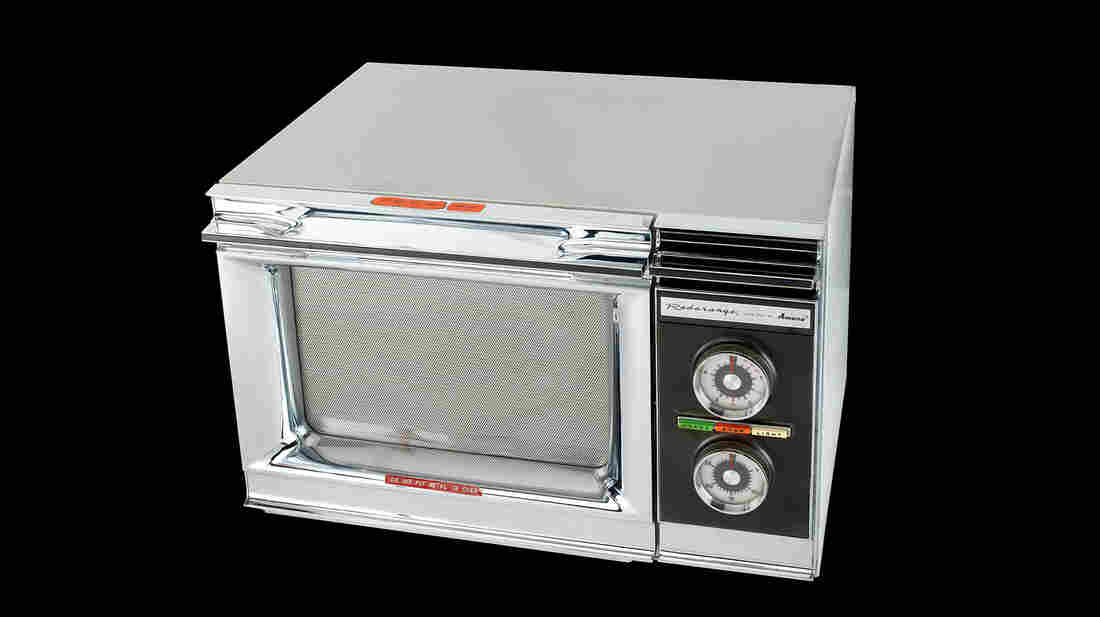 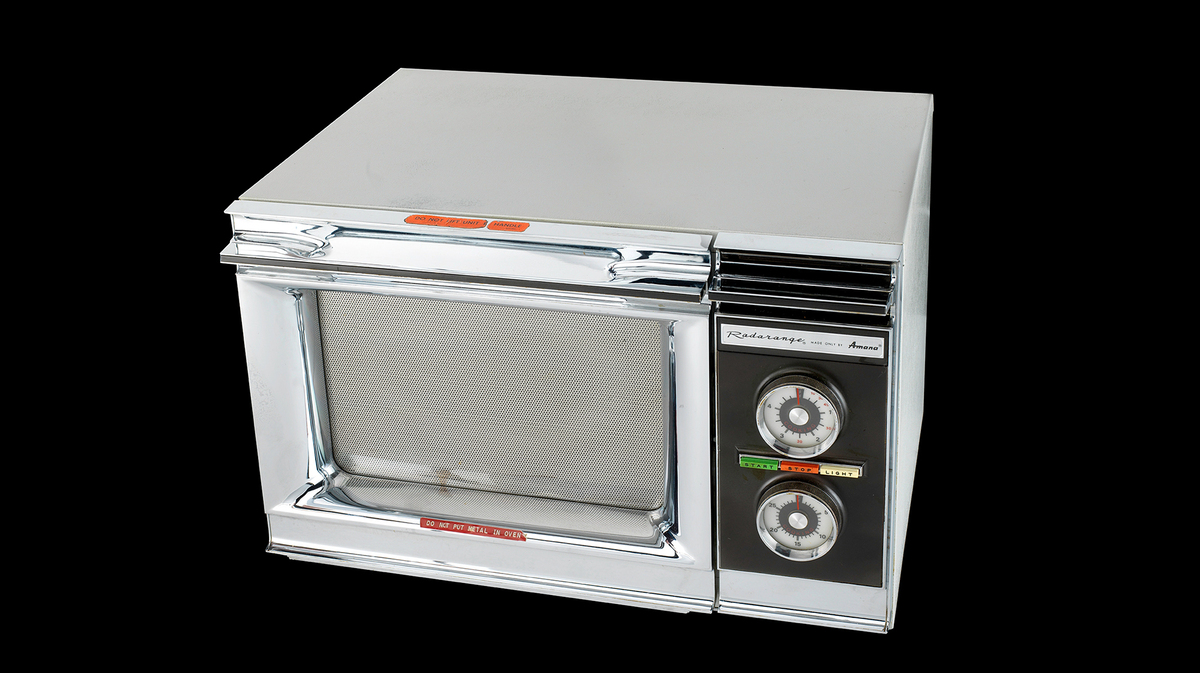 The Amana Radarange was born of a happy accident caused by an engineer who was working for the defense contractor Raytheon in the 1940s.

Courtesy of The Smithsonian Institution

Just like comedian Rodney Dangerfield, the microwave oven often gets no respect. Every kitchen has one, but no self-respecting cook would admit to using it for anything more than just heating up last night's pasta. But it's hard to deny the influence the food-nuker has had on American life, and this year marks 50 years since its arrival.

The first countertop microwave was the Amana Radarange, which debuted in 1967 and sold for $495. It's the appliance that made zapping your food as routine as brushing your teeth.

It was called the "Radarange" because of a happy accident by an engineer who was working for the defense contractor Raytheon in the 1940s. Percy Spencer was using a magnetron, a device that generates the radio waves that are at the heart of radar technology. When he turned on the magnetron, he noticed that the candy bar in his front pocket was starting to melt.

Timothy Jorgensen, an associate professor of radiation medicine at Georgetown University, said Spencer then took the magnetron and pointed it at a raw egg.

Raytheon went on to patent the microwave oven. But the first attempts at microwaves didn't catch on. They were huge, expensive and Jorgensen said the dishes came out looking kind of gross.

"It didn't make the food brown like people were used to seeing from the oven. So there were spray-on things that you would spray on meats and things to make it brown and make it look like it had cooked in the oven."

Fast forward to today and it's still sometimes hard to find microwave dishes that actually look like something you want to eat.

It tastes like strawberry shortcake, but when it first comes out of the oven, it looks like an alien blob. Yonan says the key to microwave cooking is understanding what the ovens do well.

"If you think about it, a microwave is targeting water. It's heating up the water molecules in the food. So steaming is great."

All it takes are a few splashes of water and couple of minutes in the microwave and green beans come out crisp and tasty, not mushy.

Microwave potato chips are all the rage on the Internet. They're crunchy, delicious and much healthier than anything that comes from a bag.

But Yonan says unless you're stuck on a desert island and the only machine you have is a microwave, don't use it to cook meat. He says meats need to heat up more slowly to get the right the taste and texture.

But you can't call yourself a real cook unless you've ruined a meal or two in the microwave. As they saying goes, there's no such thing as a mistake in the kitchen, just a new recipe waiting to be born. Think of it as your chance to add a page to the now 50-year-old history of the little electromagnetic box that could.