Accessibility links
Coca-Cola Offers A Sweet Quest: A Million Bucks To Replace Sugar : The Salt The company is holding a contest to find a new and natural, low-calorie sweetener. The challenge comes at a time when many Americans are cutting back on sugar due to obesity and diabetes risks. 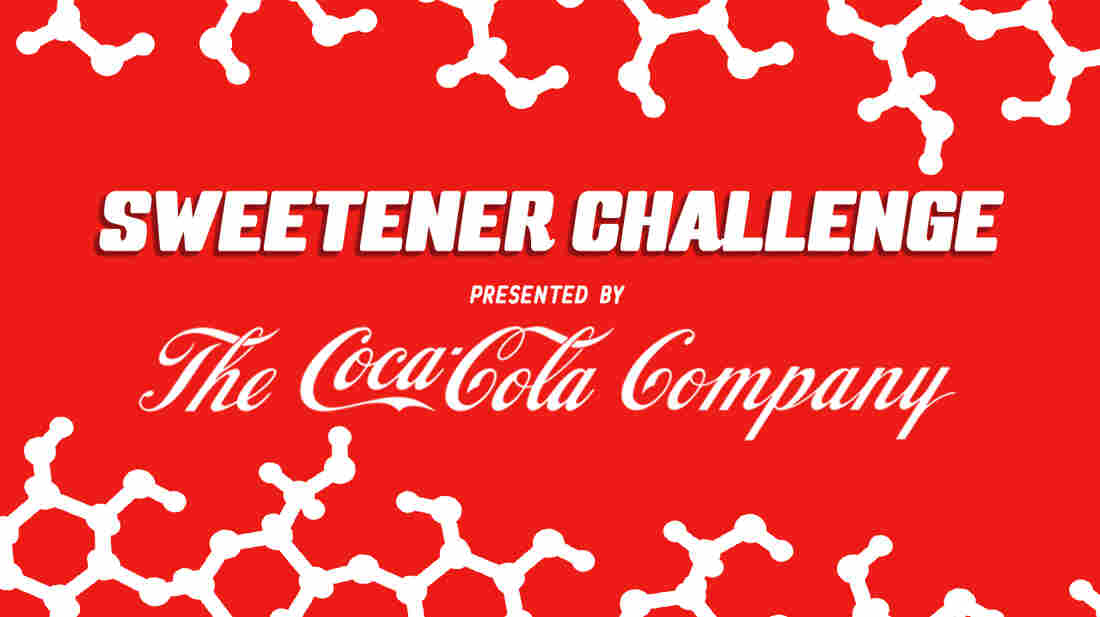 The challenge comes at a time when many Americans are cutting back on sugar due to obesity and diabetes risks. Courtesy of The Coca-Cola Company hide caption 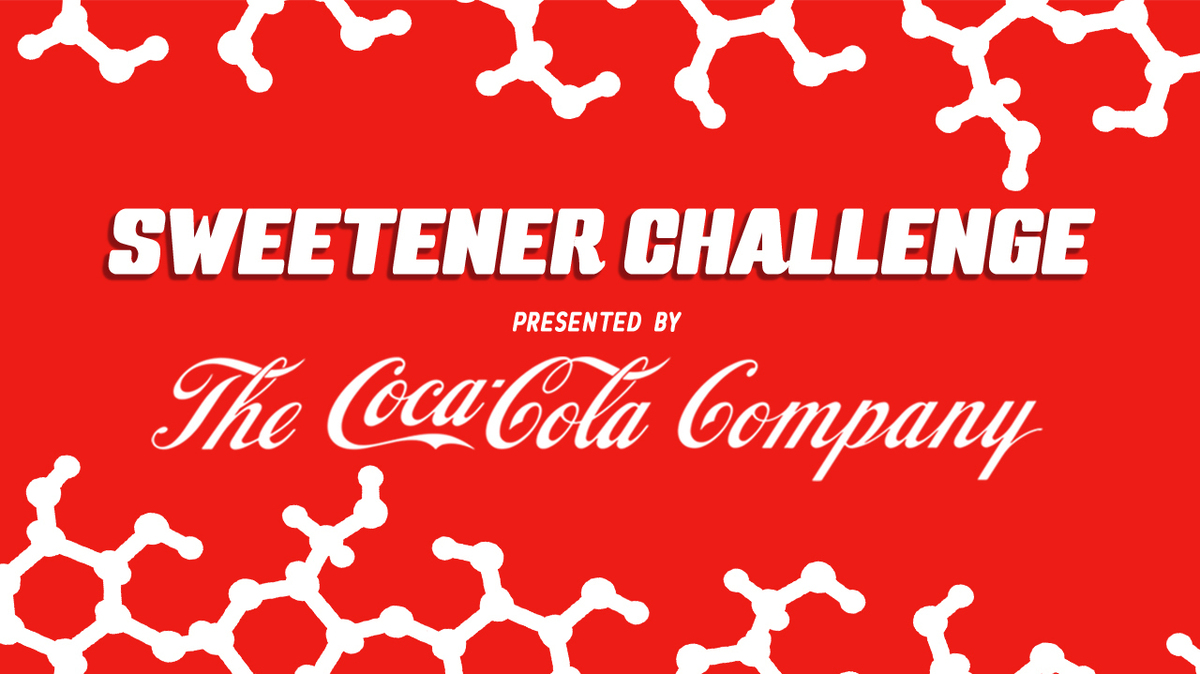 The challenge comes at a time when many Americans are cutting back on sugar due to obesity and diabetes risks.

Courtesy of The Coca-Cola Company

It's not lost on beverage makers that consumers are drinking fewer sodas as they aim to cut back on sugar.

"Sugar is now the number one item that consumers want to avoid in their diets," says Darren Seifer, a food and beverage industry analyst with the NPD Group. The message to consume less is coming from health experts around the globe.

It's a challenge for the beverage industry, as is the fact that many consumers don't like the idea of artificial sweeteners found in diet drinks.

So, the search for new, alternative sweeteners that can appeal to consumers' changing tastes is in full swing. And Coca-Cola has turned to crowd-sourcing.

The company has launched a competition on the crowd-sourcing platform HeroX. According to this description on Coca-Cola's corporate website, Coke is seeking "a naturally sourced, safe, low- or no-calorie compound that creates the taste sensation of sugar when used in beverages." The company says, "one grand prize winner will be awarded $1 million in October 2018."

So, can scientists come up with this kind of sweetener?

"Well, this is a hundred-million dollar question, because it's so difficult and so potentially lucrative," says Paul Breslin, a professor in the nutritional sciences department at Rutgers University and a member of the Monell Chemical Senses Center.

Given the role excessive sugar consumption plays in the obesity and Type 2 diabetes epidemics, there's a lot of focus on finding replacements. But "the search for [alternative sweeteners] is actually an old idea," says Breslin.

Diet colas certainly found their following, and many consumers still consume them. But artificial sweeteners have had challenges – from safety questions, to regulatory hurdles, to taste. They just don't taste like sugar.

When it comes to sugar, Breslin says, it may be hard to trick our taste buds.

"Our love of sugar goes way back," he says. "It pre-dates our species — to when we last shared a common ancestor with chimps and apes." Those ancestors ate a diet that included a lot of fruit, and the natural sugar in the fruit provided a big source of energy. "Yes, we have an ancient love of sugar."

So, Breslin says, from an evolutionary perspective, it makes sense that we seek out sugar – and seem to be highly attuned to its taste.

"When something doesn't match the profile of sugar, you don't even know why, you can't give voice to it," says Breslin. "You just know something's off about it."

In the quest to find alternatives that may come closer to matching the taste and feel of sugar, the search has moved away from the chemistry lab.

"Right now, the search is more focused on natural sweeteners, that are naturally sourced, like plant compounds," Breslin says.

There are already several plant-based sweeteners on the market, including stevia and monk-fruit-based sweeteners. But, so far, they're not as popular as analysts had anticipated. There have been issues with bitterness and aftertaste.

Coca-Cola already has products sweetened with stevia. And Robert Long, senior vice president and chief innovation officer at Coca-Cola, said in this statement, that the company is pleased with the low- and no-calorie sweeteners it uses. But he also said the company must continue to innovate "and keep looking for new beverage ingredients to meet consumers' evolving tastes and lifestyles."

So, Coca-Cola is excluding stevia and monk fruit compounds from its competition. The company says it is looking for novel alternatives.

But Paul Breslin says he is optimistic. "I'm sure that are many more [compounds] out there that we haven't found yet," Breslin says. And he says he is curious about Coke's competition.

But, he says, any new compound that's identified may come with the same challenges as the ones that are already in the market. In other words, finding a compound that can match sugar is easier said than done.