Accessibility links
Organic Industry Sues USDA To Push For Animal Welfare Rules : The Salt New rules — such as giving chickens more space to roam — were approved by the Obama administration, but put on hold under Trump. Now the organic industry is suing the U.S. Department of Agriculture. 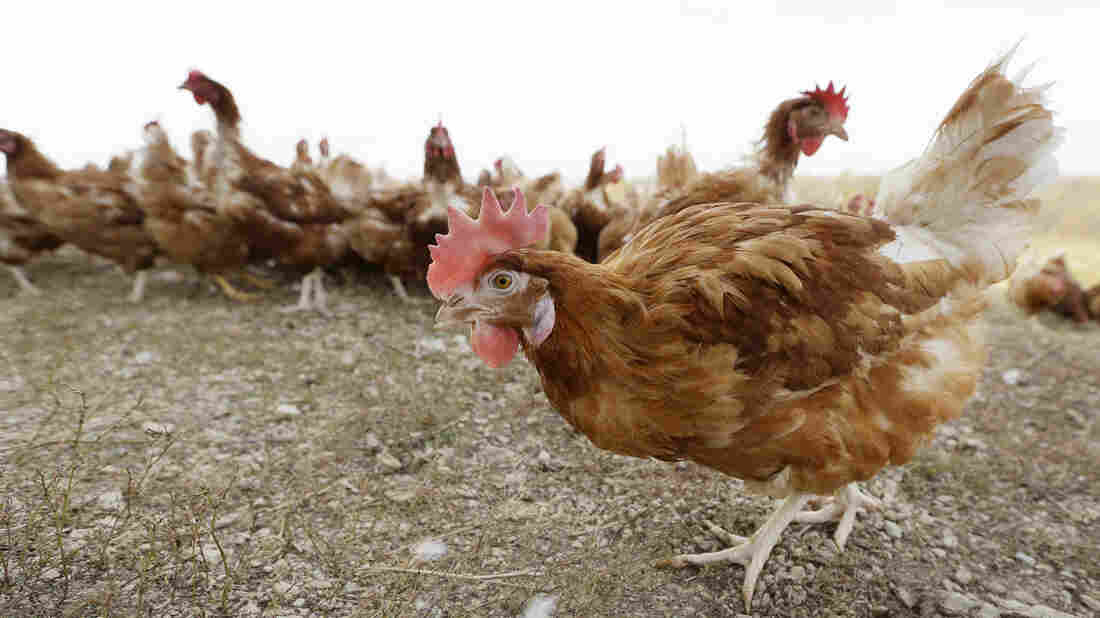 The organic industry is suing the government, demanding that the U.S. Department of Agriculture implement new rules that require organic egg producers to give their chickens more space to roam. Charlie Neibergall/AP hide caption 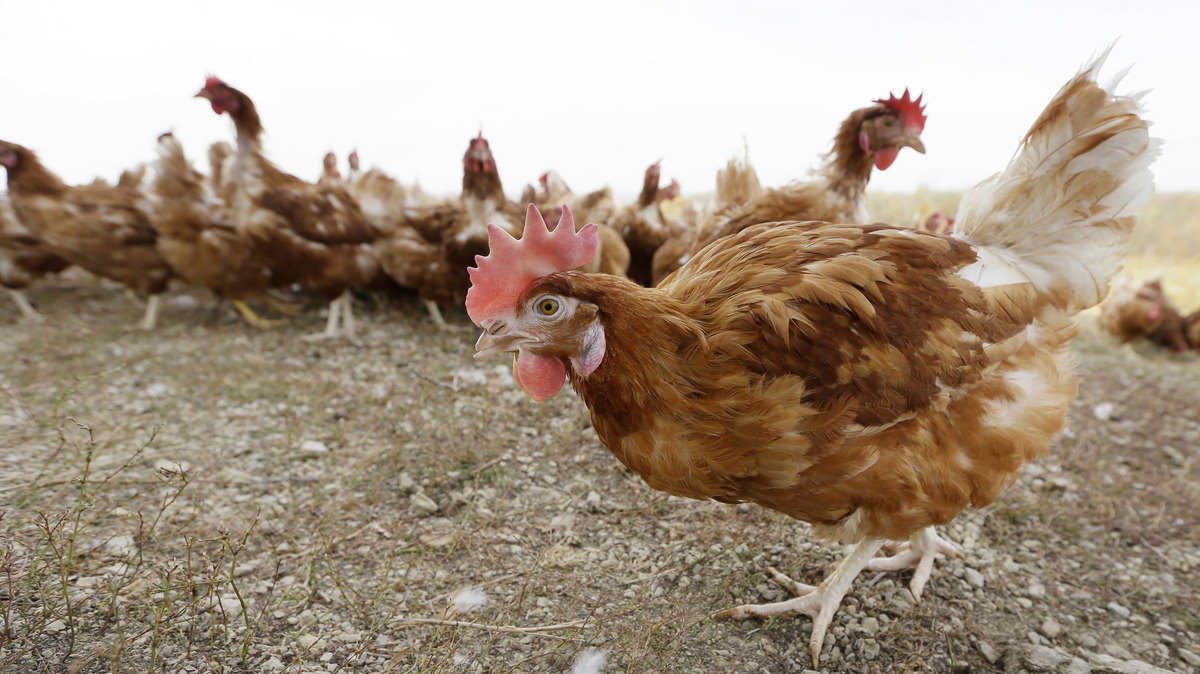 The organic industry is suing the government, demanding that the U.S. Department of Agriculture implement new rules that require organic egg producers to give their chickens more space to roam.

The organic eggs in your grocery store are supposed to come from chickens that have year-round access to the outdoors. That's according to long-standing organic regulations.

But a huge battle has erupted over what "access to the outdoors" actually means. And it's now led to a lawsuit: The Organic Trade Association, which represents most organic food companies, is suing the government, demanding that it implement new rules that require organic egg producers to give their chickens more room to roam.

On one side of this battle, there are a few large-scale organic egg producers, such as Herbruck's Poultry Ranch in Saranac, Mich. They believe that "access to the outdoors" means that the chickens get to live in houses with screened-in porches.

"It's kind of like your screened porch on your house," says Greg Herbruck, president of the business. "When you go out there, you're outside. You're protected from the rain. In this case, we protect [the chickens] from disease and from predators."

Herbruck says it's better for the birds, but there's an economic advantage for his company, too. If "outdoors" means a porch, you can build chicken houses right next to each other, with more than 100,000 chickens in each one. At Herbruck's organic farm, they have 2.2 million hens in all "and still growing. We've been double-digit growth for many years," Herbruck says.

According to some estimates, close to half of all the organic eggs in the country come from farms like this. Herbruck's Poultry Ranch and Cal-Maine Foods are the two largest organic egg producers.

It's a situation that angers hundreds of other organic egg producers, with smaller operations, who have their hens running around outside. One organic activist group, the Cornucopia Institute, even put together an "organic egg scorecard" that rates different organic suppliers based on how closely they're aligned with Cornucopia's vision of small, pasture-based egg production.

George Siemon, CEO of the Organic Valley cooperative, which requires its egg producers to give their hens more outdoor space, says this is what consumers want, and it's also a fundamental part of organic agriculture. "It needs to be a whole system that features the bird's basic needs, and there's no doubt that a hen wants to be outside scratching in the ground," he says.

Siemon and like-minded organic producers have been trying, for more than a decade, to revise the rules covering organic animals. And in the very last days of the Obama administration, they thought they'd reached their goal. The U.S. Department of Agriculture gave final approval to a new regulation that — among many other things — requires organic egg producers to provide real outdoor space — roughly 2 square feet — for each egg-laying hen. Porches don't count.

The rule gives egg producers five years to adapt to the new requirements. Very large-scale producers like Herbruck's Poultry Ranch probably would not be able to meet those requirements, and would have to sell their eggs instead simply as "cage-free."

Laura Batcha, executive director of the Organic Trade Association, says there's overwhelming support for these rules among organic food companies. "The industry is committed to this, and totally gets it, that it's in everybody's interest to make sure that the consumer gets what they're looking for," she says.

But big organic egg producers have continued to oppose the new rules, and they've found strong allies in Congress. Both Kansas Republican Pat Roberts, chairman of the Senate Agriculture Committee, and the committee's senior Democrat, Debbie Stabenow, have called on the USDA to revise the new rules. Stabenow, who represents Michigan, has received thousands of dollars in campaign contributions from members of the Herbruck family.

When the Trump administration took office, it put the new standard on hold and suggested that it might even be withdrawn.

The Organic Trade Organization now is going to court, demanding that the government step aside and let the new rules take effect. "We just feel that we've waited too long," Siemon says.