Accessibility links
Is Fondant Free Speech? Chefs Show Support For Gay Marriage As Supreme Court Case Looms : The Salt "You'd think cake would be apolitical, and yet here we are," says one of several D.C.-area pastry chefs who wrought their support for gay marriage into elaborate wedding cakes. 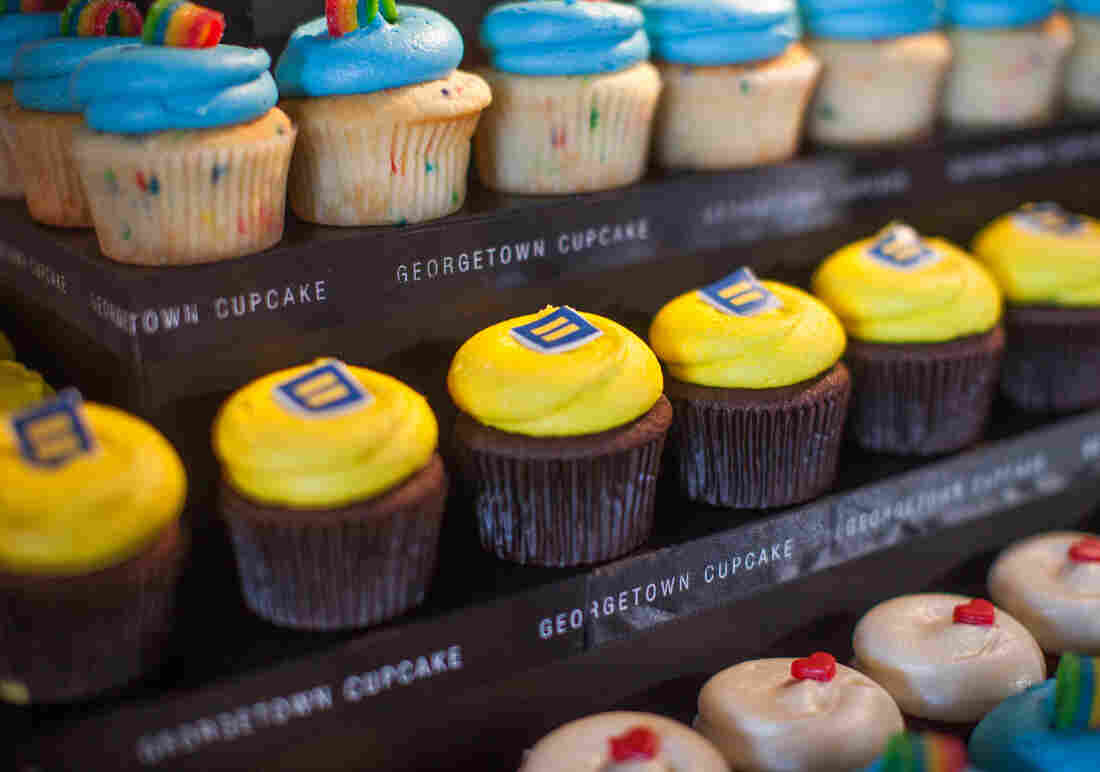 "Equality cupcakes" by Georgetown Cupcakes are just one of several baked creations in support of same-sex marriage that were on display this week at the Chefs for Equality, a fundraising event for the Human Rights Campaign in Washington, D.C. Kelly Jo Smart/NPR hide caption 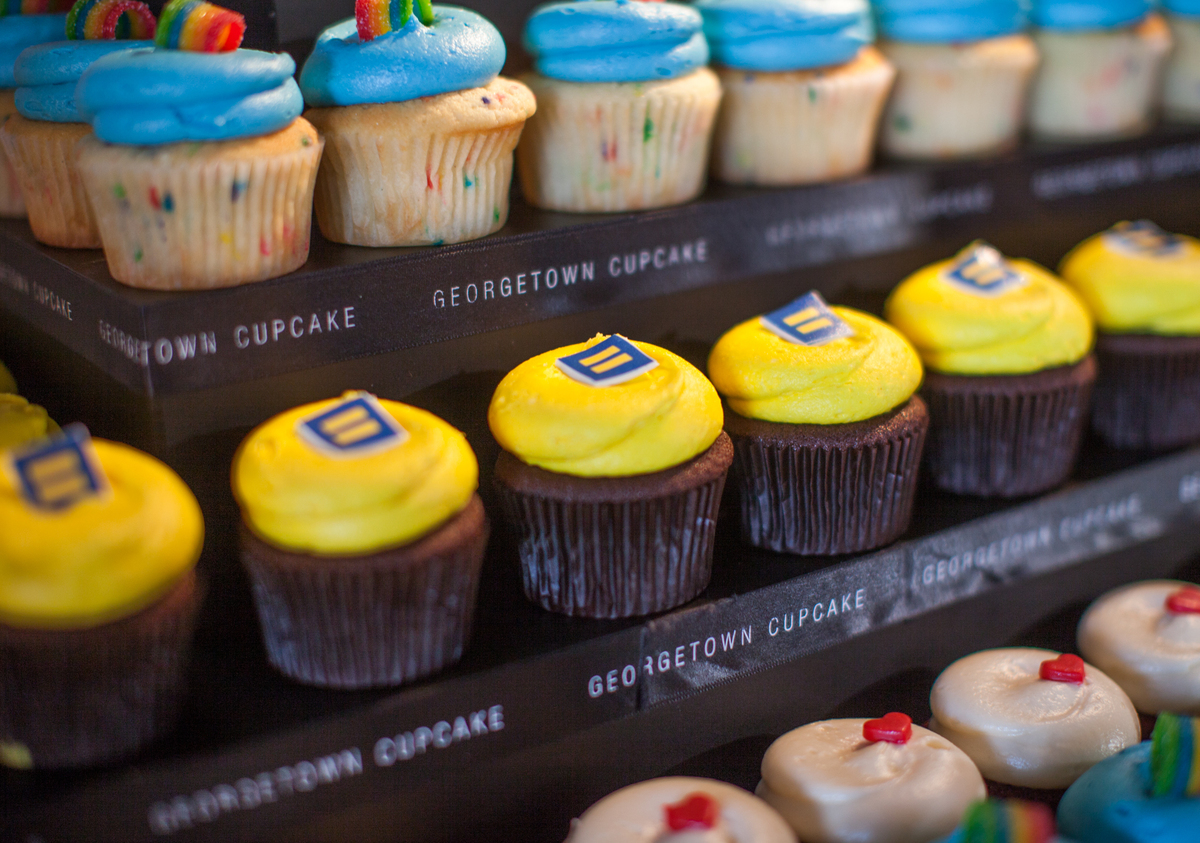 "Equality cupcakes" by Georgetown Cupcakes are just one of several baked creations in support of same-sex marriage that were on display this week at the Chefs for Equality, a fundraising event for the Human Rights Campaign in Washington, D.C.

Bedecked in fondant and flowers, modern wedding cakes are the centerpiece of the marriage feast — an edible form of art. But are they also an expression of free speech? 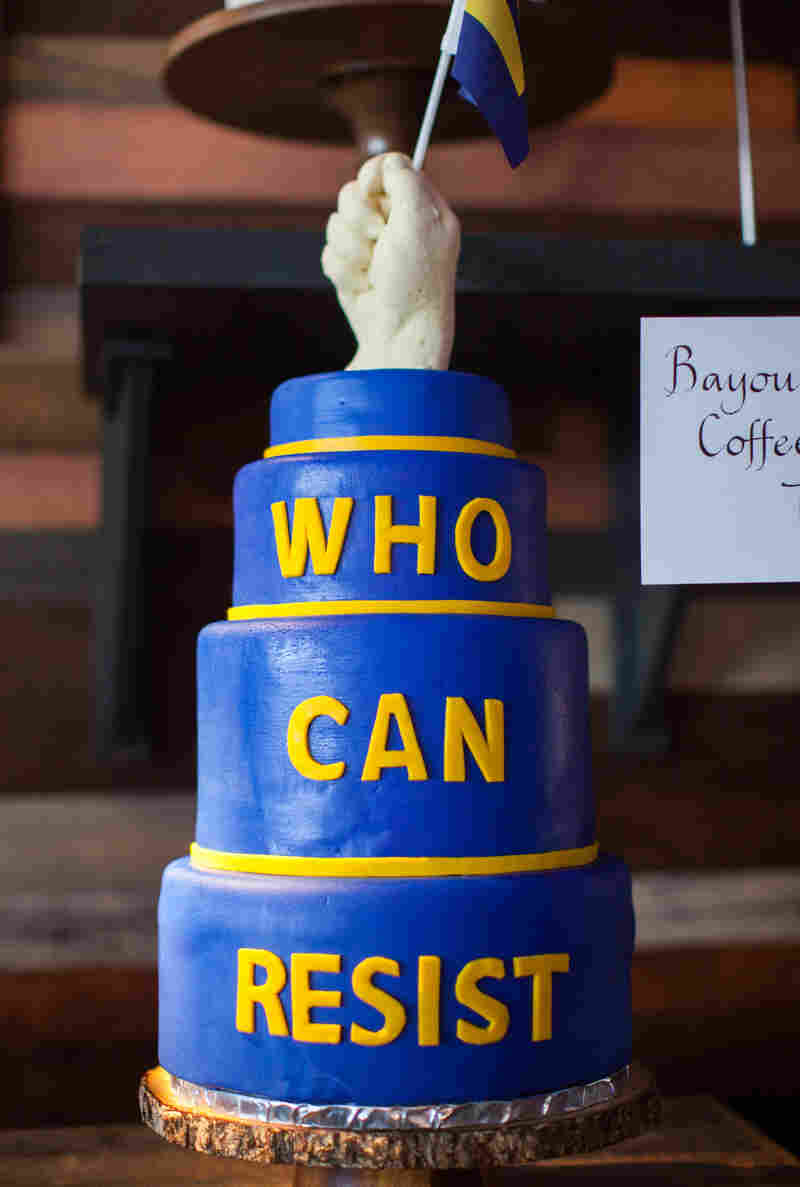 That is the question the Supreme Court will consider this fall when it hears the case of a Colorado baker who refused to make a custom wedding cake for a gay couple because he said it would violate his religious beliefs.

She was among the Washington, D.C.-area pastry chefs who crafted 18 elaborate tiered wedding cakes to show their support for marriage equality. Their creations were on display Tuesday night at the sixth annual Chefs for Equality in D.C., a fundraiser hosted by the Human Rights Campaign. Some 140 chefs, pastry chefs and mixologists participated in this year's event. The theme: "Who Can Resist?"

George said her cake — three-tiered and adorned with white fondant molding and columns meant to echo the neoclassical architecture of the Supreme Court building — was definitely intended as a political statement. 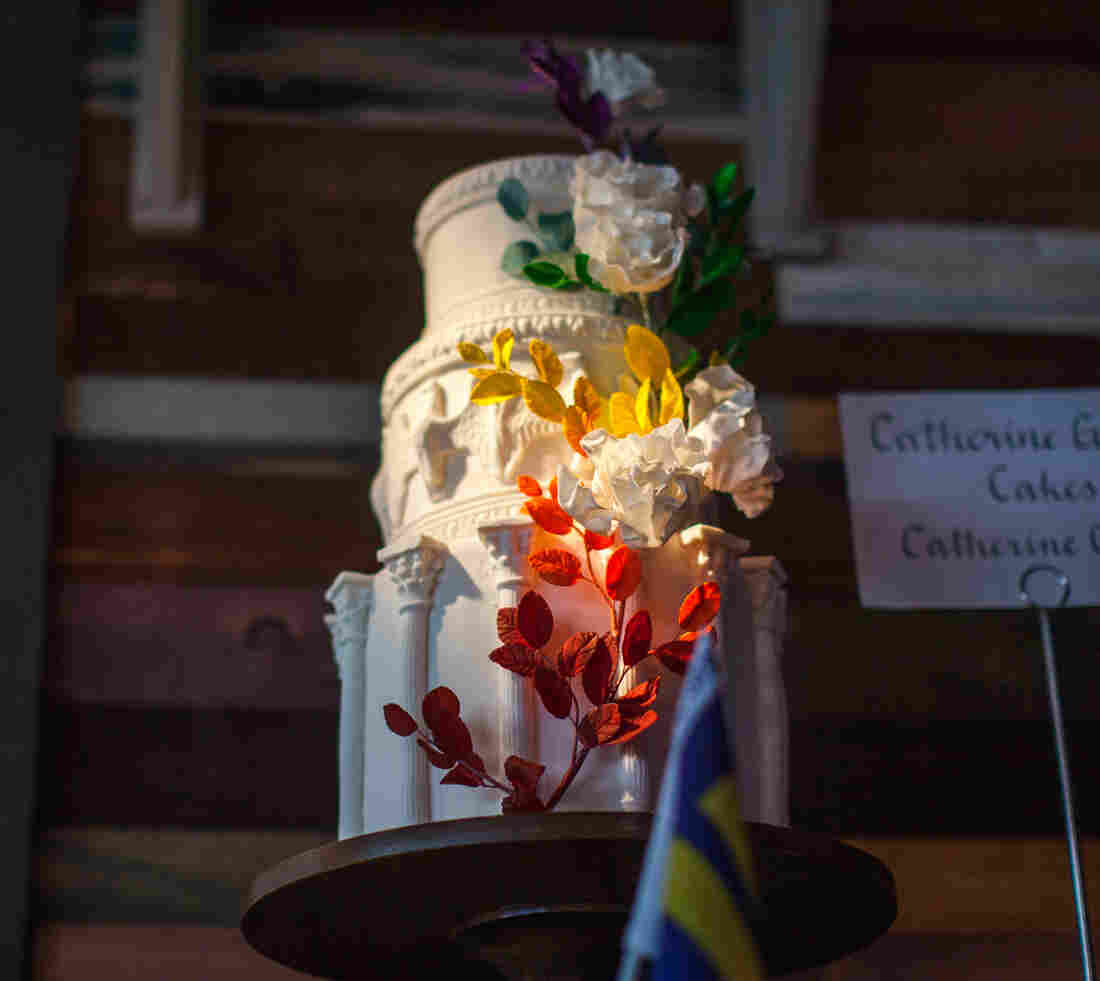 "I wanted to reference the Supreme Court case that's coming up," George says. "Which is funny, because the idea of cakes as art is part of that."

She adds: "[I] strongly believe that gay people shouldn't be discriminated against when buying their wedding cake."

Public accommodation laws in Colorado and elsewhere are designed to prevent discrimination by businesses that interact with the public. Five years ago, David Mullins and Charlie Craig asked Colorado baker Jack Phillips to make them a custom wedding cake. Phillips refused, saying he didn't want to be compelled to use his artistic talents — his cake creativity — to celebrate an event that violated his deeply held religious beliefs. So Mullins and Craig filed civil rights charges against the baker.

Eat Now Or Forever Hold Your Piece: The Layered History Of Wedding Cake

The Justice Department, under President Trump, is backing the baker. In a brief filed with the court this month, it argues that the wedding cake case is at heart about the First Amendment and the right to free expression. Acting Solicitor General Jeffrey Wall wrote: 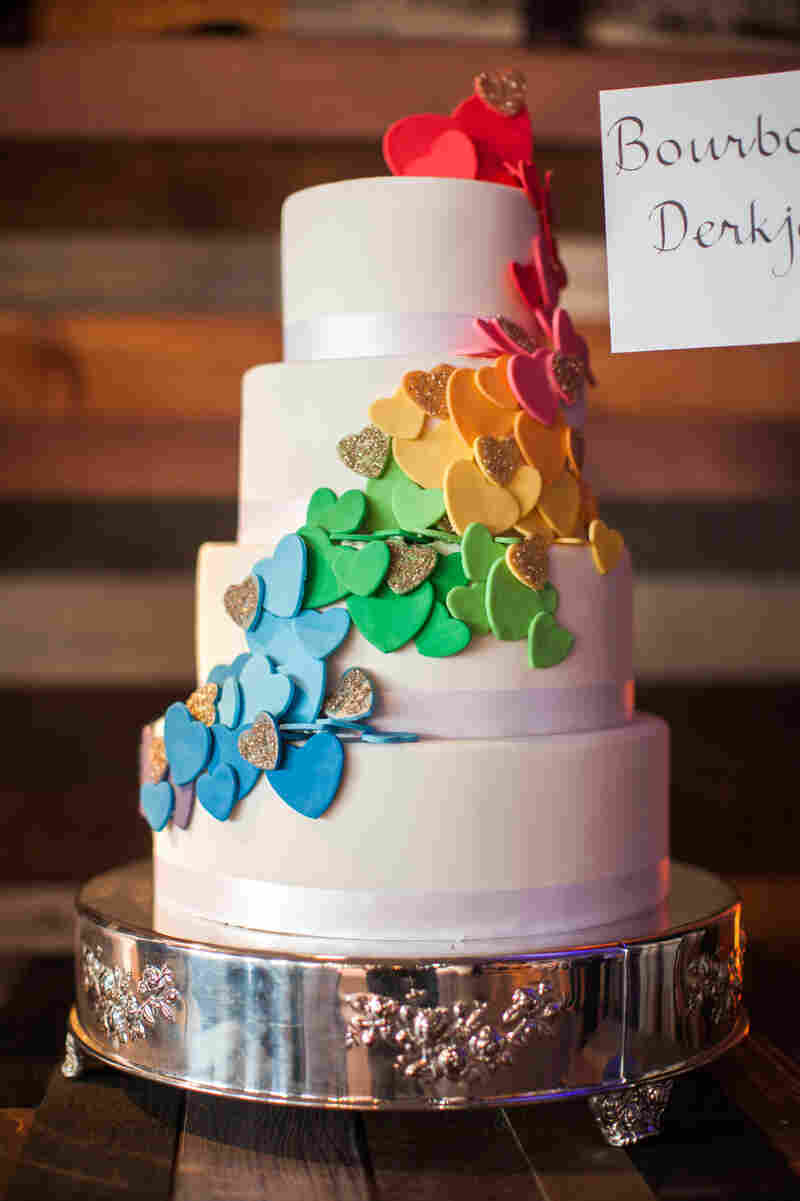 Some of the cakes on display Tuesday were overtly political. Tressa Wiles of Bayou Bakery crafted a blue and yellow cake — the colors of the Human Rights Campaign — with a fist jutting out of the top in defiance. "If you like cake and dessert and want to get married or celebrate anything, you should be able to get it — as long as you pay for it, right?" Wiles told The Washington Post. She told the paper she was 100 percent in support of the Colorado couple.

Others took a more romantic approach. Derkje Steenblik, pastry chef at Bourbon Steak, in D.C.'s Four Seasons hotel, says she spent two days crafting her white-tiered cake festooned with hearts, in the colors of the rainbow. "The hearts ascending," she says, "symbolize love ascending" — and presumably, conquering all.

The wedding cake displays have been a part of Chefs for Equality since the first event was held in 2012, to benefit Maryland's Question 6, the state's same-sex marriage law. The cakes were such a hit that "we decided to do it every year and theme it," says Simone Rathle, who is on the event's host committee. "And this year, because of what was happening with the Supreme Court hearing, the cakes were much more important than anything."