Accessibility links
Distillery Cat Wanted: Must Be Affable, Brand-Boosting, Cold-Blooded Killer : The Salt A new book profiles some of the world's most fascinating felines, while telling how their job descriptions have evolved from rodent catchers to today's ambassadors for distilleries and breweries. 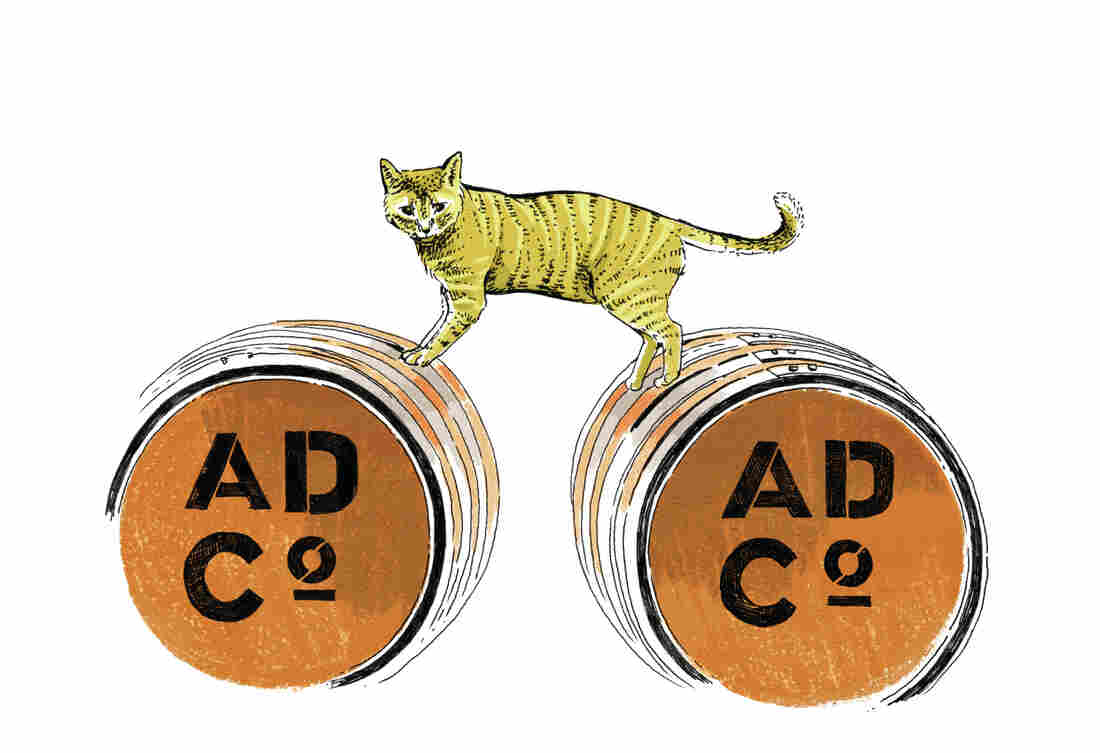 When Senate Minority Leader Chuck Schumer, D-N.Y., held a press conference at Albany Distilling Co., this ginger-colored distillery cat stole the show by hopping up on a barrel next to the podium for a photo op with the senator. Courtesy of Distillery Cats/Julia Kuo hide caption

Inviting a cat to live in a distillery is like offering a child free room and board at a Disney World theme park. In a distillery, there are tall stacks of shipping pallets to climb, oak barrels to jump on, pipes to nimbly tightrope-walk across and — of course — a steady supply of rodents to hunt. 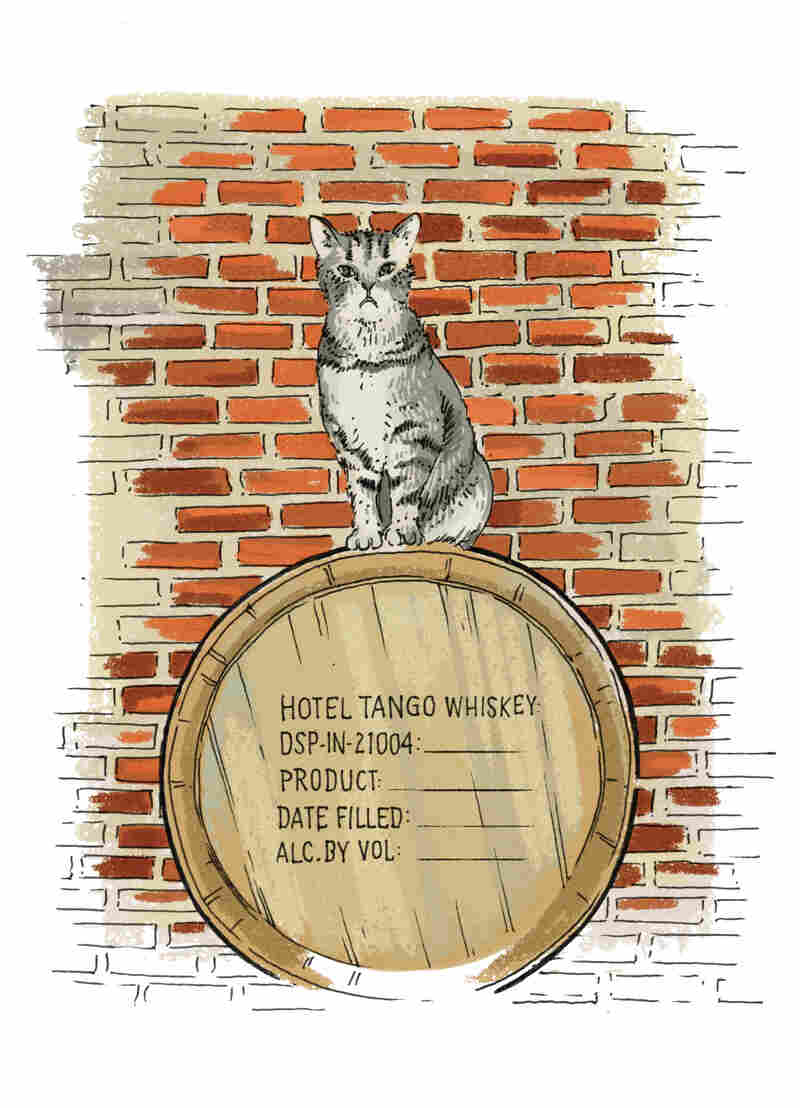 Fletcher Pickles stepped into his role as the Hotel Tango Artisan Distillery mascot, with nearly as many Instagram followers as the actual Indianapolis distillery. Owner Travis Barnes says, "I suspect he sees himself as the Brad Pitt of cats." Courtesy of Distillery Cats/Julia Kuo hide caption

People and cats have always had a businesslike relationship. Where human agriculture goes, a smorgasbord of rats and mice are sure to follow. And distilleries, which turn various grains into grogs, have been battling these pests for centuries. Distillery Cats, a new book by Brad Thomas Parsons, is based on his popular Instagram chronicle of these mousers.

Irish and Scottish distilleries were particularly reliant on cats, he writes. In the modern era, the most famous of these cats was Towser the Mouser of Glenturret, Scotland's oldest working distillery, who killed over 28,000 mice during her 24-year tenure, which ended upon her death in 1987. The lethal feline was featured in Guinness World Records for her accomplishments.

Here in the United States, distillery cats don't need to be nearly as productive as Towser to earn love and admiration. Parsons' book gives brief synopses of 30 U.S. distilleries (and breweries) and their resident mousers — some of whom are more friend than mouse-foe.

In Indianapolis, Hotel Tango Artisan Distillery is unique in that its cat, Fletcher Pickles, is a registered emotional therapy animal for co-owner Travis Barnes, a combat-disabled veteran. Fletcher Pickles caught a few mice as a kitten, but retired early. "As far as we know, there aren't mice in here to catch," says marketing manager Katie Breden. "He's chased around a few birds, but mostly he's our little mascot."

When people come in to have a cocktail at Hotel Tango, it can be a thinly veiled excuse to see Fletcher Pickles — whose main jobs as a distillery cat appear to be "look cute while sleeping" and "have astronomically large paws" thanks to some bobcat lineage. He was also born without a tail. Though he may not be next in line for a Guinness world record, this hasn't diminished his place in the distillery. "He's really special to all of us here," Breden says fondly. "He's just our little guy." 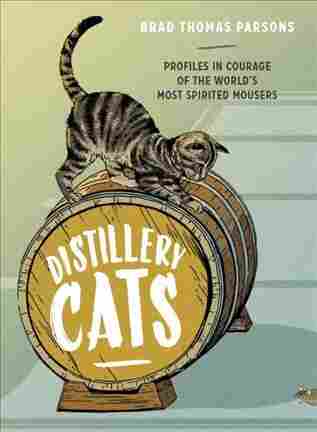 Profiles in Courage of the World's Most Spirited Mousers

These cats often make up a vast portion of distillery social media pages. "Anyone can post a picture of their cat in their house," says Rick Sicari, co-owner of Albany Distilling in New York. But when the distillery posts a picture of its orange tabby, Cooper, lounging across a barrel or looking like he's ready to drive a forklift, the Internet does a collective "Awww." For businesses that don't serve food or drink, having a cat around usually isn't a health code violation (though some of these kitties live in a dubious legal limbo). Cooper, and his new friend Montgomery, have free rein of the distillery. "Any box that is too small for them — they will find a way to dive into it," Sicari says.

Most distillery cats are adopted from local shelters, thanks to the fact that once-feral cats that may not fare well in a home environment are perfectly suited to the rigors of hunting mice. And there are plenty of shelter cats looking for homes. 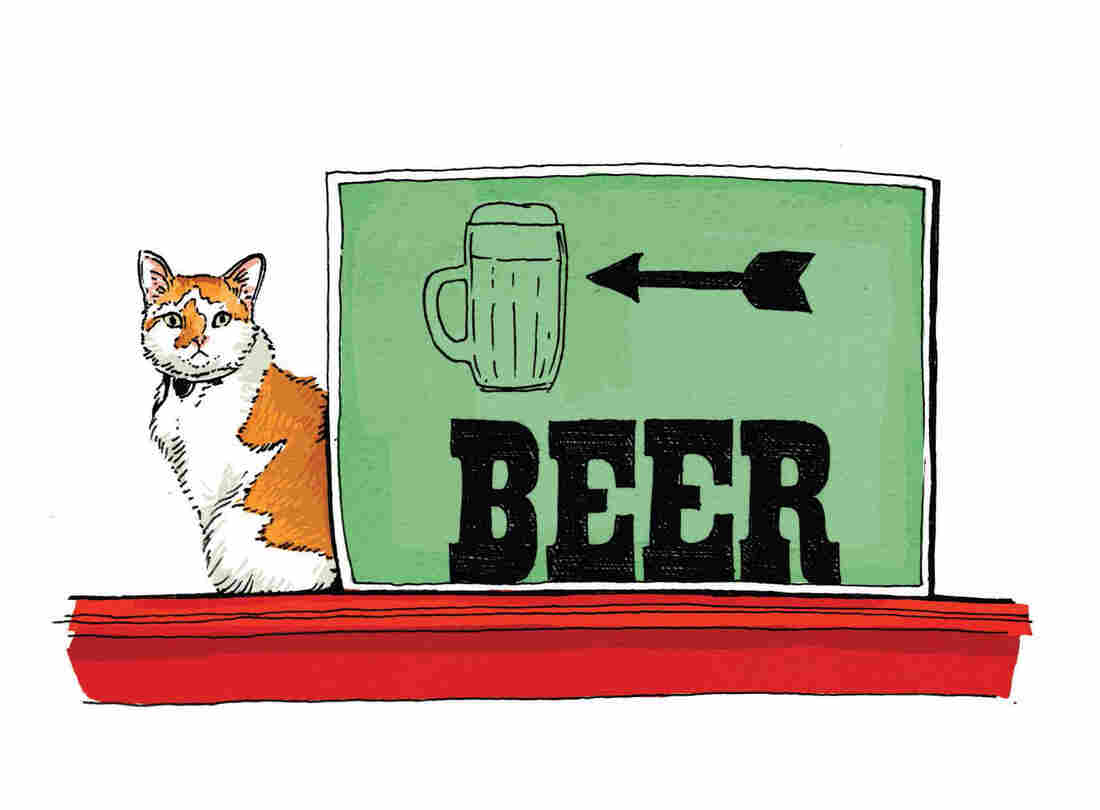 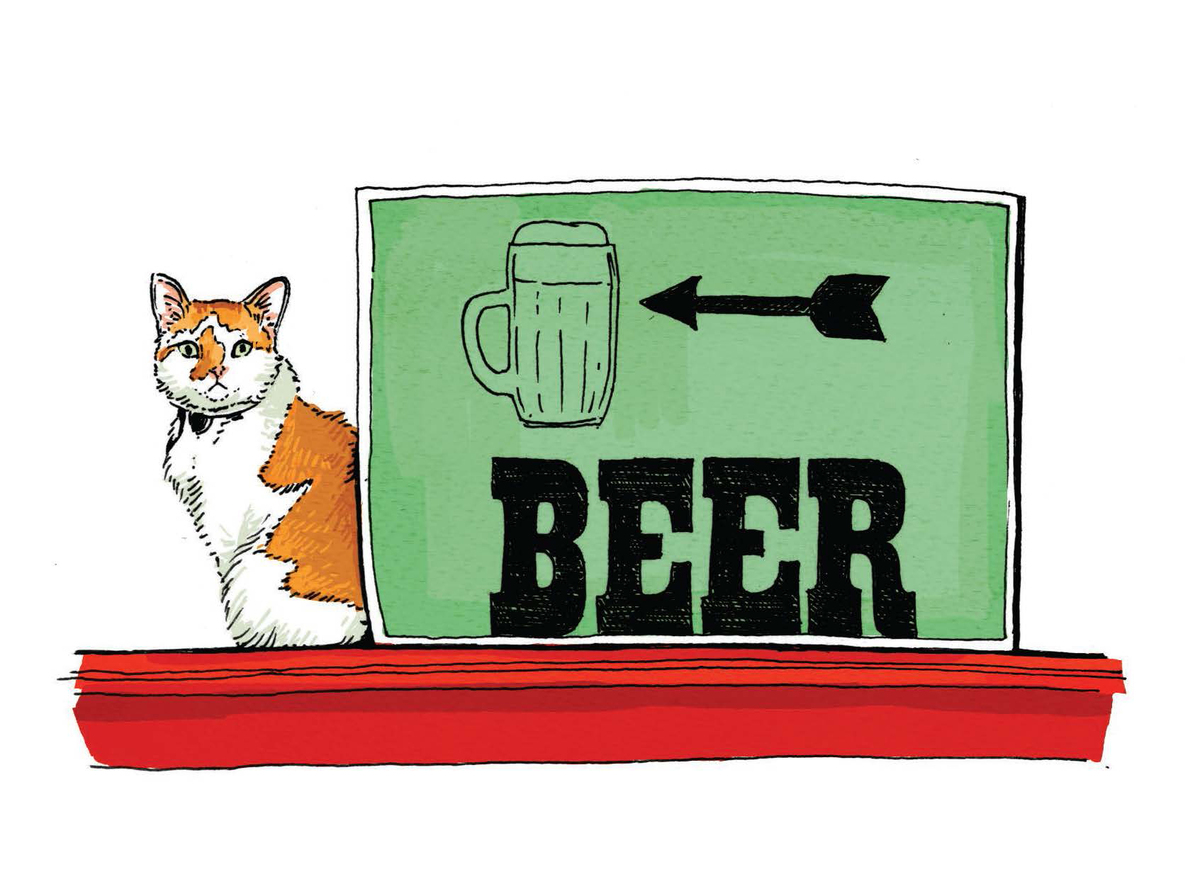 Brewster the Brewery Cat, of The Guardian Brewing Co. in Muncie, Ind., is a husky, middle-aged, orange Creamsicle–colored feline who enjoys tuna and sleeping in cardboard boxes.

Pennsylvania's 2SP Brewing Co. was "putting out feelers" for a cat when one simply showed up, says Joe Ruthig, brewery facilities manager. Brewery Cat, as the severely cross-eyed lady is affectionately named, has turned out to be surprisingly adept at catching rodents, though birds and flies continue to escape her grasp. But Brewery Cat has done such a commendable job with the rodents that she now hunts the area around the brewery as well, Ruthig says. "The exterminator is like, 'I don't know why I even come here.'"

Traditionally there's been only one prerequisite for a distillery cat: must catch rodents. But today, some prospective owners are also looking for a cat with a certain je ne sais quoi — one that can provide a morale boost during a hard day and also be an extra reason for people to visit their favorite booze bottler at the source.

Read an excerpt of Distillery Cats