Accessibility links
Donuts And Apple Cider: An Autumn Marriage Made By Autos And Automation : The Salt For many people, it's just not Fall without this tasty combo. And when the first cars hit the roads, farm stands began selling the drink along with a fried treat made by a new machine.

Donuts And Apple Cider: An Autumn Marriage Made By Autos And Automation

Donuts And Apple Cider: An Autumn Marriage Made By Autos And Automation 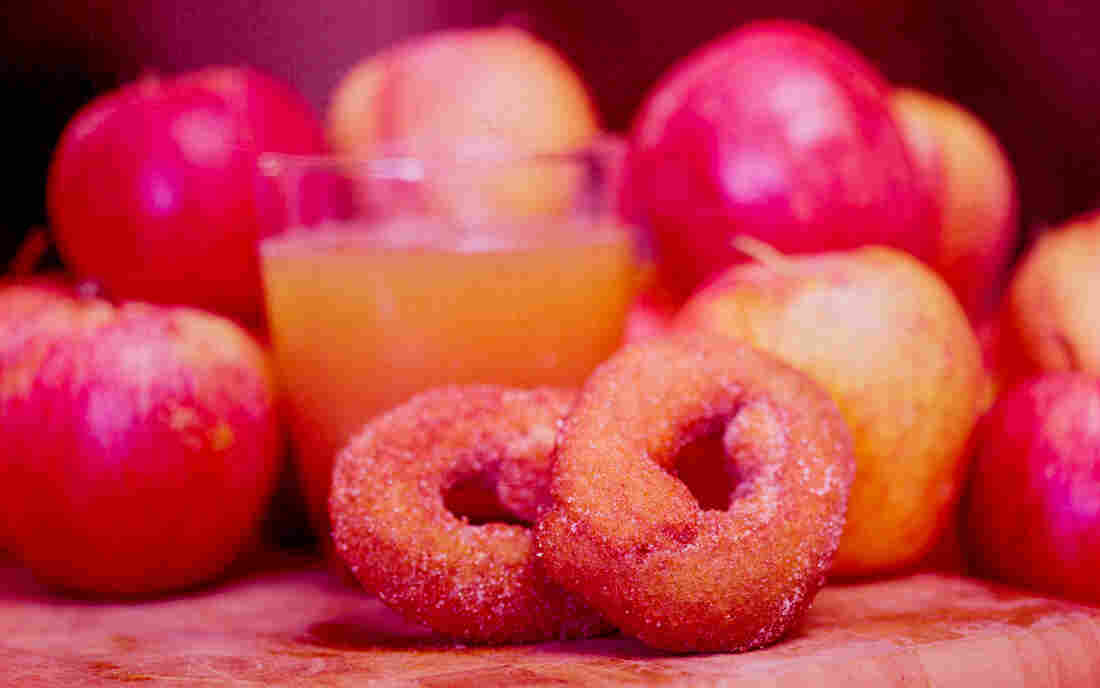 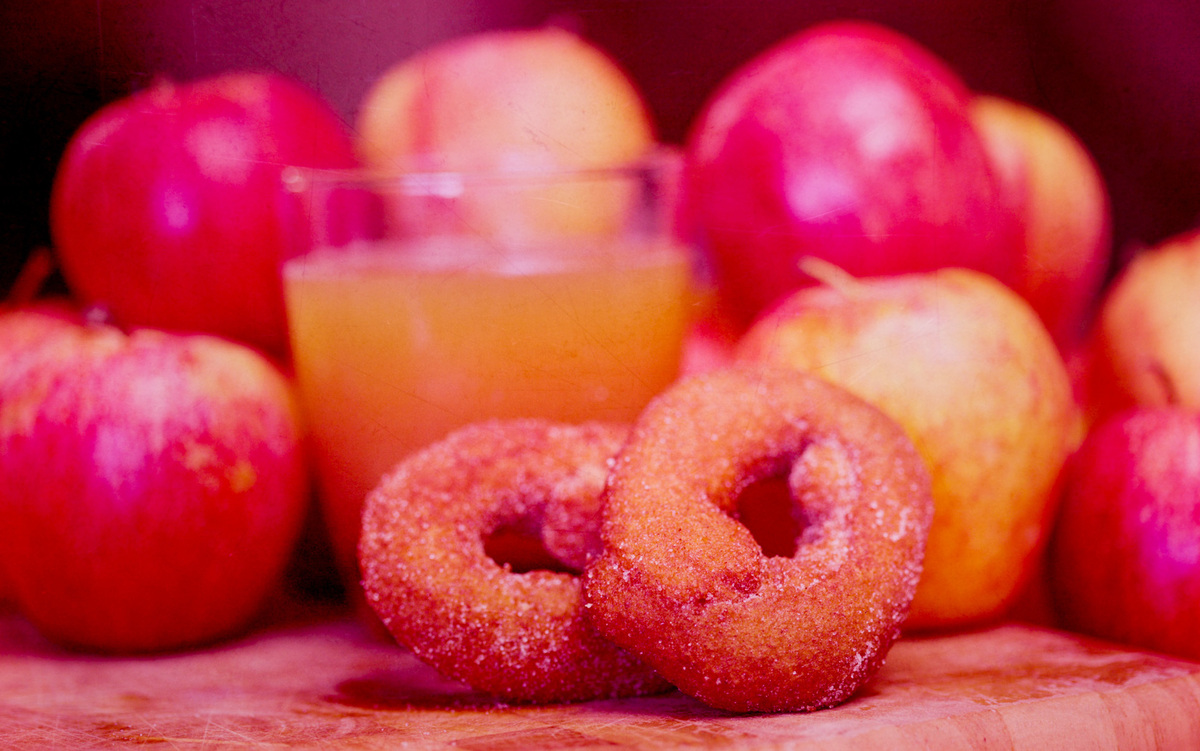 A cold, crisp glass of apple cider helps wash down those deliciously oily donuts, still hot from the fryer.

When baker Julie Richardson was growing up in Vermont, Autumn Saturdays had a particular rhythm. First, soccer practice. And then, to the apple orchard for some cider and donuts.

"I would sit there and watch that machine — watch the doughnuts plop into the hot oil, go down the conveyor belt and plop out the other end," she says.

For many New Englanders — and for people across the country who grew up near apple orchards — it's just not Fall without cider and donuts. It's a combination that makes culinary sense: When cider is used to make the dough, Richardson notes, the acidity helps yield a tender crumb. And a cold, crisp glass of cider helps wash down the deliciously oily donuts, hot from the fryer — the autumnal version of milk and cookies.

It's a tasty pairing for sure. And one that evokes earlier times.

"We put this rural gloss on it," says food writer and culinary historian Michael Krondl. "Farm stands have been around forever, and cider donuts harken back to New England Fall and changing leaves. Yeeeeeah," he laughs. Krondl's audible skepticism comes because he thinks this sepia-tinged tradition arose because of some distinctly new world trends — namely automation, and automobility.

But first, to acknowledge the actual old-world component: Yes, both cider and donuts have long histories. Krondl notes that in early America, hard cider was "one of the primary beverages, prior to Prohibition — especially in apple-growing areas like New England and the Upper Midwest." It was cheap, common and easier to make than beer (not to mention handy when you've got a bumper crop of fruit that would otherwise go bad).

As for donuts: You can find mentions of fried cakes in the Bible, and pretty much every culture has their own beloved take on batter or dough hitting hot fat (not surprising, given that heating a cauldron of oil is a bit easier than rigging up an oven). Something resembling modern donuts has probably been a part of American history since the early Dutch settlers, and the treat got a big boost during World War I, thanks to the tasty outreach of the Salvation Army. But back stateside, donuts weren't as widespread as they are today — namely because making them was a fairly labor-intensive process.

Until Adolph Levitt came along.

Sally Levitt Steinberg, Adolph's granddaughter, tells the almost mythical origin story of how her grandfather met an engineer on a Midwestern train, and the two of them came up with the prototype for a donut-making machine. After many failures, Levitt finally succeeded in 1921, setting up the machine in the window of his bakery in Harlem, N.Y. Instead of having to roll out the dough, cut the donuts and fry them in a pot, bakers could just set up this machine, which plopped perfect circles of batter into hot oil, then fried and flipped them at just the right time. It's the exact contraption that later hypnotized Richardson — and so many others.

The public recognized the delicious importance of the invention. Steinberg says her grandfather took the machine out for a demonstration in Times Square, and it stopped traffic all over the city.

"It just exploded," says Steinberg. "Then he realized that the machine was going to last forever, and the money wouldn't. So then he got into the rest of the aspects of the business — mixes, shops, selling donuts in supermarkets."

And, as Krondl notes, at the same time that Levitt's donut machine was taking over, another phenomenon was happening — the rise of the automobile.

"It's the collision of the automobile, automation and advertising," says Krondl. "You've got these machines in every donut shop in America, and the Doughnut Corporation of America [Levitt's company] is controlling them. And you begin to have these farm stands, particularly near urban areas, where people can go on a Sunday drive. People would do that in the early days of the automobiles — excursions."

Drivers and passengers would get hungry on these drives. Krondl asserts that the newly perfected automatic donut machine (with its accompanying easy-to-use commercial mixes) was a perfect way to feed them at their destination. And the donuts went perfectly with the cider these farm stands were already pressing.

"Like McDonalds," Krondl says, "farm stands are a function of mobility and the highway system."

A hundred years ago, Adolph Levitt wasn't thinking about "automobility" or Sunday drivers — he was just thinking of returning GIs' appetite for tasty fried treats, and how to turn a fortuitous encounter with an engineer into the solution for a market need. But Krondl maintains that the result, coming at the time it did, married cider and donuts together forever. And we should all be grateful.

"At a certain point, you couldn't have a farm stand without a donut machine," says Krondl. "Which I totally support."