Accessibility links
Their Coffee Is World-Renowned. Now More Guatemalans Are Actually Drinking It : The Salt The rise of independent cafes and popular artisanal brewing methods have sparked a growth in national consumption. Now, about 10 percent of coffee produced in the Central American country stays there.

Their Coffee Is World-Renowned. Now More Guatemalans Are Actually Drinking It

Their Coffee Is World-Renowned. Now More Guatemalans Are Actually Drinking It 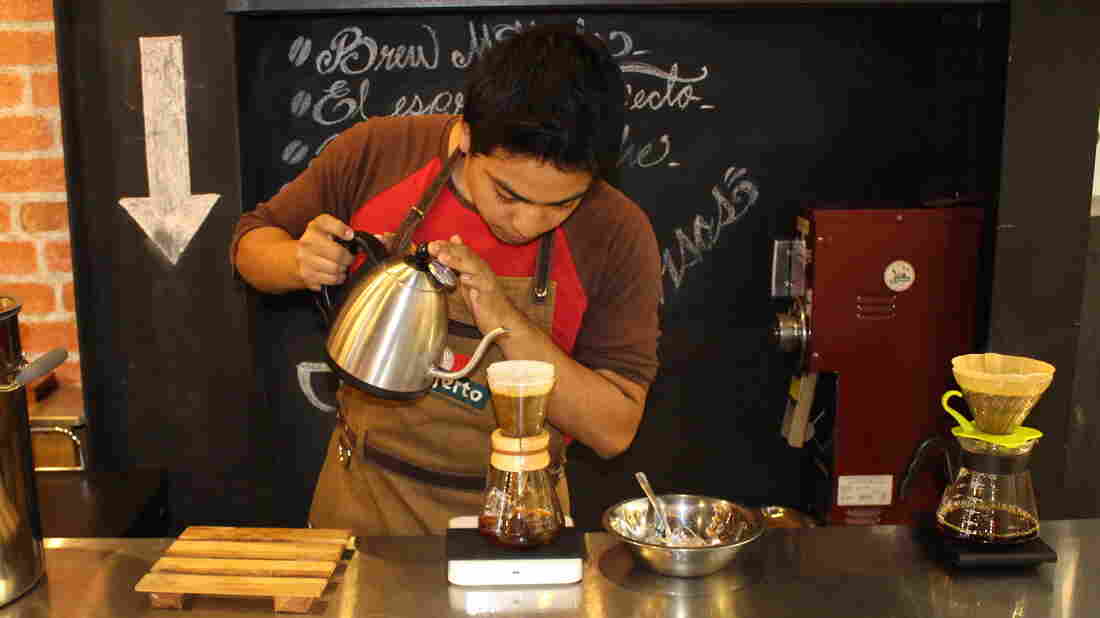 A barista at El Injerto coffee shop in Guatemala City pours water into a chemex. Guatemala has long been known for its coffee, but a culture of artisanal coffee has only recently taken root here. Anna-Catherine Brigida hide caption 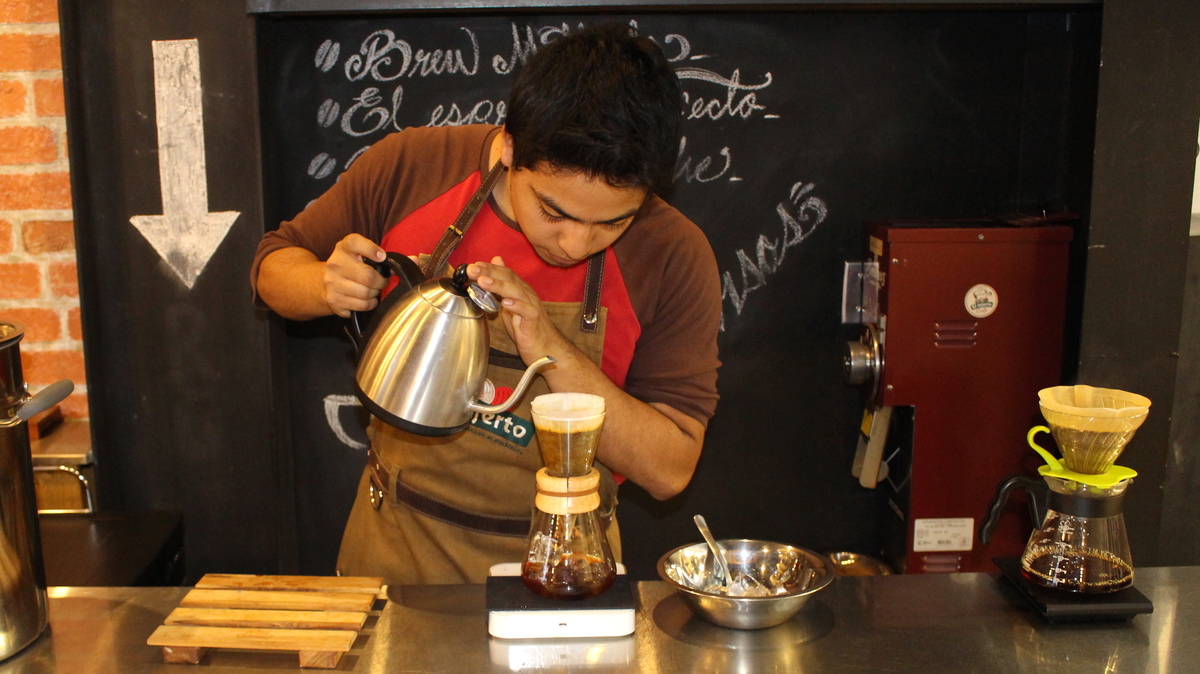 A barista at El Injerto coffee shop in Guatemala City pours water into a chemex. Guatemala has long been known for its coffee, but a culture of artisanal coffee has only recently taken root here.

The El Injerto coffee shop, with its silver stools, brick-and-chalkboard walls and The Weeknd's "I Feel It Coming" playing softly in the background, resembles many cafes in Brooklyn or Los Angeles. But it is in Guatemala City, where paying $5 for a cup of coffee has not always been so common.

Coffee has been one of Guatemala's most important export crops since at least the early 1800s. Only in the past few years have Guatemalans started to consume their own world-renowned product on a larger scale.

"The growth has been exponential in the last five to eight years," says Evelio Francisco Alvarado, general manager of Guatemala's National Coffee Association, known by its Spanish acronym, Anacafe. "This growth has stemmed from the increase in coffee shops not only in the capital, but also in other parts of the country."

Anacafe reports that 10 percent of the coffee produced in Guatemala now stays in the country. Just a decade ago, nearly 100 percent of Guatemalan coffee was exported to places such as the U.S., Europe and Japan.

The rise of independent coffee shops

That began to change in 2009, the same year that the Aguirre family opened El Injerto with a goal of allowing Guatemalans to enjoy their own nation's coffee. The family has owned a plantation of the same name since 1874, producing coffee in Huehuetenango, a province in the western highlands, more than 200 miles from the capital.

For more than a century, most of El Injerto's coffee left the country. Now, about 10 percent of the coffee produced on the plantation stays within the Central American nation, served at one of a handful of El Injerto coffee shops in the capital and surrounding area.

"Our idea is to continue leaving more coffee here in Guatemala, and export less," says Paulina Aguirre, manager of the El Injerto cafe. She works in the family business with her father, Arturo, and siblings Arturo Jr. and Maria Gabriela.

Rogelio Dávila opened the coffee shop in 2013 to help spread coffee culture among his fellow Guatemalans. After working as a barista in other coffee chains, he was also looking for more freedom to select his own coffee from different regions of Guatemala and to experiment with new preparation methods. Plus, he wanted to create a more personal atmosphere where he could share what he had learned about coffee with his customers. 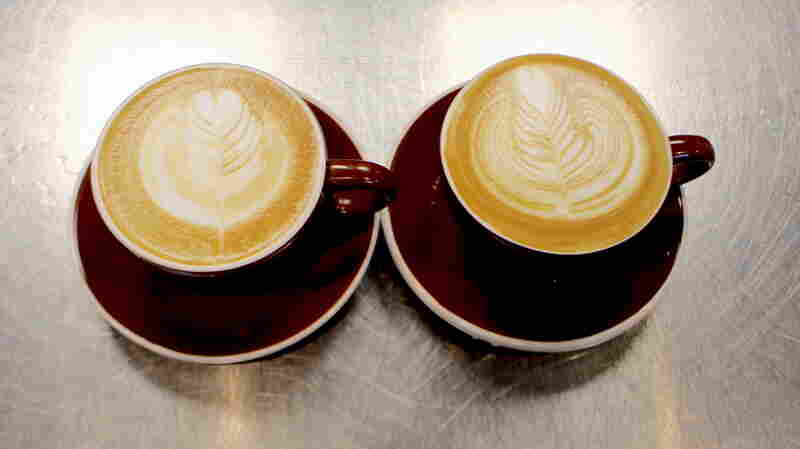 A cappuccino at the family-owned El Injerto coffee shop, which was opened with a goal of allowing Guatemalans to enjoy their own nation's coffee. Anna-Catherine Brigida hide caption 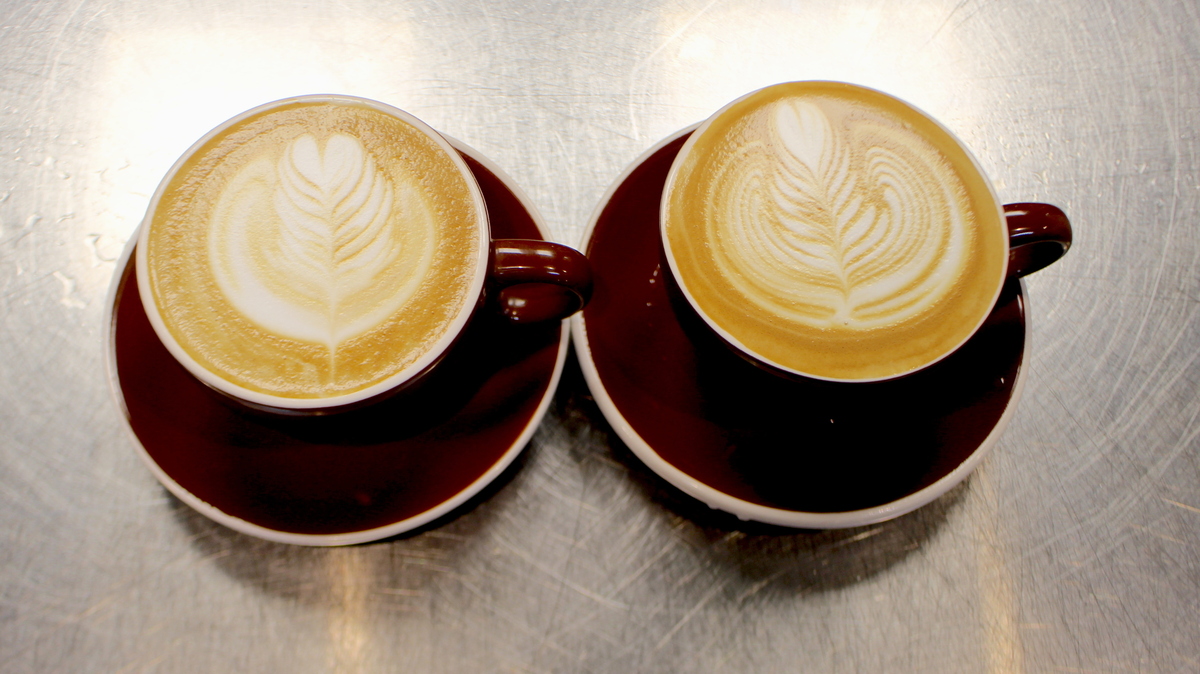 A cappuccino at the family-owned El Injerto coffee shop, which was opened with a goal of allowing Guatemalans to enjoy their own nation's coffee.

"I've always liked the idea of coffee," says Dávila, who only serves coffee bought in his own country. "I believe that the concept of coffee is not just trying a cup of coffee, but the whole atmosphere."

As one of the first artisanal coffee shops in the area, Rojo Cerezo's approach to coffee wasn't immediately accepted. Some customers complained that the coffee took too long to prepare. That has shifted as the coffee shop has grown in popularity.

"Before, I was like any Guatemalan: misinformed," says 21-year-old Rony Hernandez, a frequent customer at Rojo Cerezo. "You think that you know about coffee when you start to have a cappuccino, or when you know what an Americano is, but to really appreciate a good coffee, you need artisanal methods."

Hernandez started coming to Rojo Cerezo about a year ago, and has been converted into a lover of so-called "third-wave" methods, which go beyond brewing in a coffee pot or using an espresso machine.

Instead, artisanal coffee is prepared using a wider variety of methods, some which have existed for years but have just recently become widespread. A barista pours water into a dripper, which is a funnel atop a flat base, or a chemex, an hourglass-shaped container with an open top for the filter. Also popular in third-wave preparation is the vacuum coffee method, which uses a siphon pot. Heat is placed beneath the lower, glass ball-shaped section of the pot. As it heats up, the water is pushed into the top cylindrical portion. The heat is then removed and brewed coffee falls back down into the ball.

"Now I prefer to appreciate the tones of the coffee, and the artisanal methods, and what they've taught me about how the process works, whether it's the weight of the coffee, the type of grain, where it comes from, the amount of water, the temperature — all of these processes and details," he says.

There are now more than a dozen independent coffee shops in the Cuatro Grados Norte neighborhood, but the trend reaches beyond the capital city. They are now popping up all over the country.

In December 2016, Pedro Martínez opened Café Sol in the colonial city of Antigua after working for five years as a barista in the Guatemalan coffee chain &Café. He became interested in the third wave of coffee, using YouTube and blogs to learn these methods.

He credits the increasing amount of information shared online with the country's coffee boom, because it has made "coffee culture" more accessible for people like him who want to learn, but don't know anyone who can teach them.

"When we were little, I remember there was always a jar of instant coffee in the house, and we never worried about whether it was good quality. We just liked it," he says.

That is no longer the case in Guatemala, where baristas and coffee-shop owners like Martínez are spreading their knowledge. Guatemalans have always been proud of their coffee, but now they are finally able to understand why.

"Coffee is very symbolic for the country and its culture," Martínez says. "Guatemala has great coffee, so why don't we drink it ourselves?"

Anna-Cat Brigida is a freelance writer covering politics, immigration and culture in Mexico and Central America. More of her work can be found here. You can also follow her on Twitter at @AnnaCat_Brigida.