Accessibility links
Smithsonian Night Market Celebrates The Art Of Asian Cuisine : The Salt Food is central to culture, but museums often overlook it. So for their grand reopening, the Smithsonian's Asian art museums are giving center stage to cuisine from across Earth's largest continent.

Kevin Tien is executive chef and co-owner of Himitsu, a Japanese restaurant in Washington, D.C. He describes the influence his parents' sacrifices had on his own career path in this video produced as part of the reopening of the Smithsonian's Asian art museums, the Arthur M. Sackler Gallery and the Freer Gallery of Art.

If egg rolls and sushi immediately leap to mind when you think of "Asian food," Simone Jacobson would like to help you think outside the takeout box. As food curator of the Smithsonian Institution's IlluminAsia festival in Washington, D.C., featuring an Asian-style night market, she used geography as her guide to finding food that could represent the vastness of the culture.

Or, as Jacobson emphasizes, cultures. "It's really important that we broaden the definition [of Asia]," she says. "All these different regions show the great diversity in Asian food, so it's really 'cultures,' in plural."

In truth, Asia is the Earth's largest continent, extending from the Pacific Ocean to the Indian Ocean and from the Suez Peninsula to the Ural Mountains to the Black Sea. With 48 sovereign states, including Armenia, Bangladesh, Indonesia, Kyrgyzstan and Sri Lanka, plus six states not recognized by the United Nations, such as Northern Cyprus and Taiwan, the region is far more vast than many Americans might realize.

Omar Popal, co-owner of Lapis, an Afghan restaurant in Washington, D.C., shares a secret of Afghan hospitality. He also relates how he and his family change people's expectations using regional ingredients and recipes passed down for generations.

Even for Jacobson, whose mother is Burmese, there was a learning curve. "I'd never even heard of Uighur cuisine," she admits.

It just so happens that the Washington, D.C., suburbs include a community of Uighurs from Central Asia, and several restaurants have sprung up there in recent years. It's a cuisine known for its use of ingredients like mutton, dried fruits and root vegetables, all of which are typically found in Uighur polow, a classic rice pilaf dish incorporating lamb, carrots and onion with raisins, pomegranate and spices. It's one of many cuisines that will be highlighted at the IlluminAsia street food market on Oct. 14 and 15 on the National Mall, along with Pan-Asian bao buns, Tibetan momos and Sri Lankan rotis.

Following a nearly two-year renovation of the Smithsonian's Asian art museums — the Arthur M. Sackler Gallery and the Freer Gallery of Art — director Julian Raby wanted to highlight the culture of food in the grand reopening event.

Tibetan refugee Lobsang Dorjee Tsering is the chef and co-owner of Dorjee Momo, a Tibetan restaurant concept in Washington, D.C. In this video produced by Smithsonian, he discusses his journey.

"As a museum of Asian and American art, we felt compelled to shine a light on one particular art form central to both cultures that is often overlooked and rarely discussed in museums: cooking," says Raby. "We believe visitors will experience the connective power of food on a deeper level, which is inseparable from these cultures."

The Asian population in the United States boomed between 2000 and 2015, growing 72 percent to become the nation's fastest-growing ethnic and racial group, allowing its cuisine to become more widespread with migration: Himalayan dumplings in Dallas, Laotian sticky rice in Minneapolis, and Filipino pork belly with banana ketchup in Las Vegas.

For IlluminAsia curator Jacobson, who also runs a Burmese falooda dessert and noodle shop with her mother, food crosses language barriers and geographic boundaries, allowing immigrants to connect with their new American neighbors — and those they left behind.

Johnny Dubbaneh is co-founder of Z&Z, a Middle Eastern restaurant in D.C. He says, "Our culture is kind of founded in hospitality. It stemmed from our desire to preserve and share our culture and feel connected to the homeland, represent our identity, our origins and share that with the community. You can't really hate someone that feeds you."

"We're making this food out of a passion that connects us to our parents and grandparents," she says, "and to a culture that exists on the other side of the world. Food connects people, and that's why the museum recognized that this festival needed to be a multisensory experience. Visitors will get it all: the sights, the sounds, the smells and the tastes."

With that in mind, a local Washington spice store, Bazaar Spices, is hosting an immersive spice lounge at the event, which the store's co-owner, Ivan Fitzgerald, hopes will help tell the story of Asia's economy, folklore and healing traditions through a variety of distinct flavors.

"Guests of the festival will see, taste, touch, and smell five spices central to the history of Asia," says Fitzgerald. "Chinese ginger, Cambodian kampot peppercorns, Afghan saffron, Indian turmeric and licorice from Egypt." With the addition of cardamom, Fitzgerald notes that these six spices can be used to make almost anything across the catalogue of Asian cuisines, from curries to sweets to digestive tonics. And even though licorice is something many Americans would not think of typically as a spice, Fitzgerald considers it a critical component: "It used to be a key ingredient in everything from drinks to breads," he says, "and functionally was used as a toothbrush and thirst quencher." 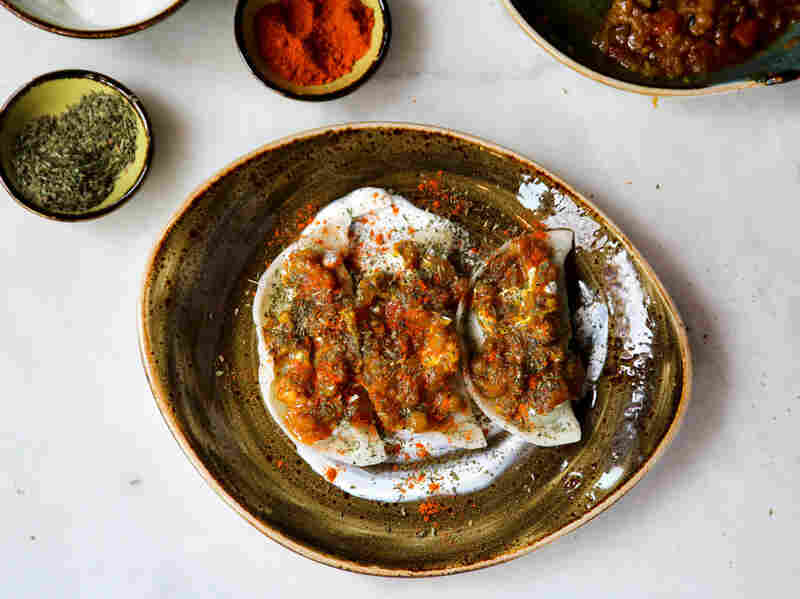 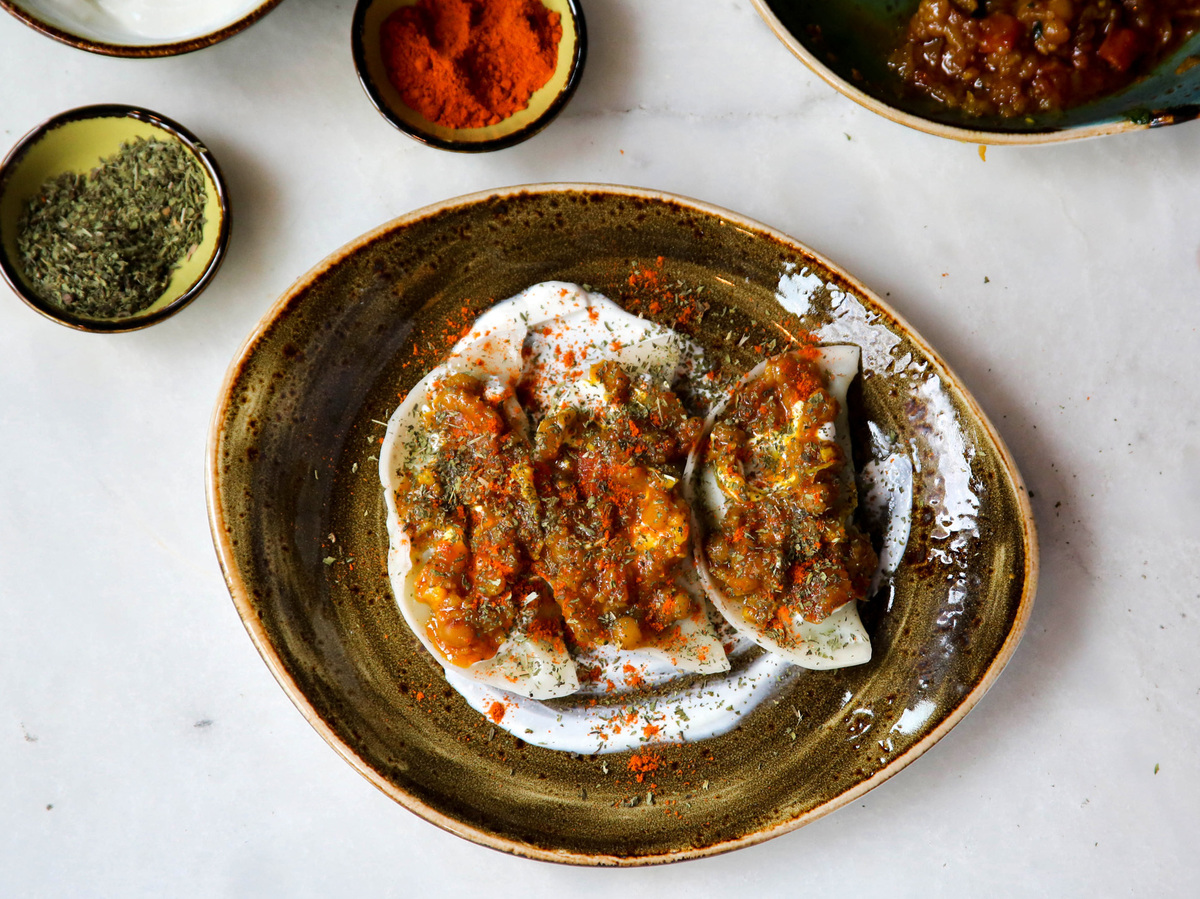 Afghan aushak (dumplings) from Lapis, a restaurant in Washington, D.C., run by the Popal family

Cookbook author Pat Tanumihardja, a native of Singapore who will be doing a cooking demonstration of tofu, spinach and fennel wontons, has seen a huge expansion in spices that have become available in the United States since she moved here two decades ago. She attributes the spice boom to increased interest as people are exposed to more types of Asian cuisine.

"People are demanding that chefs and restaurants be more 'authentic,' " says Tanumihardja. "Not necessarily in terms of being true to traditional dishes but being respectful and true to flavors. Take [stir-fried rice noodle dish] pad thai, for instance. Twenty years ago, the pad thai that I ate in restaurants contained tomato ketchup instead of tamarind. I haven't seen this in recent years."

For the chefs and food entrepreneurs participating in the event, it's also an opportunity to showcase how their cultures are represented through food, and to dispel misconceptions.

"People think that ethnic food has to be a dirty, cheap place," says Omar Popal, co-owner of Lapis, a Washington, D.C., Afghan restaurant whose food, such as sumac-spiced grilled steak and pan-seared flatbread stuffed with pumpkin, is based on the French techniques learned by his mother, Shamim Popal, the restaurant's chef and co-owner. He notes that customers are sometimes surprised that the food is more expensive than they are accustomed to, but he says the quality of the ingredients means more refined food.