Accessibility links
'The Chef And The Slow Cooker': An Old Technology That's Newly Relevant : The Salt Chef Hugh Acheson's new book contains more than 100 recipes for the workhorse kitchen tool of convenience. He says this old standby "really is a gateway to cooking from scratch again." 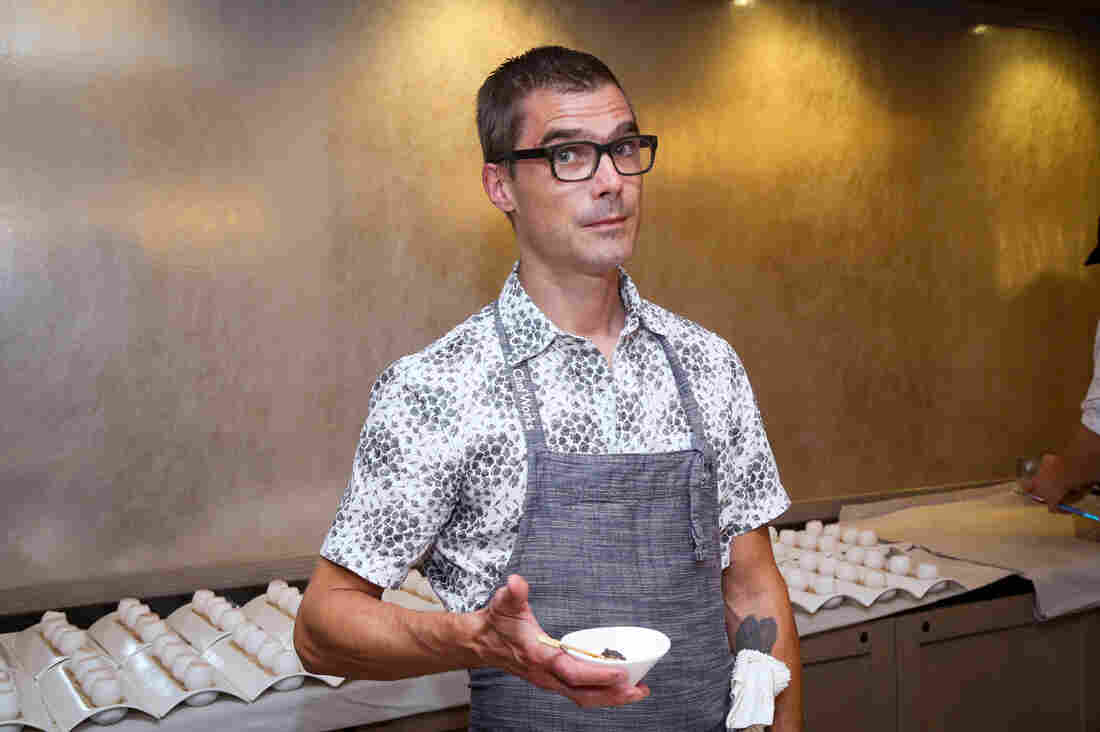 Chef Hugh Acheson has a new book on slow cooking that he hopes will help get people cooking from scratch again. Bennett Raglin/Getty Images for NYCWFF hide caption 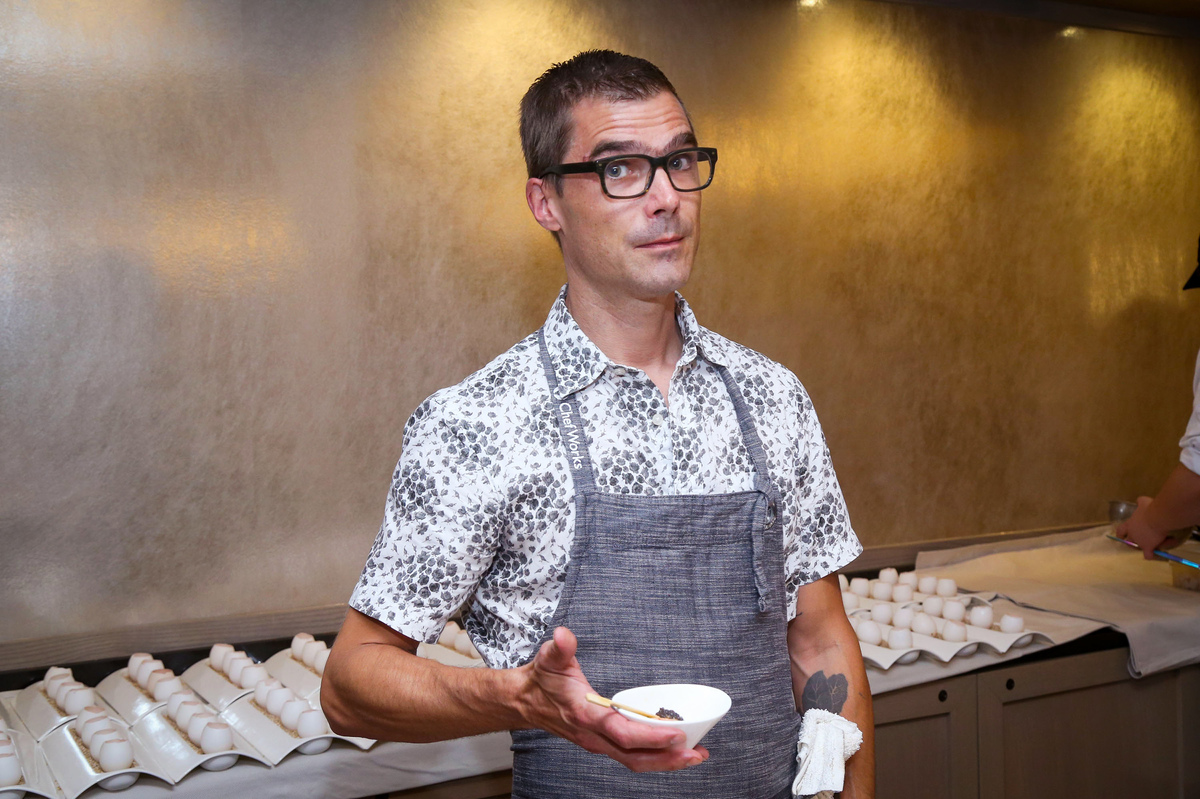 Chef Hugh Acheson has a new book on slow cooking that he hopes will help get people cooking from scratch again.

Hugh Acheson's new book, The Chef and The Slow Cooker, doesn't show much cooking. Instead it shows the Top Chef judge reading in a lawn chair, taking a hot bath or playing the cello (even though he admits he's "about as musically inclined as a rock.") It's about what you can cook while you do something else – even if that something else takes hours. 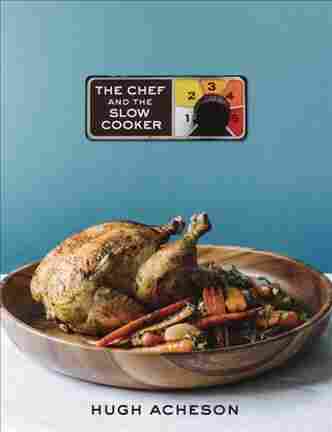 The Chef and the Slow Cooker

Title
The Chef and the Slow Cooker
Author
Hugh Acheson

That's because the acclaimed Canadian-born Southern chef is taking a good, hard look at that workhorse kitchen tool of convenience: the slow cooker. Acheson's book contains 100 new recipes that feature some old favorites like brisket and pork shoulder, but also some new things, like poaching eggs, making ramen broth, and even creating jams and preserves.

So is the slow cooker an old technology whose time has come?

It's been in your closet for years, gathering dust. Most people have one. They cooked a pot roast in it and put it away. But it is simple technology that really is a gateway to cooking from scratch again, which I think is the biggest hurdle that we have in households — getting people to cook from scratch, eating well and immersing themselves in good food.

What does a slow cooker do that a pot on a stove doesn't?

The pot on a stove is fine, but I want to keep the house intact and not burn it down. A slow cooker is just peace of mind. They're not very expensive, with usually just a low and a high setting, and a cover. And it acts as that braising pan, but in a safe and contained environment.

And it doesn't just make everything taste mushy?

No. You have more control. We've learned so much about food in the past 30 years, so much about technique and keeping things fresh. It doesn't have to be those slow-cooker meals of yore. That's what the book's really trying to do: contemporize and make sure it's fresh and that it's savoring all these aspects of local cuisine that we can put into this pot and have it be really something to relish.

And you have recipes that are flavored from all over the world in this book?

Yes, I think our palates have gone from a love of continental food to a love of the world now. Our palates really want to be wowed, and want to be pushed with spice and umami and different sensibilities. Even to the simplest pot roast you can add a really big flourish at the end of fermented chilis and chick peas – things that show off the flavors of the world.

Tell me about the recipe "chicken country captain."

"Chicken country captain" really shows off the true Southern lineage. Southern food was brought here in the pockets of slaves. It was brought here in crazy, painful ways. But the spice ports of Charleston and Savannah had a lot of influence. So really, it's an elaborate curry chicken that really shows off the diversity of what was bringing in spices and Madeiras and ports. It was essential port locations in the South, mixed with the influence of West African cuisine and West Indian food, and this is a timeless recipe that comes out of it.

So you have fig trees and you make jam in the slow cooker?

Athens, Georgia, is like the pre-eminent fig climate. I planted a small fig tree years ago, not really thinking much about it, and now it's a magical producer of a gazillion figs. So we have to figure out something to do with them. A slow cooker is great for jam. The worst thing you can do with a jam is spend an arduous amount of time cleaning fruit, getting it together, getting it into a pot and then torching and scorching the bottom of it because of an open flame and a little bit too-high heat. The slow cooker really mellows that out. 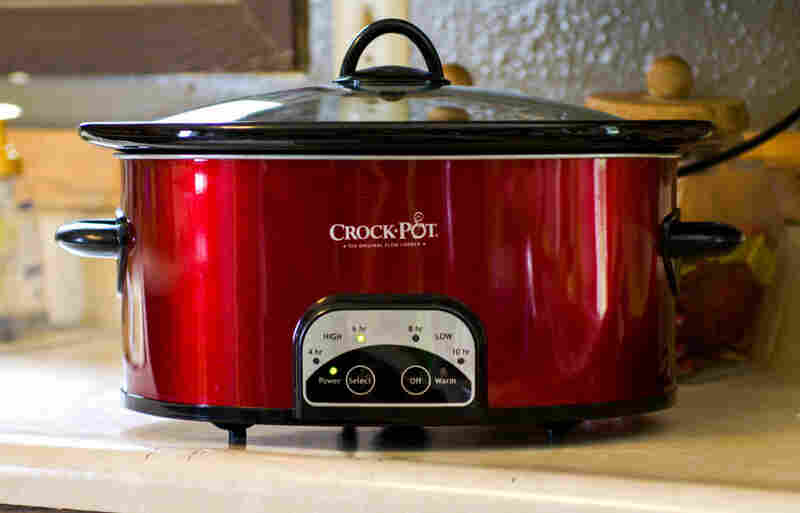 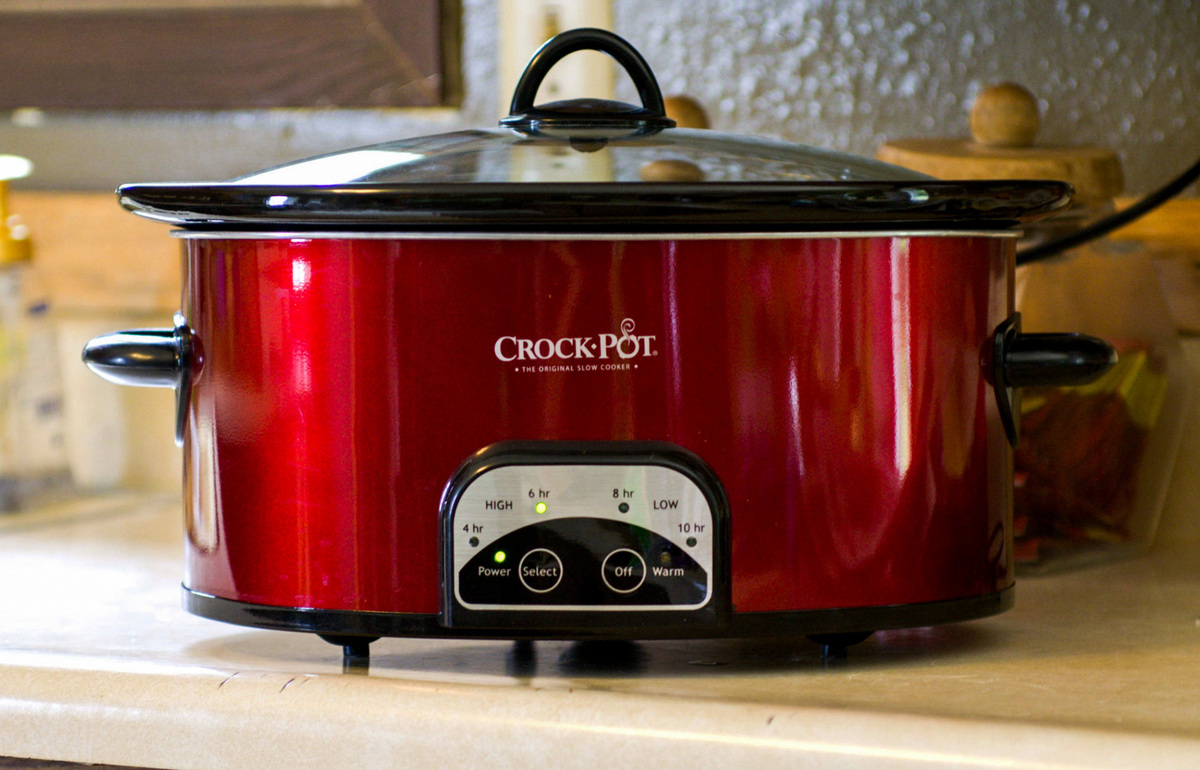 If you were going to buy a slow cooker, what should you look for?

I really prefer a simple one. The insert pan is really important, so I look for one that's pretty heavy and has really good heat distribution. An aluminum thin one is not going to do much. So you just want something relatively heavy. Often they're porcelain or enameled, and those work well.

What about all the free time you get with a slow cooker?

I want you to cook from scratch for the beauty of sitting at the table later on with something you've created, and sharing it with the ones you love. And I want you to realize, every day, that those are the best moments of your life. I don't think anyone will ever say, "Yeah, I had too many of those."