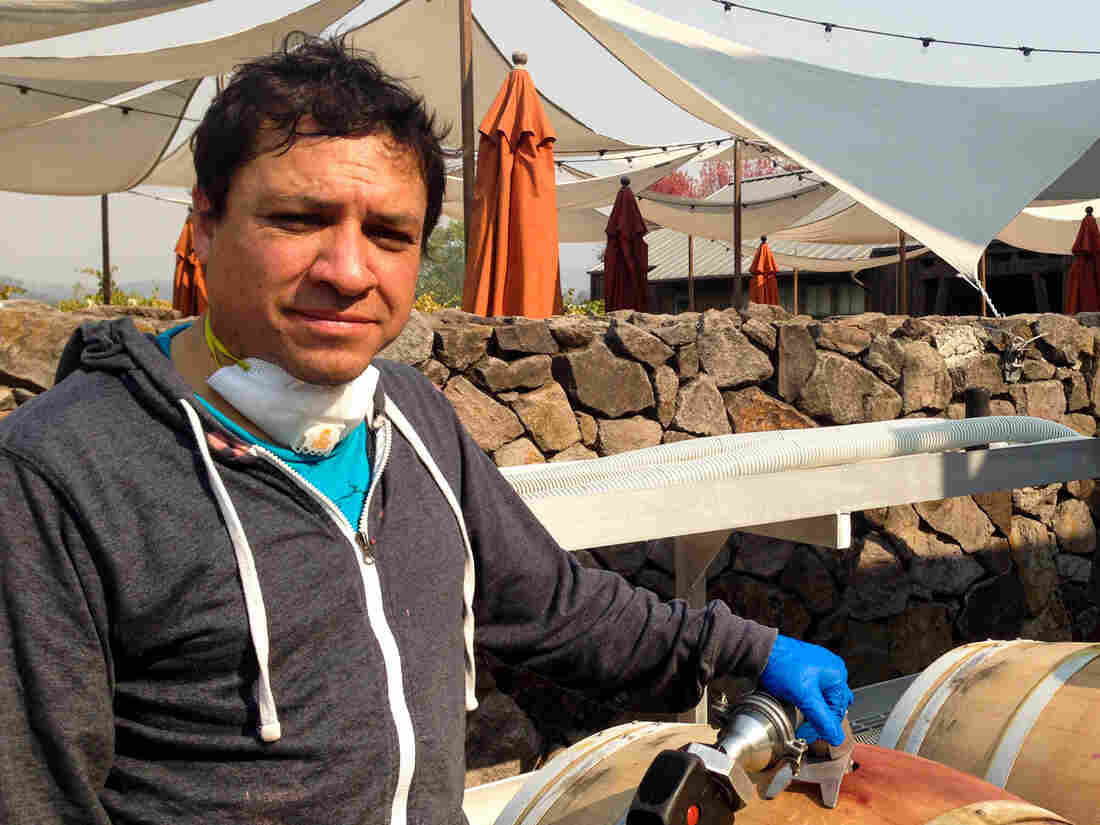 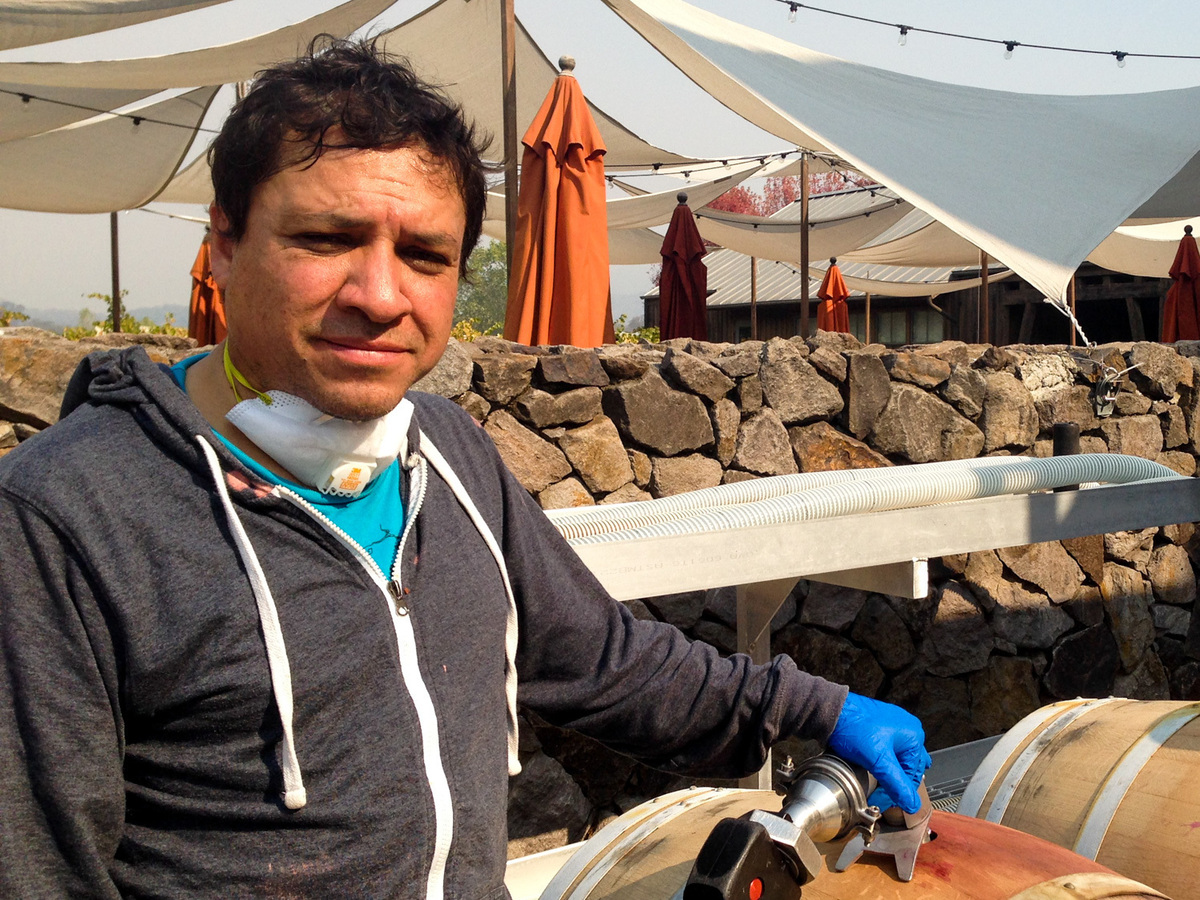 Luis Guerrero fills barrels with crushed grapes at Valley of the Moon winery in Sonoma, Calif., Oct 16, 2017. Guerrero says he's struggling to pay for rent after the wildfires forced the winery to close.

For more than a week, Marisol Paniagua has been living at an evacuation center. She had been scheduled to pick grapes at a vineyard near the city of Santa Rosa, Calif. But that work was canceled because of the wildfires ravaging Northern California.

"It's very difficult right now because we just have a little bit of gas left in our car. That's how we are still able to drive around," said Paniagua, 37. "But the fact is, we have nothing."

The wildfires in Northern California have already done more than $1 billion in damage according to the state's insurance commissioner. In Sonoma County, one of the hardest hit areas, about a third of the economy is related to agriculture, wine and tourism.

Now, seasonal workers in the region like Paniagua are facing the loss of jobs and income.

Paniagua, who's originally from Mexico, has lived in the Santa Rosa area for more than 20 years. All three of her children were born in the U.S. But now she wonders whether she'll be able to afford to stay in the area.

"Without money and without work, what are we going to do here?" says Paniagua.

In California, Latinos make up 71 percent of agricultural workers. The fires ravaging wine country are hitting this population hard. The lack of jobs and the destruction of affordable homes due to the fires could force people to move elsewhere. That's a concern for grape growers in the region.

"We cannot afford to lose our labor force. Nobody can whether it'd be in agriculture or anything else," says Chad Clark with Allied Grape Growers, a California wine-grape marketing cooperative that represents more than 100 wineries in areas affected by wildfires.

He says dozens of vineyard owners have sustained damage. He says that could displace seasonal agricultural workers. Still most vineyards are standing, and Clark says the priority there is to pick the grapes left on the vines as quickly as possible.

"That's proving to be very difficult, just because of all the road closures," Clark says. "And you know, what people have lost — they've lost their vehicles, their means of transportation."

Valley of the Moon is one of the oldest wineries in the region. It wasn't damaged, but many of its workers had to evacuate their homes. General Manager Dave MacDonald says grape growers are concerned about their workers and will try to help them.

The winery subcontracts crews of farmworkers, plus has about 25 workers in other areas. MacDonald said only 10 workers were around the day I was there — and only for half a day.

"I know that you know every company in this industry will do their best to help to absorb some of that workforce and help to find some work for others that need it," says MacDonald.

Valley of the Moon was closed last week, and it is only slowly beginning to return to normal operations. Some grape growers have said they'll pay their seasonal agricultural workers anyway.

Luis Guerrero has 25 years of experience in wineries. He is working near Valley of the Moon's cellar, using a big metal hose to fill wooden barrels with crushed grapes.

"I really needed to start working again," says Guerrero, who makes $16 per hour working in wine production. "The work that I lost last week, that was money that would have paid for my rent."

Typically, seasonal hires in the area don't get paid if they don't work.

"While the fires continue, there's a lot of uncertainty," said Guerrero. "Yesterday we came to work and they told us, 'No,' so we turned back."

Karissa Kruse, president of the Sonoma County Winegrowers, says some vineyard owners have said they will pay workers anyway for last week because the fires were an event completely out of the ordinary.

Farida Jhabvala Romero is a reporter with member station KQED in San Francisco.