Accessibility links
Fiber Is Healthy, But Adding Processed Fiber To Foods Does Not Make Them Healthy : The Salt Chicory root. Bamboo. Soy fiber: Manufacturers can use these to add fiber to foods. Critics say this makes snack foods seem healthy. FDA will decide if these can count as fiber on nutrition labels. 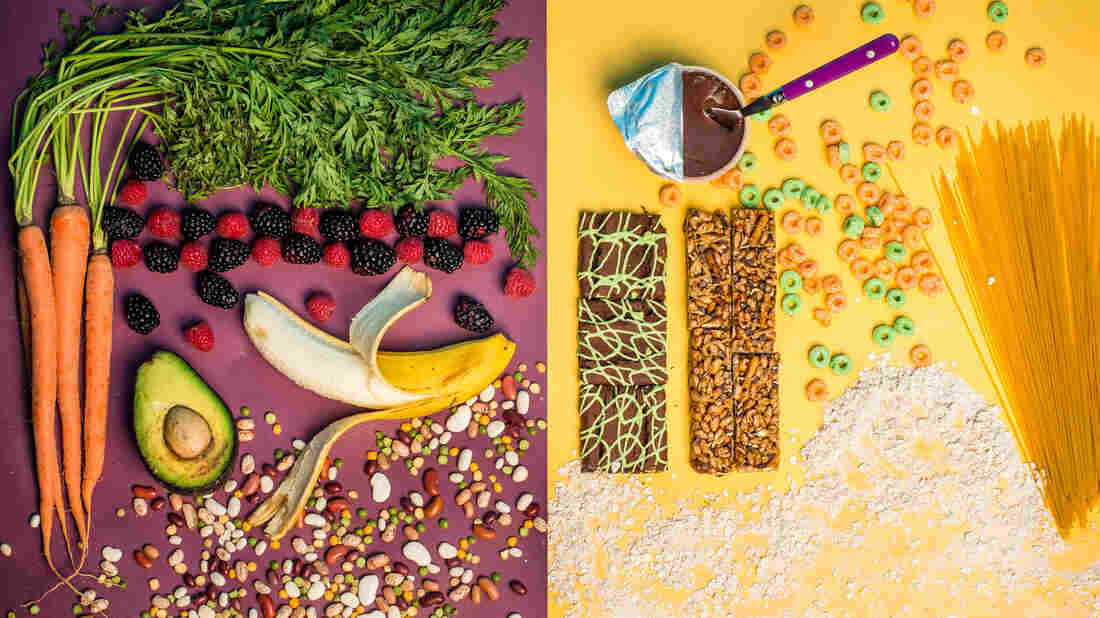 The foods on the left contain naturally occurring fibers that are intrinsic in plants. The foods on the right contain isolated fibers, such as chicory root, which are extracted and added to processed foods. The FDA will determine whether added fibers can count as dietary fiber on nutrition facts labels. Carolyn Rogers/NPR hide caption 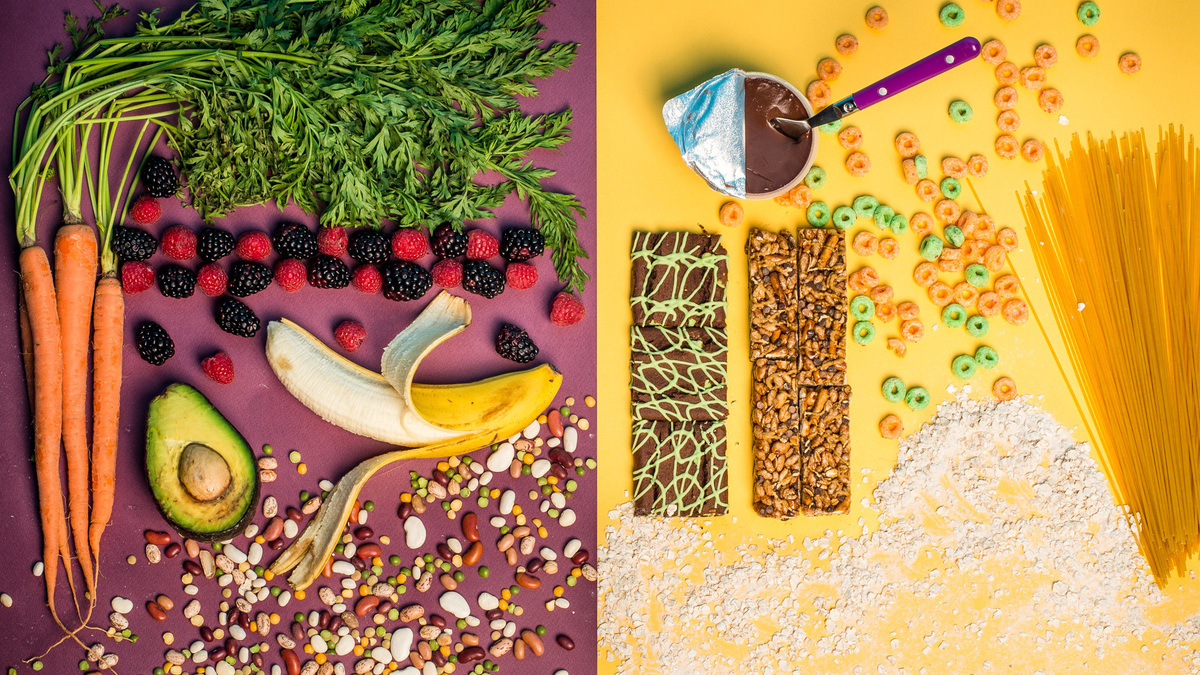 The foods on the left contain naturally occurring fibers that are intrinsic in plants. The foods on the right contain isolated fibers, such as chicory root, which are extracted and added to processed foods. The FDA will determine whether added fibers can count as dietary fiber on nutrition facts labels.

What counts as dietary fiber? That's up for debate.

The Food and Drug Administration is reviewing 26 ingredients that food manufacturers use to bulk up the fiber content of processed foods to determine if there's a health benefit.

If you're a nutrition-label reader, the list includes some familiar-ish sounding ingredients — such as inulin, which is often sourced from chicory root.

Other ingredients on the "do-these-count-as-fiber?" list include gum acacia, bamboo fiber, retrograded corn starch, and — get ready for a tongue-twister — xylooligosaccharides. Some of these fibers are extracted from plant sources, while others are synthetic.

Some critics argue that the FDA should not allow these added fibers to count as fiber on nutrition facts labels.

"The food industry has hijacked the advice to eat more fiber by putting isolated, highly processed fiber into what are essentially junk foods," says Bonnie Liebman of the consumer group Center for Science in the Public Interest.

A bunch of packaged foods contain added fiber. Some examples include Fiber One bar products, some cereal and instant oatmeal products, as well as some pastas and English muffins.

Liebman says most people know that an apple is a healthier choice than a high-fiber brownie, but when they see high fiber counts on the label, "it may just be enough to convince them to go with the brownie."

Liebman argues a much better way to get the recommended 25 to 38 grams of daily fiber is to eat more foods that are naturally rich in fiber such as fruits, vegetables, beans and whole grains.

High-fiber diets may help protect against a range of diseases, from Type 2 diabetes and heart disease to certain types of cancer.

The FDA lists a range of health benefits linked to dietary fiber. For instance, fiber can help lower blood glucose and cholesterol levels, as well as blood pressure. Fiber can also aid laxation and bowel function, and it can promote a feeling of fullness, which may lead people to eat less.

The FDA is in the process of determining whether isolated and synthetic fibers provide a beneficial physiological effect to human health. The agency says that going forward, there must be at least one demonstrated benefit. "Only fibers that meet the definition can be declared as a dietary fiber on the Nutrition Facts label," according to this Q&A about the review process. The agency is reviewing the science.

The food industry has weighed in, pointing to the demonstrated benefits of some of these added fibers. "I think the main benefit is that they contribute to regularity and laxation," says Robert Burns, vice president of health and nutrition policy at the Grocery Manufacturers Association. Burns says most people don't consume enough fiber, so "if you can supplement [with] snack bars that people are eating, it [can] go a long way to meeting dietary recommendations."

Critics say an optimal diet is one that includes lots of whole foods such as fruits, vegetables, nuts, beans and whole grains. These foods are not only naturally rich in fiber, they also contain other beneficial compounds such as vitamins, minerals and anti-inflammatory compounds.

"Highly processed snack bars typically contain combinations of processed starch and added sugar. They're low in vitamins and minerals," says Dr. David Ludwig of the Harvard School of Public Health. "Just adding isolated fiber back in [to these processed foods] does not cover up for those nutritional deficiencies."