Accessibility links
Bats And Tequila: A Once Boo-tiful Relationship Cursed By Growing Demands : The Salt As the tequila industry surges, the early harvesting and cloning of agave are disrupting the ecosystem of some species — leading some groups to go to bat for the hardworking nighttime pollinators. 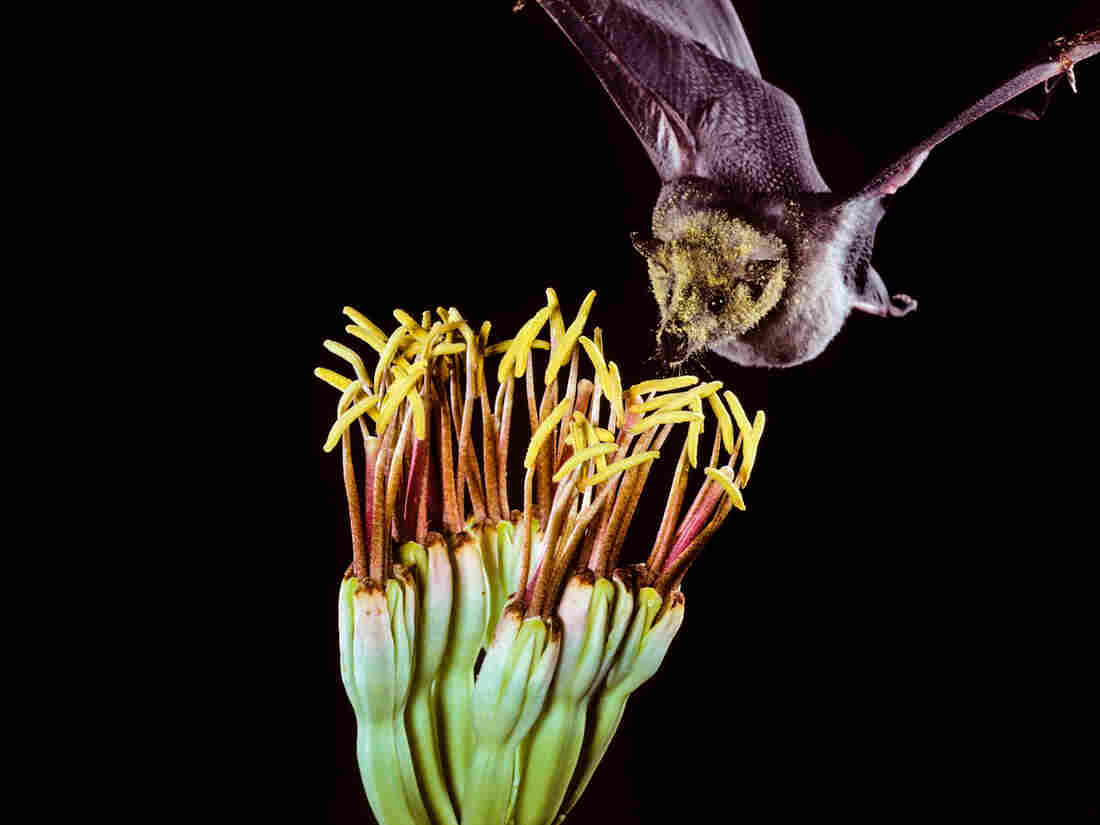 The Mexican long-tongued bat is one of the species that pollinates agave, but its ecosystem is being disrupted by large-scale, cheaper methods of making tequila. Merlin Tuttle/Merlin Tuttle's Bat Conservation hide caption 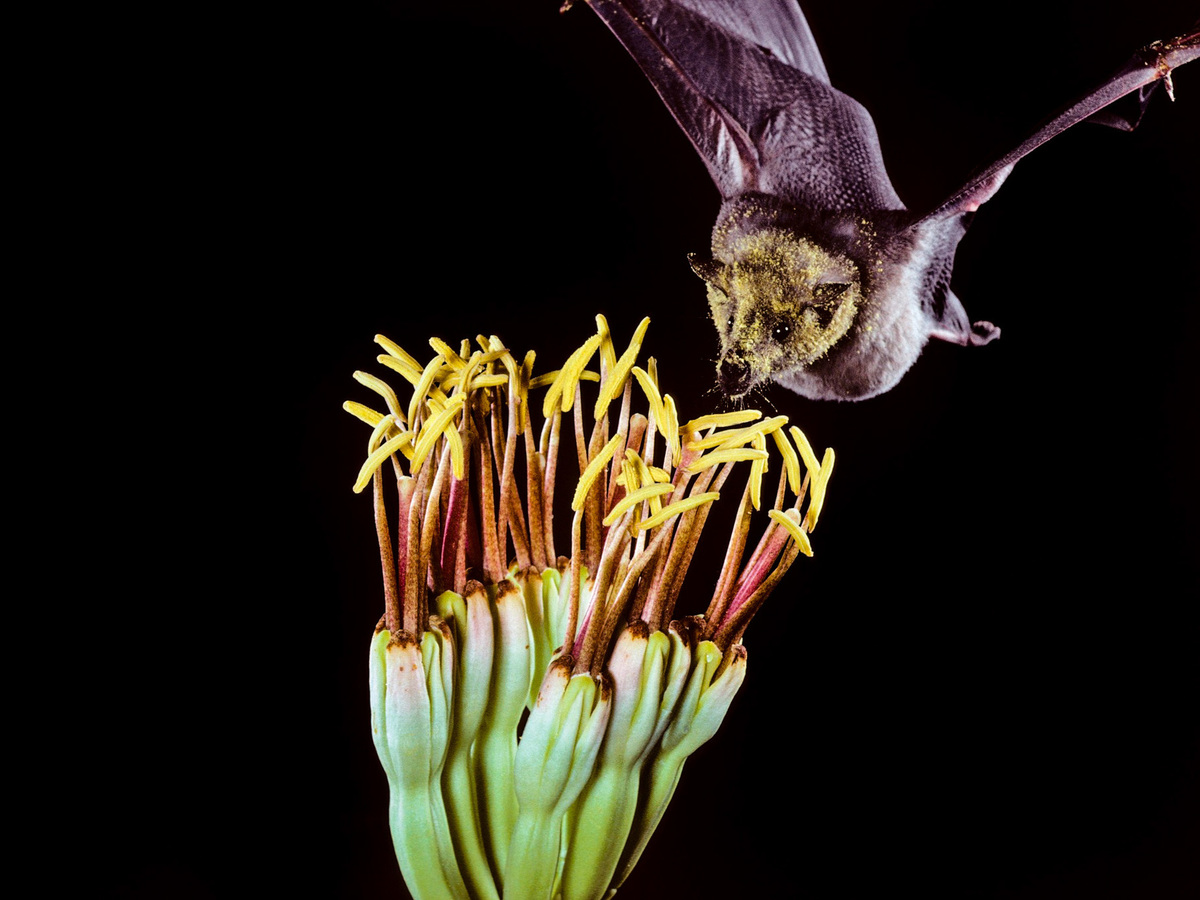 The Mexican long-tongued bat is one of the species that pollinates agave, but its ecosystem is being disrupted by large-scale, cheaper methods of making tequila.

At a Halloween happy hour recently in Washington, D.C., a small crowd gathered to celebrate the relationship between bats and spirits.

Not spooky spirits. Instead, think tequila and mescal.

"We're here at a bar tonight to talk about [bats], because they are intimately tied to agave," announced Mike Daulton, the executive director of Bat Conservation International, a nonprofit devoted to the well-being of bats.

You can't have tequila without agave, the spiky desert plant used as its base. And it's hard to have agave without bats — because a few species of these winged creatures are the plant's primary pollinators. Agave co-evolved with bats over thousands of years. As a result, it's one of the very few plants that pollinates at night. Daulton says industrial agave farming adversely affects both plants and bats.

"The tequila industry has seen a 60 percent growth over the past 10 years," he says. "At the super-premium level, where you're spending $30 a bottle or more, it's more like 400 percent growth. And that means you have to grow a lot of agave."

The problem, adds Micaela Jemison, also of Bat Conservation International, is that commercial production involves cutting agave stalks before they reproduce. That means no tasty pollen for hungry bats. And instead of plants that reproduce through bats spreading pollen from stem to stem, major tequila companies use cloned agave.

"They are not naturally pollinated," Jemison says.

Growing genetically identical plants is easy and cheap for big companies, but cloned agave is vulnerable to fungus or disease that could wipe out entire crops. Bats can solve this problem by creating genetic diversity. Instead, their ecosystem has been disrupted. Fewer agave plants are allowed to flower and growers use powerful agrochemicals that can hurt the three kind of bats that feed on agave.

"[They] use their long tongues to actually dig into the flower and get out that really awesome nectar for them to eat," she says. "So they literally get their heads covered in this pollen. And as they're going from agave plant to agave plant, they're pollinating them at the same time."

This happy hour is the perfect place to overhear enthusiastic cocktail chatter about bats. Bats have belly buttons. They're the second largest group of mammals in the world. The tube-lipped nectar bat has the longest tongue of any animal relative to its size in the world.

Restaurateur Joaquin Meza says as a boy growing up in Mexico, he was afraid of bats. "You know, I saw a bat and I wanted to run away," he says. "Now I understand the work they do. Like bees."

Meza is part of the Tequila Interchange Project, a coalition of bartenders, scientists, industry consultants and plain old tequila lovers who want to make producing it more sustainable. As part of its mission, the group promotes bat-friendly brands of tequila and mescal that allow a portion of agave plants in their farms to flower — and feed the flying creatures who come trick-or-treating for their pollen after dark.