Accessibility links
'Fasting And Feasting': The Remarkable Life of Patience Gray : The Salt A British food writer, Gray advocated slow food and foraging long before the rest of the food world. Her work had outsized influence on chefs from Alice Waters on. A new biography tells her story. 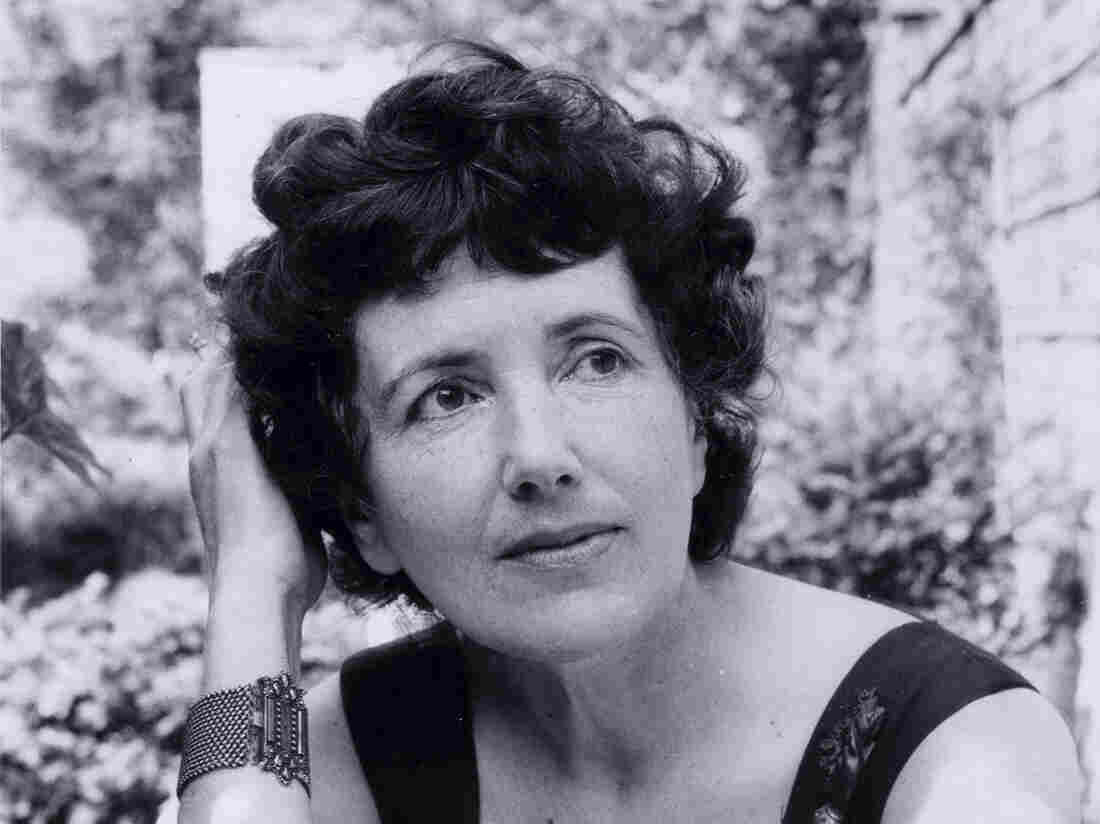 A portrait of Patience Gray taken in 1959 by a colleague at the Observer. A British food writer, Gray advocated slow food and foraging long before the rest of the food world. Her work had outsized influence on chefs from Alice Waters on. A new biography tells her story. Photo by David Sim hide caption 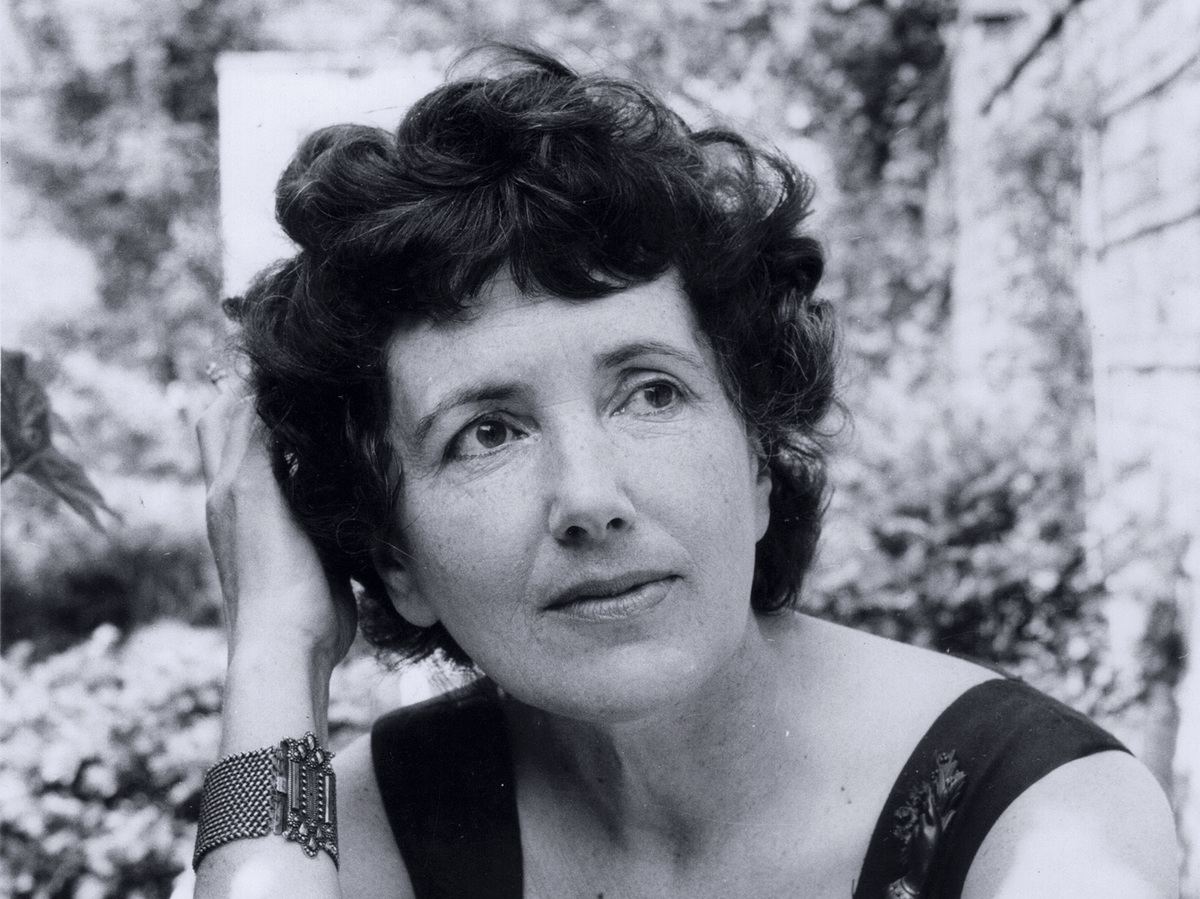 A portrait of Patience Gray taken in 1959 by a colleague at the Observer. A British food writer, Gray advocated slow food and foraging long before the rest of the food world. Her work had outsized influence on chefs from Alice Waters on. A new biography tells her story. 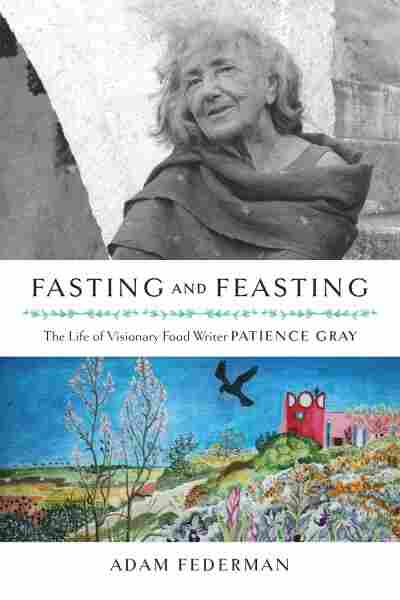 In 2005, writer Adam Federman came across an obituary that recounted the remarkable life of a British food writer named Patience Gray, 87, whose works exerted an outsized influence on chefs ranging from April Bloomfield to Alice Waters. The piece extolled Gray's most famous book, Honey from a Weed: Fasting and Feasting in Tuscany, Catalonia, The Cyclades and Apulia (1986), as "one of the best books that will ever be written about food." Yet Federman, a former line cook, bread baker and pastry chef, was completely unfamiliar with both Gray and her masterwork.

The obituary, which appeared in the food journal The Art of Eating, would influence the course of Federman's life for the next 10 years, leading to his own biography of Gray, Fasting and Feasting: The Life of Visionary Food Writer Patience Gray, released this fall.

Since today marks the 100th anniversary of Gray's birth, it seems fitting to pay tribute to the writer and the renewed interest in her that Federman's engrossing biography has stirred. Several of those in Gray's circle have noted that her Halloween birthday is eerily apt: Possessed of an encyclopedic knowledge of plants and herbs, deeply interested in astrology, mysticism and folklore, Gray — especially later in her life — was described as "witchlike," "a sorceress," and "the high priestess of cooking."

Those qualities developed over time, though. As a single mother in post-war England, Gray worked as the first "woman's editor" at the Observer, befriended an eccentric group of émigré artists, horticulturalists, designers, writers, and bon vivants, and in 1957 co-wrote a bestselling cookbook. To some this would have seemed the pinnacle of urban success, but Gray wanted more: to be a creator herself, not someone who merely chronicled them.

She happily traded her London life for what she called a "peasant" existence in sojourns on the Greek island of Naxos and in Carrara, Italy, finally settling in the remote easternmost tip of Italy, living without electricity, modern plumbing or a telephone. There, for over 30 years — accompanied by her equally iconoclastic sculptor and poet partner, Norman Mommens — she crafted jewelry, foraged for edible weeds, mushrooms and herbs, and worked on Honey from a Weed.

Federman devoured the book (his parents, it turned out, had a copy on their bookshelf), which details Gray's culinary adventures in Greece, Spain and Italy. Though it was an "intensely personal and autobiographical" account, he says, he still knew virtually nothing about "who she was or where she came from." 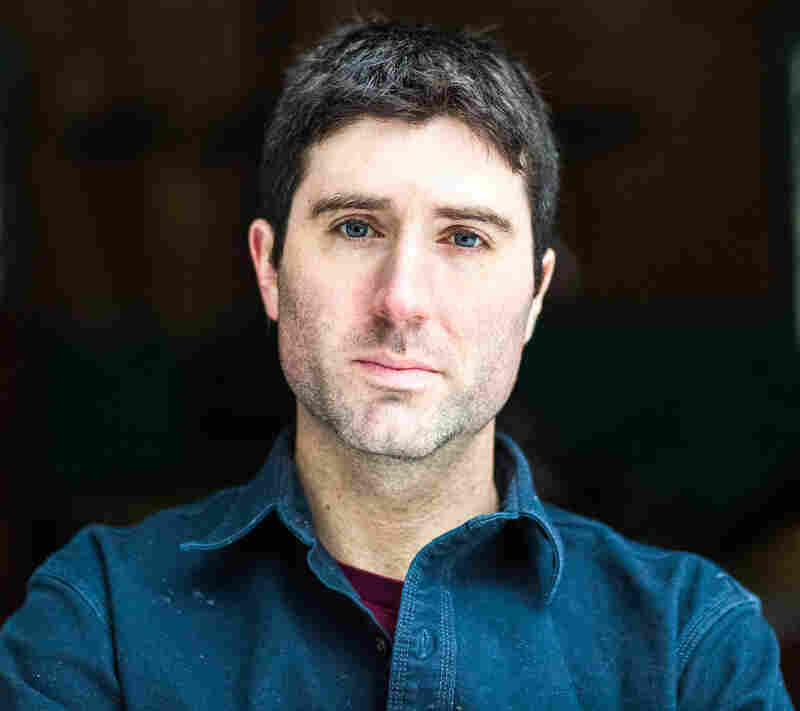 Adam Federman spent the better part of a decade working on his biography of Gray. Courtesy of Andrew Federman hide caption

In part, Gray's caginess was due to her lifelong aversion to mentioning the father of her two children, a chronically unreliable Communist and self-proclaimed artist named Thomas Gray, whom she never married.

Federman tracked down Gray's son Nicolas, who was living at her former home in Spigolizzi, Puglia, in the heel of Italy's boot. Gray's letters and ephemera were in a state of "horrendous chaos," Nicolas noted. On his first visit there in 2006, instead of being put off by the daunting trove, Federman dug in, over the years helping Nicolas and his sister Miranda archive Gray's papers as he researched his biography.

What emerges from his book is a portrait of a strong-willed, intellectually curious and intelligent woman who chafed under the restrictions of both bourgeois urban life and parenthood. She could be both competitive and cutting to those she viewed as rivals, yet also a fiercely loyal friend to many and a tireless correspondent, practicing a form of epistolary art that combined drawings and multi-colored typewritten sentences and expressed her love of graphic design.

For those interested in food writing and food history, Fasting And Feasting includes some delectable sketches of the food world notables of Gray's day. British food writer Elizabeth David was her contemporary, and happened to be the anonymous reader of Gray's first cookbook. Titled Plats du Jour (co-written with Primrose Boyd), it was directed at the busy but culinarily curious housewife in post-war England. David praised the book, but found it "pretentious" in its used of literary quotations and objected to a chapter on wild mushrooms, wondering who would bother to go out and look for them in the wild as Gray did.

Much later, in the early 1980s, the food writer Alan Davidson (The Oxford Companion to Food) saw the genius in Gray's manuscript for Honey from a Weed. He worked closely with her to ready it for publication by his small house, Prospect Books. A former British diplomat with a scholar's interest in food and an obsession with scientific accuracy, Davidson took scant pleasure in actually cooking or eating food, which put him at odds with Gray and Mommens, for whom the pleasures of the table were paramount. After his visit to Spigolizzi, Gray, writes Federman, "likened herself to a peasant who'd come up against a 'data processing mentality.' "

Following the publication of Honey from a Weed, culinary world notables Harold McGee, Nancy Harmon Jenkins and a steady stream of food journalists beat a path to the remote door of Gray and Mommens to commune and dine with them. Yet over time, Gray faded from the public eye — in part, says Federman, because she didn't capitalize on her fame and "publish in the mainstream literary world." Instead, "she went off and did her own thing, publishing her own memoir and other (less commercially successful) books, but doing things on her own terms."

"Doing her own thing" meant pursuing interests that presaged today's slow food movement: foraging, growing and eating her own food, preserving the ancient peasant foodways of cucina povera. The latter was in danger of disappearing, she feared, along with an entire way of life. Gray and Mommens also objected to the rampant use of pesticides in their region, the growth of genetically modified crops and the threatened (though ultimately unrealized) construction of a nuclear power plant nearby.

Fasting and Feasting, the title of Federman's biography, was the original working title for Honey from a Weed, and expresses values fundamental to Gray's life. In the countries around the Mediterranean where she had foraged and cooked, feasting was all the more pleasurable because of the months of privation that came before. "Liberality and frugality" was the way Gray's good friend Irving Davis, an antiquarian book dealer and passionate cook, expressed it. To Gray, who abhorred the excesses of consumer society, these dualities were "the master-key to the art of cooking" — another lesson that, in today's food-waste conscious era, seems especially relevant.