Accessibility links
Is Wisconsin Still 'America's Dairyland' Or Does It Need A New Slogan? : The Salt Wisconsin has always been proud of its dairy industry, even branding itself "America's Dairyland." But some say the state's agricultural image is outdated, and want a more progressive slogan. 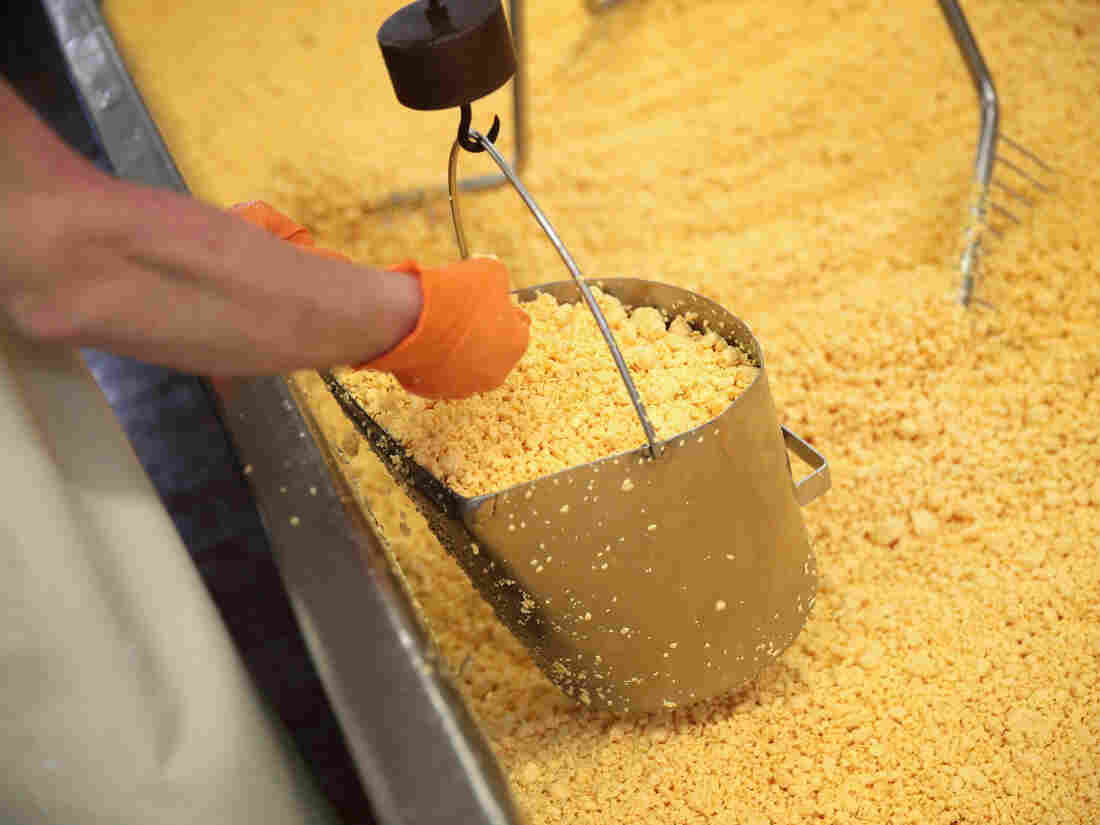 Though California has surpassed Wisconsin as the nation's largest producer of milk, Wisconsin still produces the most cheese. Scott Olson/Getty Images hide caption 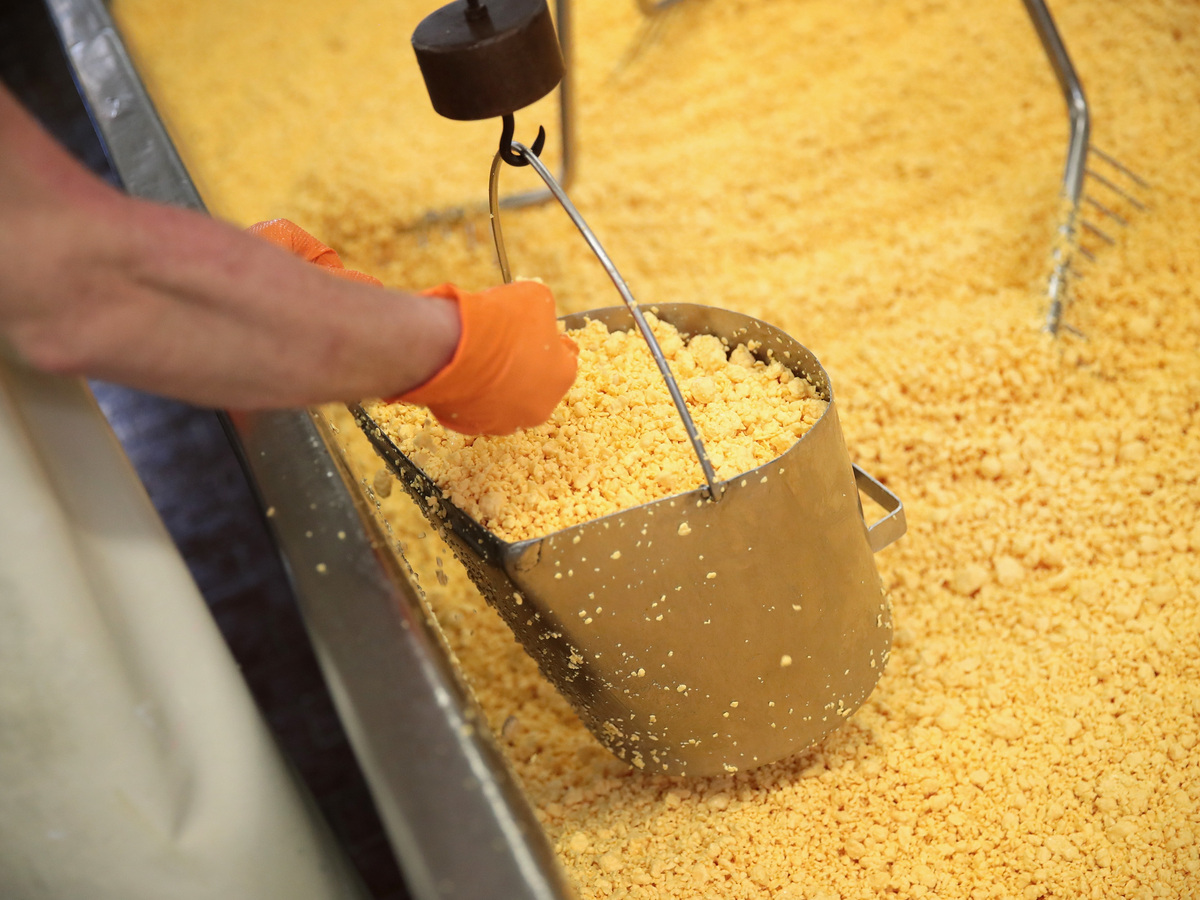 Though California has surpassed Wisconsin as the nation's largest producer of milk, Wisconsin still produces the most cheese.

Almost every state has its own license plate slogan. It's usually an attempt to promote the state's top attraction. Florida is the sunshine state, Arizona is the Grand Canyon state and Alaska is last frontier. Wisconsin is "America's Dairyland" — for now. Some people in Wisconsin are ready for that to change.

The slogan has been on Wisconsin license plates for more than 75 years, evoking images of red barns and peaceful fields full of black and white dairy cows. That perfectly describes Nordic Creamery, a small dairy farm in southwestern Wisconsin near La Crosse.

In the creamery's production room, owner Al Bekkum takes the time to hand-roll butter into 12 ounce logs and wrap them each in white paper.

The butter Bekkum is rolling is going to North Carolina. He says people across the country seek out Wisconsin-made dairy products.

"Everybody knows where the good cheese comes from," Bekkum says.

But not everyone is as fond of the state's cheese-filled reputation. Kurt Bauer. leader of the advocacy group Wisconsin Manufacturers & Commerce, says it no longer fits the state's image.

"I think it's time that we consider removing 'America's Dairyland' from our license plate in favor of something more contemporary," Bauer says. " 'Forward,' for example, can know its resolve, indomitability and progress — it's our state motto, has been since statehood 170 years ago."

Chasing A Dream Built On Dairy, This Master Of Milk Came Home

But can Wisconsin really step away from its association with dairy? That would be like asking Idaho to disassociate with potatoes.

Bauer made that comment at a recent event for Wisconsin business leaders, which was recorded by nonprofit cable network WisconsinEye and created an uproar in the state — so much so that he declined to be interviewed for this story.

That backlash shouldn't be all that surprising from people who self-identify as "cheeseheads."

"It'd be a crisis, wouldn't it? An identity crisis?" says Lisa Torkelson, who has worked in the Wisconsin cheese industry for more than 30 years, most recently in sales and marketing for Old Country Cheese in nearby Cashton. She says the average Wisconsinite still feels connected to the dairy community.

While residents may be proud of their state's dairy heritage, Wisconsin no longer produces the most milk — since the 1990s, that's been California. Wisconsin still makes the most cheese, though.

If the state wants to grow tourism and other industries, marketing consultant Steve Cone says it has to pivot.

Cone thinks it will take a lot more than a new slogan on a license plate to revamp Wisconsin's national identity.

"It's still going to be known as 'America's Dairyland,' and they can't take that away from us," Bekkum says.

He's confident that customers across the country will still buy butter and cheese, regardless of what's on his license plate.