Accessibility links
What Makes Wagyu Beef Smell So Good? Science Explains : The Salt The Japanese beef is considered a luxury, with plenty of fat and its super-soft texture. New evidence could explain what's behind its sweet smell. 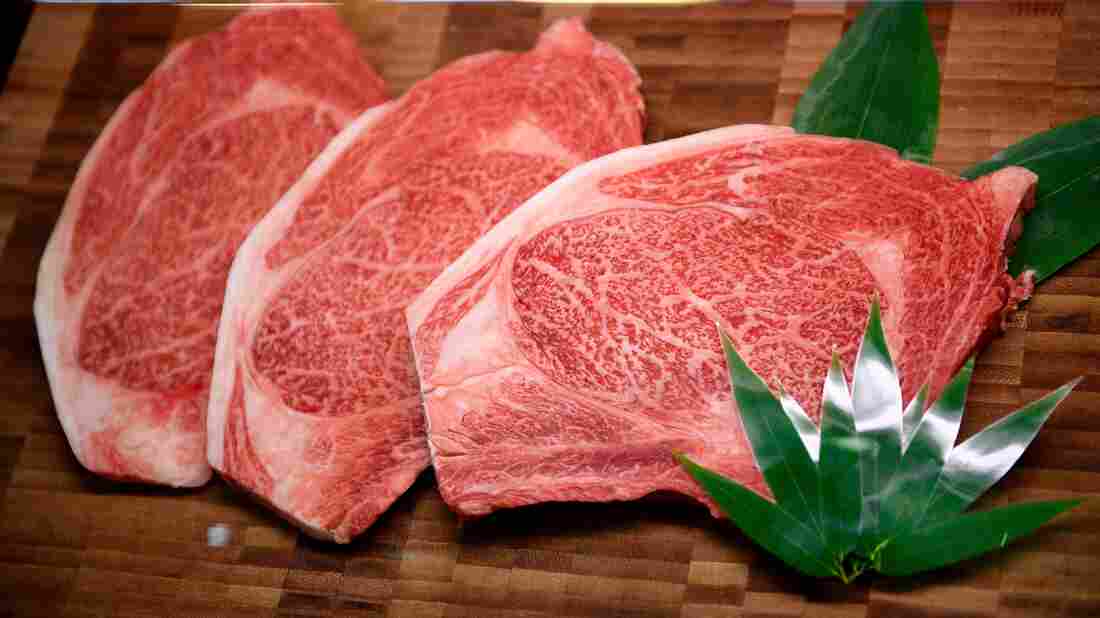 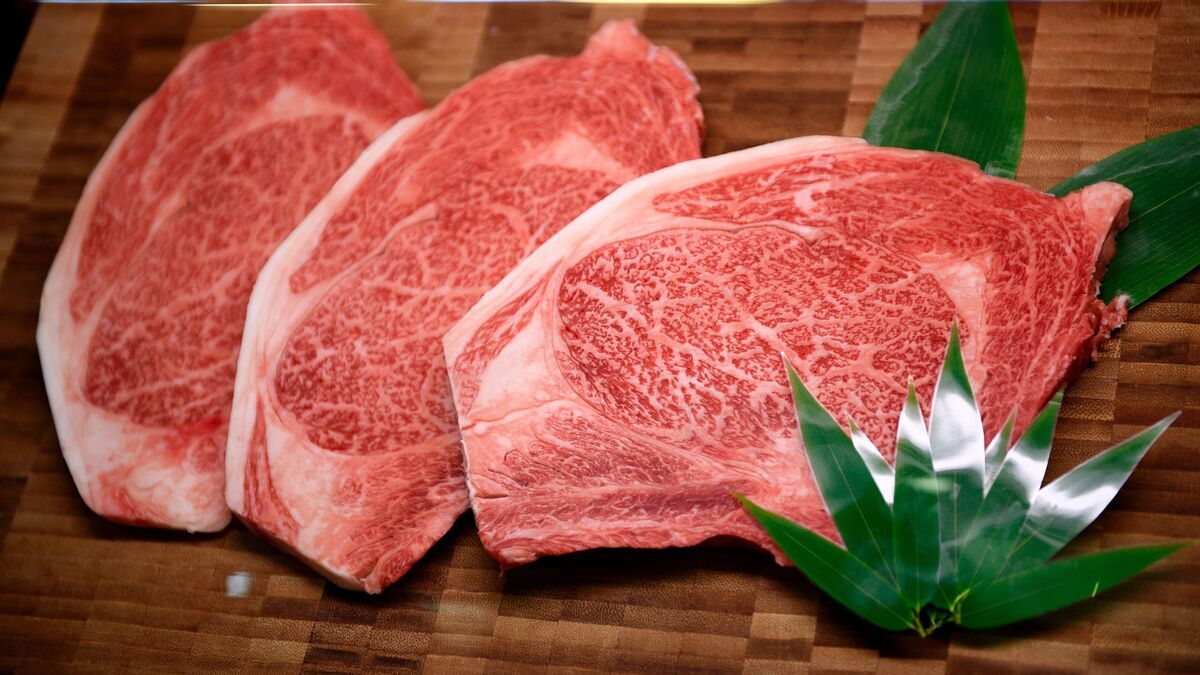 For about $150 per pound, dedicated carnivores and food connoisseurs alike can get their forks on a luxury: Wagyu beef. Its trademark marbled flesh and soft texture have launched the meat into caviar-like status. And because its fat has a melting point lower than the average human body temperature, it melts in your mouth. The vast majority of the beef comes from Japanese Black cattle.

Part of its allure is the smell — a unique sweet, coconut-like aroma. New research from the Journal of Agricultural and Food Chemistry pinpoints 16 compounds that give it this distinct smell, 10 of which are newly associated with the meat. The strongest element: compounds derived from fatty acid.

Satsuki Inagaki, the lead author, says that while the smell of the beef is important, scientists weren't sure what was behind it. The paper points out that a previous study identified one compound that that played a large role in the beef's smell, but that there was a potential flaw in the study: the meat wasn't cooked to an optimal temperature.

In the recent research, conducted through Ogawa & Company, Ltd., the researchers analyzed several beef samples — along with Wagyu they looked at grass-fed Australian beef and U.S. beef as comparisons.

Alone, these compounds are not necessarily special. Inagaki says that some are also found in foods like tea, beer, citrus fruits, fennel and peanuts. The paper explains that one compound is associated with egg whites, and another with cooked chicken. What sets Wagyu beef apart from other foods, Inagaki explains, is the balance of these compounds.

The largest contributor to the Wagyu smell is a compound derived from fatty acid. There's some logic to this — there's a lot of fat in Wagyu beef. Looking at the flesh, or a photo of it at least, you can see flecks of fat in the meat. Stephen Smith, Texas A&M professor of meat science says, "To me, it's a sea of white with a few flecks of red." Smith explains that the cattle are bred and raised to have 30 to 40 percent fat in the muscle. He says that typical U.S. beef won't even come close to that.

Iowa State University professor of animal science Joseph Sebranek explains, "It's a genetic trait of these particular breeds of cattle to lay down more fat and give a different fatty acid composition."

Smith adds that it's also partially dietary — the animals are typically fed corn and are kept alive longer than other types of cattle. High quality U.S. beef is from animals likely fed for 16 to 18 months, he says, while Wagyu beef is fed for at least 30 months.

If you're trying to sink your teeth into this beef in the U.S., good luck. Wagyu, Smith says, means "Japanese style cattle," and hails from four Japanese breeds. There is "American Wagyu" from exported Japanese cattle, but it's difficult to say just how purely Wagyu it is.

You also might see it referred to as "Kobe beef" in the U.S., which is actually a specific type of Wagyu beef produced only in a particular area of Japan. It's unlikely you'll find it in the U.S. — there are only about 3,000 cattle each year that are certifiable Kobe beef, and until 2012, it wasn't shipped outside of Japan.

Why do you see restaurants advertising Kobe burgers then? Forbes.com writer Larry Olmstead wrote a popular series on Kobe beef. He explained on All Things Considered that under U.S. law, there aren't any specific rules as to what qualifies as Kobe beef, "so we can call pretty much anything we want Kobe."

To catch a whiff of this aromatic beef and a taste of its fatty acid, your best bet is probably to go to Japan.