Accessibility links
Book Of 'New Rules' Flows With Tippling Tips To Demystify Wine : The Salt Wine writer Jon Bonné says that the traditional ways of thinking about wine no longer fit today's diversity of flavors and cultural influences — and that drinking it should be mainly about pleasure. 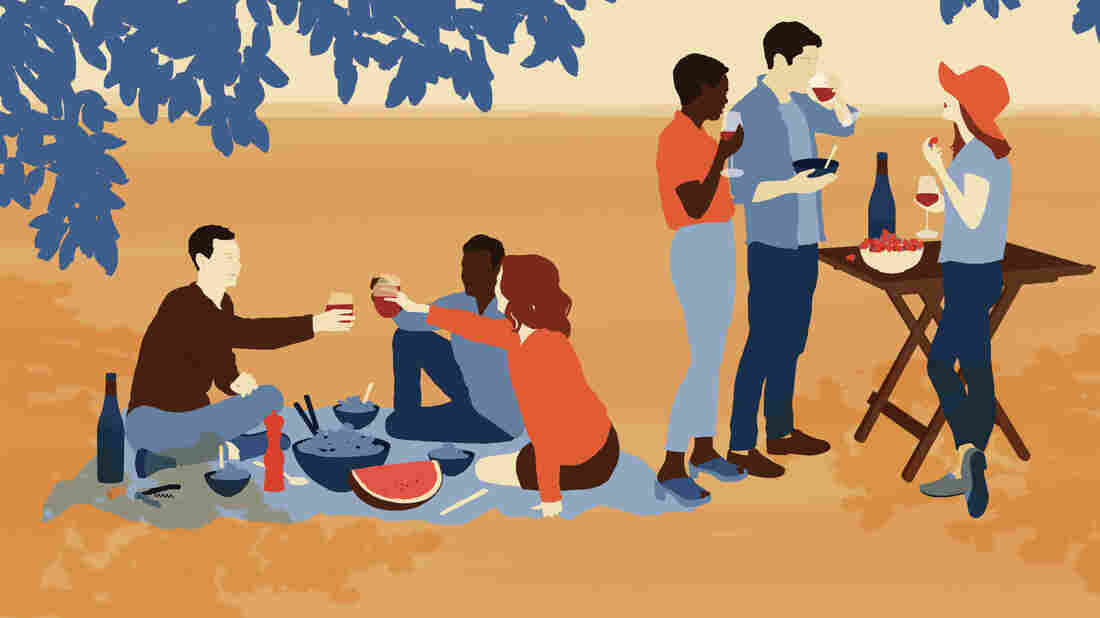 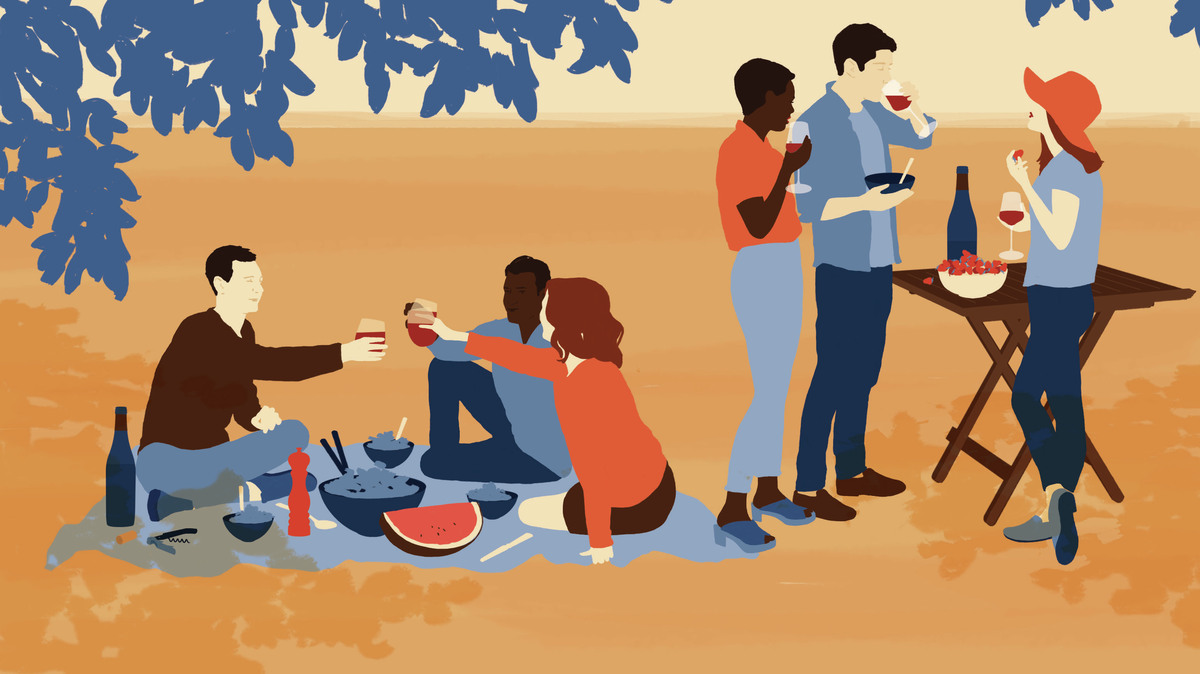 Just in time to worry about all the guests who will descend upon your house for the holidays — or perhaps all the wine you'll want to drink to avoid them — a new book aims to help you soothe your stress while still enjoying wine to the fullest.

Wine writer Jon Bonné's latest, The New Rules of Wine, navigates a complicated wine world by offering tips to ease any trepidation or confusion, and in some cases, even remind you that there are no rules.

Most introductory wine books, Bonné says, cover the basics in a way that "If you knew anything about wine, you felt like someone was wine-splaining you. You're not trying to become an expert necessarily, you're just trying to figure out how to like wine enough so you can enjoy it in your life."

Bonné gives 89 tips on everything from how to save money (Rule 11: You only need five essential tools for your wine life), talk to a sommelier (Rule 75: Ordering wine is a conversation, not a test) and teaches you how not to ruin wine (Rule 54: Throw away your kitchen wine rack, or Rule 56: Cars are wine killers.)

He tries to dispel popular myths (Rule 17: Stop worrying about sulfites) and assure you that your obsessions are perfectly fine (Rule 47: You can drink rosé any time of the year.) The pocket-size book nicely organizes other good-to-know topics, such as understanding wine faults, how wine is produced and what kind of glasses to use.

But if wine has been around since the early civilizations, why do we need new rules now? Or have thousands of winemakers, wine critics and sommeliers just failed to communicate effectively?

Bonné, who is the former wine editor and critic for the San Francisco Chronicle, author of The New California Wine, and the forthcoming book, The New French Wine (detect a theme here?), says that with a new generation of wine drinkers and an increasingly diverse dinner menu, much of what we've learned about wine in the past no longer applies. (Even the role of wine experts is changing, says Bonné.)

So I asked him about about his new rules, why he feels there is a need for this book, and where we are as wine drinkers in the United States.

Wine is still, and I think wrongly viewed, as a very snobby, elitist pursuit, when in fact that's not really how most people drink wine and it's not that fancy of a thing. There's this false divide that people have between the fancy wine that's made in an artisan way, and the supermarket table wine that nobody really pays a lot of attention to. But there's this huge middle that's actually where most people live their wine lives.

But because everyone's so used to talking about wine as an elitist thing, it's hard to just throw that away and say, "You know what? This is you enjoying an agriculture product that brings you pleasure, and is a nice aesthetic choice you can make in your life." And I think a younger generation of drinkers in America pretty much has this down. They don't see it as snobby or elitist, but their parents did, and so it's getting rid of that rhetoric.

On how to talk about wine 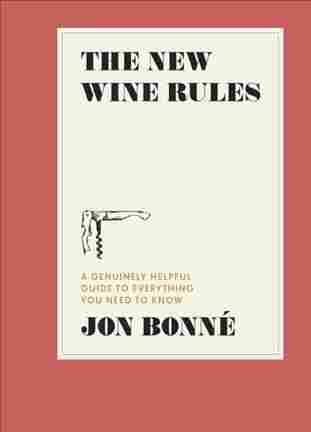 A Genuinely Helpful Guide to Everything You Need to Know

There are so many words. You see really educated wine people using jargon and deliberate lowbrow language because it's their way of popularizing wine. I've reached a point where it doesn't feel comfortable to me. A lot of wine talk is just complete garbage, and frankly, if you're not going to be a super wine expert, you don't need to know a ton of terms. You don't need to throw the fruit salad out there when you're trying to describe a wine. Just talk in ways that are comfortable.

On why you don't need all those wine gadgets

People are so inclined to spend money on these bad wine racks, on garbage corkscrews, aeration systems and novelty decanters, most of which do absolutely nothing. Because people tend to be fearful of wine, and feel like they're in over their heads, they don't think through the process of buying stuff that is, for the most part, totally useless and in some cases even going to be damaging to the wine.

On why wine pairing "rules" can be disproven

I think born maybe out of the late 1970s and 80s, [there's] this idea that you had to provide a pairing for people, because wine went with food and you had to harmonize and find this mysterious beauty — and that's great. I think that happens sometimes, but I also think most people go about their lives and drink the wine they want to drink, and eat the food they want to eat, and don't freak out about it. In general, things will work relatively well, and there are a lot of pairings that wouldn't fall into the traditional category, with things like Thai food, that have more to do with texture, spice and acidity and less to do with traditional pairings.

Those traditional pairings were really born out of Western European food traditions, and it's just not how we eat anymore. In this country, as in most countries, there's a real diversity of flavors and cultural influences. To simply think about wine as though you're a French person isn't going to work anymore, because the forms of cooking are different, the spice is different, the balance in the dishes is different. And that's why we put things [in the book] like Beaujolais and falafel, and one of my favorites, which is Loire Cabernet Franc and Szechuan cooking ... which would have no particular reference in traditional wine-pairing literature. 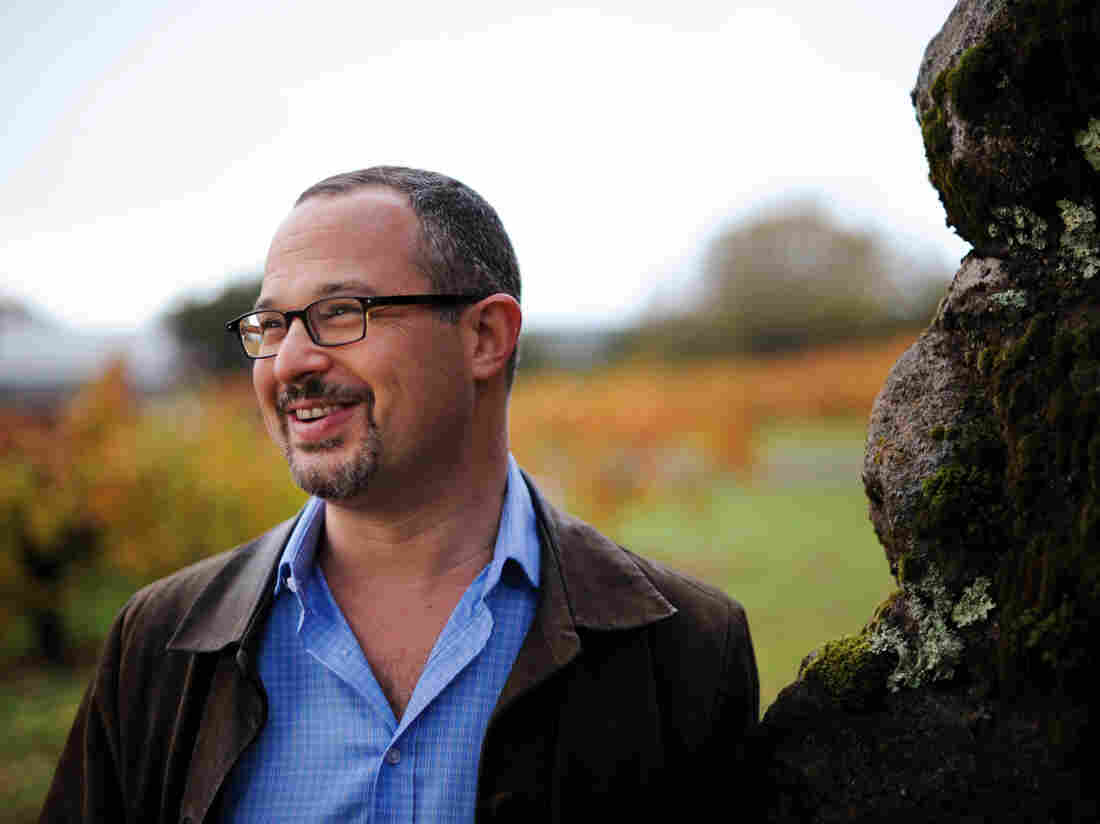 Author Jon Bonné says that while wine can be confusing, "Nothing fits easily into the old small categories, so just embrace the chaos." Erik Castro hide caption 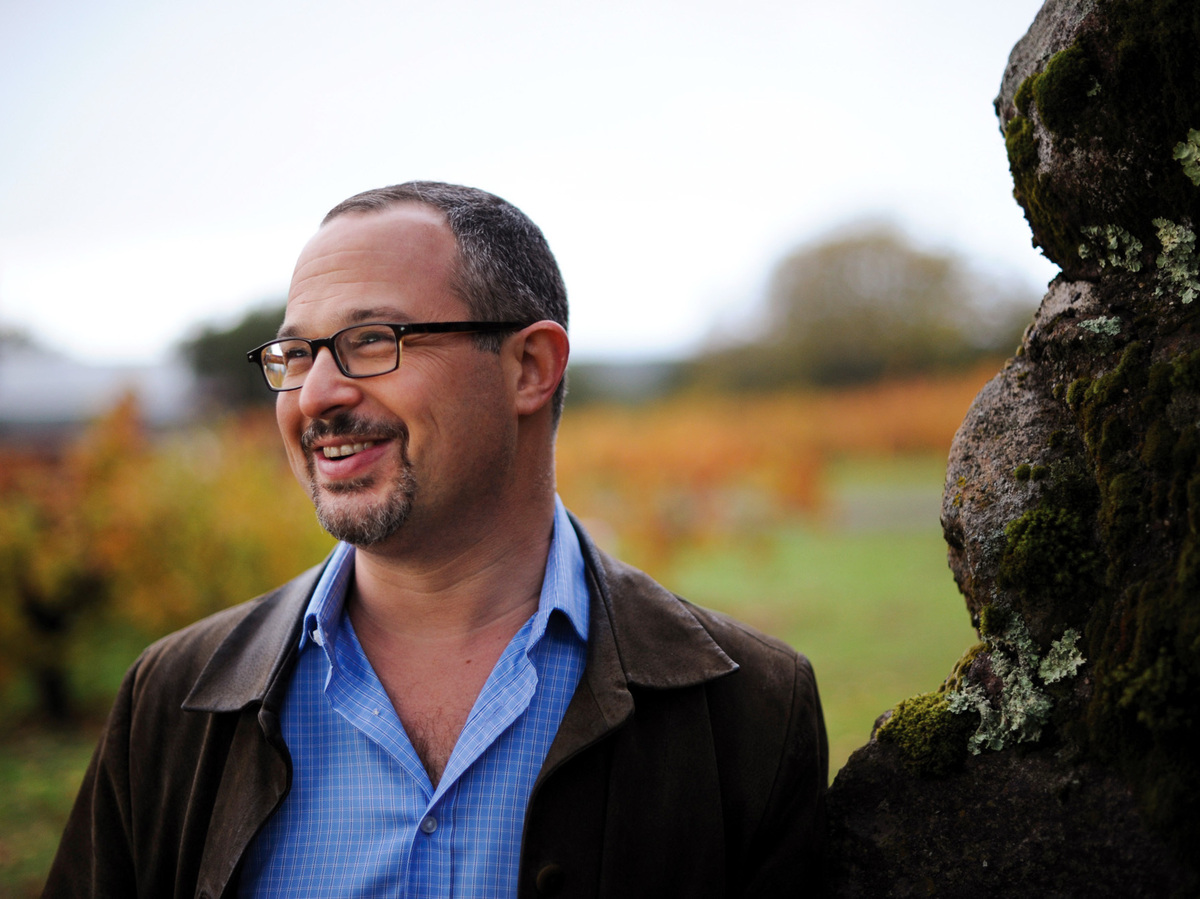 Author Jon Bonné says that while wine can be confusing, "Nothing fits easily into the old small categories, so just embrace the chaos."

Even if you are a wine expert, it still needs to be something that boils down, very simply, to pleasure. In the end, people have to, with clear eyes, see the pleasure that's in wine even with all the many things that complicate it. We have to make sure that people don't see it with fear, because I think fear is what got us into this very messy, somewhat overly simplistic place that wine was in 10 or 15 years ago, and I think that's not part of wine's future. There's this huge, diverse wine world out there, and these little boxes that people used to put things into just don't work. The big rule is to stop thinking about the boxes, stop worrying about taxonomy, and just accept that it's kind of confusing. On this spectrum, nothing fits easily into the old small categories, so just embrace the chaos.

On the one rule he wants his readers to remember

If I can achieve nothing else, if I can get everyone to throw out their horrible winged corkscrews and just buy a cheap waiter's friend, then I feel like I will have made my lifetime contribution to the world of wine. And we will have alleviated untold thousands of hours of frustration across the country just by having people not trying to put these ridiculous badly engineered contraptions onto wine bottles and perform feats of physics that should never have to be.

Read an excerpt of The New Wine Rules