Accessibility links
Kachka: The Word That Saved A Family During WWII And Inspired A Chef : The Salt It took until adulthood for Bonnie Morales, the daughter of immigrant Russian Jews, to appreciate the food of her childhood. Now she owns a popular Oregon restaurant and has released a new cookbook.

From left: pickled pattypan squash, short-rib borscht and pickled green tomatoes are among the recipes featured in Kachka: A Return To Russian Cooking. Leela Cyd/Courtesy of Flatiron Books hide caption

From left: pickled pattypan squash, short-rib borscht and pickled green tomatoes are among the recipes featured in Kachka: A Return To Russian Cooking.

On a sunny weekday afternoon, chef Bonnie Morales leads me past the Q subway line in the Brighton Beach neighborhood of Brooklyn, N.Y. We are going shopping for Russian food.

Morales owns Kachka, a restaurant in Portland, Ore., that serves food from the former Soviet Union. It's one of the most popular places to eat in one of the hottest food cities in the country. 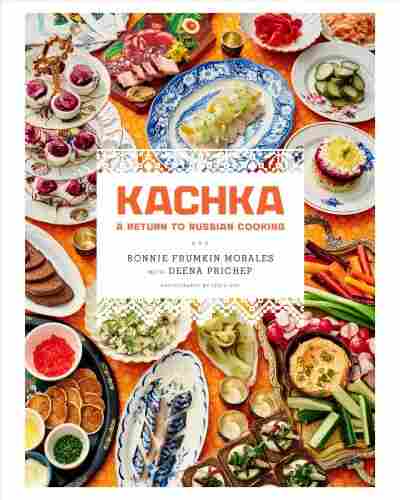 A Return to Russian Cooking

Now, Morales has a new cookbook — also called Kachka. Its publication inspired this jaunt to Little Odessa, the kind of neighborhood where the child of Eastern European immigrants feels at home.

"Because there's such a concentration of people from the former Soviet Union," Morales explains.

People like Morales' own Russian Jewish immigrant parents. (Her husband is part Mexican; her maiden name is Frumkin.) She was born in the Chicago area, and as a child in the early 1990s, her relatives flocked to the United States after the collapse of the Soviet Union. Every week, it seemed, her parents threw another party welcoming new arrivals with a spread of cold appetizers called zakuski.

"They're just covering the table," Morales says. "Ideally, you don't have the tablecloth showing. You have bottles of vodka and people will make toasts. You don't drink without toasting."

That kind of entertaining inspired Kachka, both the restaurant and cookbook. As a child, though, Morales didn't appreciate many of her mother's Belarusian specialties. "I thought the smell of mushrooms boiling was just disgusting," she confesses.

As we enter one of the many Russian grocery stores lining the streets of Little Odessa, you'd never know Morales had a conflicted relationship with the food of her youth. She effuses over loaves of dense black bread flown in from Czechoslovakia, waxes poetic about the jars of pickled fish (a key ingredient in one of her signature dishes, "Herring Under a Fur Coat"), and explains the difference between various forms of yogurt and dried salami. Hard as it is to believe today, Morales says that as a culinary student, she thought Russian food was broken.

"I thought, man, you could really fix it," she says. "It's just being made incorrectly. Clearly, you know, centuries of Russian technique and these guys don't know what they're doing. They need some help from the French."

But after tinkering with such Russian standards as boiled veal foot, Morales realized she lost flavors when French-ifying Russian dishes. She started experimenting with old family recipes and became enamored with them, partly because her husband, a co-owner of the restaurant, is also a fan of the food.

That's why Morales' cookbook is subtitled a return to Russian cooking. It challenges assumptions that Russian food is bland and lacks variety. "That it's all for cold weather, very meat-heavy, that everything is pickled," she says.

You'll find recipes in Morales' cookbook for buckwheat blinis with lingonberry mustard, beet-and-caviar stuffed eggs, and, if truth be told, a lot of pickles. 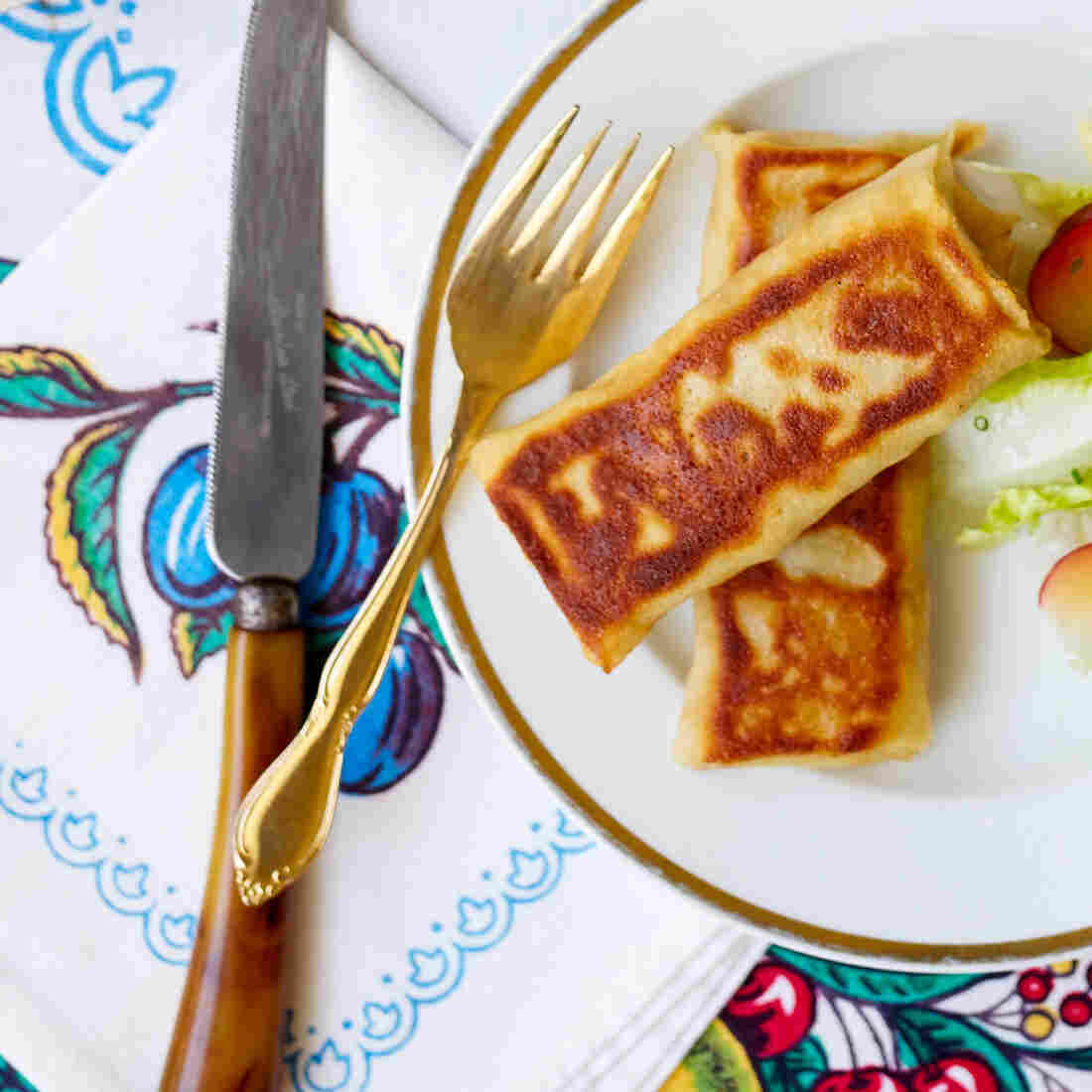 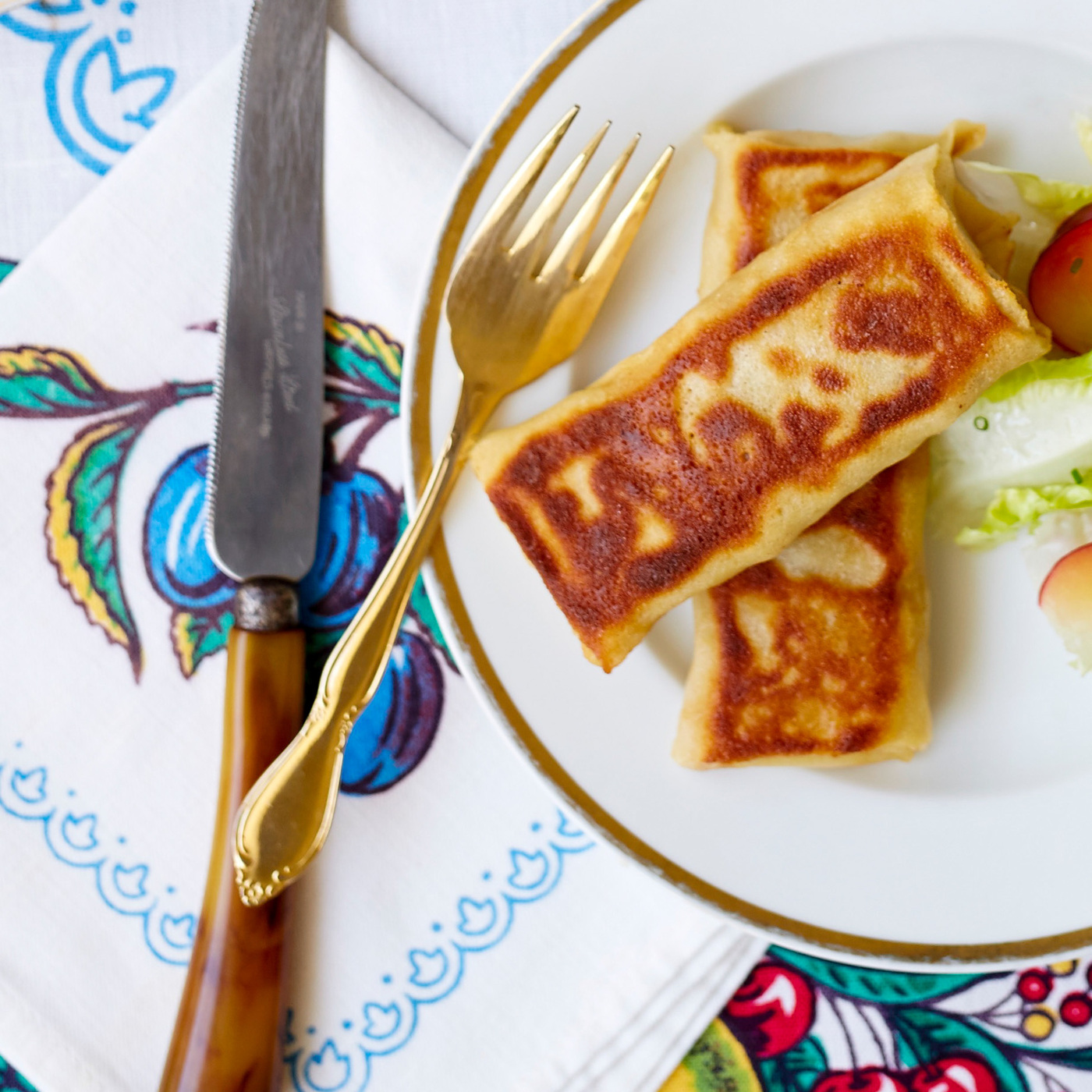 The cookbook also comes with a story. Kachka refers to a dramatic moment that took place during World War II. Morales' grandmother fled a ghetto in Minsk after barely escaping a mass killing. She was passing as a Ukrainian peasant when she was stopped by a Russian official working with the Germans.

"He was like, 'You're a Jew,' " Morales recounts. The official challenged her grandmother to say the word "duck" in Ukrainian to prove her identity. Morales' grandmother didn't speak Ukrainian, and she had to stake her life on linguistic overlap.

The word that saved her grandmother's life now serves as an introduction into a cuisine that — let's be honest — can be a bit daunting if you haven't grown up on it. Morales steers me toward an expansive deli case stuffed with dark brown salamis, stippled with fat, and more items that are intimidating to a timid American palate. 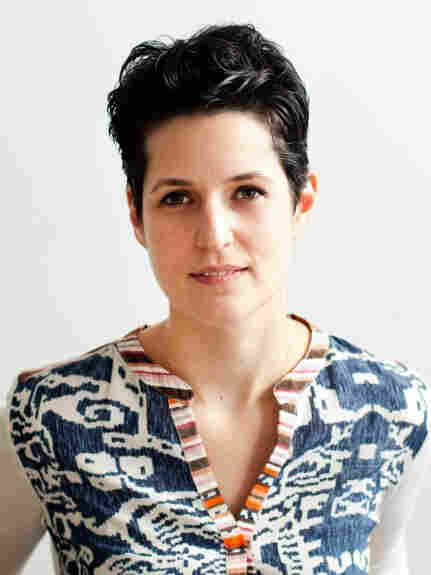 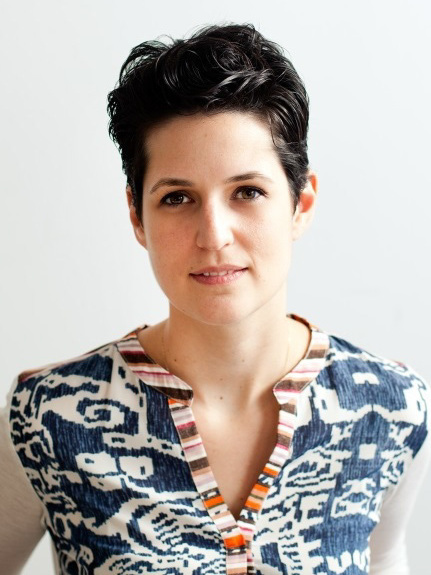 "That's a terrine with tongue," she says with a grin. "You're looking at me like that might not be your jam."

Tongue is not my jam. I don't like the idea of a tongue on my tongue. And this terrine looks unmistakably tongue-y. This is when my editor, Rose Friedman, decides to jump in.

"Neda specifically told me she didn't want to taste any tongue. So let's get the tongue," she announces.

In the spirit of reporting, I taste the tongue, and survive. Still, I feel safer in the bakery section, which features an extraordinary selection of goods, including that black Czech bread scented with caraway, strudels, bagels, Turkish pides and baklava.

"The former Soviet Union was what, like a sixth of the world's landmass when it was in full swing," Morales reflects. "Such a huge range."

That range is reflected in her recipes. Sometimes Morales has been criticized by her customers for not being sufficiently Russian. But maybe that's what happens when first-generation chefs resist — then romance — their family's cuisine.

And not broken at all.