Accessibility links
It's Not Just Politics. Food Can Stir Holiday Conflict, Too : The Salt Lots of families fight over politics at the holiday table. But decisions about which foods to put on the table can also whip up stress and squabbles. 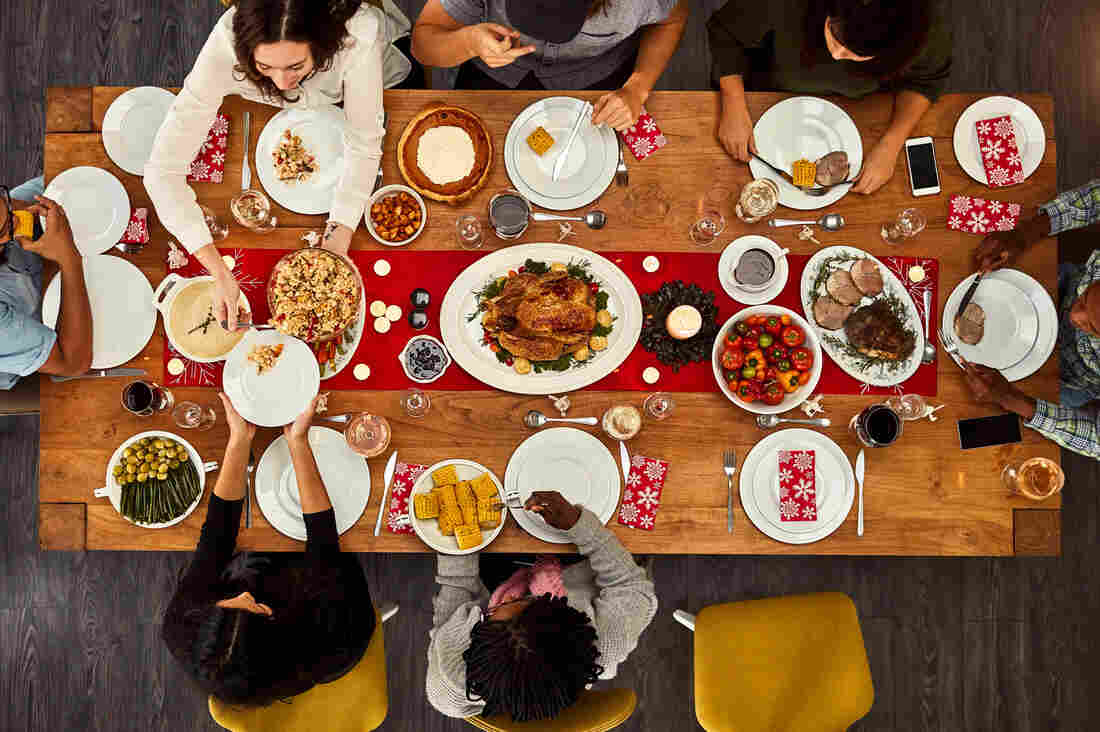 Lots of families fight over politics at the holiday table. But decisions about which foods to put on the table can whip up stress and squabbles, too. PeopleImages/Getty Images hide caption 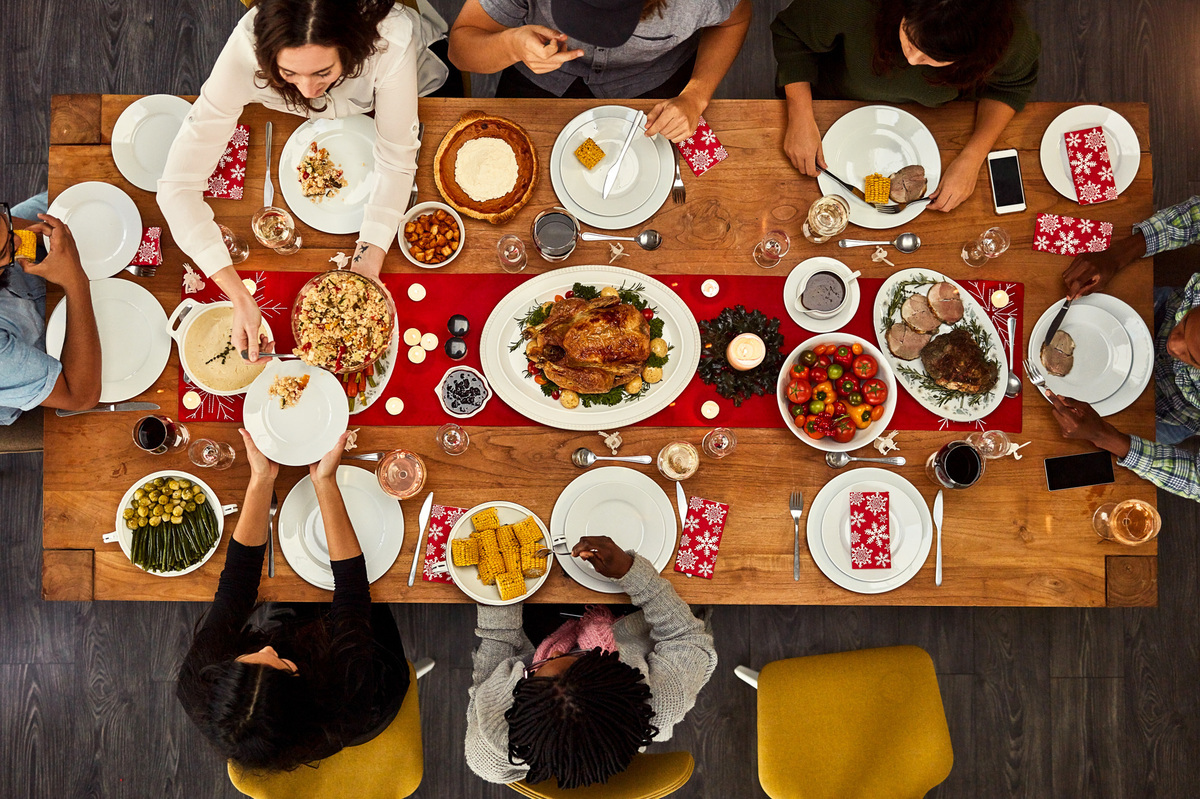 Lots of families fight over politics at the holiday table. But decisions about which foods to put on the table can whip up stress and squabbles, too.

If you're gluten-free, you may turn up your nose at Aunt Betsey's macaroni and cheese. And what if you've got a vegan teenager in the family who'd like the Thanksgiving feast to be turkey-free?

A poll from the University of Michigan finds that for families with a picky eater or someone on a special diet, holiday meals can be tricky.

"About half of the families in the poll said that conflicts about food at holiday gatherings were a challenge for them ," says Sarah Clark, the co-director of the C.S. Mott Children's Hospital National Poll on Children's Health. And 55 percent of families said the time and cost of preparing special foods was part of the challenge.

"So that's a substantial number of families having an emotional conflict this time of year," Clark says.

Clark and her colleagues surveyed a national sample of parents about their experiences with teenagers and special diets. They found that about 1 in 6 families had a teen who has tried a gluten-free, vegan, vegetarian, and/or paleo diet. Parents polled said their teens had several motivations, other than health-related reasons, for trying special diets. For instance, many said having a friend on the diet was a motivator, while others pointed to environmental concerns as a rationale.

And, of course, lots of adults experiment with special diets, too. A Nielsen survey from 2016 found about two-thirds of those surveyed said they follow a diet that limits or prohibits consumption of some foods or ingredients.

In an era when what we eat can be considered a political or ethical statement, and when experimentation with special diets is on the rise, perhaps we shouldn't be surprised that food can be a source of family squabbles.

But Clark says, instead of letting food spats cause hurt feelings, it's best to try to diffuse tensions before the holiday begins.

"If you're the host, there are a couple ways to be supportive and accommodating," Clark says.

One strategy is to ask family members who are on restrictive diets to make their own dish to share. Or, tweak a recipe so everyone can eat it. (Maybe Aunt Betsey can use gluten-free pasta.) For the vegetarian who doesn't want turkey, meat-free alternatives are not limited to Tofurkey.

All of this may seem obvious. But from personal experience, I notice that we do tend to dig in with our loved ones and create conflict over little things. "We all may be served by lightening up on this one," Clark says.

When it comes to teenagers, rather than being annoyed, try to see their special diet preferences as a sign of growing up. "For teens, food can represent their emerging independent identity," Clark says. So, it may be best to back off and let them express themselves.

At the same time, ask teens to show respect to the people who've contributed to the meal.