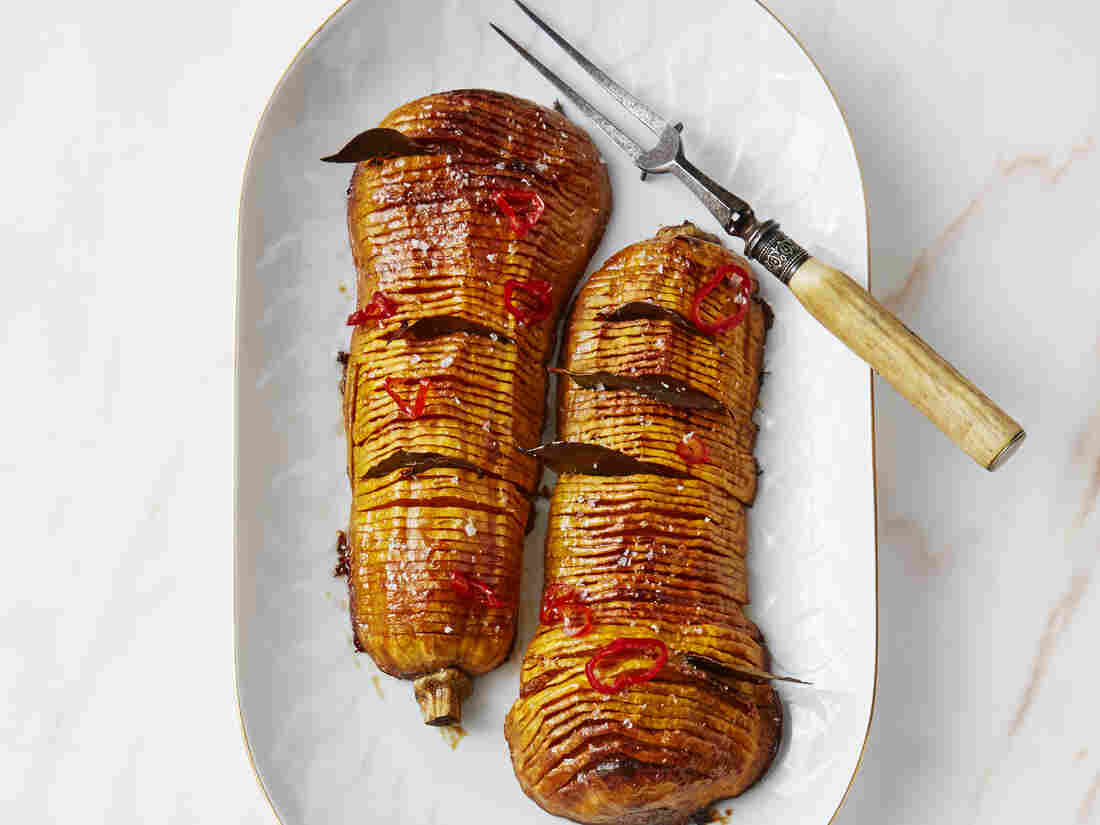 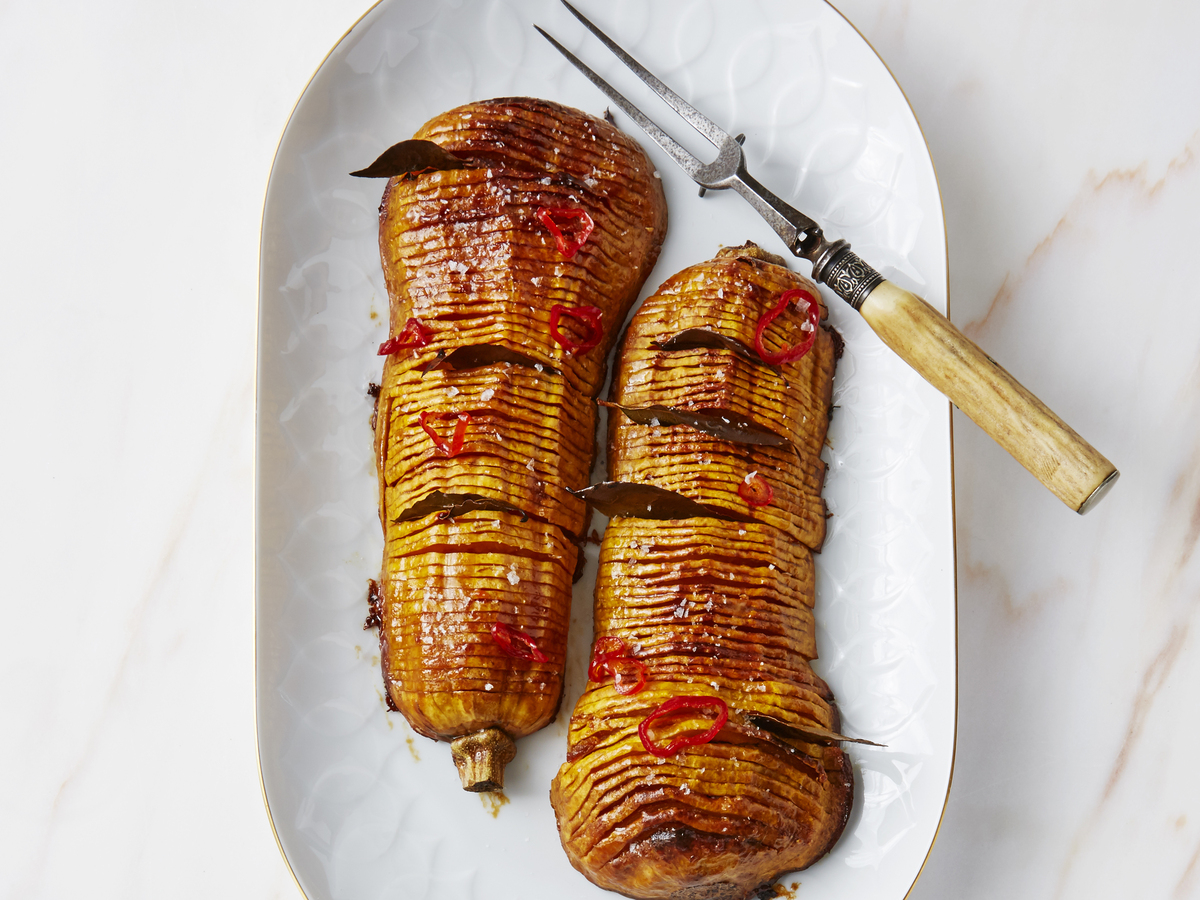 Thanksgiving is on Thursday. If you're hosting this year, are you ready?

For some, menu planning and turkey and sides cooking won't involve breaking a sweat. For the rest of us, the next two days may be fueled by anxiety — with maybe a pinch of panic.

A Blue Apron Thanksgiving: 3 Recipes To Try At Home

Even Adam Rapoport, editor in chief of Bon Appétit, has his own Thanksgiving meal prep horror story. He tells NPR's David Greene a few years ago, he hosted Thanksgiving for the first time, and after putting the turkey in the oven, he adjusted the temperature — only to realize an hour and a half later he had instead turned it off.

"So we all sat down to dinner a lot later than planned," he says.

A few weeks ago, Morning Edition asked you for Thanksgiving meal prep questions: What would help you get ready for Thanksgiving free of stirred-up stress? And as promised, here are some answers.

"How do I pull this off?" -- Sarah Smith from Wakefield, RI

Smith is hosting 27 adults — plus she has a newborn baby and toddler. As if that wasn't enough: She has never cooked a turkey, this is her first time hosting Thanksgiving and she doesn't eat turkey.

"What should I serve as a vegan main course option?" — Ginny Mumm from Irvine, Calif.

Mumm's husband and father recently switched to a plant-based diet, and for Thanksgiving, they've requested a delicious meal free of Tofurky. That's no knock on the popular wheat protein and tofu roast. "It's a little too prepared," Mumm says. "They want more plain ingredients with a lot of flavor."

For this dish, halve a butternut squash length-wise, scoop out the seeds, peel it, roast it, then take a knife and make thin, vertical slices so it looks like an accordion. Tuck in some bay leaves and seasoning, then brush it with maple glaze — with a kick of Fresno chiles — and then roast it.

"It comes out looking shellacked and crispy. It will be the most beautiful dish on the Thanksgiving table," Rapoport says. "And all the non-vegetarians will be jealous of it." 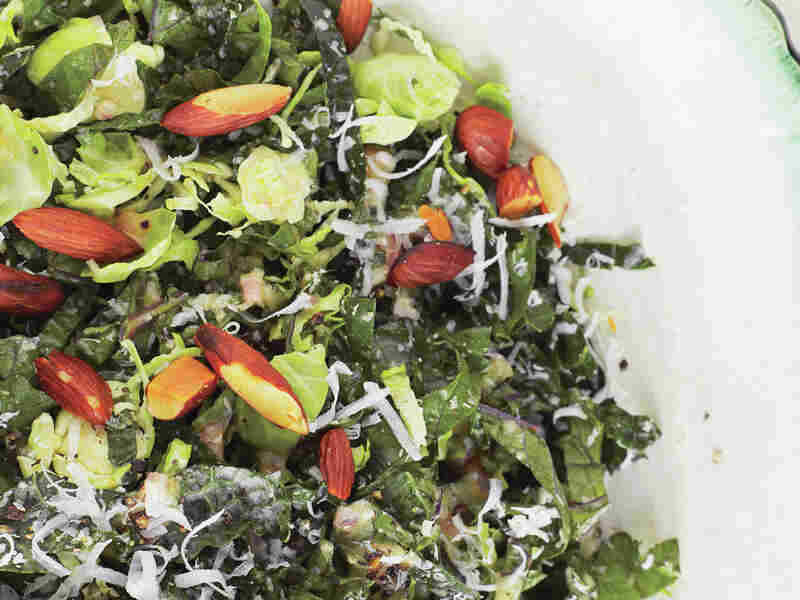 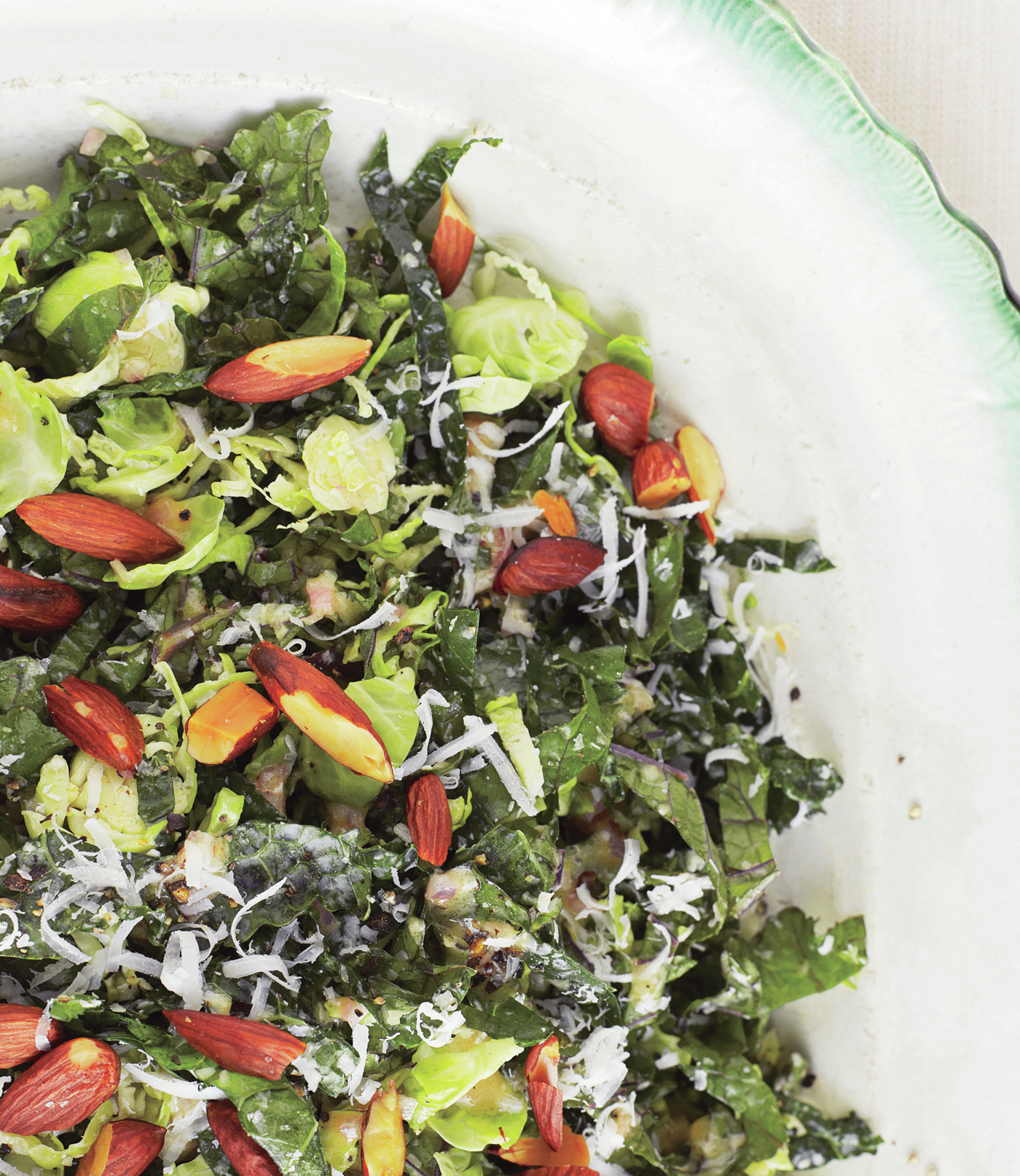 "It's so nice to have something on the table that is raw and crisp and embracing, to sort of counteract all that rich, buttery mashed potatoes and stuffing and gravy and whatnot," he says. "[It's] something I've made every year for the past six years and I swear by it."

"I've had a lot of turkeys a lot of different ways — fried, smoked, brined. Are there any "boozy birds" that are cooked in alcohol?" — Michael Radcliffe, news assistant at Morning Edition, Los Angeles 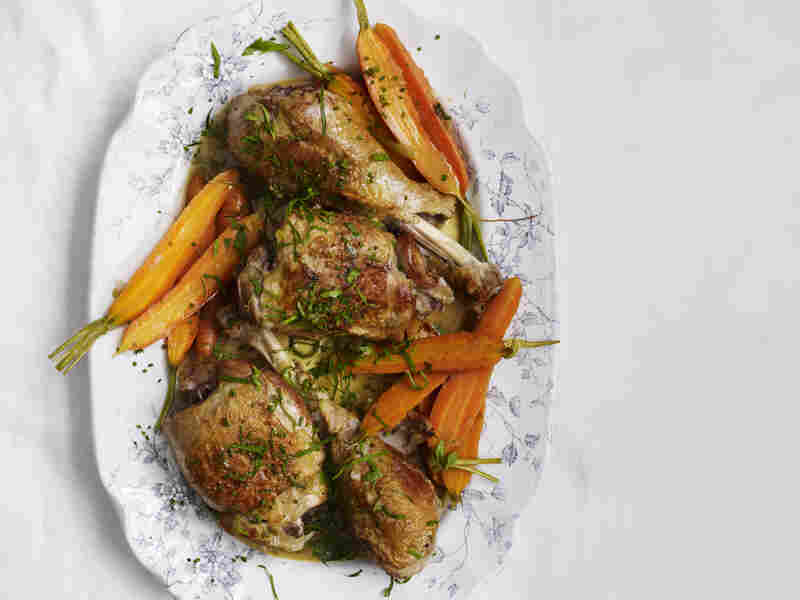 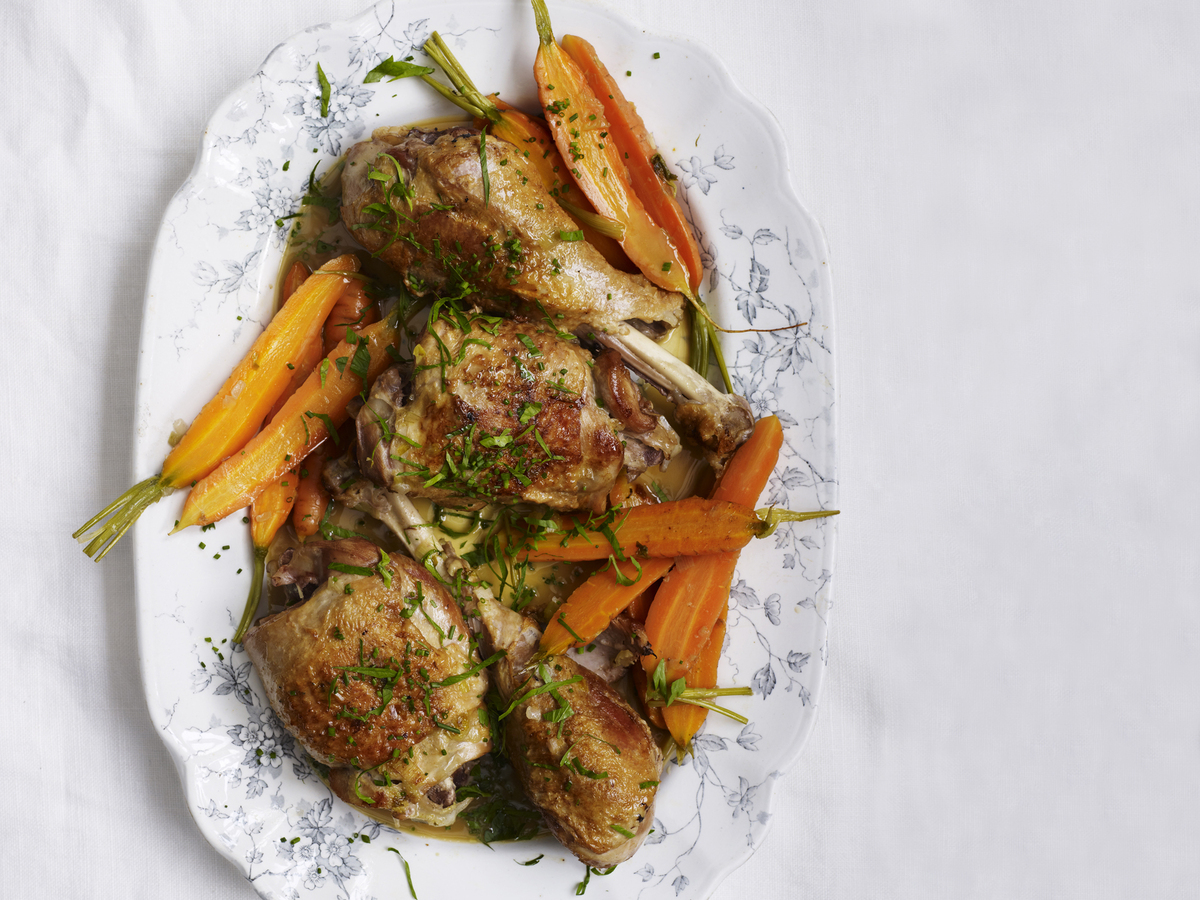 Looking to booze up your bird? Try braising the dark meat in white wine and turkey stock. Find the recipe here.

He browned the pieces in a Dutch oven, took them out, then sauted onions and carrots and celery, added the meat back along with wine and turkey stock, then cooked it covered in the oven until the meat got fall-apart tender. Finally, he put the dish in the broiler so it got crispy and crunchy on the outside.

"You kind of almost pull the meat apart and shred it and put it on a platter and spoon all that wonderful juice all over it," he says. "It was by far the best thing I ate all Thanksgiving."

Justin Richmond (@JustJRichmond) is a production assistant at Morning Edition.

Adam Rapoport's surname was previously misspelled as Rappaport in one instance in this story.