Accessibility links
To Save Water, Should You Wash Your Hands Of Hand Washing Dishes? : The Salt The sustainable choice between the dishwasher and a manual scrub-down may just boil down to your washing style — but it's hard to beat today's efficient machines. 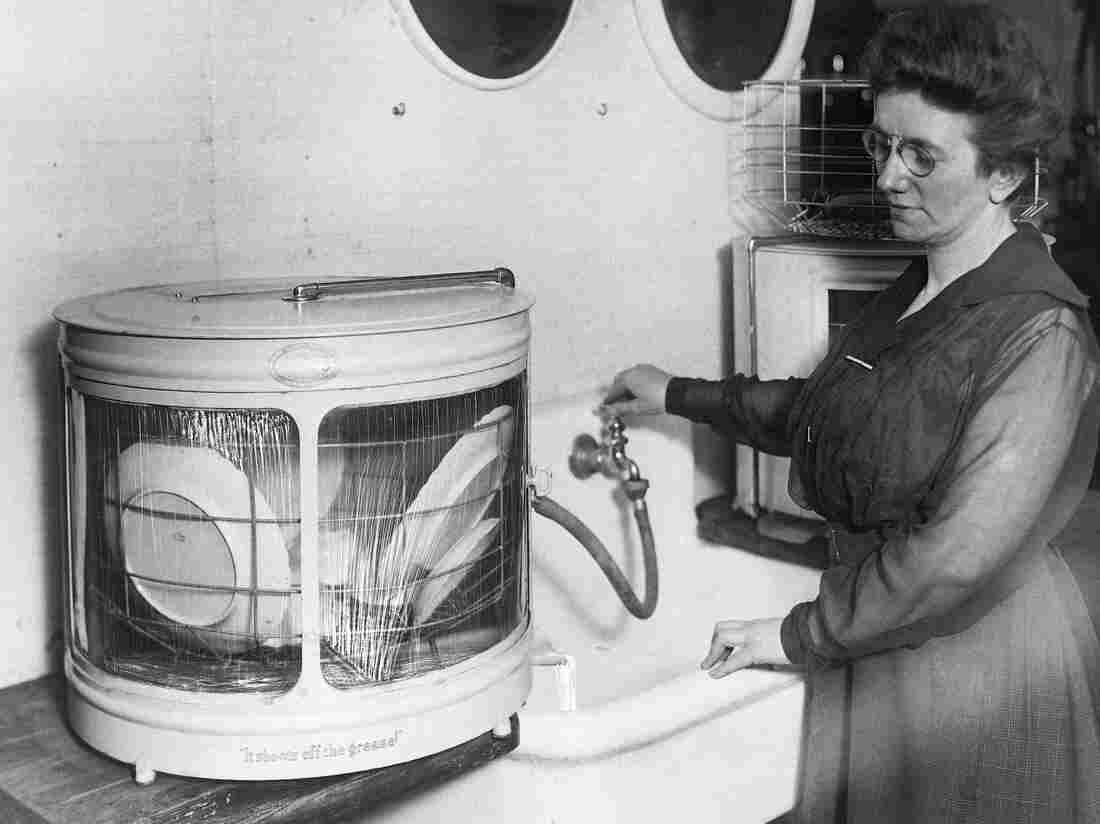 Dishwashers have come a long way since this 1921 model, which was designed mainly to help minimize the drudgery of housework. But today's sleek models are also designed with water conservation in mind. Bettmann/Bettmann Archive/Getty Images hide caption 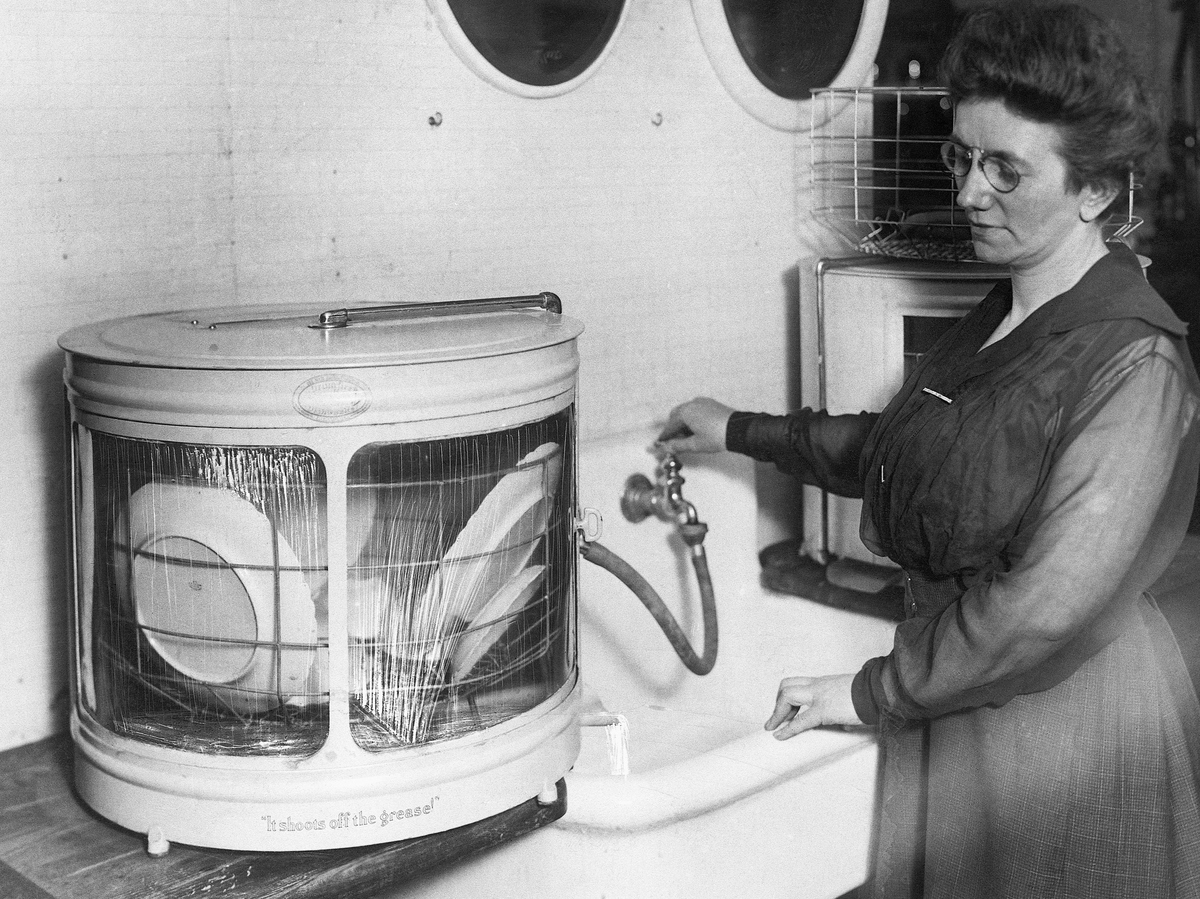 Dishwashers have come a long way since this 1921 model, which was designed mainly to help minimize the drudgery of housework. But today's sleek models are also designed with water conservation in mind.

When I was a kid, my mom always told me to rinse the dishes before putting them in the dishwasher. This was especially true for dishware with tacky residue. Peanut butter, cream cheese, frosting — these adversaries were simply too powerful for the dishwasher's meek cleanse. Today, still harboring a distrust of dishwashers, I tend to wash my dishes by hand.

But I often wonder about the consequences of my sponge-scrubbing ways — am I wasting water by avoiding the dishwasher, or saving it?

"I think it's generally recognized that washing by machine would involve less water," says Ed Osann, water efficiency project director for the Natural Resources Defense Council. "In part, it comes down to someone's washing technique."

According to Osann, when people wash by hand, they often use the same method. They fill one sink basin with sudsy water for soaking and run the faucet in the other basin for rinsing. That's an efficient way to do dishes from a time perspective, but not from a water perspective. The Department of Energy sets standards that a full-size dishwasher can use no more than five gallons of water per cycle, and a compact dishwasher no more than 3.5 gallons. Osann says that's probably less water than most people's dishwashing styles use. Because heating water requires energy, using less water also translates to being more energy efficient.

Dishwashers today are not my mother's dishwasher, according to Jennifer Amann, buildings program director for the American Council for an Energy-Efficient Economy. Dishwashers might have used eight to 10 gallons per cycle 15 years ago, making them, in Amann's words, "water hogs."

But newer dishwashers have adopted a number of design changes to up their grime game. Dishwasher designers are continually refining the arrangement of dish racks, to optimally expose plates and utensils to the internal spouts of water that fill the machine during a cycle. But even more importantly, dishwashers now have sensitive technology to detect how murky the water in the machine is. A cycle begins using just a little water. After washing, the machine detects how murky the water is as a measure of how much food and grime are coming off the dishes. If the water is still cloudy, the machine adds a little more water, washes some more, and then tests again, repeating the incremental water increase until the water is clear.

Today consumers can buy dishwashers that use even less water than the Department of Energy standards require. Energy Star, an independent evaluator that partners with the Environmental Protection Agency to certify products as energy efficient, sets even lower water use targets for dishwashers. Consumer Reports and the American Council for an Energy Efficient Economy also provide energy-conscious recommendations to consumers.

Today, both Osann and Amann say people should scrape plates clean, rather than rinsing them, before putting the plates in the dishwasher. For small households that tend not to fill the dishwasher quickly, Amann suggests the rinse cycle, which generally uses only half a gallon of water and still effectively cleans dishes that haven't been sitting in the dishwasher too long. (I tried this approach. My dishwasher's rinse cycle worked well on peanut butter, but remnants of Greek yogurt stubbornly stuck around.)

For those who can't break their manual scrubbing habits, Osann recommends filling up a large metal pot, rather than filling up the sink, to do washing in. Nonetheless, he makes a final plug for the dishwasher. "People could be more cognizant of their use of water while washing dishes by hand. Are people likely to do that when friends are over for Thanksgiving? Probably not."

In other words, in the spirit of the holidays, it might be appropriate to give the machine a little trust.