Accessibility links
Across The World, If You Eat For Your Health, You'll Help The Planet : The Salt Dozens of countries have government-recommended diets. That advice differs from country to country, but according to a new study, following it generally would help the environment. 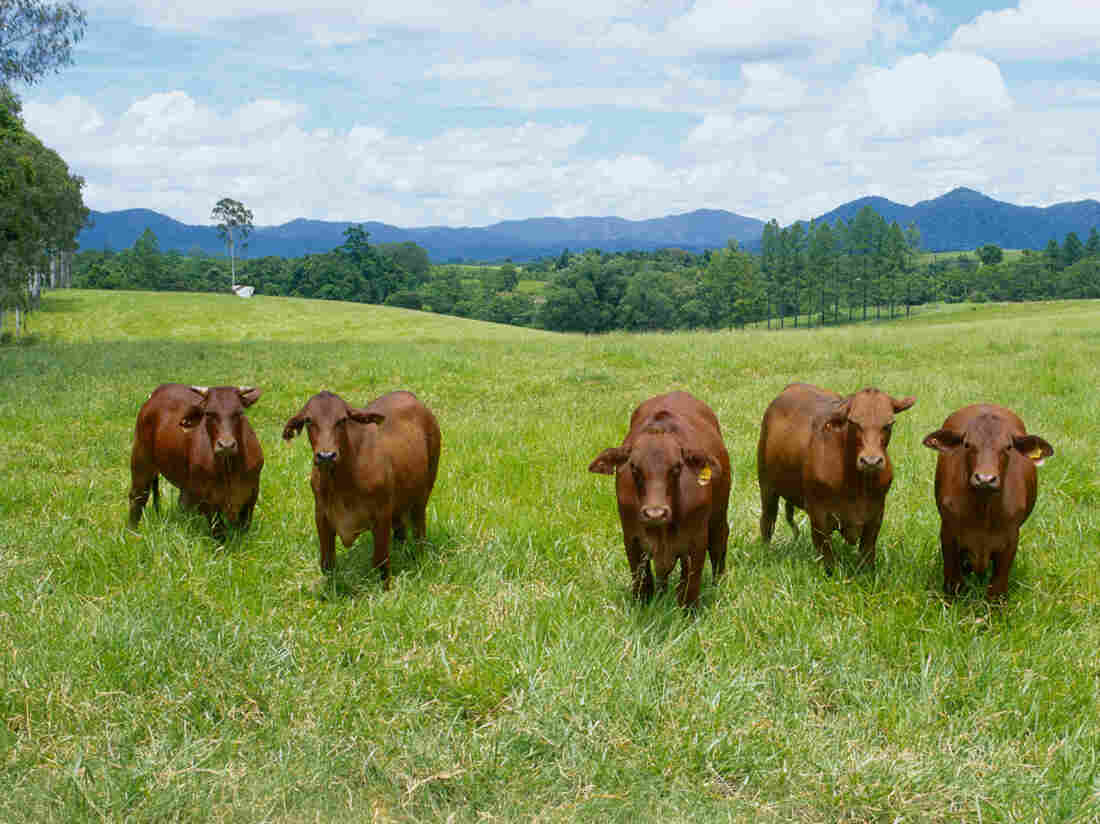 Brahman cattle graze in a field in Innisfail, Queensland, Australia. Researchers can estimate the greenhouse gas emissions and land used to produce various foods in different parts of the world. They've used that data to calculate the environmental impact of a shift in what people eat. David Messent/Getty Images hide caption 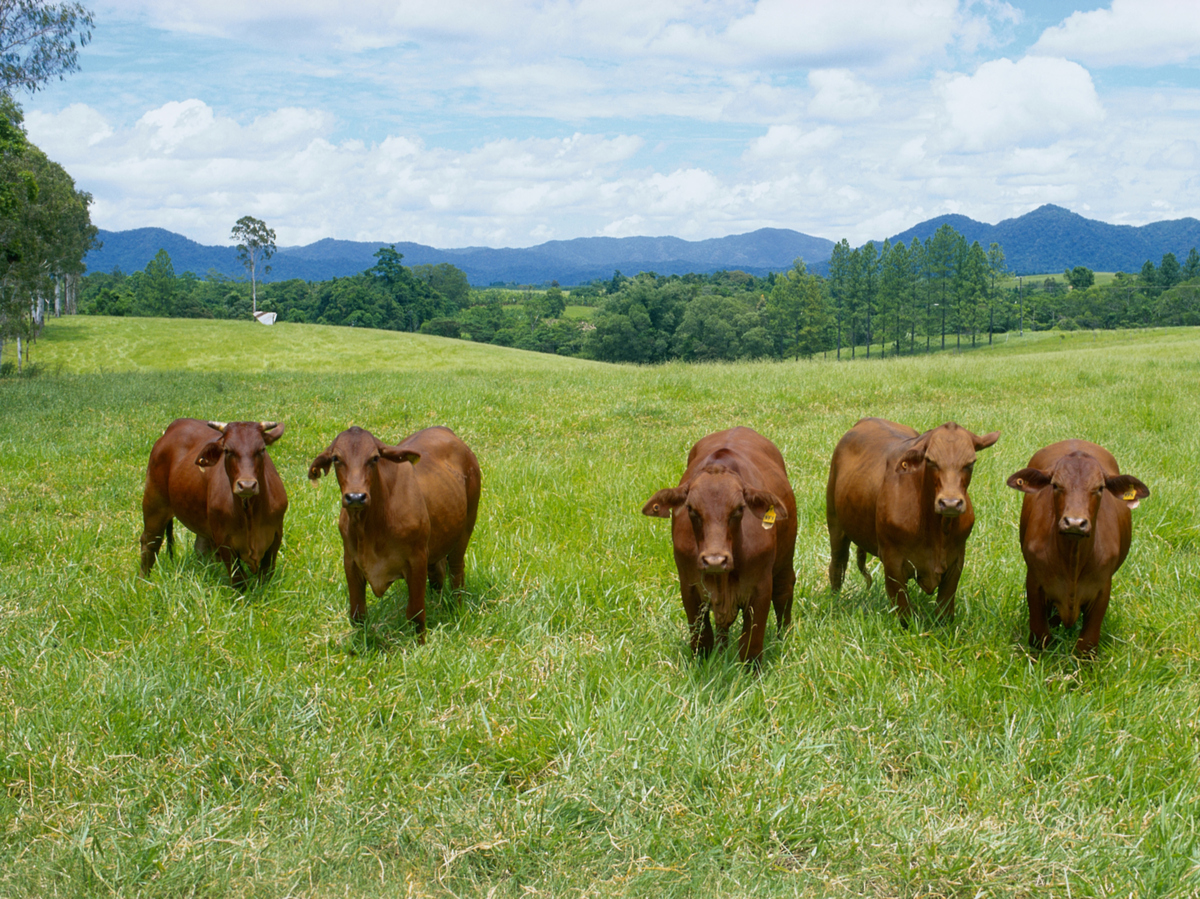 Brahman cattle graze in a field in Innisfail, Queensland, Australia. Researchers can estimate the greenhouse gas emissions and land used to produce various foods in different parts of the world. They've used that data to calculate the environmental impact of a shift in what people eat.

Telling people what to eat is perilous, whether the advice is aimed at a friend or an entire country. Of course, people and governments do it anyway. Dozens of countries have come up with recommendations for the perfect, most health-promoting diet.

Those recommendations are aimed at improving people's health. But Paul Behrens, a researcher at the University of Leiden, in the Netherlands, wanted to know whether this advice — if people actually followed it — might affect the environment. Producing foods, after all, has profoundly altered the planet, and those impacts can vary a lot, depending on which foods people demand.

Behrens just published his analysis in the Proceedings of the National Academy of Sciences. He looked at what would happen if people in 37 different countries followed the dietary recommendations of their own governments. In general, he says, those shifts would be good for the planet. Greenhouse gas emissions would fall, waterways would suffer less pollution from fertilizer, and less land would be required to feed people.

"We have the perfect tool to analyze this," says Behrens. Scientists have assembled a massive database that allows them to calculate the emissions of greenhouse gases, the demand for land, or the fertilizer pollution caused by growing different kinds of food in different parts of the world. It can even distinguish, for instance, between the greenhouse gas emissions resulting from letting cattle graze on grass in Australia, versus feeding them corn in North American feedlots.

Behrens and his colleagues took that database and calculated, first of all, the impact of what people are eating now. Then they calculated the impact of a shift in diets, in each country, following that government's recommended diet.

In most countries (although not all) shifting to the recommended diet would mean eating less meat, poultry and eggs. That means, in turn, less land required to grow the feed for animals, lower greenhouse gas emissions, and less water pollution. This is especially true of Brazil and Australia, where people eat lots of beef.

There are exceptions, though. In India, where consumption of meat, poultry, and eggs is extremely low, the government wants people to eat more of those foods. Supplying those Indian consumers with the food that the government wants them to eat would increase greenhouse emissions. Shifting to the recommended diet in South Africa also would add to environmental stresses, because South Africans are supposed to eat more dairy products. And in Switzerland, people are supposed to eat so many more vegetables, fruit and nuts that producing that food also would increase greenhouse gas emissions.

What I found most intriguing about Behren's paper, in fact, is the detailed information he's assembled about dietary recommendations in dozens of different countries, as well as differences in what people actually eat.

In the United States, the official dietary guidelines do not explicitly call for a reduction in meat consumption. The amount of meat, poultry and eggs that the guidelines recommend, however, is generally lower than what Americans — at least adult men — currently consume. The guidelines call for an even bigger reduction in sugar consumption. All of this would mean less pollution, and more land available for nature.

Behrens says only a handful of countries even mention the potential environmental benefits of following their dietary recommendations. He thinks that's a mistake. "It's another reason to shift to a healthier diet," he says.

The last time the U.S. revised its dietary guidelines, several of the scientists involved in the effort tried to do exactly that, but ran into fierce criticism from Congress. Lawmakers attached a "directive" to a spending bill instructing the Department of Health and Human Services to disregard environmental considerations when drafting its dietary advice, and the HHS complied.