Accessibility links
USDA Opens Door For States To Impose New Rules On Food Stamps : The Salt The USDA says it will give states more flexibility in how they deliver federal food benefits. That could potentially include requiring drug testing or imposing time limits for adults with children. 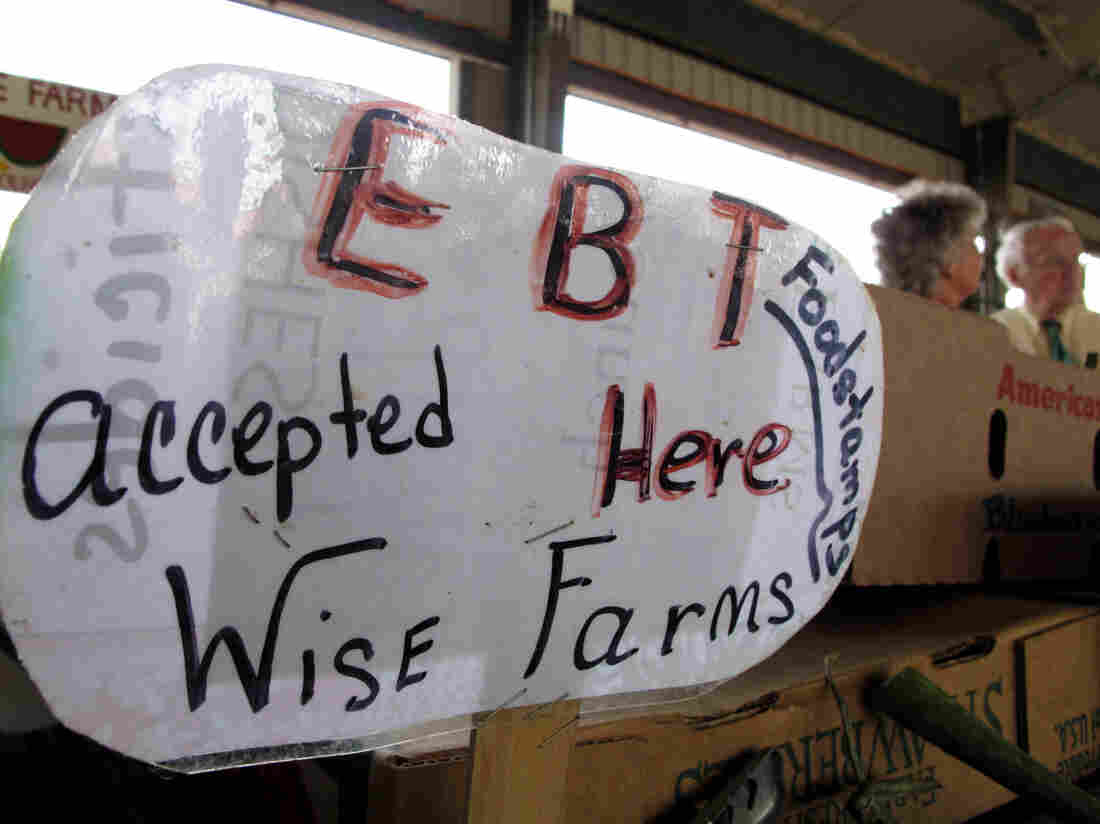 The USDA says it will give states more flexibility in how they deliver federal benefits known as SNAP or food stamps. Allen Breed/AP hide caption 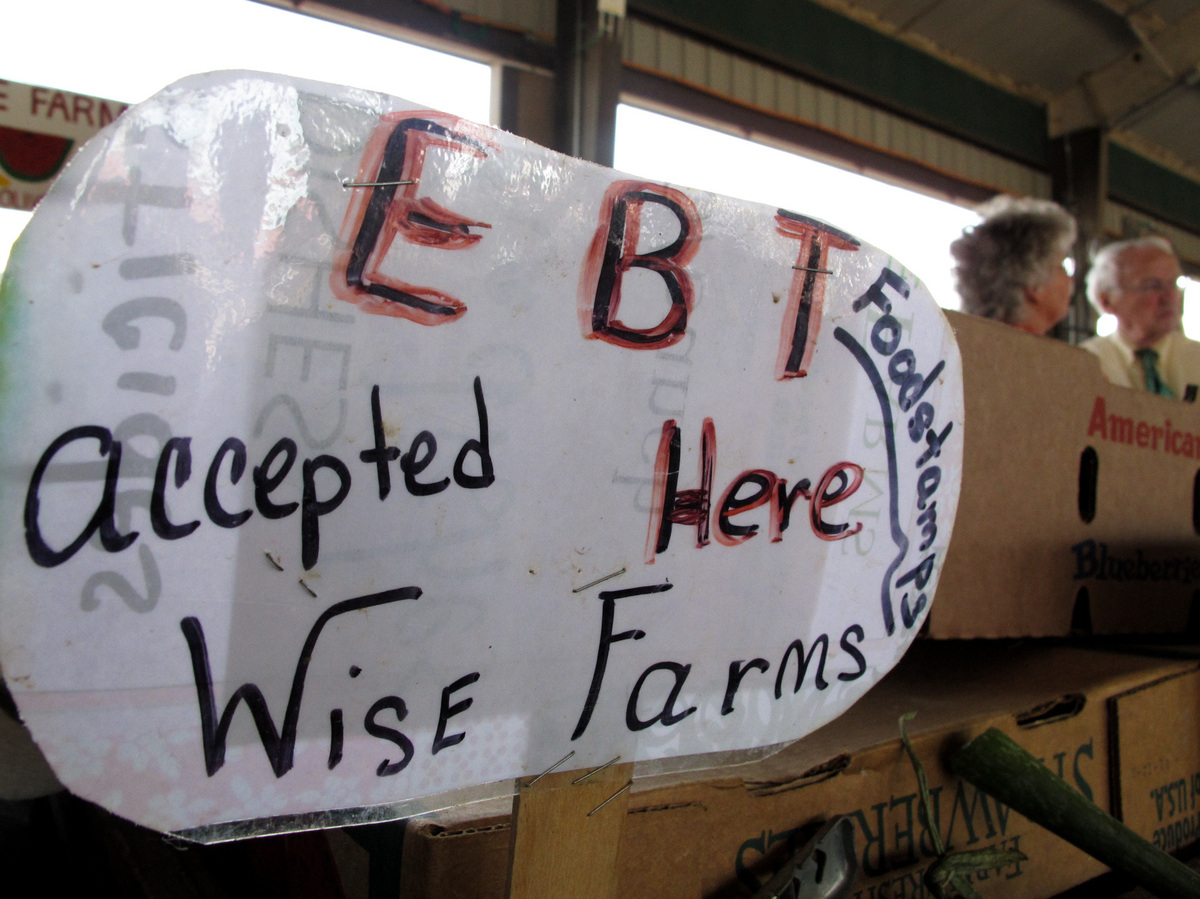 The USDA says it will give states more flexibility in how they deliver federal benefits known as SNAP or food stamps.

The delivery of federal food benefits for millions of low-income people is likely to change after the U.S. Department of Agriculture announced Tuesday it'll allow states more flexibility in how they dole out the money.

Agriculture Secretary Sonny Perdue said in a news release that his agency wants states to try out programs that don't increase the cost of the Supplemental Nutrition Assistance Program (SNAP), formerly known as food stamps, but instead promote job training and reduce waste and fraud. The news release said specifics will be provided in "the coming weeks."

"We want to provide the nutrition people need, but we also want to help them transition from government programs, back to work, and into lives of independence," Perdue said.

States already have wide latitude to demand that people work or at least look for a job in order to receive SNAP benefits, according to Ed Bolen of the nonpartisan Center for Budget and Policy Priorities, based in Washington, D.C.

Under federal law, people without children who are able to work either must work or attend job training at least 20 hours per week to receive SNAP benefits beyond 3 months. States are allowed to bypass that rule when they have high unemployment, and 36 states have at least partial waivers from the USDA. Several states, including Nebraska and Kansas, have tested different job requirements and training programs in recent years.

"At a certain point, states can ban somebody from SNAP if they fail to meet those employment and training mandatory requirements," Bolen said.

States could consider new SNAP restrictions, such as drug testing or time limits for adults with children. But, Bolen said, "they would need federal approval."

"And it's questionable to me whether the secretary could actually grant that, given that it's part of the SNAP law," he added.

Perdue's move comes ahead of work on the 2018 farm bill, for which lawmakers already are floating their priorities and unlikely alliances are being formed among various interest groups.

Nutrition programs, including SNAP, made up about 80 percent of the USDA's budget in the most recent farm bill, making it the largest portion of agency spending. About 44 million people participated in SNAP each month in 2016, at a cost of $70.9 billion. Nearly two-thirds were under 18, over 60 or disabled,according to the USDA.

Perdue is undertaking a major reorganization of the USDA that would, among other things, eliminate the Center for Nutrition Policy and Promotion, which establishes dietary guidelines and studies what it costs to follow them. That work instead would fall under the USDA's Food and Nutrition Service.

In 2016, SNAP households were certified to receive benefits for an average period of 13 months. A previous proposal from the Trump administration would have required states to cover up to 25 percent of the cost of SNAP benefits.