Accessibility links
Reinventing The Cheese Wheel: From Farmhouse To Factory And Back Again : The Salt A new book traces the transatlantic cheese wars that led to the rise of factory cheeses and loss of traditional varietals, and looks at the farmhouse cheesemakers working to restore that lost legacy.

Reinventing The Cheese Wheel: From Farmhouse To Factory And Back Again

Reinventing The Cheese Wheel: From Farmhouse To Factory And Back Again 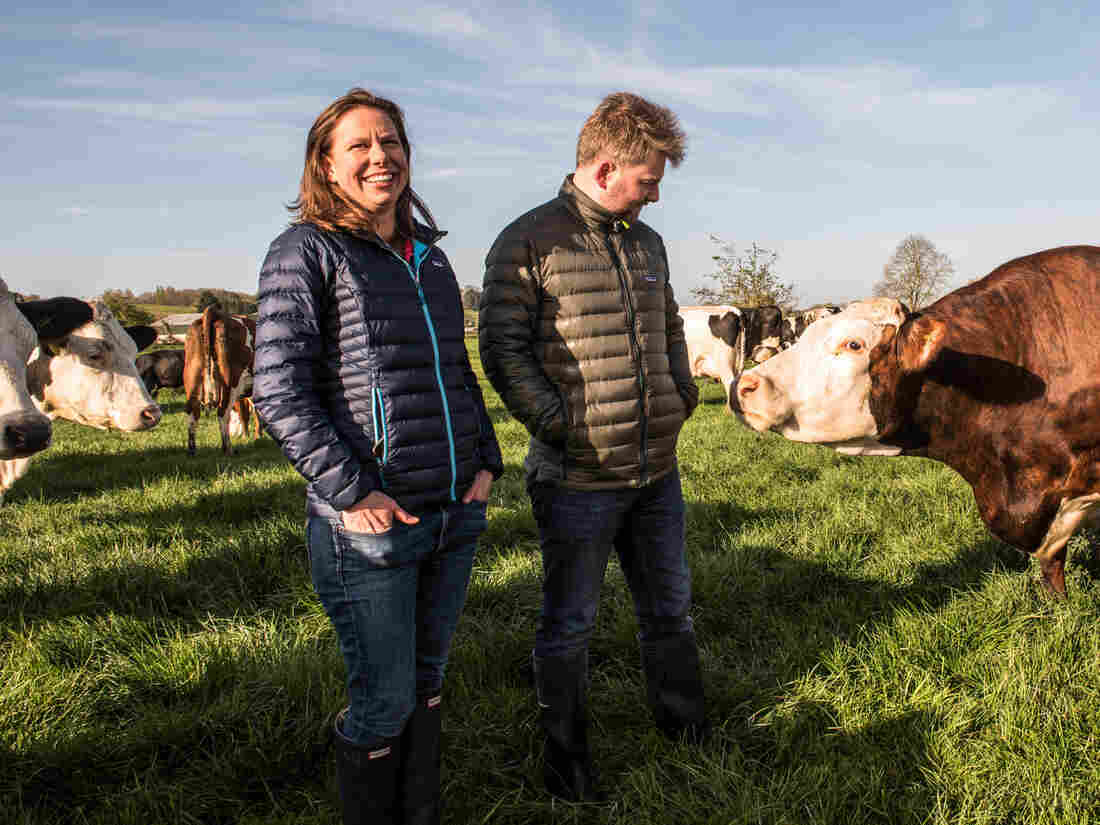 Bronwen (left) and Francis Percival in the pasture with cows. Their new book traces the transatlantic cheese wars that led to the rise of factory cheeses and loss of traditional varietals. They also look at the farmhouse cheesemakers working to restore that lost legacy. Jon Wyand hide caption 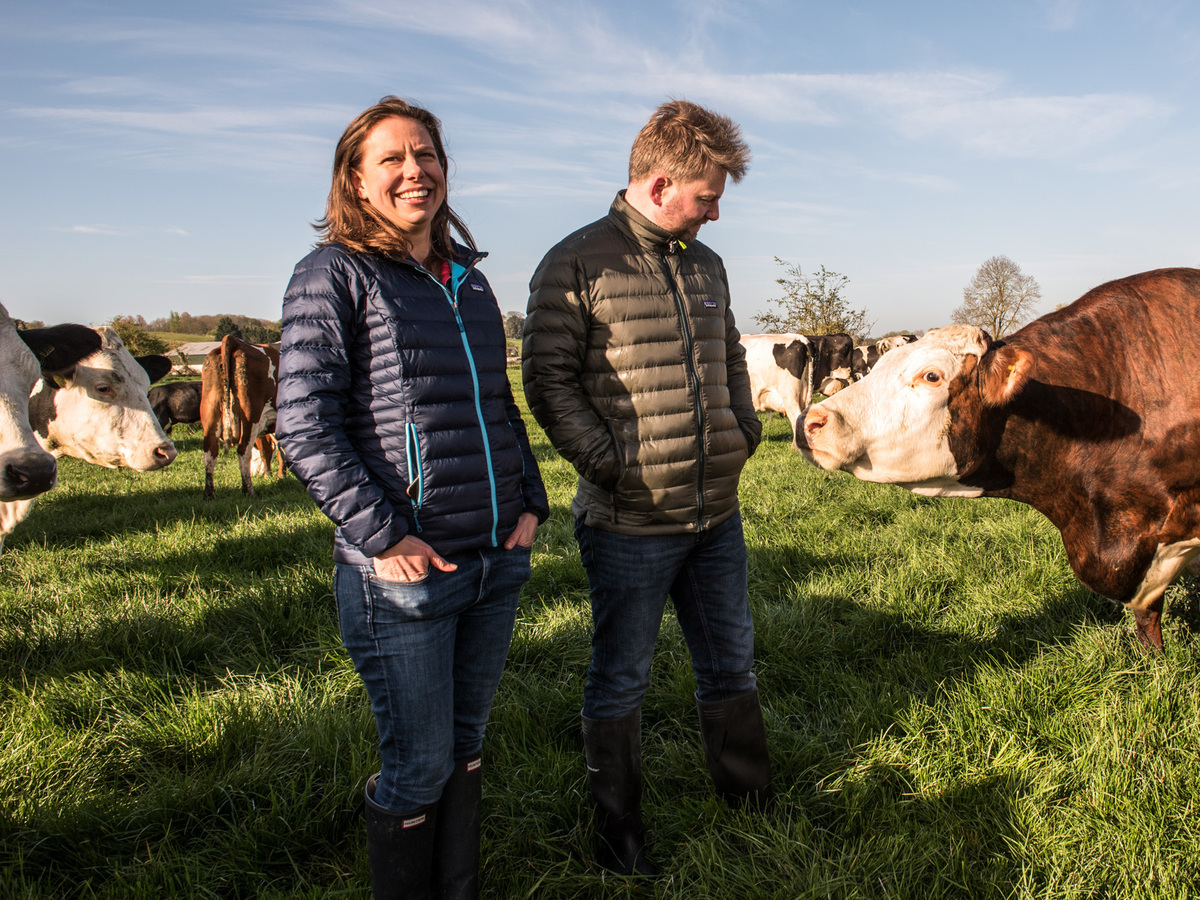 Bronwen (left) and Francis Percival in the pasture with cows. Their new book traces the transatlantic cheese wars that led to the rise of factory cheeses and loss of traditional varietals. They also look at the farmhouse cheesemakers working to restore that lost legacy.

Between my dad's love for upstate New York's sharp cheddars and the annual gift-pack of farmhouse cheeses my brother sends from California, cheese figures pretty heavily in my holiday season. This year Bronwen and Francis Percival's new book, Reinventing the Wheel: Milk, Microbes, and the Fight for Real Cheese, makes that not just cause for pleasure, but reflection as well.

Bronwen Percival is the cheese buyer at Neal's Yard Dairy, London's premier outlet for artisanal cheeses. Her husband, Francis Percival, is a food and wine writer. Together they explore the history of the Anglo-American and French cheese trade. The story goes from farmhouses to factories and back again, with scientific developments and societal shifts creating curves along the way.

The 19th century saw the rise of a cheddar war, of sorts. In New York and New England, farmers banded together in new cheese factories churning out cheddar with an eye to the British market, where it was extremely popular. Factory cheddar could be produced quickly and kept and aged for a long time, and it survived the Atlantic crossing much more readily than more delicate styles.

But standardization and codification brought about the end of individual cheeses made by isolated farmhouses, the Percivals write. The rise of pasteurization and sanitation further limited variety. Milk became a blank slate to which cheesemakers add one of a limited number of store-bought cultures, rather than fermenting under the influence of microbes peculiar to a given farm.

The authors' agenda celebrates craft, not Kraft. The Percivals ultimately argue for better, more individual cheeses with terroir — reflecting the breed of the animals, what they eat, and their environment. They readily acknowledge that such cheeses are and should be more expensive, since de-commoditizing cheese this way may help keep many struggling small farms from disappearing.

I spoke with the Percivals about their book and today's cheeses. Our conversation is excerpted below, edited for brevity and clarity.

Let's start with an incredibly popular cheese, cheddar. How did cheddar in particular become such an important battleground in the fight between traditional cheese making and scientific, factory production?

Francis Percival: Cheddar is essentially the first style of cheese that is made in a factory, back in the mid-19th century, and it's almost defined by Atlantic trade. It was possible to make a cheese in the northeastern United States, ship it to the newly industrialized cities of Great Britain, and have it retail at half the price of a local farmhouse cheese. The latter part of the 19th century is also this era of incredible intellectual entrepreneurship in British cheese making. People were really competing to define what cheeses are [standardizing the various styles] and you have a lot of P.T. Barnum-like figures hawking their own particular proprietary methods as "the best way to make cheddar."

That same period also took cheese making out of women's hands and passed it men. Is it a coincidence that so many of today's leading farmhouse producers are women? [The New York Times recently noted this trend.] 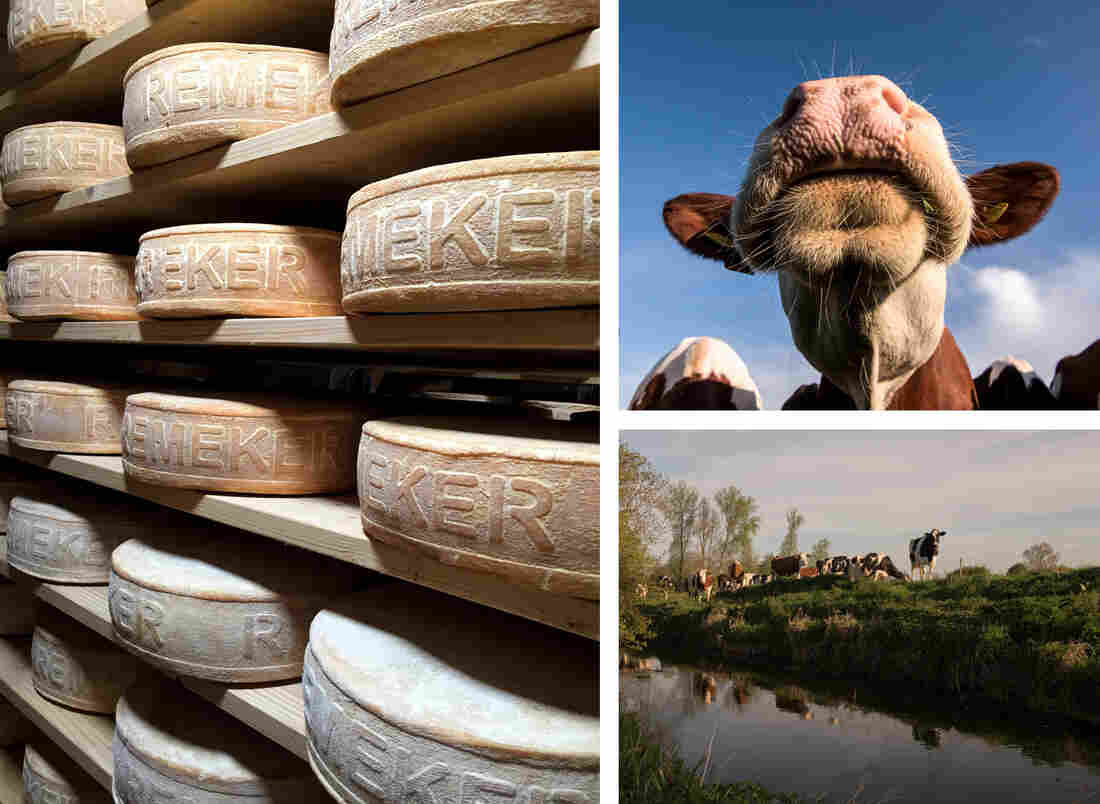 Francis Percival: Those British territorial styles of cheese [cheddar, Leicester, Wensleydale, etc.] were always British farmers' wives cheese, where the cheese-making process is designed to integrate into your day. I think if we compare it with historical practice, actually extraordinarily few of today's farmhouse producers are women.

Bronwen Percival: We see that there are a fair number women who are getting into cheese making, but it's almost as if that's a renaissance of women being involved with cheese after a period when that work transferred into a male sphere [when production moved from the home to the factory].

Francis Percival: Cheese making is still a much more male profession than it was immediately before the Second World War, even.

Was there ever a golden-age of cheese-making?

Francis Percival: Haha! Now this is something that we argue about. I firmly maintain that it's that era [the latter part of the 19th century]. If you look at the [guidebooks] that they were operating with, compared with the level of microbiological knowledge of the era, they were being taught pretty cutting-edge stuff. Bronwen, on the other hand, vehemently disagrees with me.

Bronwen Percival: Yes. As with most things, I would say. I think that by the 1890s the problems were already starting to set in with the cheese industry. This era in which things were starting to get standardized was really a premonition of this incredible bottlenecking effect that we've seen today – already the beginning of what I consider the mass extinction of cheese. So if we drop back a hundred years before that, OK, maybe there wasn't the extreme level of ...

Francis Percival: There was plenty of vile filth!

Bronwen Percival: Yes, absolutely. There would have been lots and lots of cheeses there that were not very good, but within that there was true, sheer diversity. Every single cheese that was made was the product of a farm and the product of a microbial ecosystem that was native to that farm.

Francis Percival: I think what you see here is that Bronwen is a unicorn hunter, whereas I am a little bit more concerned with what was the level of the quality and interest of the median cheese of an era.

Factory production obviously has advantages in terms of economies of scale. So what infrastructure exists for farmhouse producers to keep them competitive?

Bronwen Percival: If you look at somewhere like France, there's still an incredible infrastructure of teaching schools, consultants and scientists who are all working on the problems of farmhouse cheesemakers. If you look more to the Anglo-Saxon world, in the U.K. and the U.S. those farmhouse cheese industries are comparatively extremely small, and we don't enjoy the benefit of having the same sort of technical infrastructure to rely on.

Francis Percival: [In the U.S.] those states with the best developed farmhouse cheese industries and communities are those that have devoted the most resources toward fostering and educating that.

Bronwen Percival: Look at someplace like Vermont, where they have a large number of small farmers and where the government has invested in things. There are a lot of researchers at the University of Vermont who are looking at specific things [having] to do with the needs of small cheesemakers, and as a result the number and diversity and quality of cheeses made in Vermont is really incredible.

Is science changing its mind about what's acceptably hygienic in terms of cheese making? 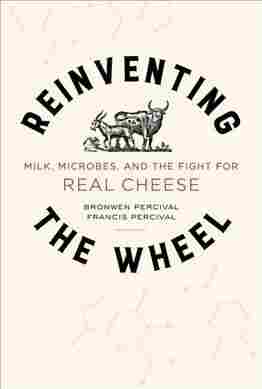 Milk, Microbes, and the Fight for Real Cheese

by Bronwen Percival and Francis Percival

Bronwen Percival: One of the things I love about science is that it really doesn't have a mind to change. Science is just a method for figuring out how things work. I would say that the regulatory structures that are responsible for managing cheese production are definitely coming around, based on some really interesting scientific research. Some methods that on the surface look pretty unhygienic are actually working with microbes in an incredible sophisticated and safe manner and make way for really interesting flavors.

Francis Percival: I think it's important that it's a mutual conversation based on scientific evidence on both sides. That neither side of the debate resorts to superstition, either in terms of "oh, raw milk is magic," or on the other side...

Bronwen Percival: " ... making cheese with surfaces that can't be sanitized is going to make people sick." Both of these are superstitious beliefs based on value systems rather than on hard facts.

Francis, as the lactose-intolerant co-author of a book about cheese who lives above one of the best cheese shops around, any advice for other sufferers who still want to enjoy good cheese?

Francis Percival: A glass of fresh milk fills me with terror, but fermented milk products are infinitely better. ... Hard, aged cheeses [can be practically] lactose-free. A piece of Parmigiano-Reggiano does not have any lactose left in it. For me, the great challenge is always ice cream – a fresh milk product which is delicious, but has unfortunate effects. Whereas cheese is something I can embrace and eat much more happily.

Jim Clarke is a journalist based in New York City who writes about beverages and food.

Read an excerpt of Reinventing the Wheel