Accessibility links
A Seedless Avocado May Be The Key To Reducing Hand Injuries : The Salt Apparently people are showing up in the ER with nerve injuries from improperly cutting the pit out of an avocado. So now there's a cute new seedless variety. 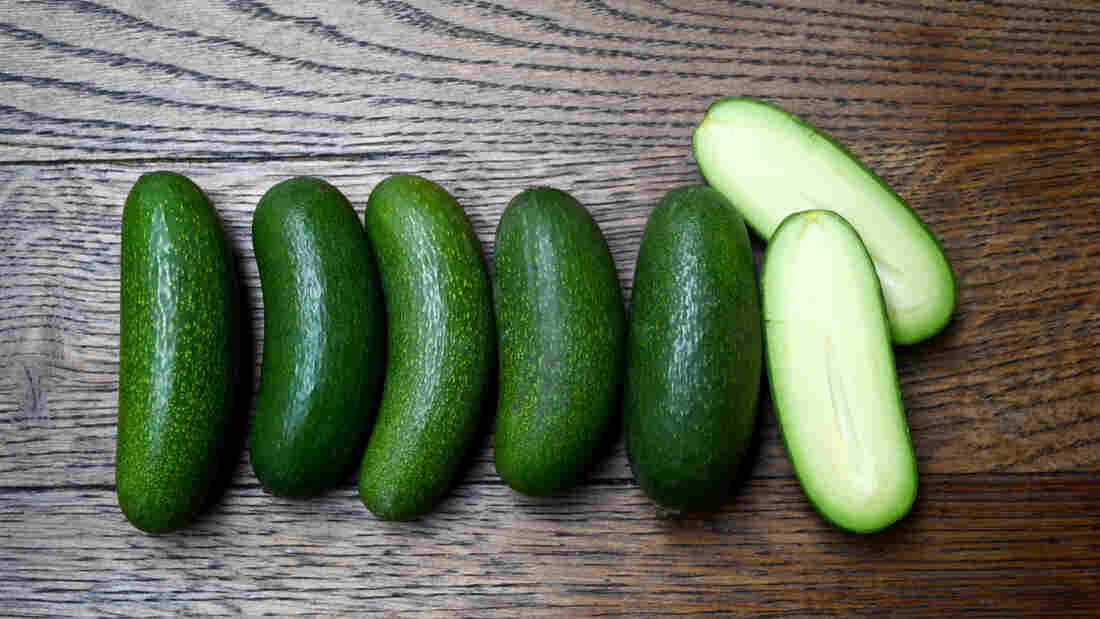 Cocktail avocados: adorable, seedless — safer for those who can't cut the kind with a pit? Maanvi Singh/for NPR hide caption 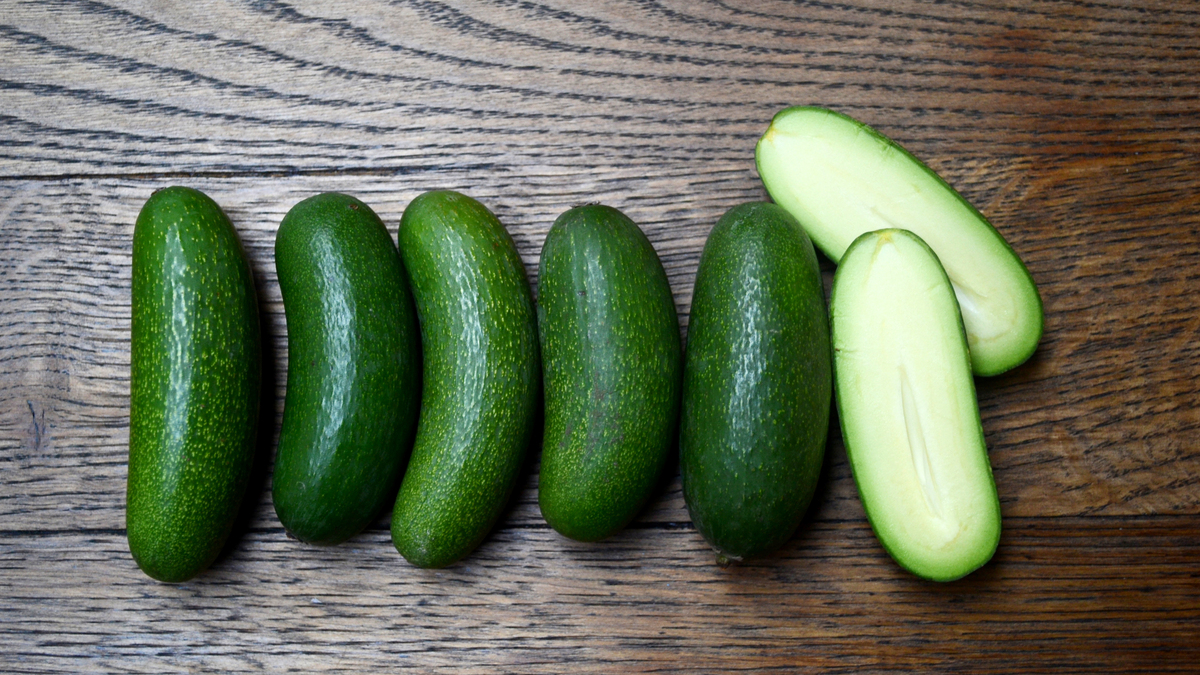 Cocktail avocados: adorable, seedless — safer for those who can't cut the kind with a pit?

Behold, the cocktail avocado. No, that's not a weird cucumber. It's the latest in avocado innovation, on offer at British retail chain Marks & Spencer.

According to an Instagram post from M&S itself, "It's the avocado you never knew you needed." That may be because the British press is promoting them as the answer to "avocado hand," the name surgeons have given to the particular body of injuries sustained while pitting an avocado.

As avocados grow increasingly popular, more and more people are apparently cutting themselves. While there aren't any official, global figures on how many people accidentally hurt themselves this way, anecdotal reports abound.

In the U.K., surgeons report increasing numbers of avocado-related injuries. And emergency rooms in London have reported surges in such accidents. "It's a heavy price to pay for an Instagrammable brunch," notes the Independent.

David Ward, president of the British Association of Plastic, Reconstructive and Aesthetic Surgeons, tells NPR: " 'Avocado hand' can result in surgery as a result of people causing serious nerve and tendon injuries. Such is the extent of this injury, it can require specialist reconstructive surgery, and at worse can leave you without full use of your hand, so it is a particularly concerning public health trend."

Ward says it is a more common problem than you would think, with plastic surgery units regularly treating patients with these injuries.

It's a big enough deal that earlier this year, Ward's group called for simple warning labels on avocados that advise people on how to cut them safely. Simon Eccles, secretary of the association and former president of the plastic surgery section of the Royal Society of Medicine, told The Times of London: "Perhaps we could have a cartoon picture of an avocado with a knife, and a big red cross going through it?"

In New Zealand, the Accident Compensation Corporation — a government body that provides financial compensation for citizens who've been injured — apparently paid out more than $53,000 to people hurt in avocado-related incidents.

And so the cocktail avocado comes to the rescue.

These mini-miracles are the result of unpollinated avocado blossoms, which develop into seedless fruit.

Unfortunately, they only grow in Spain, and they're only available in December. In a press release, M&S says the cocktail avocado is usually reserved for "chefs, to be used in top-end restaurants. This year M&S has been able to source a small number of the avocados exclusively."

I was one of the few, lucky nonchefs who was able to purchase a pack of six for £2 ($2.67). According to M&S, the whole fruit is edible, including the skin.

The verdict? Maybe avoid the skin unless you also enjoy the taste of orange pith or grass. It peels off easily by hand.

The rest of it tastes pretty good — just like a regular avocado, minus the tinny taste of blood.

If you're unable to get your hands on a cocktail avocado, see here for a good tutorial on how to cut up a regular one without slicing through your hand.