Accessibility links
Trump Administration Moves To Kill Rules For Organic Eggs : The Salt It's the latest Obama-era agriculture regulation to go on the chopping block. This one governs the treatment of animals on organic farms. But most organic farmers actually support the rule. 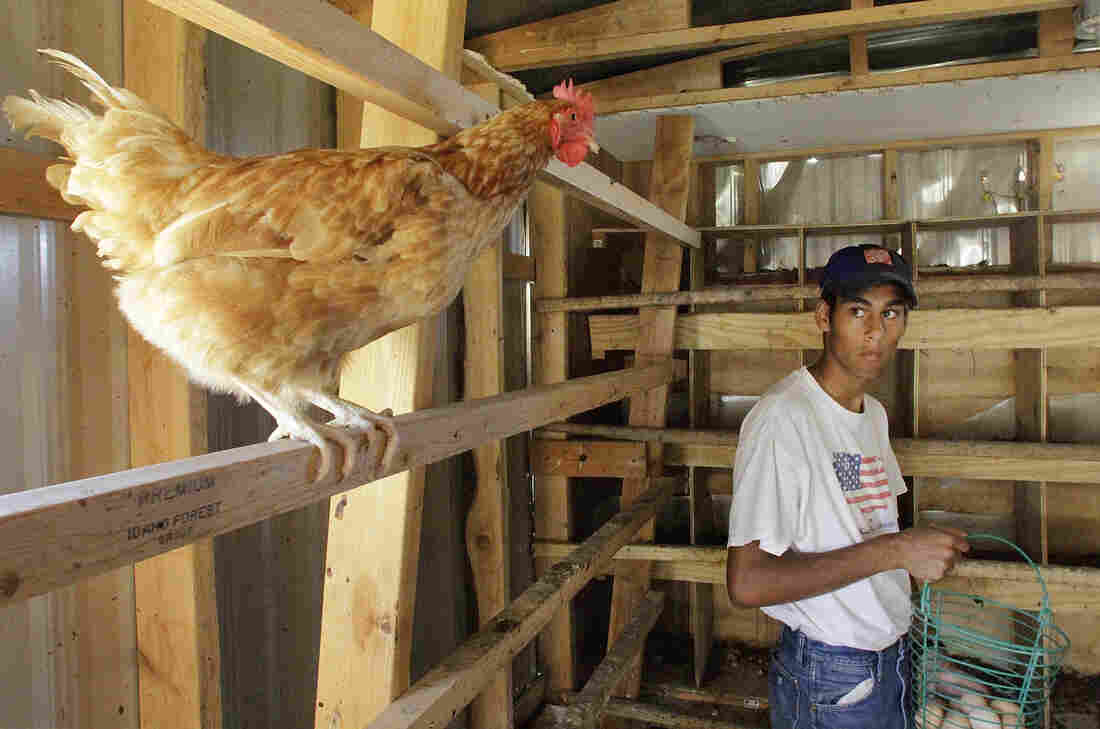 A free-range chicken perches on a post at an organic farm in Dawson, Ill. Seth Perlman/AP hide caption 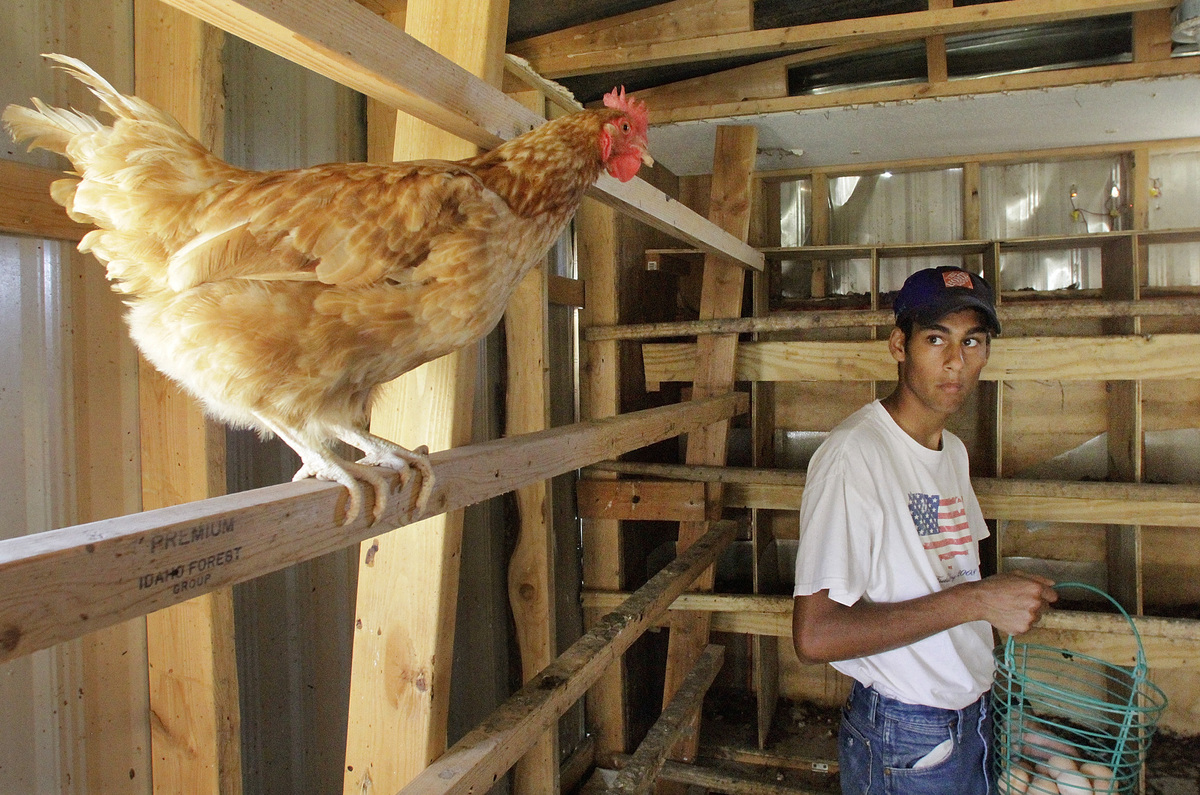 A free-range chicken perches on a post at an organic farm in Dawson, Ill.

The Trump administration has announced plans to withdraw a regulation that would have required organic egg producers to give their hens room to graze outdoors.

The move was widely anticipated; the U.S. Department of Agriculture has repeatedly delayed the date on which these regulations would go into effect. But organic advocates still reacted with outrage and promised to fight the decision in court.

It's an unusual situation, because in this case the demand for regulation is coming from the very organic farmers who would need to meet those new rules. But those farmers say those rules are needed to maintain a level playing field in the organic industry.

Current organic rules require animals to have "access" to the outdoors. The largest egg producers, however, have built chicken houses that hold tens of thousands of hens, and the hens have access to the outdoors only through small enclosed "porches." Under the new rules, finalized at the end of the Obama administration, these porches would no longer be adequate.

Those large egg producers have been fighting the new rules. They've been joined by some non-organic-farm groups — most prominently, the National Pork Producers Council — who see a threat in any federal regulation of animal welfare practices on farms.

Earlier this year, the U.S. Department of Agriculture put the rules on hold to study them. Now the administration says that it plans to withdraw the regulation entirely because it "would exceed USDA's statutory authority."

The Organic Trade Association, which represents organic food companies, condemned the move and says it will try to reverse it in court.