Accessibility links
'Bollywood Kitchen': A Celebration Of Indian-American Cuisine : The Salt A new cookbook aims to capture the blended cuisine of second-generation Indian-Americans. It pairs recipes with Bollywood movies, for an added taste of home. 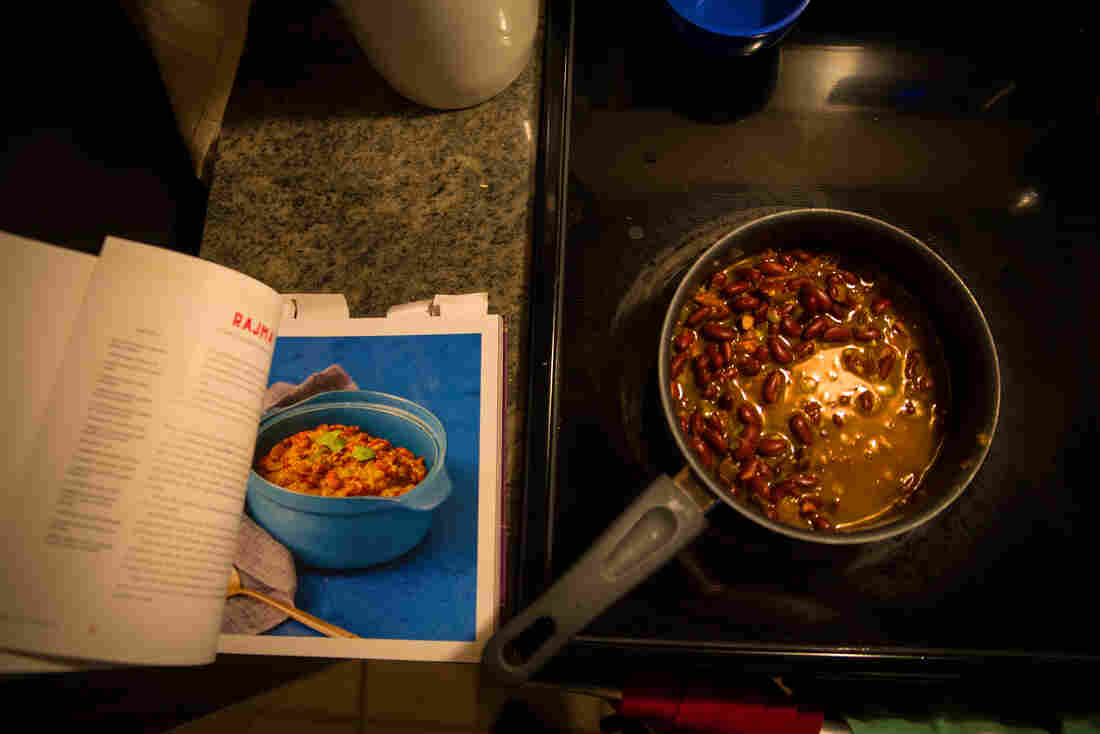 A pot of rajma, a bean stew from the north of India, cooks on the stove. It's one of the recipes included in the new cookbook Bollywood Kitchen. Josh Loock/NPR hide caption 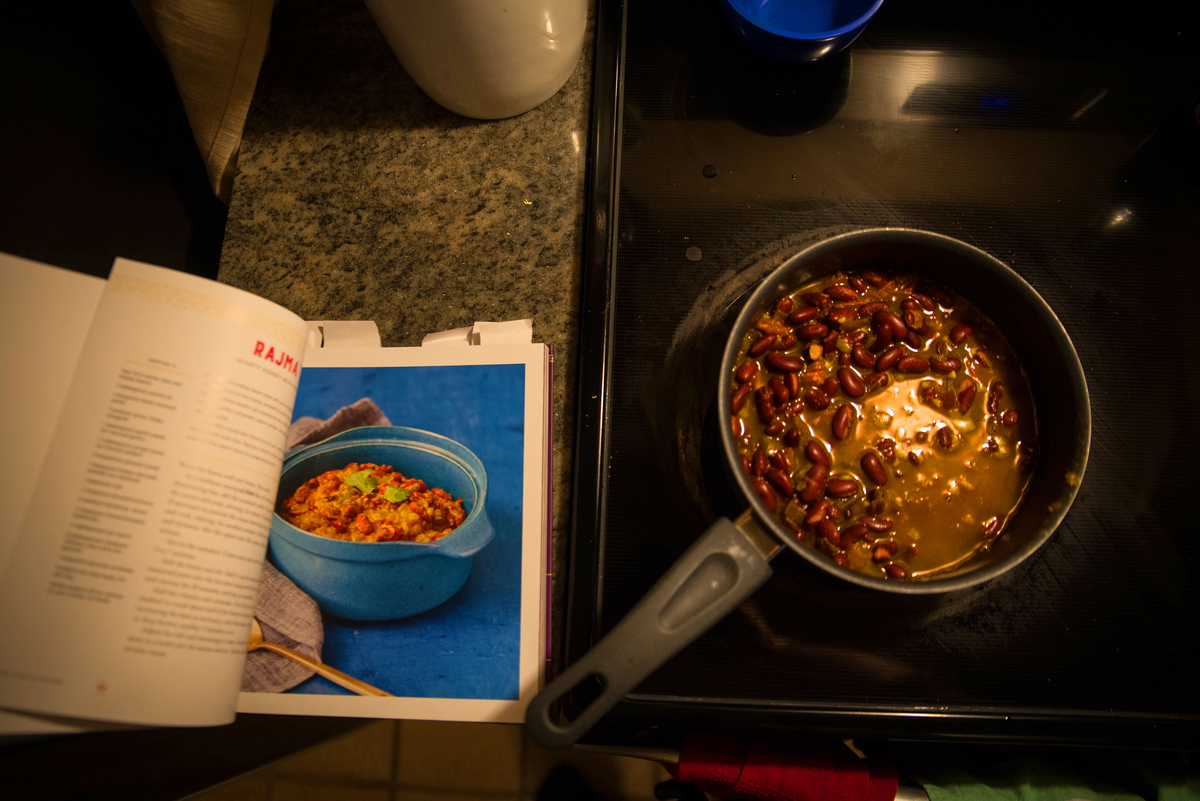 A pot of rajma, a bean stew from the north of India, cooks on the stove. It's one of the recipes included in the new cookbook Bollywood Kitchen.

As an Indian-American, I don't immediately associate Bollywood films with food — mostly because the characters in many Bollywood movies are too concerned with dance numbers and melodrama to be bothered by what's for dinner. So, when I came across the new cookbook Bollywood Kitchen, I feared it might have been written by someone who knew nothing about Indian culture and only a bit about Bollywood, "curry" and naan.

Luckily, I was dead wrong. The book was, in fact, made exactly for me — a second-generation Indian-American who is intimidated by the thought of making Indian food herself. Author Sri Rao says he wrote this book based on his experience growing up in America as a brown kid.

"I was really telling the story of how I grew up and how these films connected me to a motherland I never knew," Rao says.

Full disclosure: Rao is not a chef. He's a screenwriter for American television and has produced and written for Bollywood films, too. Rao was born and brought up in Mechanicsburg, Pa., where he was one of the few people of color in town. He says, even today, his identity can be confusing at times. 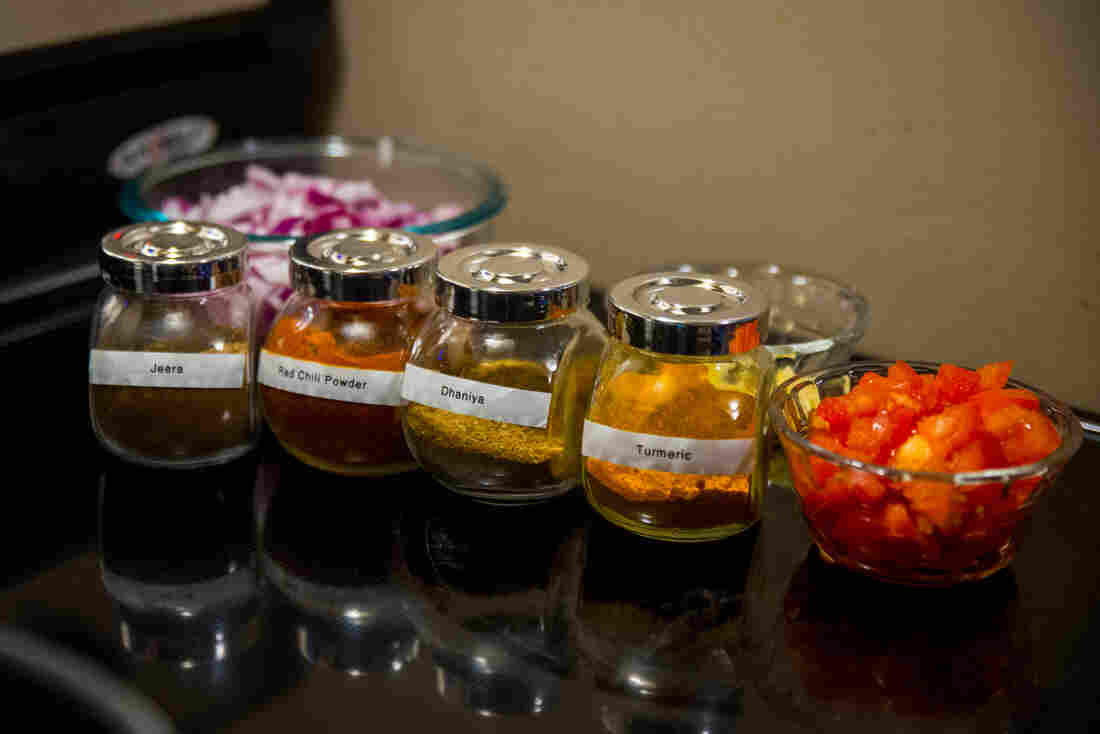 "I feel like I'm very adamantly American in my identity, but at the same time, I appreciate my cultural roots in terms of being Indian-American," he says. "And I'm always looking for ways to bring those two things together."

Like Rao, my identity as a hyphenated American has been confusing. I grew up in suburban Georgia, craving Chik-fil-A and Waffle House. But now, as a 23-year-old living on her own, far away from home, I find myself missing mom's deep-fried pakoras and hot tomato chaaru with rice. I live near an Indian restaurant that serves dishes like chicken tikka masala (which isn't really Indian, by the way). Nevertheless, I find myself walking past it every day, just to catch a whiff of familiar smells and spices.

The book features recipes from all over India, like rajma, a bean stew from the north, and dosa, a savory crepe from the south, alongside classic American recipes like butternut squash soup and pan-roasted Brussels sprouts. That's a nod to the many second-generation Indian-Americans, myself included, who grew up with both cuisines, dipping our American grilled cheese sandwiches in Indian tamarind chutney. Rao says that's exactly the point of this book. 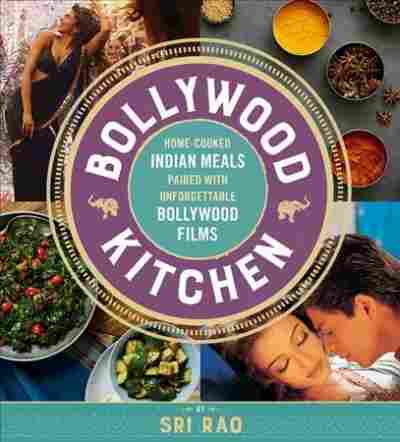 "We didn't have access to Indian grocery stores when I was younger, so my mom made do with the ingredients she could find at the local supermarket," Rao says.

Take one recipe, keema, which he calls "a textbook example of American assimilation." It calls for lamb, but his mom used hamburger meat along with Hamburger Helper.

What's The Difference Between A Curry House And An Indian Restaurant?

While sifting through recipes in this book, I stopped on mixed vegetable kura -- a dish central to my family lore. When my dad came to the U.S. as a teen, his family didn't have a lot of money. "I came to the United States with only a few coins in my pocket," he would exclaim at dinner. Because frozen bags of mixed vegetables are one of the cheapest things you can buy at the grocery store, my dad bought these bags and made mixed vegetable kura to save money and eat healthfully. Today, he makes my siblings and me eat it at least once a year to remind us that our family came from meager means.

Mixed vegetable kura has sentimental value, but it's not exactly my favorite dish. So, for my first foray ever into cooking the cuisine of my forebears, I decided to prepare a dish I actually wanted to eat: baingan bharta. This Punjabi eggplant dish is comparable to an Indian baba ghanoush. (And one of my favorites!)

My apartment was soon filled with smells of warm cumin, ginger and coriander. Afraid I didn't get the recipe right, I hesitantly tasted a bit of the bharta while it was on the stove. To my delight, it tasted just like my mom's cooking. My mom used to make this dish on school nights after coming home from work. She knows I like it, so every time she makes it, she puts a little extra on my dinner plate.

To complete the experience, I decided to pair my dinner with a movie. I chose Lagaan, an iconic Bollywood film about India under British colonialism. But, I wasn't able to sit through the 3 1/2-hour film, so I watched Stranger Things instead. Yep, it's the Indian-American dream.