Accessibility links
Advent Calendars Now Offer Treats For Grown-Ups : The Salt Food and beverage companies are trying to boost their holiday sales by tempting adults to buy versions of the Advent calendar that carry boozy, meaty and salty Christmastime treats. 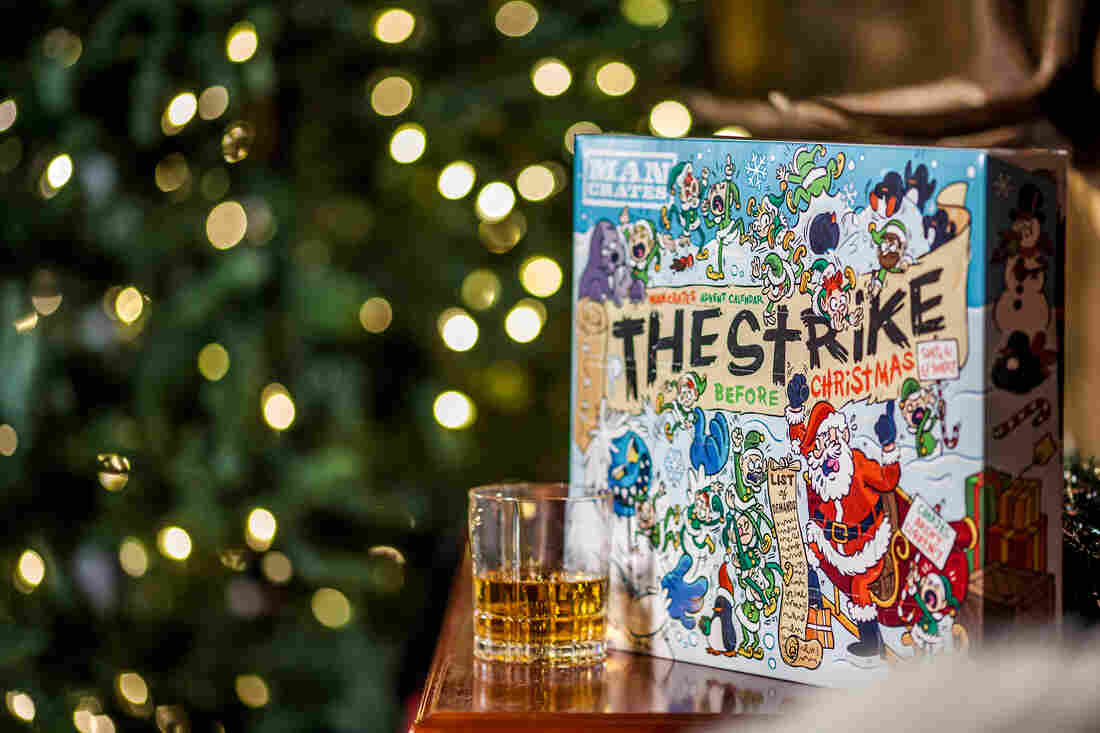 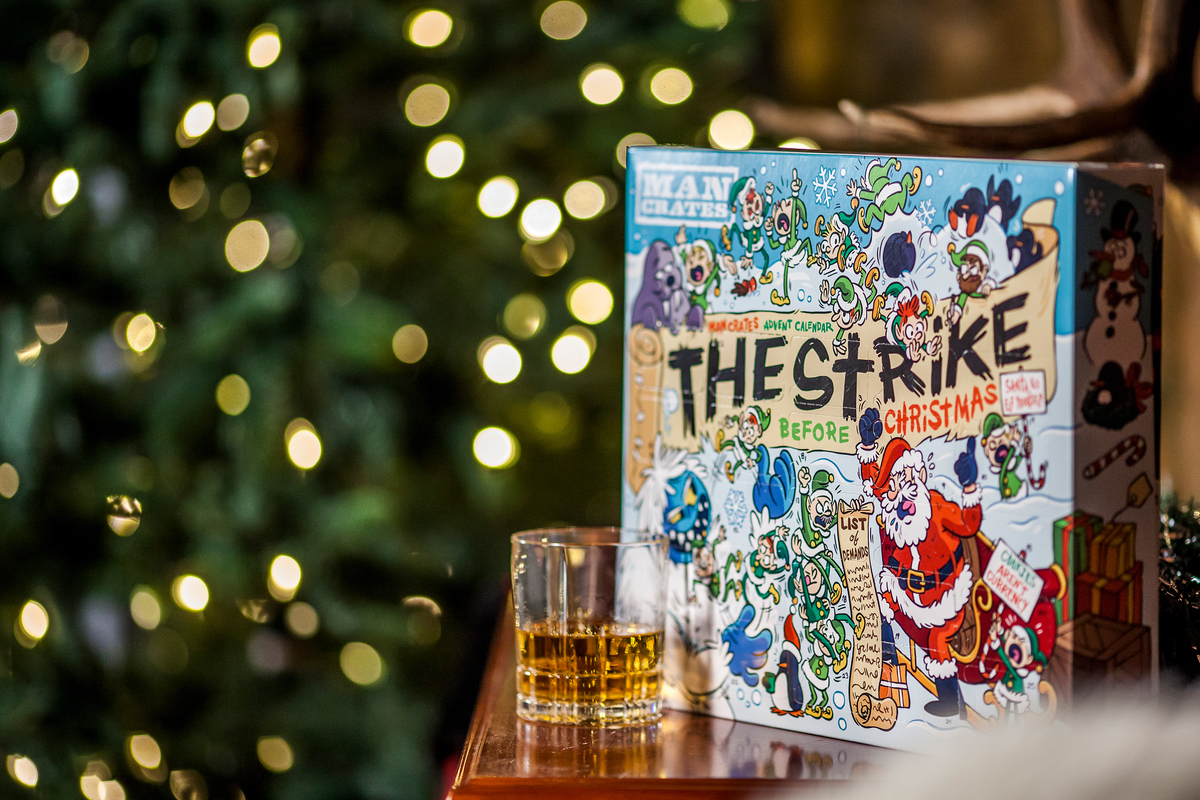 A new wave of Advent calendars offers adults a variety of foods and beverages, including Pringles, beef jerky, vodka and gin.

For kids who celebrate Christmas, there is something irresistible about an Advent calendar. In households where treats are doled out sparingly, knowing that you'll be getting one chocolate a day for 24 days in a row feels like a kind of miracle.

But eventually, those kids grow into adults who can buy their own candy whenever they want and the traditional Advent calendar loses its childhood appeal.

So food and beverage companies are trying to tempt more adults into buying Advent calendars by making modern, grown-up versions that contain everything from Pringles and chocolate-covered Brussels sprouts to samplers of vodka and gin.

"It's got that nostalgia factor," says Chase Ishii, creative lead at Man Crates, which makes a calendar filled with beef jerky and other treats. When the company debuted its calendar in 2016, Ishii says, it loved the idea of putting a spin on such an old tradition.

And unlike most gifts, which get opened within a few minutes, people with Advent calendars display them for nearly a full month and often open them as a family. This year's model even contained a story that could be read in parts each night because many customers said they wanted to share the experience with their kids.

This may actually be the most fun gift I’ve ever been given. A Spirits Advent Calendar from @heritagedistilling !! Honestly, it sets me up for a drink challenge every night! For 24 nights!! And these are good spirits, guys! Tonight I opened up magical door number 4 to reveal a sample bottle of their coffee vodka. Admittedly, I’m not a huge vodka drinker. My first reaction was to go girly on this one... BUT I decided to stay true to myself and make a serious version of a coffee manhattan. Y’all... it’s good. . Up All Night New York 1.75 coffee vodka .5 Ancho Reyes .25 Fernet Vallet .25 sweet vermouth 2 dashes @scrappysbitters Cardamom bitters 2 dashes Bittermans xocolotl mole bitters Garnish with cardamom pods . . . . . . . . #mommymixology #heritagedistilling #coffeevodka #manhattancocktail #wintercocktails #adventcalendar #coffeecocktail #craftcocktails #mixology #mixologist #drinkstagram #instacocktail #cheers

These grown-up Advent calendars are popular enough that many users regularly post on social media videos or photos that show the big reveal. For people gifting the calendars from afar, watching the receiver's excitement unfold in photo and video — learning which whiskey was the favorite or whether someone dropped their coffee-flavored vodka into a glass of eggnog — is a way to connect.

Though the Advent season has existed since the fourth century, it wasn't until the 1800s that German Protestants started using calendars as a way to count down to Christmas. The original Advent calendars might have been little more than ticking off chalk marks on a door or lighting candles. But in the early 1900s, someone had the brilliant idea of selling paper Advent calendars; doors were added in the 1920s.

"Advent calendars are supertrendy and popular right now," says Hannah Hanley, the chief marketing officer at Heritage Distilling. Its distillery opened in Washington state in 2012, and the company came up with the idea of bottling airplane-size shots of its booze and tucking them into a calendar two years later.

Workers had to specially make and design boxes; packing each bottle into the right day is a feat of logistics. Yet it's worth it, says Hanley. "Our goal is to turn any customer into a repeat customer for us," she says. This year, Heritage made 10,000 calendars, which required bottling a quarter of a million tasters to fill up the 24 days of the calendar.

Alcohol seems to be particularly popular for these calendars. Advent calendars are no-brainers for companies like Vinebox or Drinks by the Dram, businesses based around selling sample sizes of wine and spirits, respectively. Vinebox started selling its calendar in 2016, the same year it opened for business.

Drinks by the Dram, which was founded in 2010, took a few years before adding Advent calendars to its line. Today, it has 25 versions, from a $100 vodka sampler to an $11,000 calendar of "very old and rare" whiskeys. According to global brand manager Adam Wyartt, it has a lot of repeat customers who might buy the gin version one year and then the tequila one the next.

Brands like Bonne Maman jams and preserves or David's Tea are also now making their own Advent calendars.

So far, these calendars seem to be good for business. It's a way to give customers just enough of a taste of a jerky or gin to make them want to buy even more of it.