Accessibility links
America Eats And Imports More Spice Than Any Other Country Can That Change? : The Salt Buying local fruit, vegetables and meat has become increasingly popular in the United States, but we still import most of our spices. Some say homegrown spices are a growth opportunity for farmers.

Americans Love Spices. So Why Don't We Grow Them?

Americans Love Spices. So Why Don't We Grow Them? 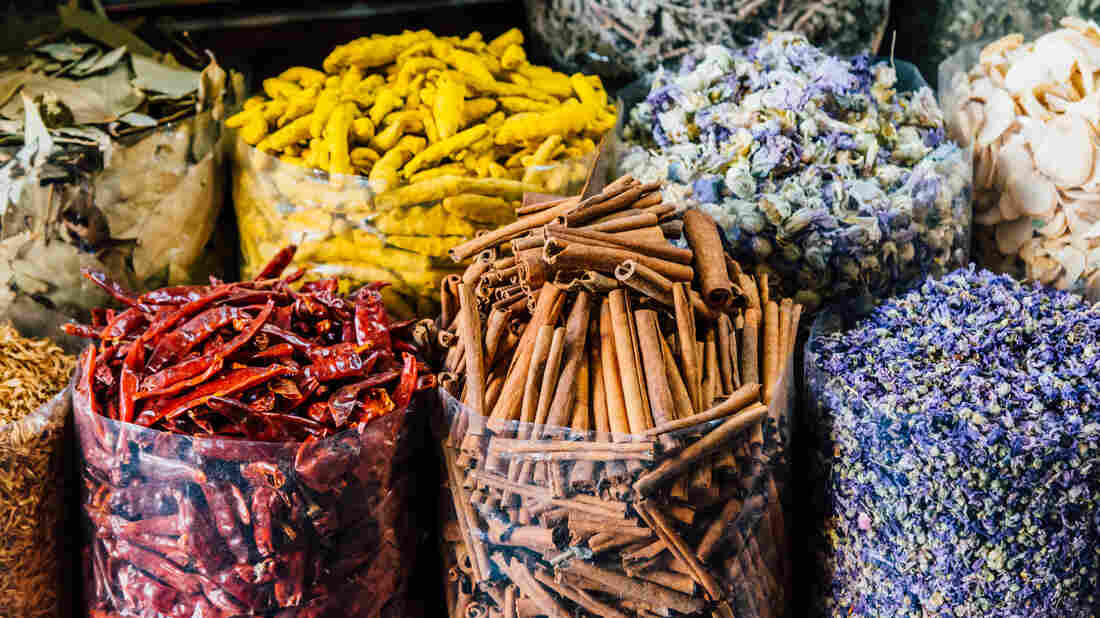 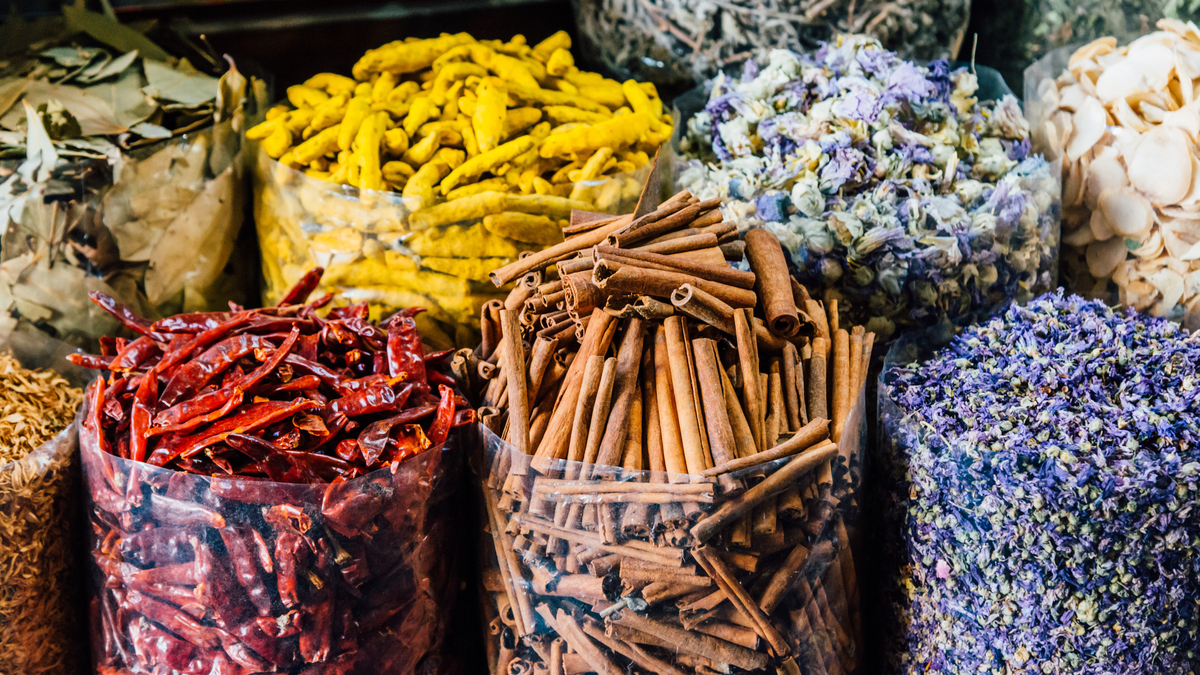 The United States leads the world in spice consumption, but also in spice imports.

Nutmeg, cinnamon and cloves are probably ramping up in importance in your spice cabinet right about now — the classic flavors of the winter season. But while you might be shopping for local ingredients for your favorite recipes for eggnog or maple-glazed ham, the odds are that the spices you're using were imported from the other side of the world.

Lior Lev Sercarz thinks spices should be local, too.

As owner of La Boite, a spice store in Manhattan that creates blends for chefs and home cooks, Lev Sercarz travels far and wide in search of the best spices. "Spices tell the story of the world," he says. "There's a reason why good spices are good — they are the flavors of the regions that they come from and they also support that economy."

Nowhere is the demand for spices more evident than in the United States, which leads the world in both consumption and imports. A U.S. Department of Agriculture report showed that Americans have dramatically embraced spices over the past 50 years: Per capita spice consumption in 1966 was 1.2 pounds annually, while that figure more than tripled by 2015 to 3.7 pounds.

Clearly, Americans think spice is nice, but how robust are our taste buds? Vanilla beans, pepper — black, white and chili — sesame seed, cinnamon, mustard and oregano are the most common spice imports in the U.S., and there has been an uptick in cumin, paprika and turmeric in recent years. Lev Sercarz sees a public that is gaining appreciation for an expanded menu of global foods, from Indian to Korean to Ethiopian, but it comes at a cost.

"We don't really grow spices in the United States," says Lev Sercarz. "Not because we can't, but because big agriculture is more focused on things like corn and soybeans. So we import from other countries and we pay a price for that."

One example is sesame seeds: Despite the fact that we do actually grow some sesame seeds in the U.S., they are primarily grown for export, so we remain one of the world's top importers of sesame seeds. Think about that the next time you breakfast on a sesame seed bagel.

Cheryl Deem, executive director of the American Spice Trade Association, has some doubts about the possibility of growing more kinds of spices in the U.S. "Most spices are grown outside of the U.S. because they require tropical or subtropical climates in which to grow, which for the most part cannot be found in the U.S. It's really a practical matter."

She points out that dried chili peppers are grown in the Southwest and dehydrated onion and garlic are grown in California and Oregon, although recent California droughts have affected garlic production, giving Chinese garlic growers an edge.

Lev Sercarz disagrees somewhat, noting that coriander, mustard, ginger, galangal and paprika are all crops that should be able to grow and thrive in the U.S.

And a group of researchers in Vermont certainly thinks that there's at least one spice crop that American farmers might want to consider growing: saffron.

Margaret Skinner, an entomologist and research professor at the North American Center for Saffron Research and Development at the University of Vermont, believes that crop diversification is essential to the survival of small family farms. So she and her colleagues have been active in developing ways for farmers to grow saffron.

"This is a very high-value crop that is harvested in the late fall, when much of the field work is done for many farmers, especially those growing vegetables," Skinner says. "Spice production is a natural extension from traditional vegetable production and is likely the most logical way it will be increased."

After attending a University of Vermont Extension meeting last winter, Patti Padua, who owns Cobble Creek Nursery in Monkton, Vt., with her husband, John, was enthusiastic about giving saffron growing a try.

"We purchased 2,500 corms [bulbs] from Holland and planted them in beds in late August of this year. Our first harvest was this October," she says.

That harvest was a bit of a disappointment, with a yield of about 150 stigma (the part of a plant where pollen germinates), but Padua is undaunted. "There was a learning curve on drying, and I think we finally got it right by using a food dehydrator, where we can dry at a low temperature. Harvesting went well and the processing is a pleasant and doable task."

She thinks the income potential is worth the trial and error, especially because there isn't a big investment up front and the dried saffron is easy to store.

While Padua says that she has quite a few retired women friends who are interested in helping to process the next saffron crop, which could be in the range of 2,500 flowers whose stigmas have to be hand-plucked, ASTA's Deem stresses that labor costs are probably a major factor in why spice farming has never taken off in the U.S.

Lev Sercarz, however, thinks there's a market, pointing to the Espelette region of southwestern France as a model for how a spice can have an important economic impact on a community.

"The Espelette pepper is not native to France," says Lev Sercarz, "but when farmers started to grow it there, it took on the properties of the area, producing a pepper that is beautiful, fruity, citrusy, with nice heat. They use it to cure hams in the Basque region and it became very famous."

With no local oversight, the crop began to suffer from insects and pesticides. So farmers got together to determine best growing practices and successfully lobbied in 2000 for AOC (appellation d'origine contrôlée) status, which clearly defines where and how certain foods can be grown.

"The farmers understood that there could be a potential problem in the future if they didn't develop standards for growing the Espelette," Lev Sercarz says. "And now that one pepper is responsible for 30 percent of the economy in that region."

That 30 percent statistic is what he hopes might draw the interest of American farmers.

"There's good money in spice farming," he says. "Why should the dried basil I buy at the grocery store be grown in Israel? There's no reason we can't produce that here."