Accessibility links
Are Gummy Bear Flavors Just Fooling Our Brains? : The Salt Color really does impact our perception of taste — even if the ingredients are otherwise the same, scientists say. It's something candy companies use to their advantage. 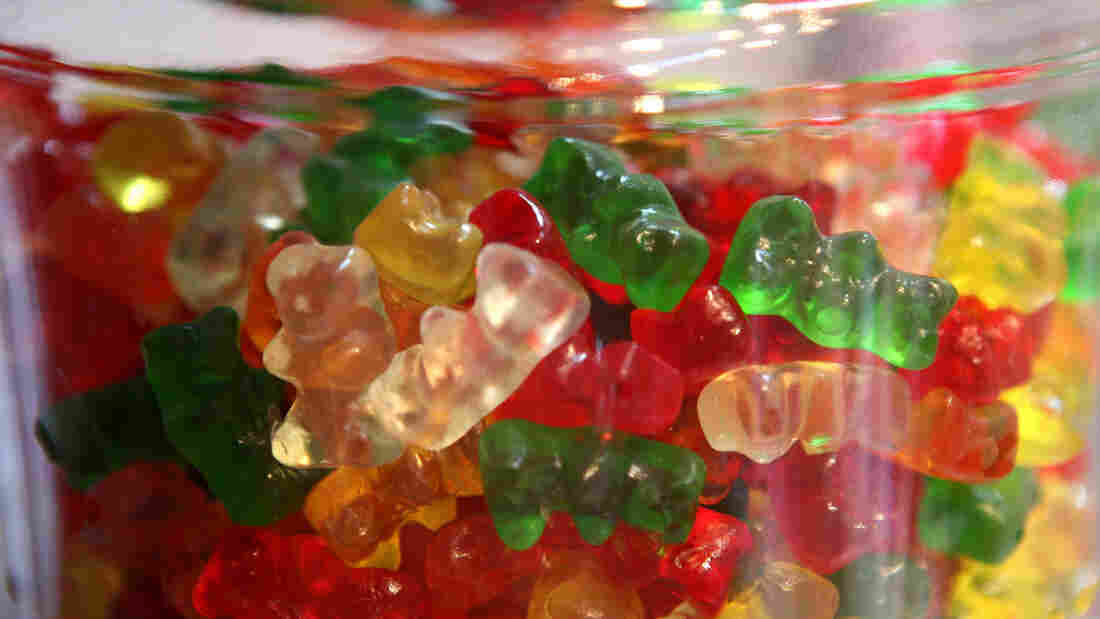 Color really does impact our perception of taste — even if the ingredients are otherwise the same, scientists say. It's something candy companies use to their advantage. Justin Sullivan/Getty Images hide caption 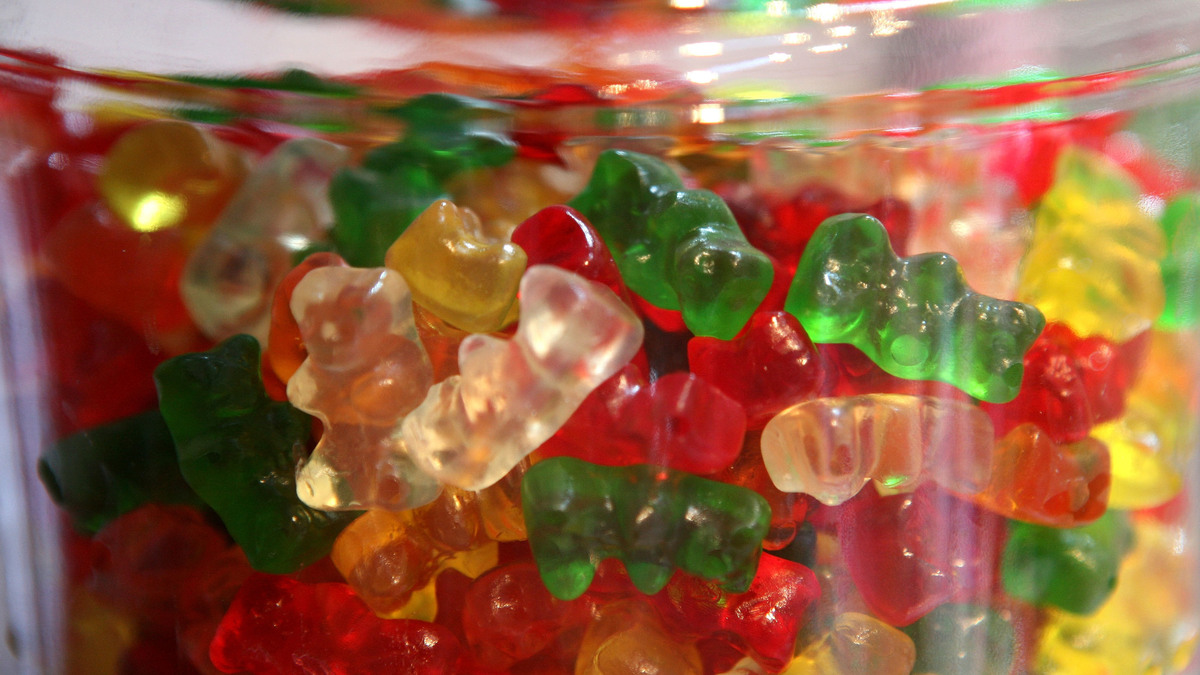 Color really does impact our perception of taste — even if the ingredients are otherwise the same, scientists say. It's something candy companies use to their advantage.

Fun fact about the newsroom at WFPL, the NPR member station in Louisville, Ky., where I work: It is fully stocked with lots of candy. Mini-chocolate bars, peanut butter cups, Jolly Ranchers — the list goes on and the candy bowl is constantly being refilled.

Then last week, a gigantic bag of gummy bears appeared. Which led to this question from our digital editor, Jonese Franklin: "Do gummy bears really come in different flavors, or do we just think they taste different because they are different colors?"

The newsroom was split on the answer, so we conducted a highly unscientific experiment — a blind taste test.

And while initially the question seemed kind of silly, several people played along and once they closed their eyes, their accuracy in differentiating the flavors majorly declined.

It turns out this phenomenon is something that real scientists are studying, too — and something big candy companies have counted on for years.

Don Katz is a Brandeis University neuropsychologist who specializes in taste. "I have a colleague in the U.K., Charles Spence, who did the most wonderful experiment," Katz says. "He took normal college students and gave them a row of clear beverages in clear glass bottles. The beverages had fruit flavorings. One was orange, one was grape, apple, lemon."

Spence, who is also the author of the 2017 book Gastrophysics: The New Science of Eating, says he has "always been interested in how the senses affect one another" and conducted the experiment because "there is perhaps nothing more multisensory than flavor perception."

According to Katz, the college students did a great job of differentiating between the flavors of the clear liquid.

So, the grape-flavored liquid was then colored orange, for example.

"While I wouldn't say they went to chance, their ability to tell which was which got really subpar all of the sudden," Katz says. "The orange beverage tasted orange [to them]. The yellow beverage tasted like lemonade. There wasn't a thing they could do about it."

It was so powerful that even when Spence told the students that it was his job as a scientist to mess with the conditions and asked them to just tell him what they tasted without considering the color, they still couldn't do it.

Spence says there is a lot of ongoing scientific interest in the topic of how color impacts our perception of flavor and a lot of unanswered questions — specifically, how soon after you encounter a food does its color affect the way you perceive its taste?" Do they, for instance, change the very earliest processing of taste in primary taste cortex, in the way that words have been shown to (as when someone tells you that this drink is going to be very bitter)?" he in a follow-up email.

But according to Katz, the impact color on taste is something candy companies definitely know.

"And while I don't usually talk about gummy bears, what I like to talk about is Skittles," Katz says. "The Skittles people, being much smarter than most of us, recognized that it is cheaper to make things smell and look different than it is to make them actually taste different."

Katz continues: "So, Skittles have different fragrances and different colors — but they all taste exactly the same."

How 'Foodies' Were Duped Into Thinking McDonald's Was High-End Food

Katz says this works because our brains are used to processing certain sensory cues together. For example, our brains associate the color yellow, a lemon smell and a slightly acidic taste with each other. When you're offered two of these three sensory cues, your brain will fill in the blanks.

"There are some fruity candies in which they do specific flavorings in different ones; higher-end gummy bears actually do taste different," Katz says. "But yeah, a lot of candy companies have figured out this is just a way to save money."

For reference, when I reached out to Haribo, a candy company known for its gummy bears, I got an email back from vice president of marketing Keith Dannoff. It said:

"I can't speak for all gummy bears products but I can definitely tell you that the HARIBO Gold-Bears gummy bear products in the US contain 5 distinct flavors: Strawberry, Lemon, Orange, Pineapple and Raspberry. "

This means the green gummy bear – the one that everyone, myself included – kept identifying in our unofficial taste test as watermelon or green apple, is actually strawberry-flavored; which serves as one example of how big candy companies haven't quite figured out our brains yet.

Ashlie Stevens is an arts and culture reporter with member station WFPL in Louisville, Ky. A version of this story first appeared on WFPL's website.