Accessibility links
Soaring Popularity Of Grass-Fed Beef May Hit Roadblock: Less Nutritious Grass : The Salt Since the mid-'90s, levels of crude protein in the plants, which cattle need to grow, have dropped nearly 20 percent, and it may just be a matter of time before prairie grasses can't support grazing. 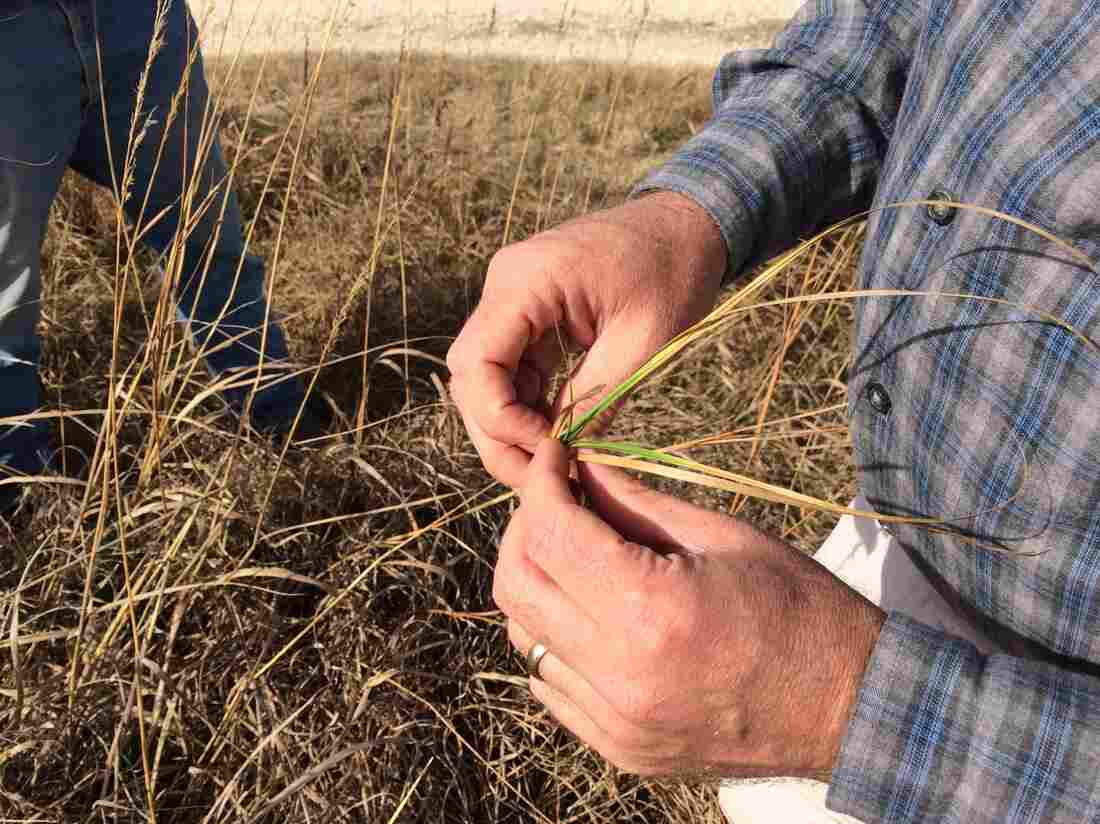 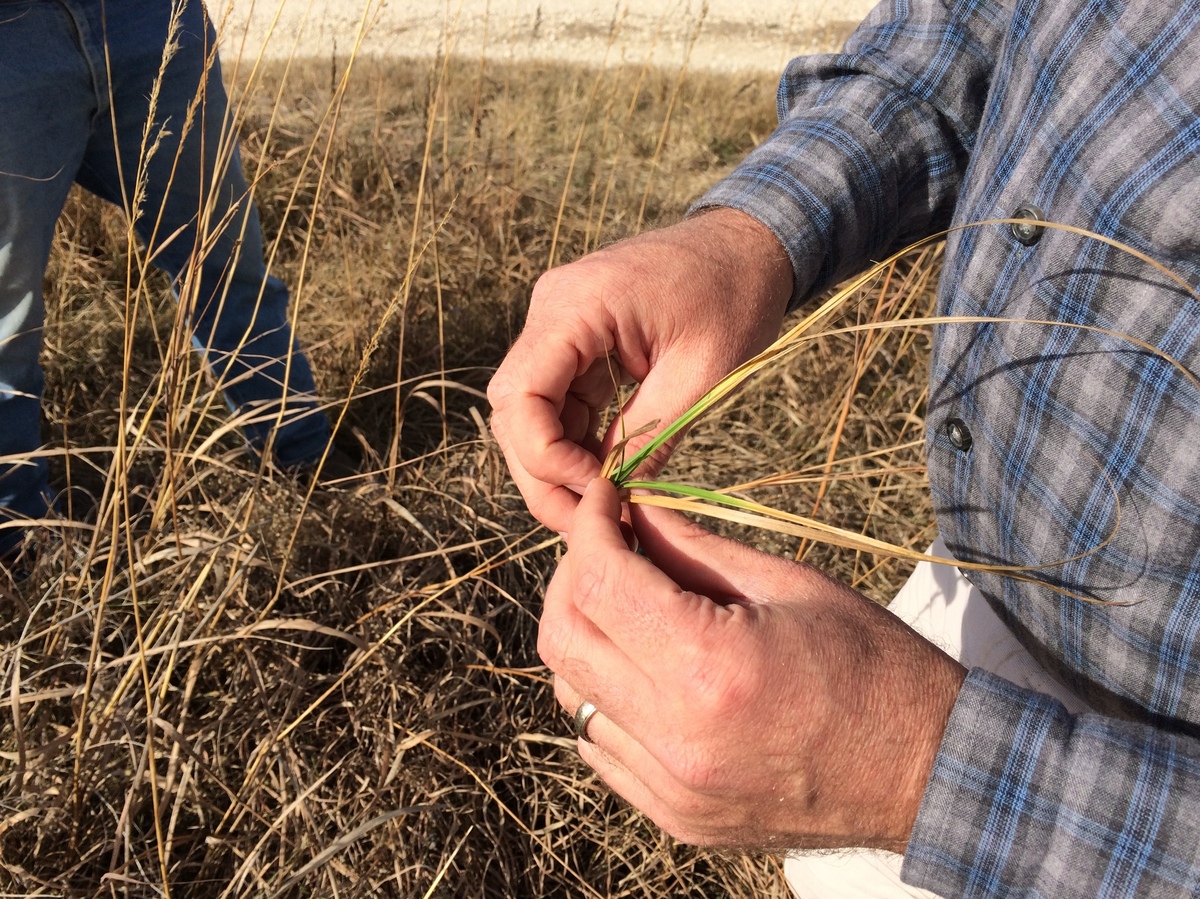 A few years ago, Kansas City restaurateur Anton Kotar surveyed the local and national restaurant scenes and concluded his town's reputation as a steakhouse paradise had slipped.

The problem, he says, is the way conventional beef is raised – bulked up with grain on feedlots, making it cheap and plentiful and changing what Americans expect to taste.

"I think some of our best steakhouses chased the quality of the beef to the bottom," Kotar says. 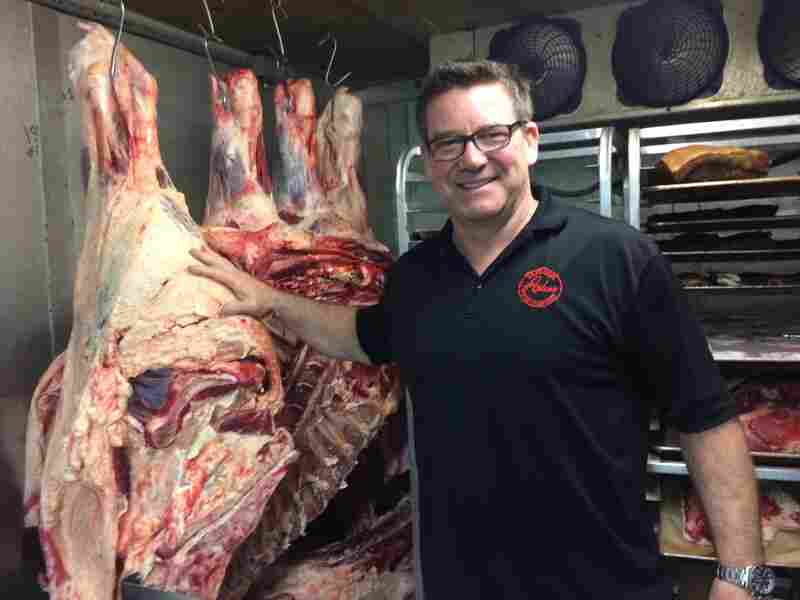 In a meat locker in the basement of his Kansas City restaurant, Anton Kotar show off the sides of grass-fed beef that become the steaks he features on his menu. Alex Smith/Harvest Public Media hide caption 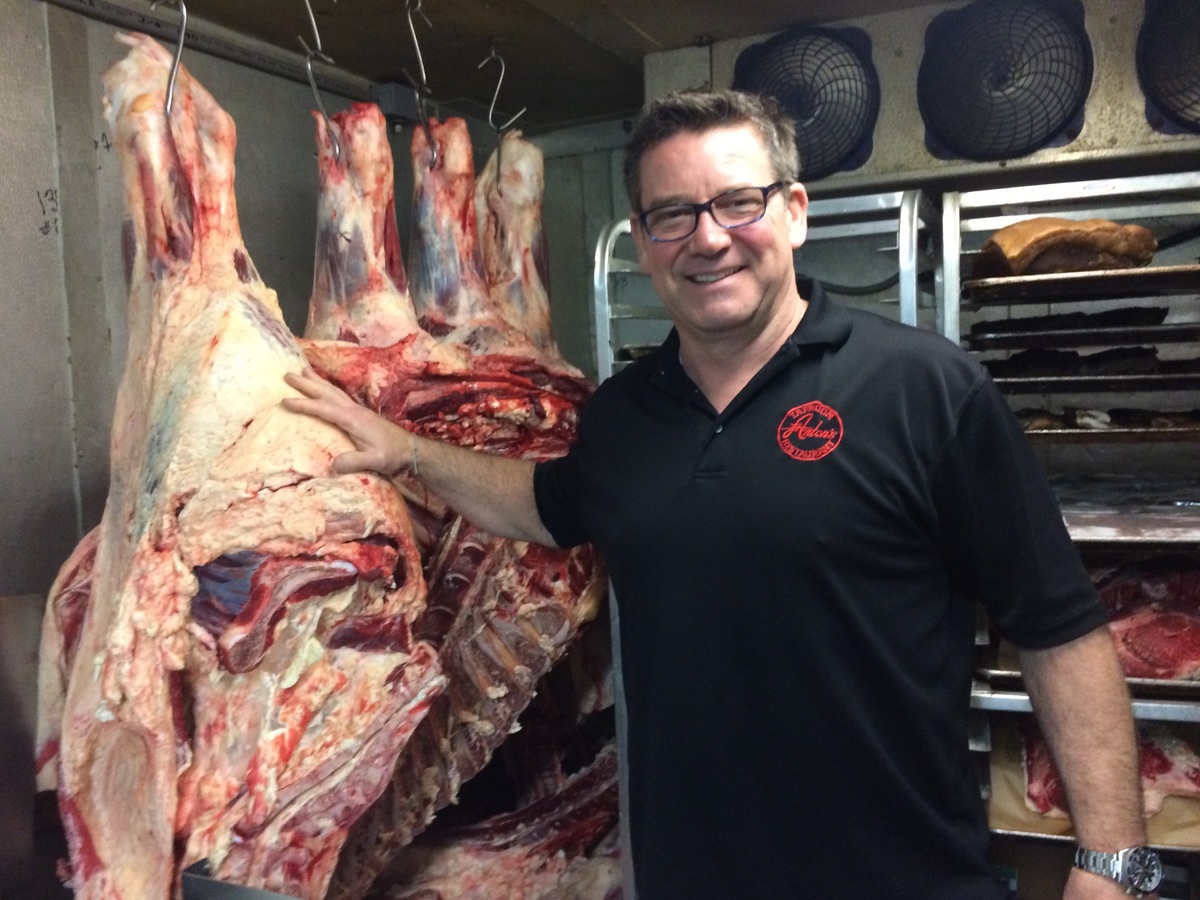 In a meat locker in the basement of his Kansas City restaurant, Anton Kotar show off the sides of grass-fed beef that become the steaks he features on his menu.

So, he opened a steakhouse that's focused on bringing grass-fed steaks to tables — meat he and a skyrocketing segment of beef consumers believe is both healthier to eat and healthier for the environment. But if the idea that more grass equals better steaks is true, there's trouble on the prairie that could affect cattle nutrition and the already-high price of the valued cuts of meat.

One hundred and twenty miles west of Kansas City, researcher Joe Craine kneels in the Tallgrass Prairie National Preserve to grab a handful of grasses.

From the road, this looks like an unbroken wave of green. A close look at Craine's hand shows a variety of grasses, a small sample of the preserve's hundreds of different species.

The prairie is so diverse, in fact, that to study it, Craine and researchers from Texas A&M University don't actually study the plants themselves. They study poop, collected between 1994 and 2016 everywhere from Texas to Kansas to Montana.

"Somewhere on the order of 50,000 cow pies got shipped to Texas for this study," says Craine, who co-owns Boulder, Colorado-based Jonah Ventures.

What he's found is a trend in the nutritional quality of grasses that grass-fed cattle (and young cattle destined for grain-heavy feedlots) are eating. Since the mid-90s, levels of crude protein in the plants, which cattle need to grow, have dropped by nearly 20 percent.

"If we were still back at the forage quality that we would've had 25 years ago, no less 100 years ago, our animals would be gaining a lot more weight," Craine says.

Craine thinks part of the problem may be related to moving cattle to feedlots. When cattle are taken from the prairie, their manure, which delivers nutrients into the soil, is removed.

But he has a sneaking suspicion that rising carbon dioxide levels in the atmosphere are contributing as well. Increased CO2 levels have been linked to fewer nutrients in plants like rice, wheat and potatoes.

Craine thinks this may be happening on a large scale in the prairie, and that it's just a matter of time before prairie grasses simply don't have enough protein to support grazing.

"Pretty soon you're at the point where the protein concentrations are too low for too long a period for the animals to gain any weight," Craine says.

It's an idea that Jerry Voleski, a professor and range and forage research with the University of Nebraska-Lincoln, is a bit skeptical of.

"It is an interesting hypothesis," Voleski says.

He says he's unsure about studying manure for nutritional trends, and instead favors a method that takes samples of what cattle are eating directly from their digestive system.

But he thinks Craine may have a point about rising carbon dioxide levels: The more carbon dioxide, the bigger the plant, but the amount of nitrogen, which makes plants nutritious for cattle, doesn't change.

"On a native rangeland or grassland, nitrogen is the nutrient that is the most limiting," Voleski says. "There just seems to be enough to get by with each year."

Craine hasn't made an official determination of why nutrients in grasses are dropping, but if the trends he has noticed continue, beef producers may need dump huge amounts of nitrogen across the Great Plains.

Extreme measures might be necessary, considering how quickly demand is growing for grass-fed beef. Sales have soared from $17 million in 2012 to $272 million in 2016. And industry analysts say grass-fed beef could make up 30 percent of the market within 10 years.

Feeding that demand, however, could be a lot more complicated — and expensive — if prairie grass' nutrient problems aren't solved.