President Trump thanked America's farmers for their political support on Monday and unveiled a plan designed to help revive fortunes in struggling rural areas. At the same time, the president is pursuing trade and immigration policies that could be harmful to farmers' bottom lines.

In a speech to the American Farm Bureau Federation in Nashville, Tenn., Trump took note of farmers' role in the economy and social fabric of the country. 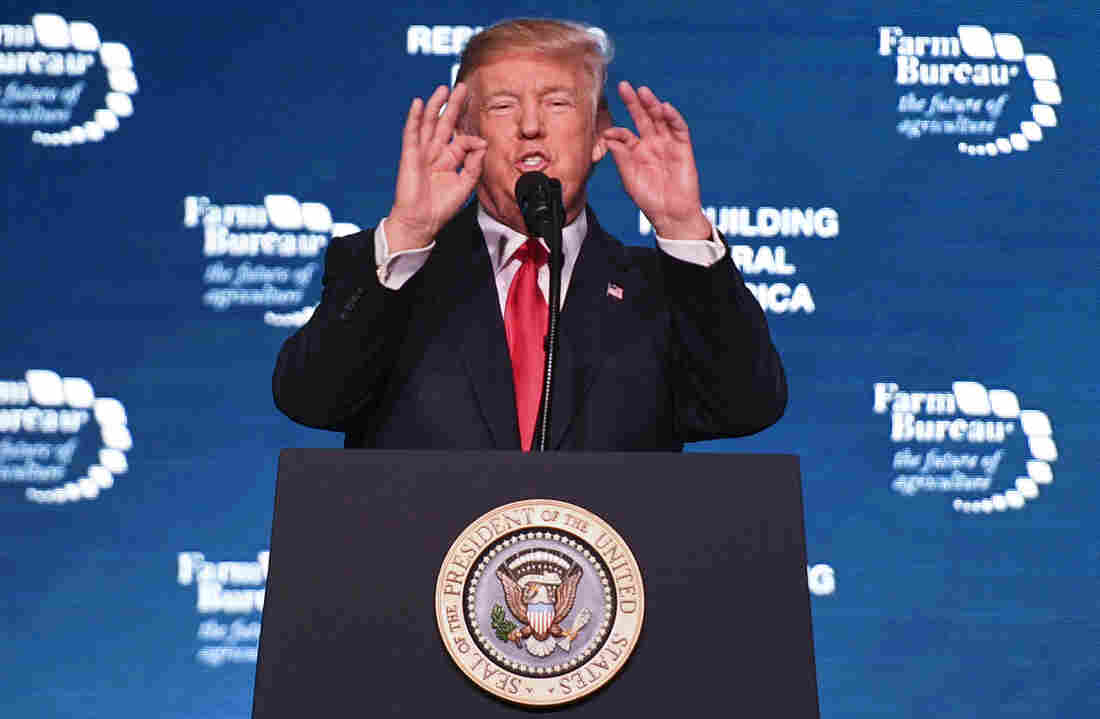 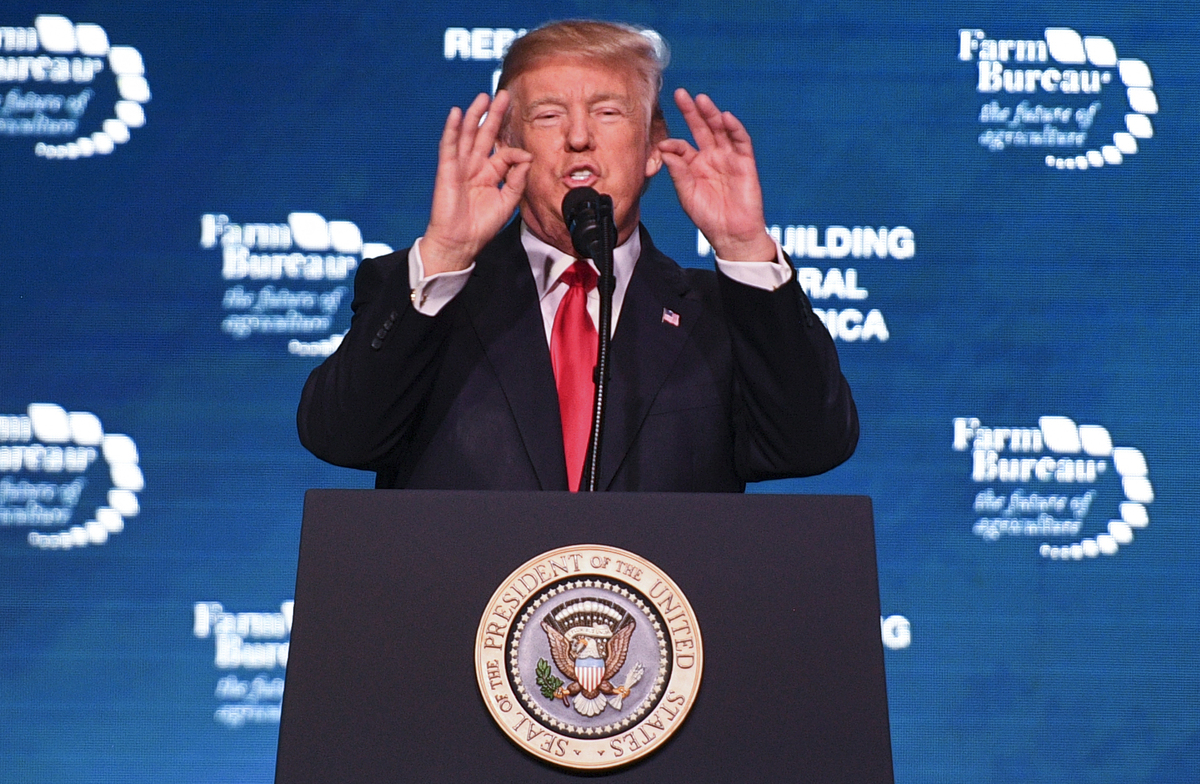 It was a friendly audience. Exit polls in 2016 found Trump had broader support among rural voters than in cities and suburbs. The GOP share of the vote in rural areas was 9 percent higher that year than in 2008 — a margin that helped propel Trump to his Electoral College victory.

Farm income has suffered in recent years from sagging commodity prices. Net farm income in 2017 was up modestly from the previous year, but still only about half what it was in 2013.

"While other sectors of the American economy have largely recovered from the Great Recession, rural America has lagged in almost every indicator," according to the president's new task force report.

The White House insists that can be turned around.

"I think what we often see communicated about rural America is that there are these isolated pockets of despair that are beyond hope or recovery," said Ray Starling, a special assistant to the president for agriculture. "That's not what we believe."

The task force makes a number of recommendations, beginning with improved broadband service. According to the FCC, 39 percent of rural Americans lack access to high-speed Internet service, compared with just 4 percent of people in cities.

"What many people don't understand in urban areas," Perdue said, "is that when you have rural areas with no connectivity, that's a sociological impact as well."

Private companies often find it unprofitable to extend costly broadband service to lightly populated parts of the country. The federal government hopes to encourage that investment by streamlining the permit process and allowing antennas to be mounted on government towers. Similar suggestions were made during the Obama administration.

Trump touted the $1.5 trillion tax cut he signed in December, which doubles the size of estates that can be passed on to heirs tax-free.

"From now on, most family farms and small-business owners will be spared," Trump said, "and it really is the word punishment of the deeply unfair estate tax, known as the 'death tax,' so you can keep your farms in the family." Even with the earlier exemption of $5.5 million, fewer than 100 farms were affected by the estate tax each year.

"As we put money back in the pockets of all Americans, including our farmers and ranchers, we are also putting an end to the regulatory assault on your way of life," he said.

With some exceptions, farmers have generally applauded the administration's moves to curb regulation. But they worry about the crackdown on illegal immigration, since many farmworkers are undocumented. And farmers are deeply at odds with the administration's trade policies.

The Farm Bureau was counting on a big Asia-Pacific trade deal to boost exports to Japan and other markets. But Trump withdrew from that agreement in one of his first acts as president. He has also threatened to scrap the North American Free Trade Agreement.

In Monday's speech, Trump said, "On NAFTA, I am working very hard to get a better deal for our country and for our farmers and for our manufacturers. It's under negotiation as we speak."

Perdue reportedly helped persuade the president not to cancel NAFTA back in April by showing Trump a map of states that would be hardest hit. Many of those were states that Trump had carried.

The USDA Rolled Back Protections For Small Farmers. Now The Farmers Are Suing

"The president has a New York style of negotiating that believes unless you're willing to walk away from a deal you're not going to get the best deal," he said. "I've got confidence he will at the end of the day have a great deal for American farmers and the American economy."