Accessibility links
Fiji Farmers Change How They Plant Crops For A Warming World : The Salt As the Pacific island archipelago of Fiji faces a warming planet, the country's farmers are turning to more climate-resilient techniques that other storm-prone communities worldwide could model.

After Devastating Cyclone, Fiji Farmers Plant For A Changed Climate

After Devastating Cyclone, Fiji Farmers Plant For A Changed Climate 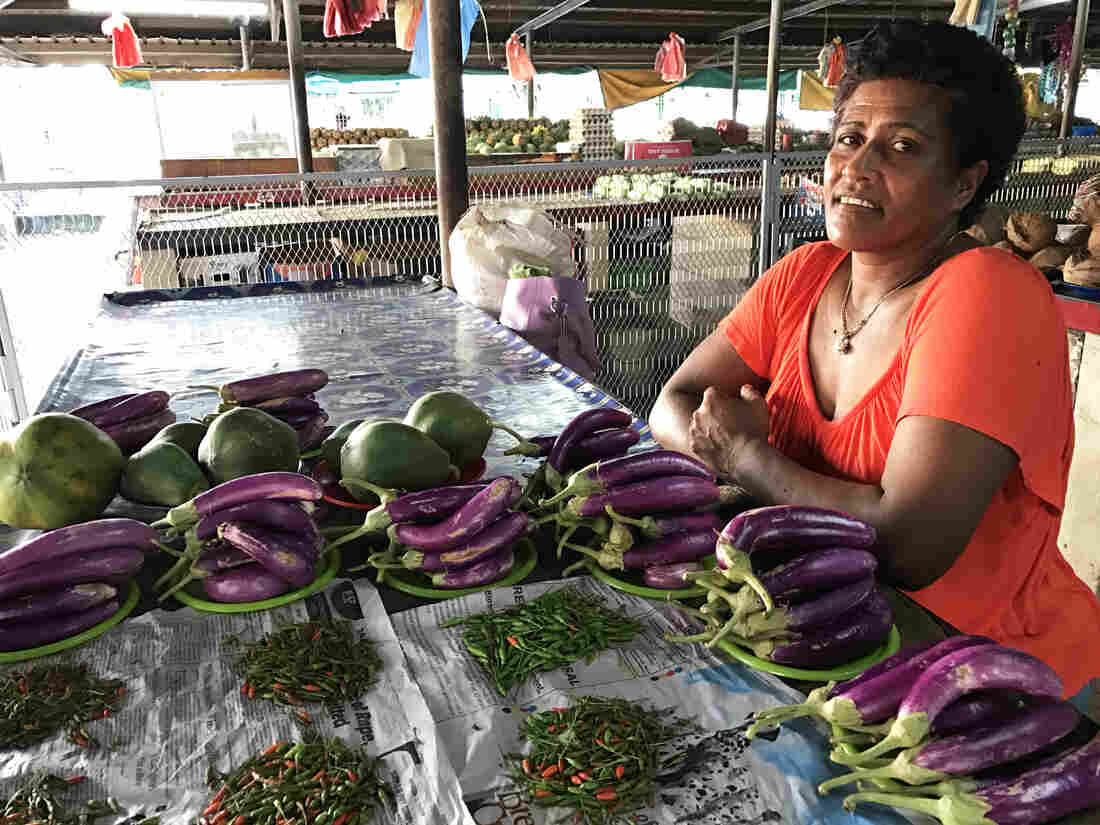 Farmer Adi Nacoba began diversifying her crops and spreading out plantings after a cyclone destroyed her farm in 2016. Sonia Narang hide caption 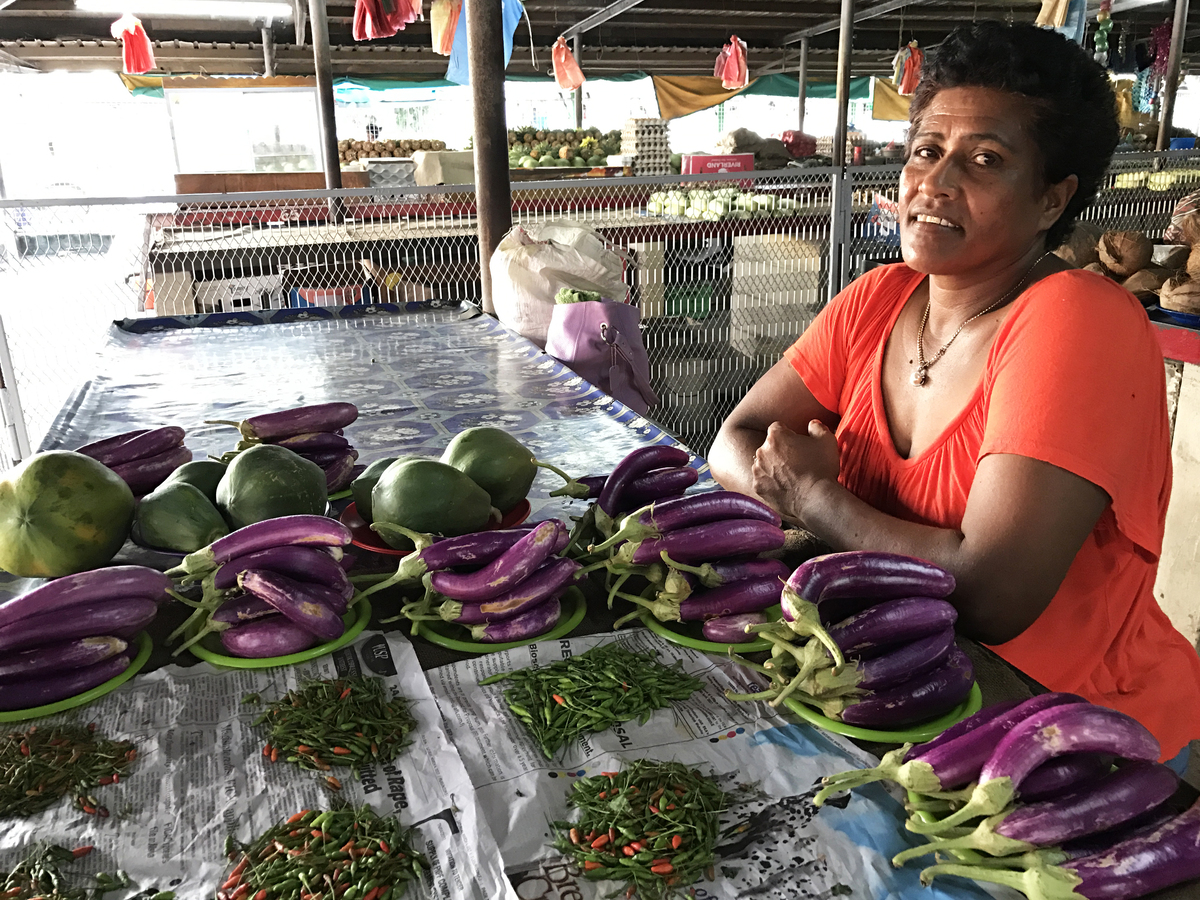 Farmer Adi Nacoba began diversifying her crops and spreading out plantings after a cyclone destroyed her farm in 2016.

Inside a bustling market in the north coast town of Tavua on Fiji's largest island, farmer Adi Alesi Nacoba stacks her produce of the day. She carefully lays out eggplants, chilies, and papayas at her newspaper-lined table.

The Tavua Municipal Market is a large, warehouse-like space with long rows of vendors competing fiercely for customers' attention. A few Indian-Fijian customers wander from the street towards her booth, and Nacoba, an indigenous Fijian, greets them in Hindi. She manages to sell them a pile of her green and red chili peppers, a popular ingredient for Indo-Fijian cooking.

A former policewoman in her late 40s, Nacoba switched to farming about five years ago to be her own boss and earn money daily instead of waiting for bi-monthly paychecks. Then, in February 2016, the most powerful and destructive cyclone ever recorded in the Southern Hemisphere struck Fiji's islands. According to the United Nations, the storm destroyed more than 30,000 homes and displaced more than 150,000 people.

Cyclone Winston, a Category 5 storm, wiped out entire villages, including Nacoba's. Powerful 200 mph gusts of wind blew the roof off her home and left her farm in shambles. "Everything I planted, it was all gone," Nacoba says. "My farm was all gone."

Even after the cyclone passed, the rain did not let up, leading to flooding, major landslides and soil erosion. Scientists say warmer ocean temperatures in the South Pacific are creating more intense storms and flooding. Low-lying islands like Fiji's face some of the most severe effects of climate change. As the country begins to feel these effects, farmers there are re-thinking how they plant. 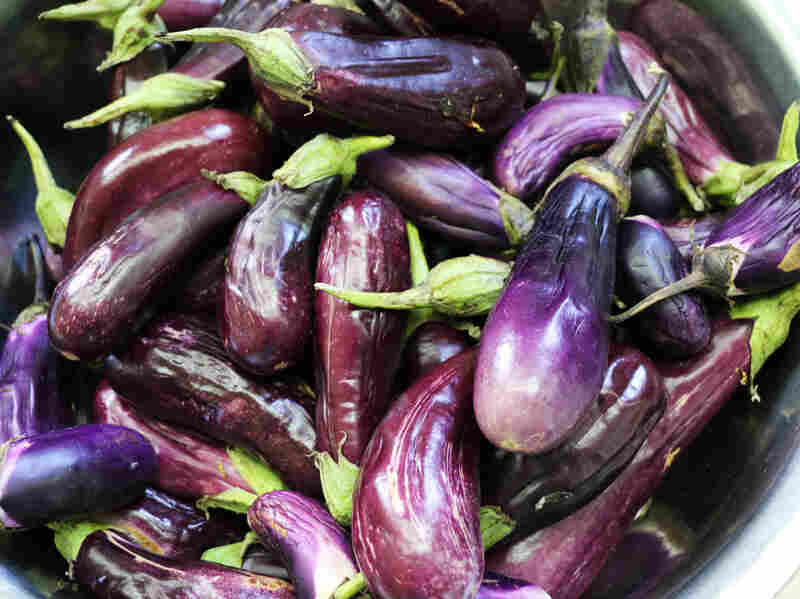 A selection of eggplant for sale at the Tavua Municipal Market in Fiji. Sonia Narang hide caption 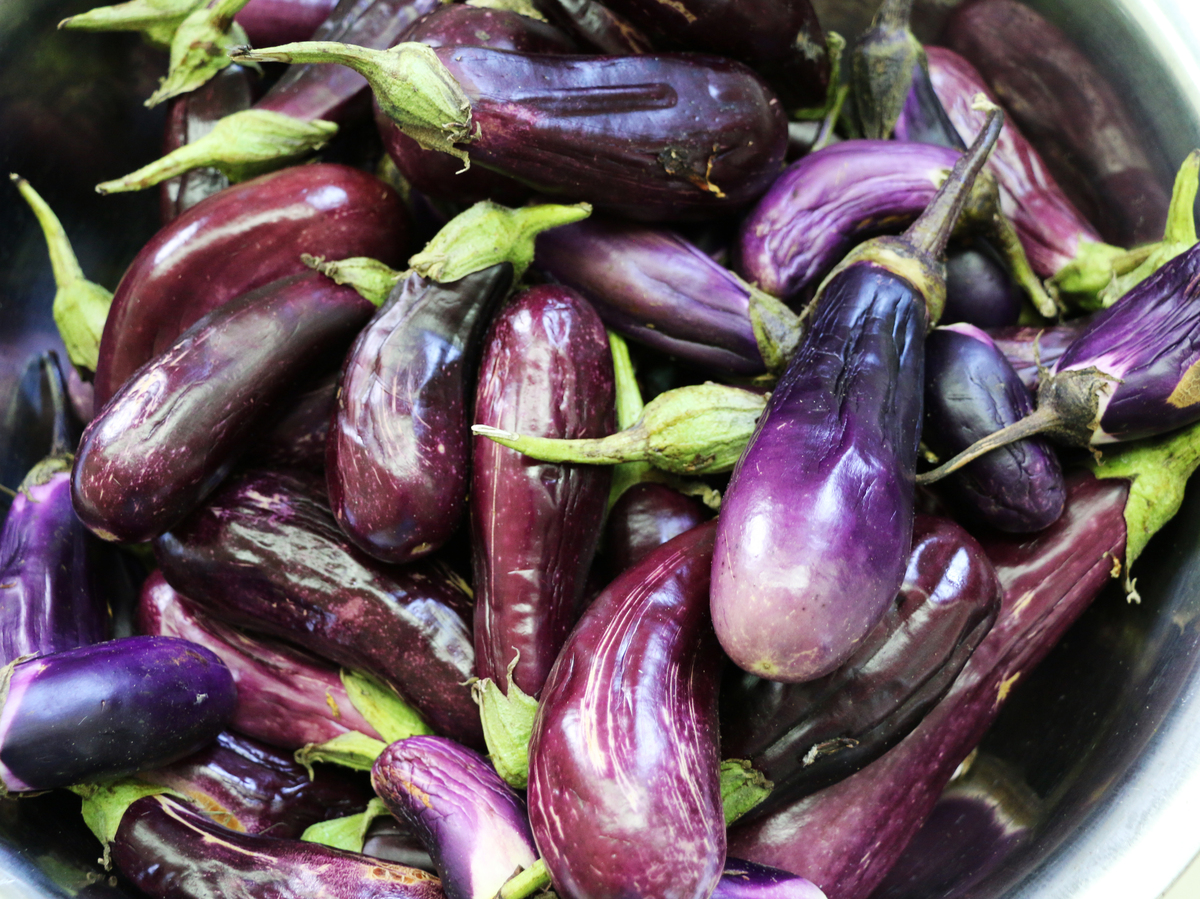 A selection of eggplant for sale at the Tavua Municipal Market in Fiji.

After the storm and flooding passed, Nacoba spent the next six months getting her farm back in shape. As she rebuilt, she adopted climate-resilient techniques she learned about after attending workshops led by the United Nations Women Markets for Change program.

Planting a variety of crops is essential to climate-smart farming, says Vikash Kumar, a Fiji-based agricultural coordinator with the UN Development Program. "Farmers are considering a triple-layered integrated farming system with some short term crops of three to four-month maturity, medium term crops such as taro and cassava, and long term crops," Kumar says.

Despite the expert's fancy-sounding description, this technique is actually an ancient Fijian farming method. Farmers are also going back to older varieties of the popular root crop taro, which can grow more easily in a harsh climate.

They are learning to adapt in other ways, too. Nacoba now staggers the planting of various crops and keeps meticulous planting records. "I never did that before, but now I record the date that I sow the seeds, and I plan out when to harvest each one," she says. "I've changed everything I do."

Kumar says it's much better for farmers to save their seeds rather than planting all of them at once. "They must plant in phases, so that if extreme conditions happen, they do not lose huge amounts of crops," he says. "Small phased planting also ensures that seeds are not wasted, and there's enough seeds left for quick planting after disasters."

Farmers are not only banking seeds, but also banking money in this new era of climate unpredictability. At Tavua market, local farmer Vasenai Ralulu took it upon herself to set up a co-op banking system for her fellow farmers.

"When I came to know that some of them are not banking, but putting their money at home, I explained they can keep aside some money in a safe place," Ralulu says. "Especially with climate change or cyclones or floods, they know that the money put inside the bank is safe for them."

Sandra Bernklau, a regional specialist with UN Women in Fiji says she's seen the rise of savings clubs after the cyclone. "I know that a lot of women farmers are saving more. They're much more conscious of having some money in the bank when things go wrong," she says.

As India's Climate Changes, Farmers In The North Experiment With New Crops

Another new development is terrace farming, which involves planting on the gentle slopes of hills, by creating a gradual staircase or terraces. It allows farmers to grow at different elevations.

"Everybody recognizes that disaster is a fact of life for us. It's very much in our face, and we can't turn around," Kiran says. As farmers continue learning how to harvest in a quickly changing climate, their adaptations offer a model for other storm-prone communities worldwide.

Even veteran farmers at the market are beginning to adapt. Sugarcane farmer Sushil Gounder says sugarcane has passed down through her family for generations, from her grandparents all the way to her granddaughter. But excessive flooding and rising waters on her family's six acres of coastal farmland have deluged her crop.

"Half of the land is in the seawater," Gounder says. "We have dug a drain, but now the drain is full. When it is high tide, all the water rises to a high level."

So she's been relying on a back-up garden, where she grows eggplant, tomatoes, and chilies. Agricultural expert Kumar says this is a smart move — a "food bank for disasters," he says.

As the Tavua market wraps up for the day, Nacoba packs up her leftover produce after a long, hot day of slower-than-usual sales. But she'll get right back to work on her farm at 7 a.m. tomorrow.

"I have to stand on my own two feet, I have to plant," Nacoba says. "Since God gave us two hands and two legs to work and earn a living, I have to do that."

Sonia Narang is a journalist based in Los Angeles. Follow her on Instagram @sonianarang. This story was reported with support from the International Women's Media Foundation.