Accessibility links
Behind The Genius Of Guinness, Ireland's Most Popular Tourist Attraction : The Salt Dublin's Guinness Storehouse is a cross between a museum and a marketing campaign, and an homage to the history and taste of the world's best-known stout. 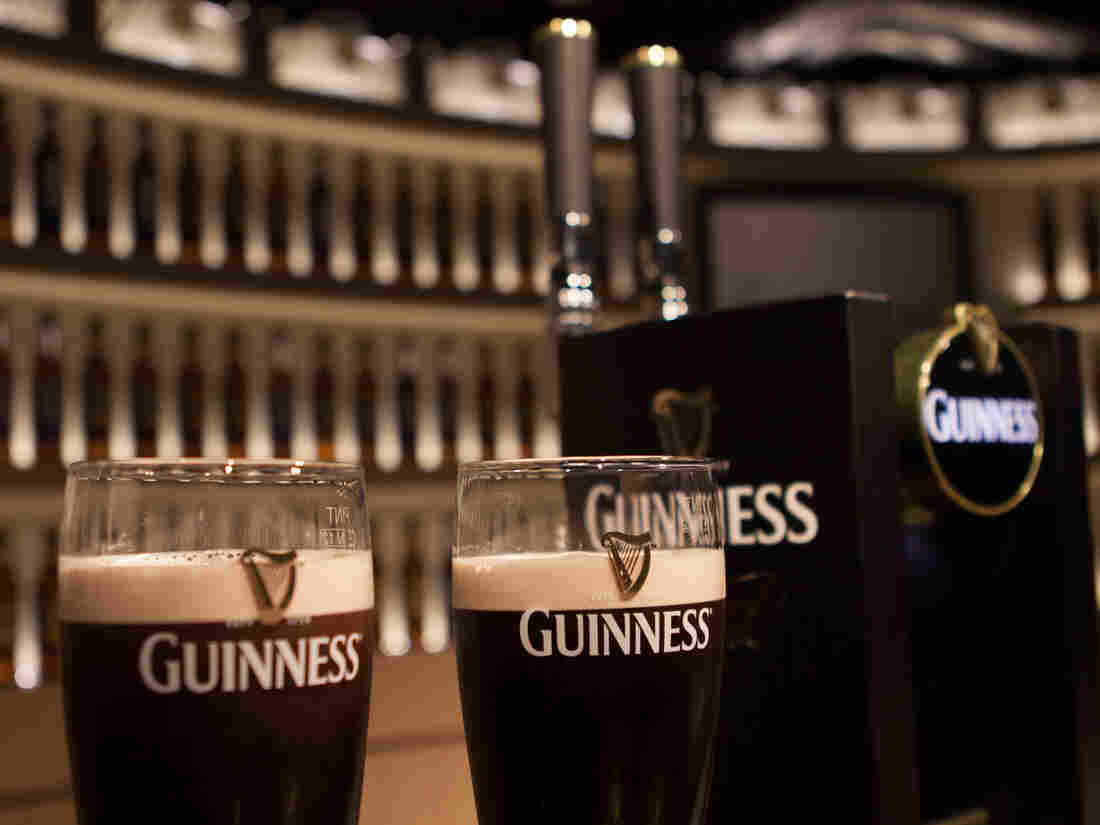 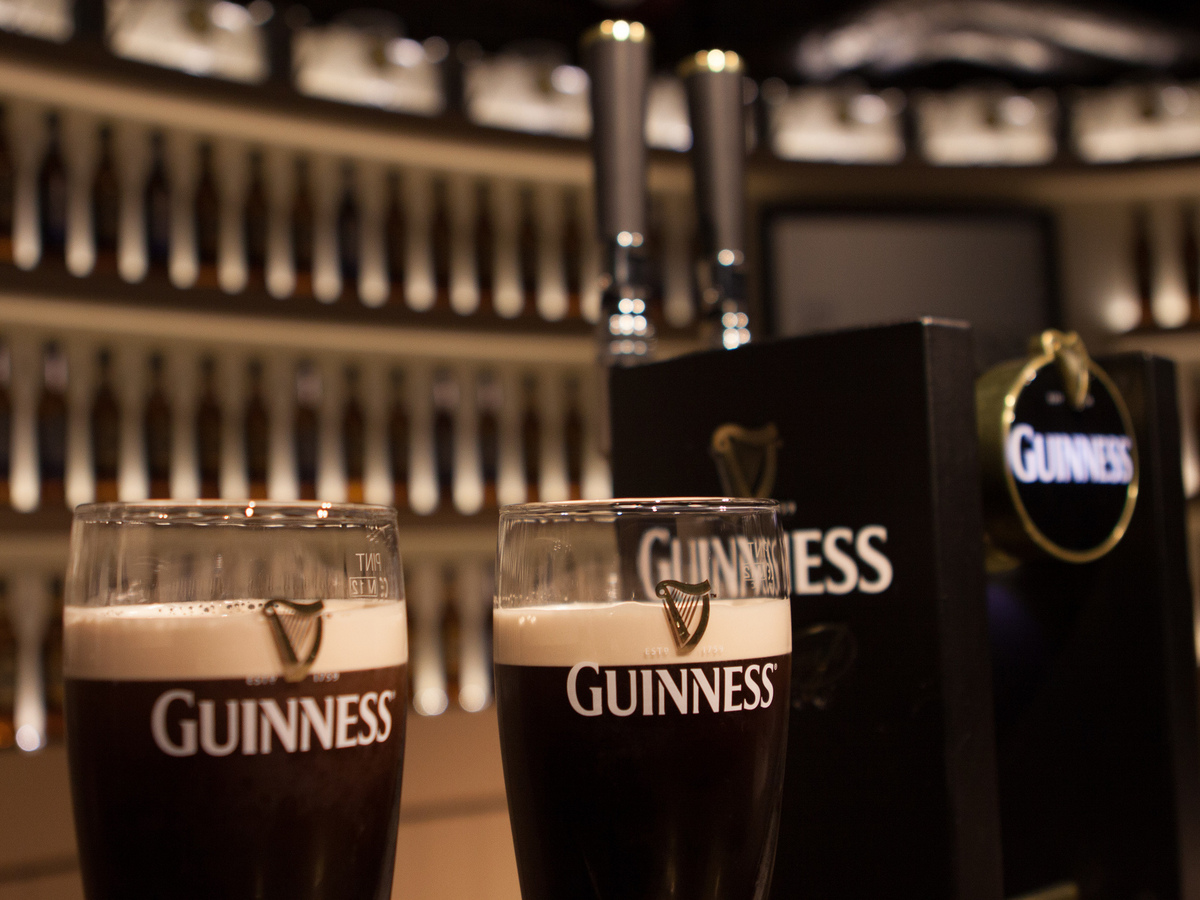 Beyond ingredients and recipes, Guinness has used aggressive exporting and clever marketing to become a global brand.

When it comes to tourism, Ireland punches well above its weight.

Last year, the tourists who visited the island outnumbered residents by about 3 million. They went to see the Cliffs of Moher, Blarney Castle and the Ring of Kerry, the 111-mile scenic circular route in the southwest. But the biggest attraction was the Guinness Storehouse in Dublin. 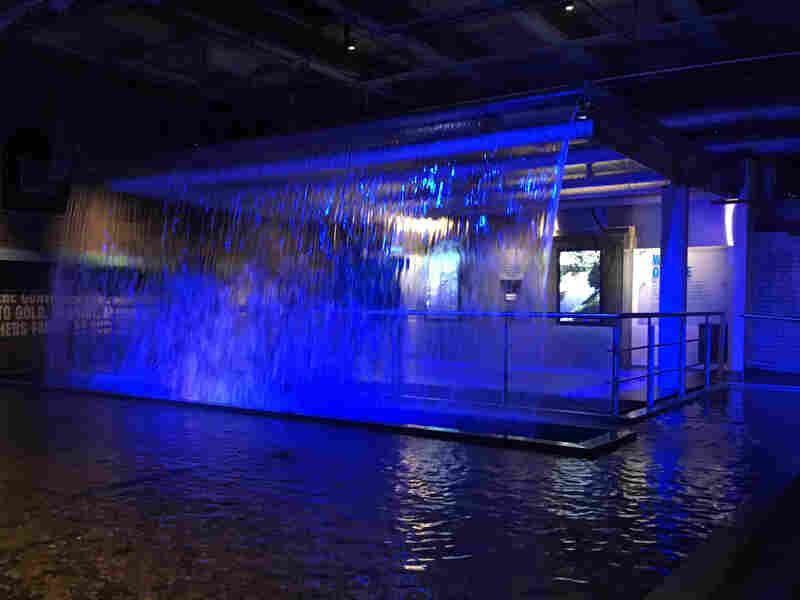 A waterfall bathed in blue light greets visitors at the Guiness Storehouse in Dublin — a symbol of the water from the nearby Wicklow Mountains that Guinness uses to brew its stout. Frank Langfitt/NPR hide caption 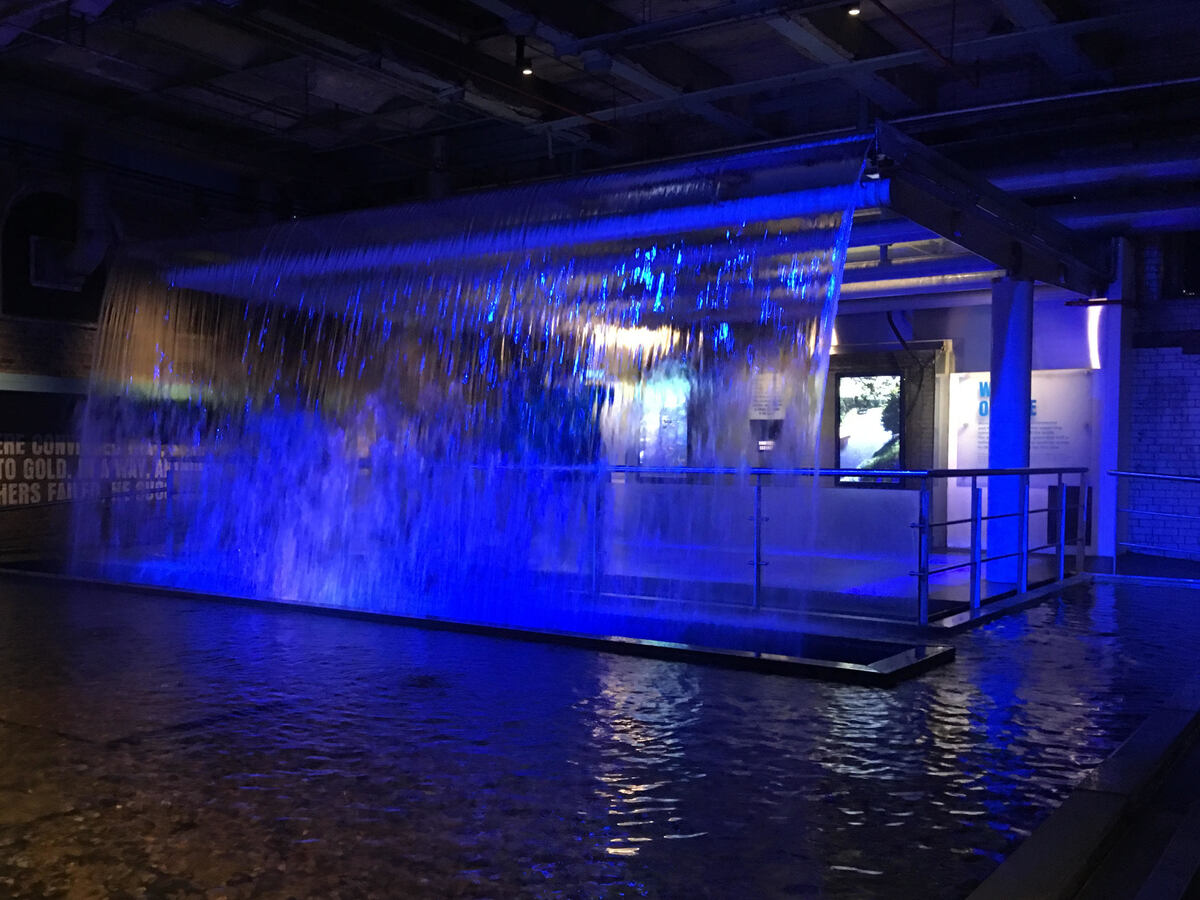 A waterfall bathed in blue light greets visitors at the Guiness Storehouse in Dublin — a symbol of the water from the nearby Wicklow Mountains that Guinness uses to brew its stout.

One of the first things you notice when you walk into the storehouse is a waterfall bathed in blue light — a symbol of the water from the nearby Wicklow Mountains that Guinness uses to brew its stout.

The storehouse is a cross between a museum and an interactive marketing campaign.

Upstairs, ingredients are vaporized so that visitors can smell individual flavors.

Colm O'Connor, a beer specialist, explains some of the aromas: "This is hops. I'm getting slightly grassy notes. Floral, it would definitely remind you of the garden. In terms of flavor, it's going to give a bitterness."

Beyond ingredients and recipes, Guinness has used aggressive exporting and clever marketing to become a global brand.

In the 1950s, the company's managing director, Hugh Beaver, was on a hunting trip. He got into an argument with his hosts over which game bird was the world's fastest. O'Connor says it was the sort of debate that is common in pubs across Ireland. As O'Connor tells it:

"A marketing light bulb went off in his head. You know what we should do? We'll formulate some kind of compendium of superlatives that we can place behind a bar that will resolve all of these pub debates and it'll be a nice bit of free PR. We'd put the Guinness name on it."

And so, the Guinness Book of Records was born.

Another thing that sets Guinness apart is the trademark pour. It's a two-step process that takes nearly two minutes.

"The reason we pour a pint of Guinness in two parts is because if we poured it in one fell swoop, the head would be too big," O'Connor explains. He says the beer, which uses nitrogen to provide the creamy head, needs time to settle.

He instructs me to tilt the glass at 45 degrees, fill it partway and then stop.

"You need to be patient at this stage. I would suggest you look elsewhere. Don't look at the pint," he says.

Once the head settles, O'Connor tells me to flip the tap in the other direction, releasing more beer, but with fewer bubbles."Just a little bit more," he says. "Great stuff. You see that little lip, there is like a little shadow forming there," O'Connor adds, referring to the head.

"Although," I say, "if we were in a real Irish pub it would overflow and then end up on the floor."

"No, no, no, that wouldn't be a real Irish pub at all," says O'Connor. "That's called 'alcohol abuse' in Ireland."

While Guinness is still the world's best-known stout, sales have been generally flat over the past five years. Global sales for all beer have been trending down slightly over that time, mainly due to weakness in the Chinese market, the world's largest by volume.

This means the storehouse serves as an important tool for marketing to the more than 1 million people who visit each year.