Accessibility links
Meet The Fearless Cook Who Secretly Fed — And Funded — The Civil Rights Movement : The Salt Georgia Gilmore organized black women to cook without raising the suspicions of their white employers, and poured the proceeds into an alternative transportation system for Montgomery bus boycotters. 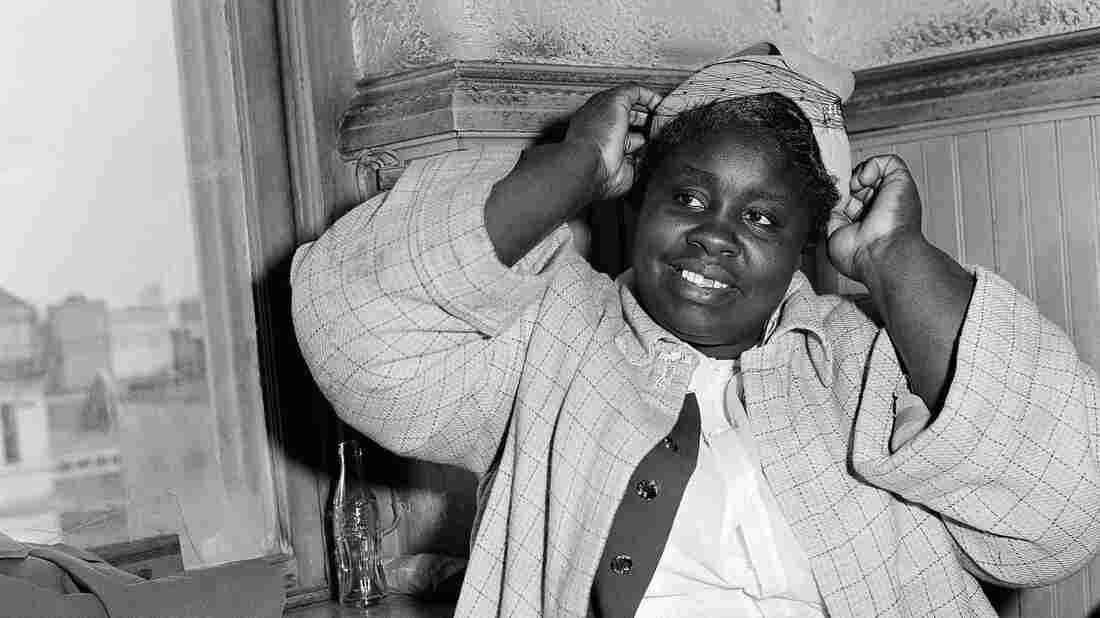 Georgia Gilmore adjusts her hat for photographers in 1956 during the bus boycott trial of Rev. Martin Luther King Jr. in Montgomery, Ala. She testified: "When you pay your fare and they count the money, they don't know the Negro money from white money." AP hide caption 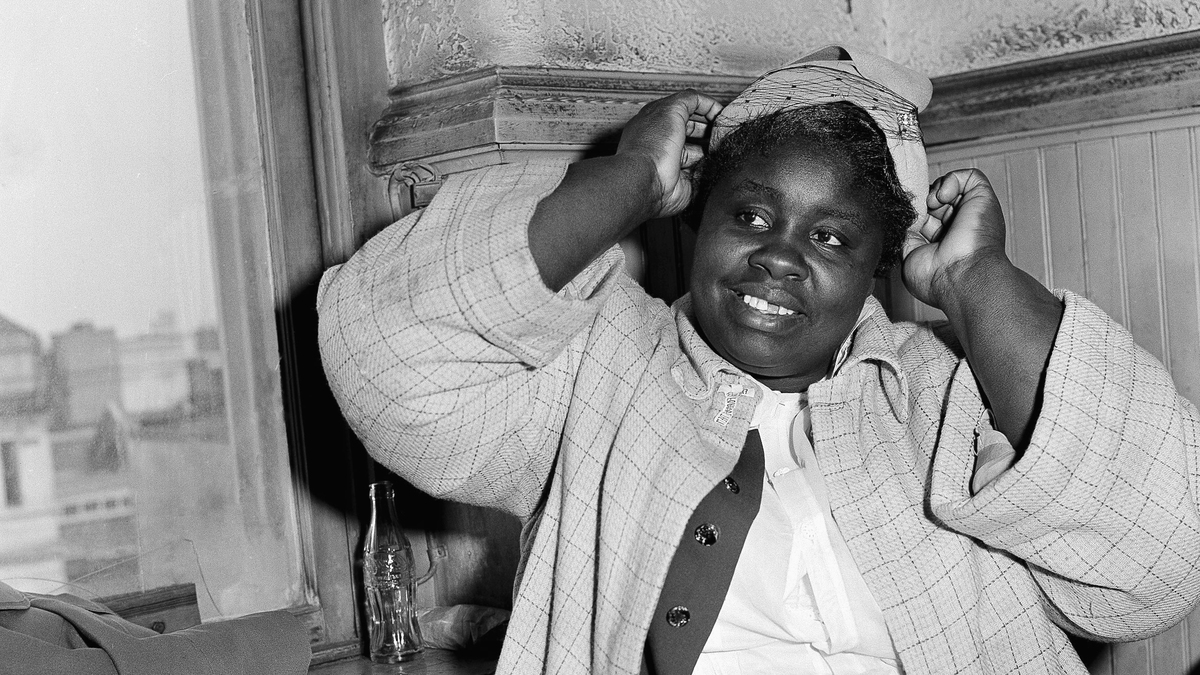 Georgia Gilmore adjusts her hat for photographers in 1956 during the bus boycott trial of Rev. Martin Luther King Jr. in Montgomery, Ala. She testified: "When you pay your fare and they count the money, they don't know the Negro money from white money."

In December 1955, after Rosa Parks refused to give up her seat on a Montgomery, Ala., bus to a white man, the Rev. Martin Luther King Jr. and other black ministers and community leaders organized a citywide bus boycott in protest. That part is well known.

Less well-known is the story of Georgia Gilmore, the Montgomery cook, midwife and activist whose secret kitchen fed the civil rights movement.

When King and others held meetings of the Montgomery Improvement Association at the Holt Street Baptist Church, Gilmore was there, selling fried chicken sandwiches and other foods to the African-American men and women gathered there who'd pledged not to use the city's buses until they were desegregated. Gilmore poured those profits back into the movement, as John T. Edge recounts in his book The Potlikker Papers: A Food History of the Modern South.

"In the process, her home kitchen became a locus for change," writes Edge, the director of the Southern Foodways Alliance, which is based out of the University of Mississippi and documents the intersection of food and culture in the South.

Gilmore organized black women to sell pound cakes and sweet potato pies, fried fish and stewed greens, pork chops and rice at beauty salons, cab stands and churches. "She offered these women, many of whose grandmothers were born into slavery, a way to contribute to the cause that would not raise suspicions of white employers who might fire them from their jobs, or white landowners who might evict them from the houses they rented," Edge says.

The money they raised helped pay for the alternative transportation system that arose in Montgomery during the 381-day bus boycott: hundreds of cars, trucks and wagons that ferried black workers to and from their jobs across town each day. Gilmore's cooking helped pay for the insurance, gas, wagons and vehicle repairs that kept that system going.

She called the group of women who worked with her in this project "The Club from Nowhere" because, as Betty Gilmore, Georgia's sister, told Edge years later, "It was like, 'Where did this money come from? It came from nowhere."

Gilmore would attend MIA meetings at the church and announce how much she'd raised that week, eventually inspiring another group of women in town to start a similar endeavor, Edge says. 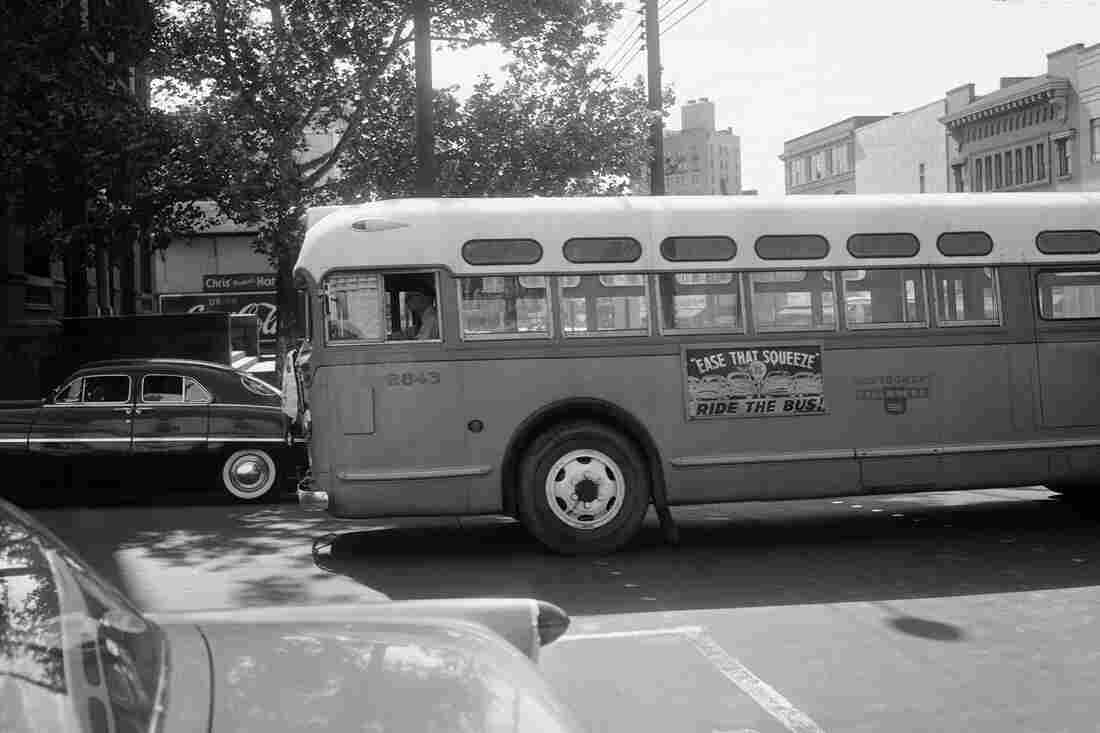 A bus driver is all alone as his empty bus moves through downtown Montgomery, Ala., in April 1956 during the boycott. Georgia Gilmore's cooking helped fund an alternative system of transportation that arose for the city's African-Americans during the boycott. Horace Cort/AP hide caption 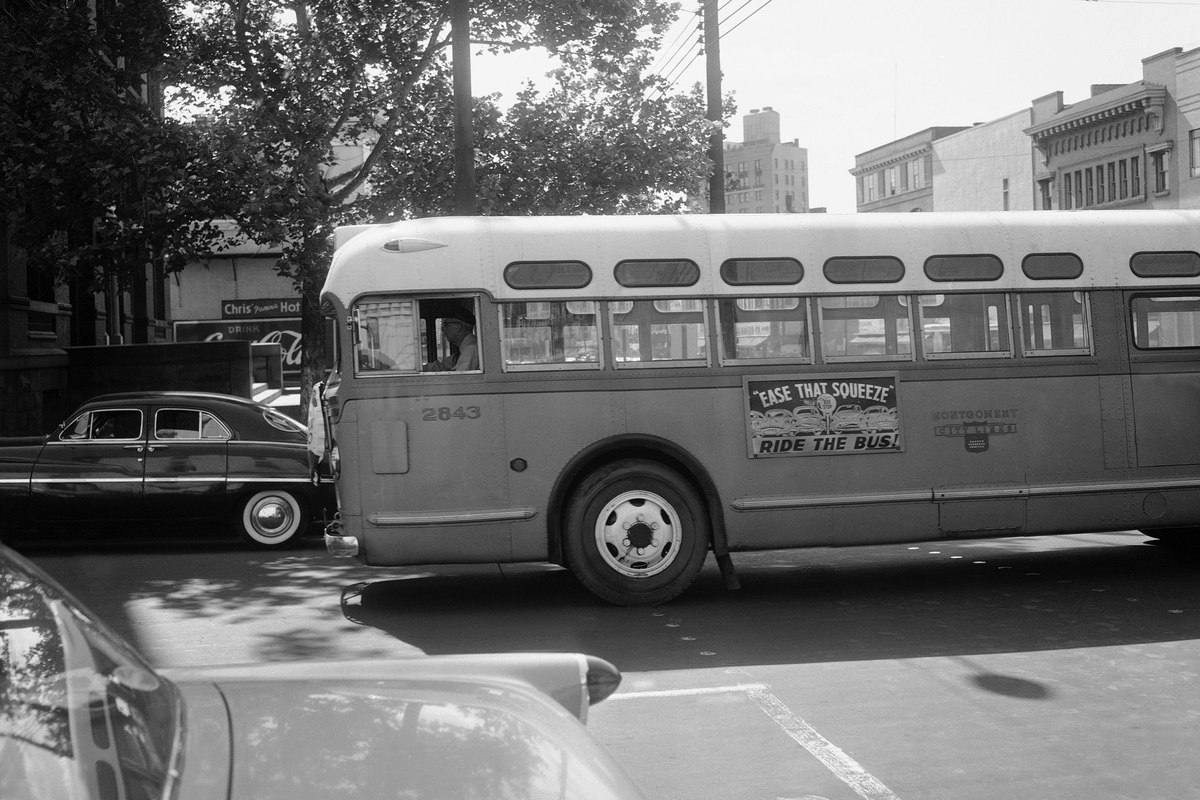 A bus driver is all alone as his empty bus moves through downtown Montgomery, Ala., in April 1956 during the boycott. Georgia Gilmore's cooking helped fund an alternative system of transportation that arose for the city's African-Americans during the boycott.

In February 1956, a Montgomery County grand jury indicted King and dozens of other boycott leaders for unlawful conspiracy. Gilmore was among those who testified at King's trial. As the late Rev. Al Dixon told NPR in 2005, "Everybody could tell you Georgia Gilmore didn't take no junk. You pushed her too far, she would say a few bad words. You pushed her any further, she would hit you."

Gilmore brought that fighting spirit to the courtroom. She fearlessly denounced the white bus driver who had kicked her off a city bus from the witness stand. "When I paid my fare and they got the money, they don't know Negro money from white money," she told the judge.

The testimony made Gilmore a hero to local blacks, Edge says. But "in the white world she became a pariah." Gilmore lost her job as a cook at the National Lunch Company – though Edge says it's not clear whether she was fired or resigned "knowing her testimony would lead to her dismissal."

King lived a few blocks from Gilmore and was a fan of her cooking and her activism. "Whenever VIPs would come to town, he would always have Miss Gilmore cook up a batch of chicken," Nelson Malden, King's one-time barber in Montgomery, recalled in a 2005 interview with NPR. "When she was fired from her restaurant [job], Rev. King said, 'Well, why don't you go into business for yourself?' "

So she did. With King's support, Gilmore turned her house into an informal restaurant.

"Gilmore's house became a clubhouse for King," Edge writes, and often the first stop for people in the civil rights movement who visited Montgomery. "When King arrived in Montgomery during the 1965 march from Selma, he beelined to Gilmore's kitchen for pork chops."

Gilmore died on the 25th anniversary of the civil rights march from Selma. She'd spent the morning preparing chicken and macaroni and cheese to feed people marching in observation of the anniversary. Her family served that food to those who came to mourn her.