Accessibility links
Food Industry Vets Offer Support As Addiction Rises Among Workers : The Salt Food service is fueled by high stress and late hours; it's easy to see how people in the industry can be susceptible to alcohol and drug abuse. Some who've been there are now offering help to others.

In An Industry Rife With Substance Abuse, Restaurant Workers Help Their Own

In An Industry Rife With Substance Abuse, Restaurant Workers Help Their Own 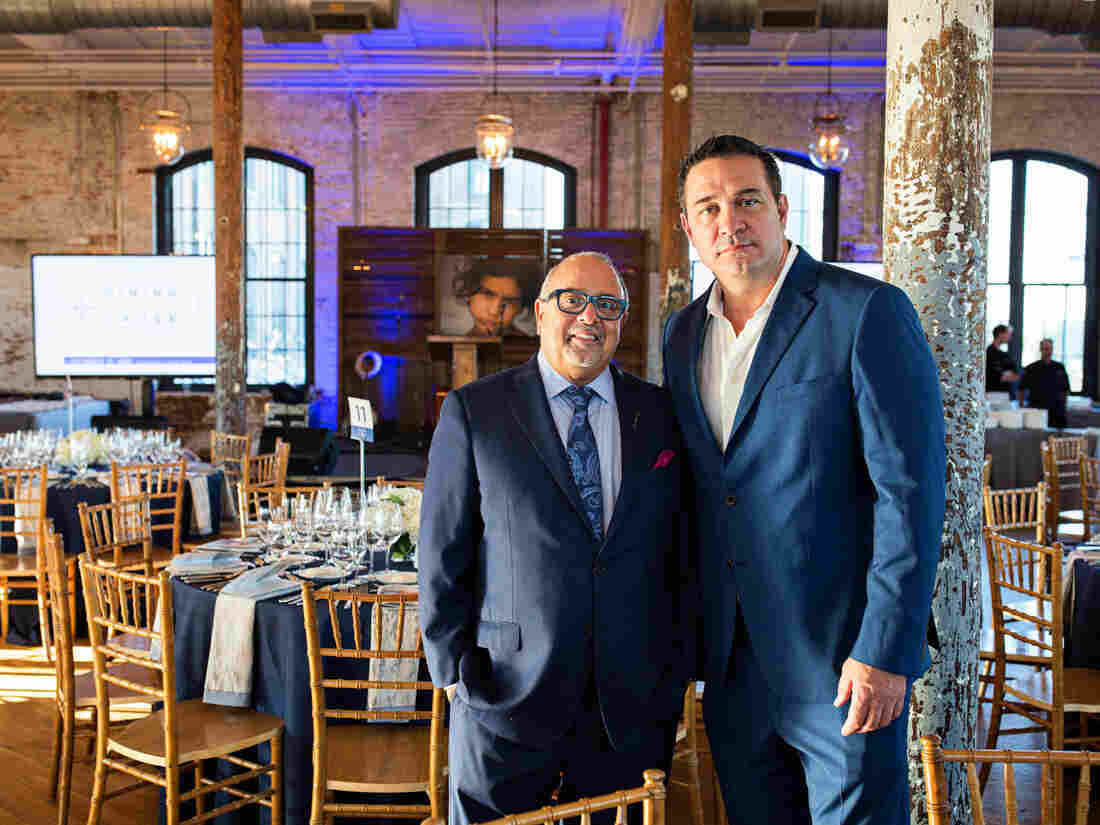 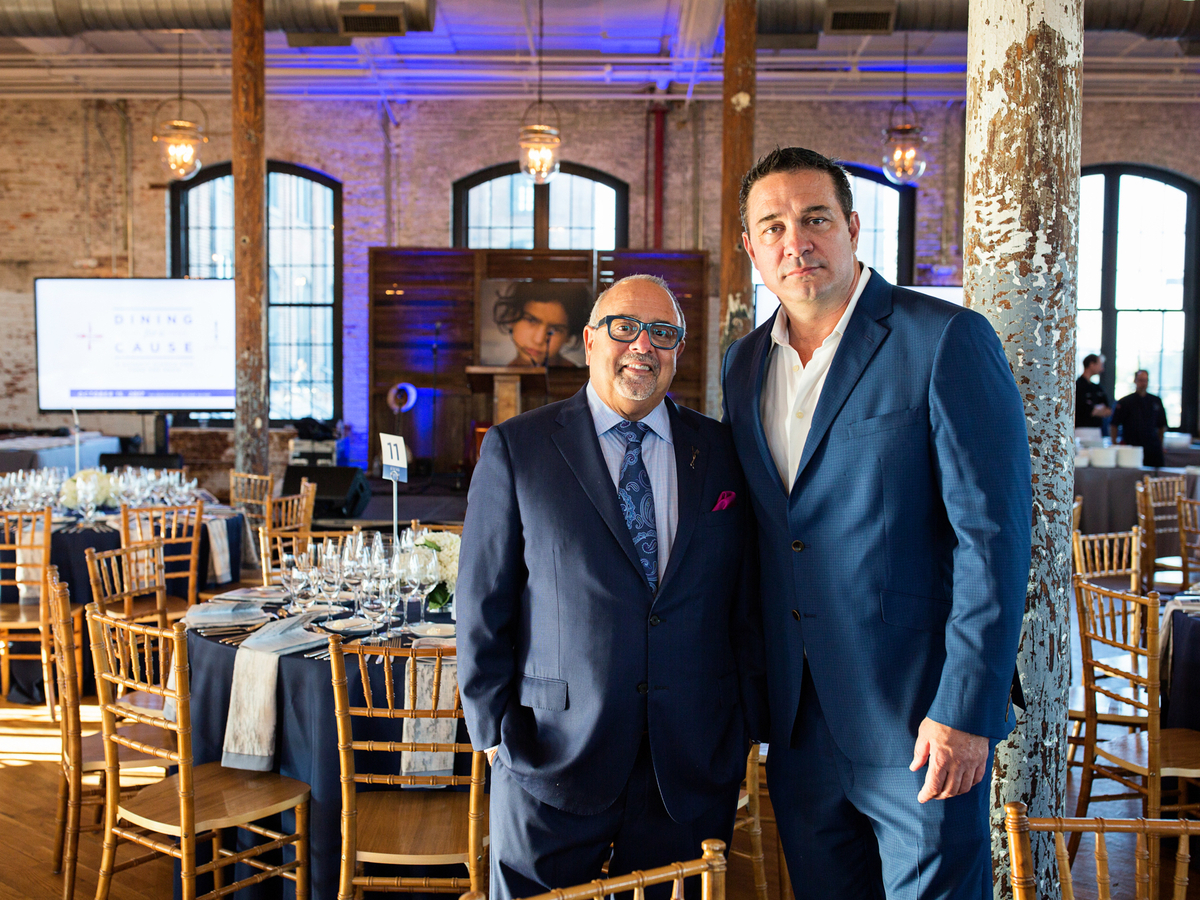 Where alcohol is eschewed in most places of employment, it's a constant in restaurants. And the late night culture means that most socializing happens at bars after work hours. "We're an industry that's a little bit different," says Mickey Bakst, general manager of Charleston Grill in South Carolina. But this also means restaurant employees are at serious risk for problems with substance abuse.

Bakst is a recovering alcoholic. When he first started attending Alcoholics Anonymous meetings in 1982, he didn't see another person from the restaurant industry. "Nobody knew what it was like to go home at one in the morning and be so wide awake that I couldn't sleep," he recalls.

But in 2016, after Charleston chef Ben Murray killed himself after struggling with addiction and depression, Bakst and restaurateur Steve Palmer decided to start a support group of sorts to keep it from happening again.

Ben's Friends, as the organization is called, now has Sunday meetings in three cities in South Carolina and Georgia. Bakst describes the meetings as "open-ended, gut wrenching at times, discussions about the difficulties of working in the industry." They might talk about what to do when you're in recovery and at work in the kitchen and the restaurant is packed, your chef is screaming. "You're doing everything you can to stay sober but the stress level is through the roof."

It's kind of like AA, but tailored to the restaurant business — their only requirement is that attendees have a desire to overcome their addiction.

"You need someone who gets that, and understands the specific pressure of being surrounded by alcohol and revelry and drugs all the time," says Kat Kinsman, senior food and drinks editor for Extra Crispy. In 2016, Kinsman also founded Chefs with Issues, a resource dedicated to de-stigmatizing mental health issues in the industry by providing a safe space for restaurant workers to share information and discuss their problems.

She has been open about her own experiences with depression and anxiety and wrote a book called Hi, Anxiety. She frequently had chefs confide in her about their own struggles and wanted to create a forum to publicize how rampant addiction, mental illness, and other issues are for people in the restaurant industry.

According to a 2015 study by the Substance Abuse and Mental Health Services Administration, the food service and hospitality industry has the highest rates of substance use disorders and third-highest rates of heavy-alcohol use of all employment sectors.

But until recently there weren't many resources dedicated toward helping restaurant industry professionals with these challenges.

Kinsman launched a mental health survey on Chefs with Issues which got over 100 responses in 24 hours and now, almost exactly two years later, has thousands of responses. "The big takeaway was that so many people were suffering and the vast majority didn't want to talk to their colleagues or other people in the industry about it," she says.

Kinsman was also surprised at how few resources people had to get help. "We kind of knew people in restaurants didn't have insurance but it was even worse than I thought," she explains. "Even if they wanted to get help, it doesn't mean there's something there and affordable and that there's something available when they can do it."

As for why there are so many people "with issues" in the restaurant industry, it's a chicken and egg situation. "This is the one industry that remains where there's no barriers to employment. If you're willing to work, you can get a job — you don't need a grasp on English or a high school degree," says Kevin Finch.

Finch is the executive director of Big Table, an organization in Washington State that takes a two-pronged approach to help individuals and community building among industry professionals. They host regular dinners where the people who serve others are, for once, waited on. Big Table volunteers use the dinners and other opportunities to ask industry professionals to refer those who need help. That help can range from paying a phone bill or replacing a stolen bicycle to repairing a mouthful of damaged teeth.

Big Table also has a team of volunteers who meet regularly with industry workers who are struggling mentally, and can mobilize professional resources to help them. There are many reasons that someone working in a restaurant might be floundering but the one thing they have in common is how many of them can benefit from a little help. As Finch says, "With no barriers, you end up with the most vulnerable populations under one roof."

Even organizations like Atlanta's The Giving Kitchen, whose initial intent was to provide assistance for restaurant employees who can't work because of a serious illness or accident or were involved in natural disasters, has ended up becoming an emergency resource for people with drug and alcohol issues or mental illness.

"It wasn't part of the plan but became a necessity," says executive director Bryan Schroeder. Enough people called asking for help in these areas that they've developed an extensive resource network stored on computers and notebooks in the office. They're now working on making that information, which they refer to as SafetyNet, public through a website that they hope to launch in the next few months.

Many of these groups work on a hyper-local level and there are still many parts of the country without dedicated on-the-ground help for restaurant employees. Those outside the area of coverage for the time being have to rely on support from things like the Chefs with Issues Facebook group, which provides an online version of a support group. This is not ideal but everyone seems to agree that bringing the restaurant community together to support each other makes a big difference. And it's best when that community is the one in your neighborhood.

As Schroeder describes Giving Kitchen, "It's small enough to build a community but broad enough to service thousands and, we hope one day, millions."

People in the restaurant business often put everything else above their own needs, so maybe helping each other will catch on. "Kitchen people are some of the best humans in the world and are generous and kind-hearted and feeding everybody but themselves," Kinsman says.