Accessibility links
U.K. Lawmakers Want To Battle Waste With A 'Latte Levy' On Disposable Cups : The Salt The British Parliament is considering a 34-cent tax on to-go cups to encourage diners to bring their own reusable containers. The goal is to replicate the success of Britain's tax on plastic bags. 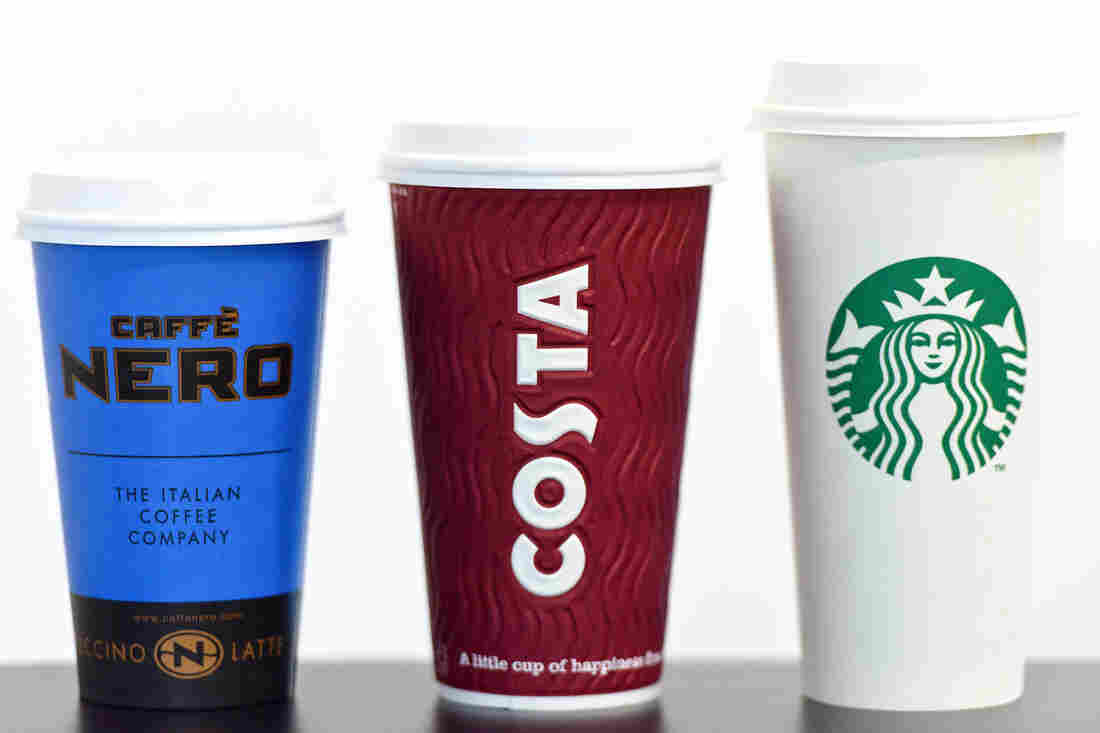 A grande Cafe Nero, large Costa Coffee and venti-sized Starbucks to-go cups sold in London. The U.K. Parliament is considering a tax on disposable cups in an effort to cut down on waste. Ben Pruchnie/Getty Images hide caption 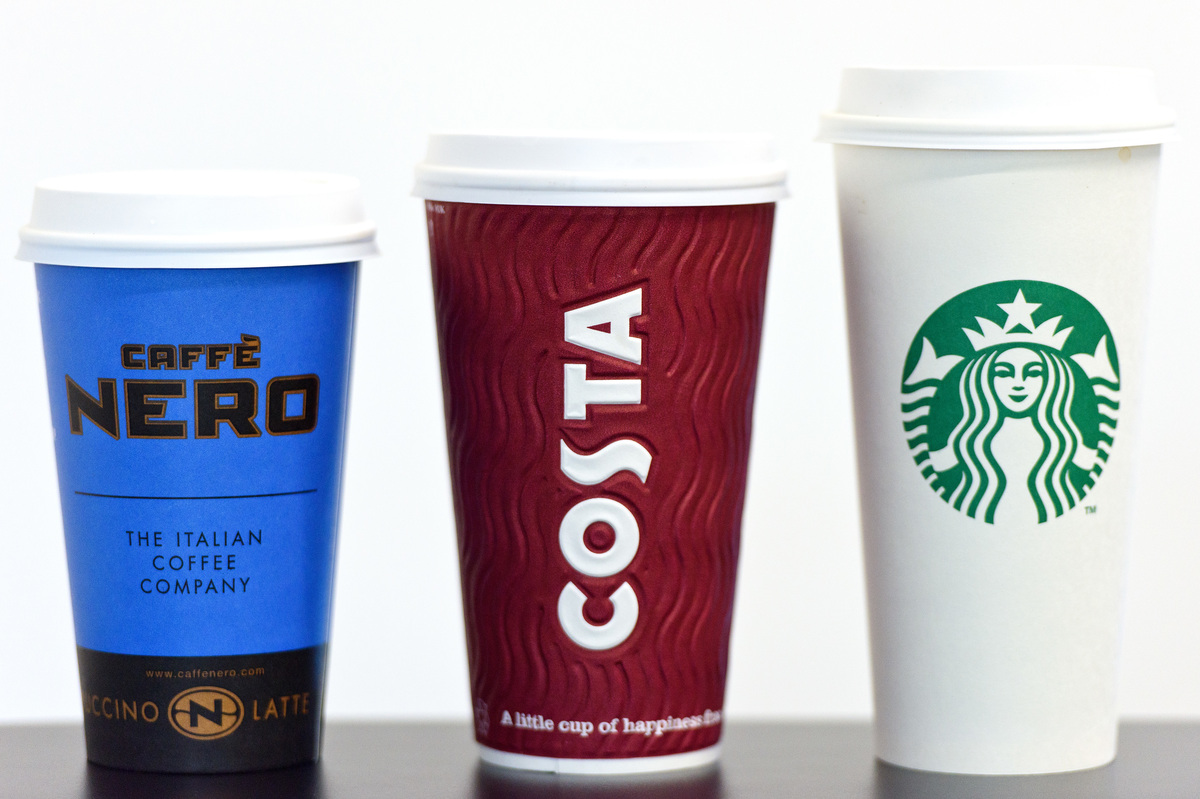 A grande Cafe Nero, large Costa Coffee and venti-sized Starbucks to-go cups sold in London. The U.K. Parliament is considering a tax on disposable cups in an effort to cut down on waste.

Lawmakers in the United Kingdom are debating a new tax on disposable cups in an effort to cut down on waste.

While the so-called "latte levy" is controversial, the goal is to replicate the success of Britain's tax on plastic bags; their use has declined by 80 percent since the tax was introduced in 2015. Proponents of the tax say it would encourage people to carry around their own reusable cups rather than use disposable ones, which in their current form are difficult to recycle.

Simon Ellin, chief executive of The Recycling Association, tells Here & Now's Jeremy Hobson that the law is designed to shift consumer behavior towards the cheaper, more environmentally friendly option, though he admits the proposal does have its limitations.

"Human nature says if it's going to cost you more, then you would take the cheaper option and that would be for you to bring your own mug," he says. "I'm probably as guilty as anybody when I'm catching a train or on the road, I probably would always have a [disposable] coffee cup with me." But the point of the tax, he says, is "changing the way that the general public [perceives] waste and recycling."

The British Parliament issued a report earlier this month proposing a 34-cent (25-pence) tax, which would amount to about 10 percent on every cup sold. By comparison, the British tax on plastic bags is 7 cents (5 pence) per bag.

According to the report, 2.5 billion disposable cups are tossed out each year in Britain alone, and that number is expected to rise given the growth of coffee shops in the U.K. in recent years. (There are more than four times as many coffee shops today as there were in 2000.)

Disposable cups have a plastic lining that makes them waterproof, which means they cannot be processed by most recycling facilities, the report notes. As a result, most of them end up in landfills or are incinerated.

The report also points out that many people mistakenly think coffee cups are recycled when they are disposed of in recycling bins. As The New York Times notes:

"A 2011 consumer survey cited by the lawmakers found that eight in 10 consumers were laboring under the misconception that disposable cups were being recycled, and that most consumers tried to discard their cups in recycling bins. The report found that fewer than one cup in 400, or 0.25 percent, gets recycled."

Right now, Britain is home to just two facilities capable of recycling disposable cups by stripping the plastic from the paper, Ellin says. He says many to-go cups contain drink residue that makes them difficult to recycle.

"Just because you design a recyclable coffee cup doesn't necessarily mean that it will be recycled," he says.

And if drink residue in a disposable cup spills over onto other containers in a recycling bin, it can make them harder to recycle, too, Ellin says.

Earlier this month, Starbucks said it would experiment with a 5-pence paper cup charge in 25 London stores starting in February. The company already offers a discount for customers who use reusable cups, as do other coffee chains.

And McDonald's recently announced it will produce all of its packaging from recycled or sustainable materials by 2025.

"One of the things we're looking at is cups," says Francesca DeBiase, the fast-food giant's chief sustainability officer. "There's been a lot of work in the industry related to cups and finding a cup for cold drinks that lasts as long as our customers may want to keep their cup in their car throughout the day. That's been a challenge for us."