Accessibility links
What's The Science Behind Personalized Diets Based On Your DNA? : The Salt There's an explosion of interest in personalized diet approaches and at-home test kits are popping up everywhere. Part of the approach includes analyzing your DNA, but genes can only tell us so much. 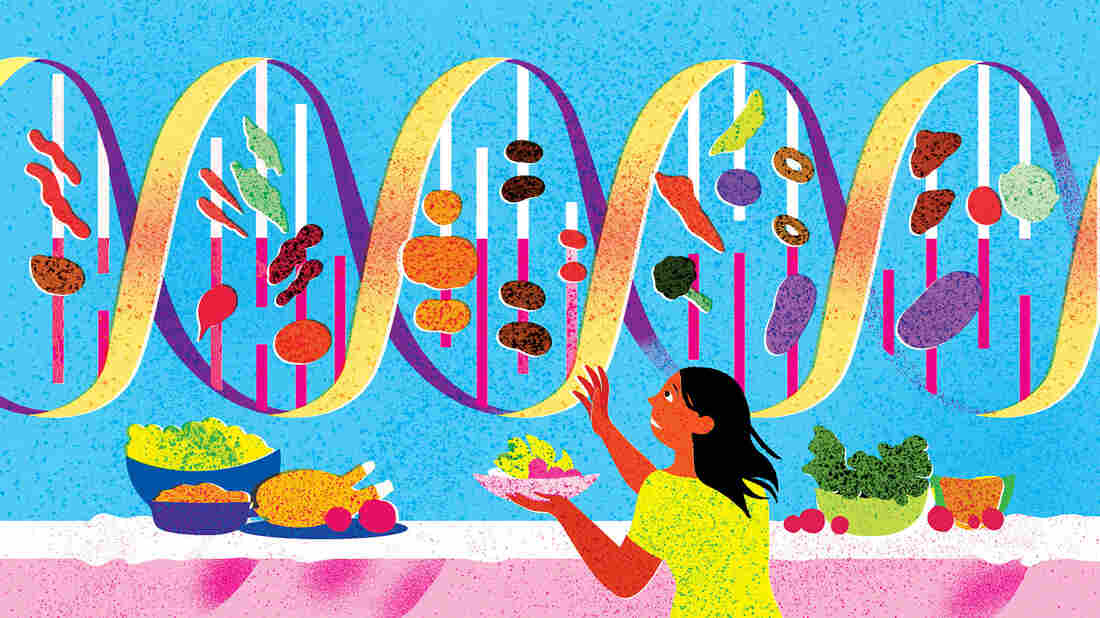 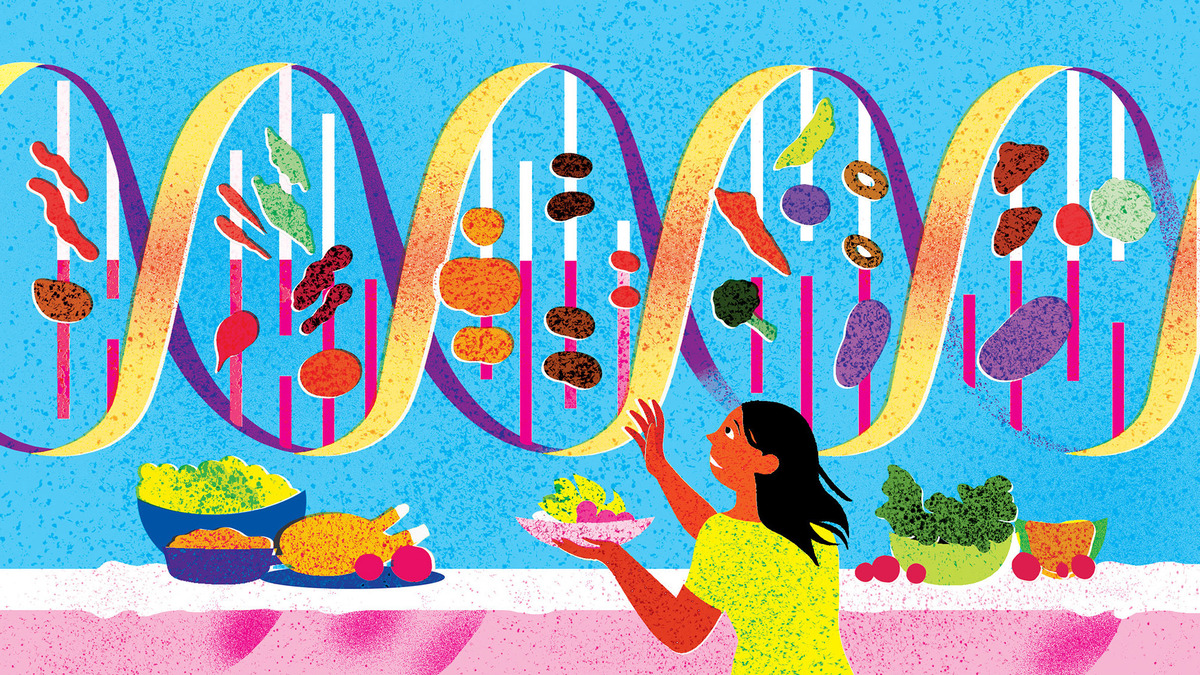 The idea that each of us has a unique nutrition blueprint within our genes is a delicious concept.

Perhaps, this helps explain the growth in personalized nutrition testing and services such as Habit, Profile Precise and Nutrigenomix.

So, what exactly can these tests tell you?

Kimberly Desjardine, 52, decided to try Habit last fall. She's very active. She plays tennis, practices yoga and walks regularly. "But as I've gotten into my 50s, it's been increasingly harder for me to keep those extra few pounds off." She was intrigued by the idea of diet advice based on her biology.

To get the process started, she used an at-home test kit to take blood and DNA samples. The kit instructs customers to take blood samples both before and after drinking a sugary, high-fat, test drink.

Once her samples were analyzed, she was categorized by Habit as a "Protein Seeker." It's one of seven diet types including Fat Seeker, Balance Seeker, and Range Seeker that Habit assigns.

"For me, the biggest 'a-ha' coming out of the test was that ... I need more protein than the average person," Desjardine says. Part of the testing showed that her response to starch and sugar was not ideal, so high-protein foods should be at the center of her plate. This meant she cut back on breads and other starchy foods, too.

The testing also showed that Desjardine has a variant of a gene that makes her sensitive to caffeine. "The information makes me think twice about having tea in the afternoon," Desjardine says. She had already realized that too much caffeine could keep her awake, but the new information confirmed her instincts. "The knowledge is good. It just gave me that extra 'a-ha.' "

The Habit approach is based on a bunch of different types of tests, not just genetic tests.

For instance, the caffeine test is based on DNA. But the test that revealed Desjardine's response to starch and sugar came from the fasting blood test that measures glucose response. So, that one is not based on DNA.

"Your genes are part of it," explains Neil Grimmer, the founder and CEO of Habit. In addition to the caffeine sensitivity gene, Habit also analyzes a gene linked to the digestion of lactose, as well as a variant of a gene known as FTO that may predispose people to weight gain.

But Grimmer acknowledges there are limits to what DNA tests can reveal. "So, we take a systems approach. It's a variety of tests we integrate together to give you the recommendation."

Experts say, when it comes to diet advice, it's misleading to say that the blueprint is our genes.

"DNA is important, but it plays a pretty minor role in making personal decisions about food," says cardiologist and dean of the Friedman School of Nutrition Science and Policy at Tufts University Dariush Mozaffarian.

So far, genes only explain about 5 to 10 percent of the risk linked to diet-related diseases such as obesity and type-2 diabetes, he says.

"For basic healthy living, it's not about your genes, it's about your behavior," Mozaffarian says.

Future advances could give new insights, but for now, a personalized diet mostly comes down to factors other than your genes. "It's your age, how much extra weight you're carrying, how you respond to eating starch [and]/or sugar, and potentially even your microbiome, that are much more important," says Mozaffarian.

He says cutting back on snack foods and junk foods that contain lots of refined starch and sugar is good advice for everyone. But, he says, there are significant differences from person to person in blood glucose responses after eating these foods.

So, when Kimberly Desjardine's tests showed her response to these starchy, sugary foods was not great, this was useful, actionable information for her. She says it's nudged her to change her habits for the better.

So, while the marketing of DNA-based nutrition advice may have gotten ahead of the science, Mozaffarian says these personalized services can be beneficial.

"The real value they have is that they get people to stop, and step back and think about eating a healthy diet," Mozaffarian says.