Accessibility links
Can Chopping Your Vegetables Boost Their Nutrients? : The Salt Cutting some veggies can increase their polyphenols, chemical compounds that have antioxidant properties. In theory, higher levels of polyphenols are better for our health. But it's complicated.

Can Chopping Your Vegetables Boost Their Nutrients?

Can Chopping Your Vegetables Boost Their Nutrients? 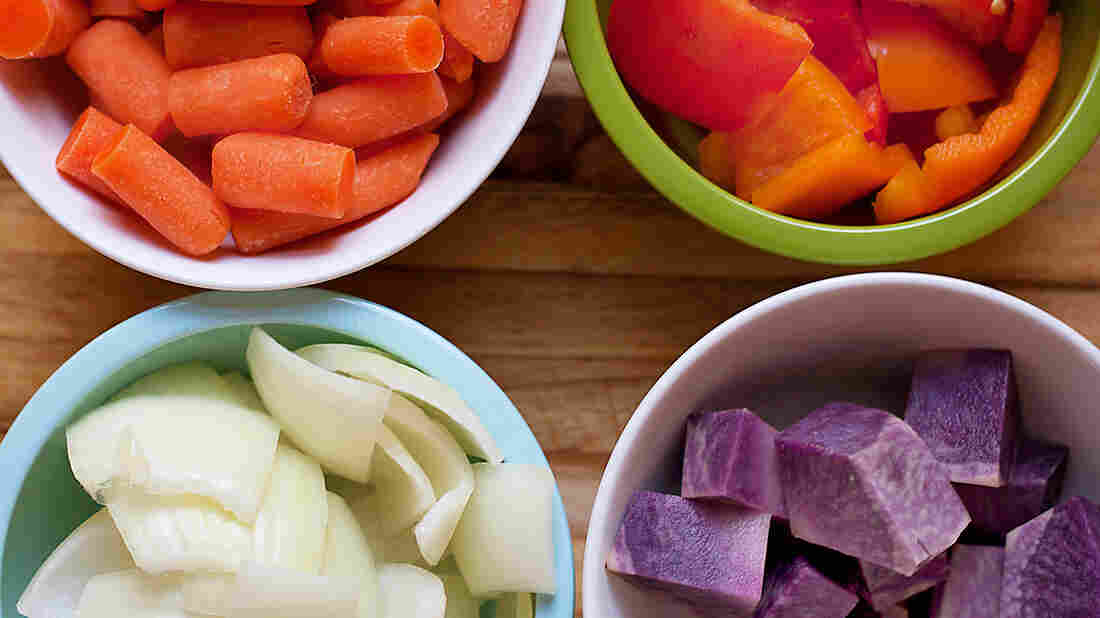 If veggies are chopped or shredded, any health benefits may be too small to be significant. Personal Creations/Flickr hide caption 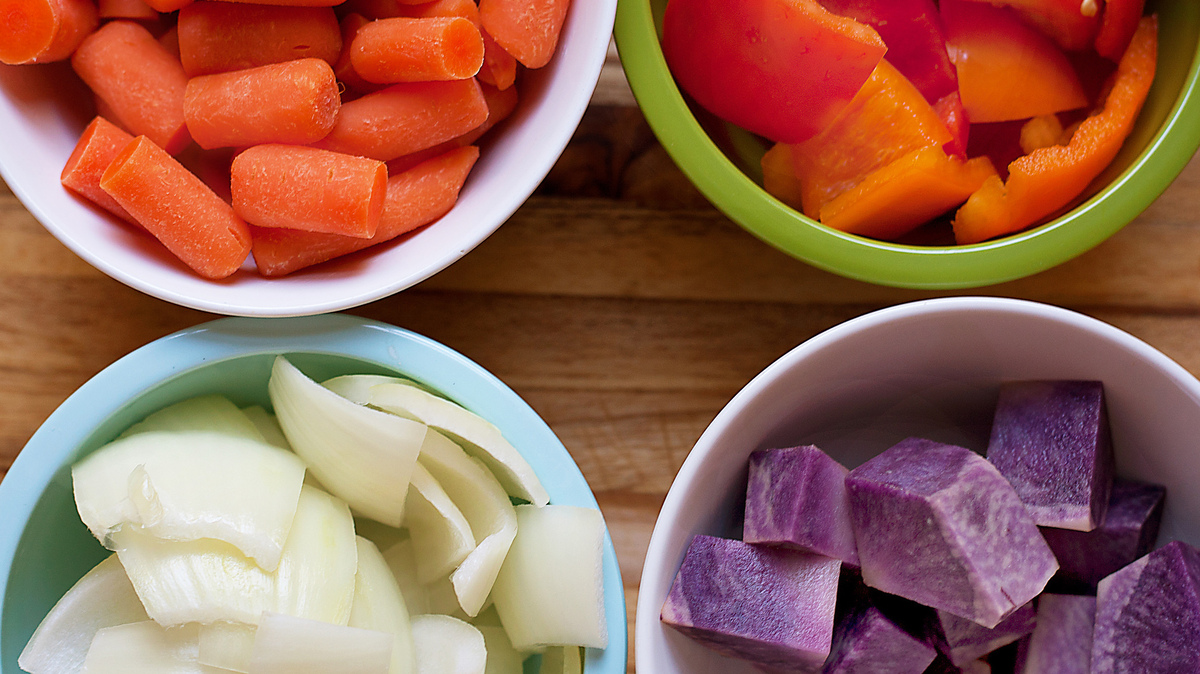 If veggies are chopped or shredded, any health benefits may be too small to be significant.

We all know eating vegetables is a good way to improve health. And for many years, the focus has been on just eating more vegetables, be it fresh, frozen or canned.

But what if there was a quicker and easier way to get more benefit from our vegetables? Can the way we prepare vegetables boost their nutrition? Does tearing or chopping your lettuce make any difference? And, if we chop, does it matter what type of knife we use?

For a long time, we've believed tearing vegetables, especially salad leaves, is the best way to preserve their nutrients. The idea is that tearing leaves disrupts the cells of the plant less than chopping. Chopping slices straight through cells, allowing their contents to spill out. This means nutrients, especially minerals such as potassium, can leak away.

But it's not all bad news for chopping. It has several other effects on vegetables, some of which may be beneficial, at least in theory.

Vegetables contain a wide range of bioactive compounds, a term that extends beyond their nutrients, like vitamin C and potassium, to include the polyphenols.

These compounds are only found in plants and have various roles, including providing color, acting as plant sunscreen against ultraviolet radiation, and giving the plant a bitter taste, which discourages animals from eating it.

Slice, Dice, Chop Or Julienne: Does The Cut Change The Flavor?

Cutting some types of vegetables — notably celery, lettuce and parsnips — can increase their polyphenol content.

There is logic in this. Cutting wounds the flesh of the vegetable and it responds by producing more polyphenols, helping defend the vegetable tissue from further damage. Similarly, if a grazing animal tasted these bitter compounds, it may think twice before taking another bite.

In theory, higher levels of polyphenols (say, from chopping) are better for our health. Polyphenols often make up a large proportion of what are described as "antioxidants," which are thought to help support our body's defenses against inflammation.

But there's a complication. After chopping comes enzymatic browning, the same chemical reaction that turns cut apples, potatoes and avocados brown. That's thanks to the enzyme polyphenol oxidase breaking down the polyphenols, the very compounds you're interested in.

How about chopping and chilling?

Refrigeration might help slow the rate of this browning reaction and so help preserve the potentially beneficial polyphenol content. This works as the cold temperatures in the fridge slow down the chemical reactions, which normally would break down the polyphenols.

On the face of it, this sounds like a great idea: chop up your vegetables and chill them to slow down polyphenol loss (and to stop color changes associated with enzymatic browning).

But the very act of the vegetable producing polyphenols (say after chopping) often involves using up vitamin C. So, nutritionally it could be a case of "robbing Peter to pay Paul," and there may not be any overall benefits.

We also need to look at the actual levels of polyphenol changes brought on by chopping. Although chopping carrots boosts levels by nearly 200 percent, carrots normally contain very small amounts of these compounds to start with.

So, while there may be statistically more polyphenols produced after chopping, practically this increase is largely irrelevant. This is because the quantities in these chopped and chilled vegetables are still only modest, and typically very poorly absorbed.

So, for most people, the key message remains: Keep working toward eating at least five servings of vegetables per day. It is less important if the veggies are chopped or shredded, as any benefits are too small to be significant.

Chopping can affect taste and texture

But chopping (and the rise in polyphenols that come with it) can alter a vegetable's taste. This is because polyphenols have a slightly bitter taste, which not everyone likes.

Chopping can also affect a vegetable's texture, as breaking up the cells releases other enzymes that can cause the structure of the product to break down and become soft and mushy. Refrigeration can slow this effect too.

This is the case with basil, with many recipes recommending tearing rather than chopping or risk bruising the basil as it can alter flavor and texture. The tearing of the leaves seems to damage fewer cells, so lower levels of enzymes are released, and less browning and damage can occur.

There is some suggestion that the type of knife may influence the breakdown of polyphenols and browning. A blunt knife potentially causes more damage to the cells, promoting polyphenol breakdown. So it might be better to use a sharp one.

More significantly, the copper in steel knives can help the polyphenol oxidase enzyme work, causing more rapid browning. So, a ceramic or plastic knife could reduce this effect.